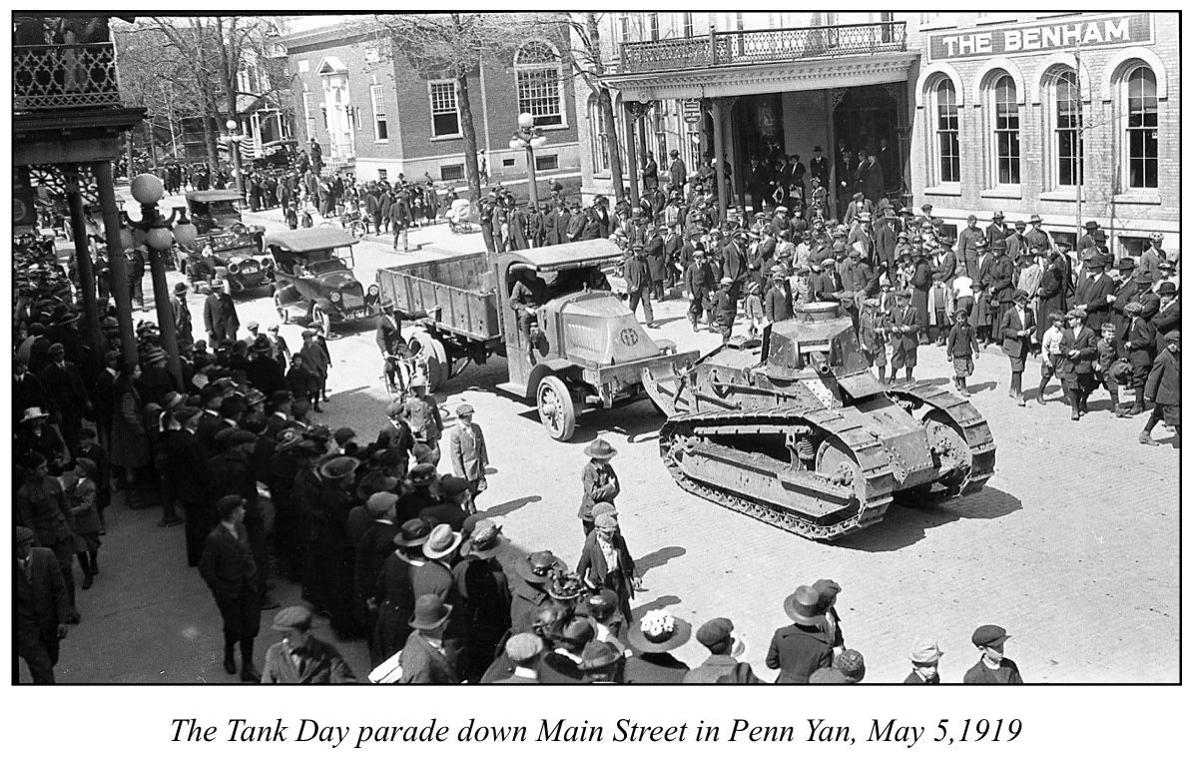 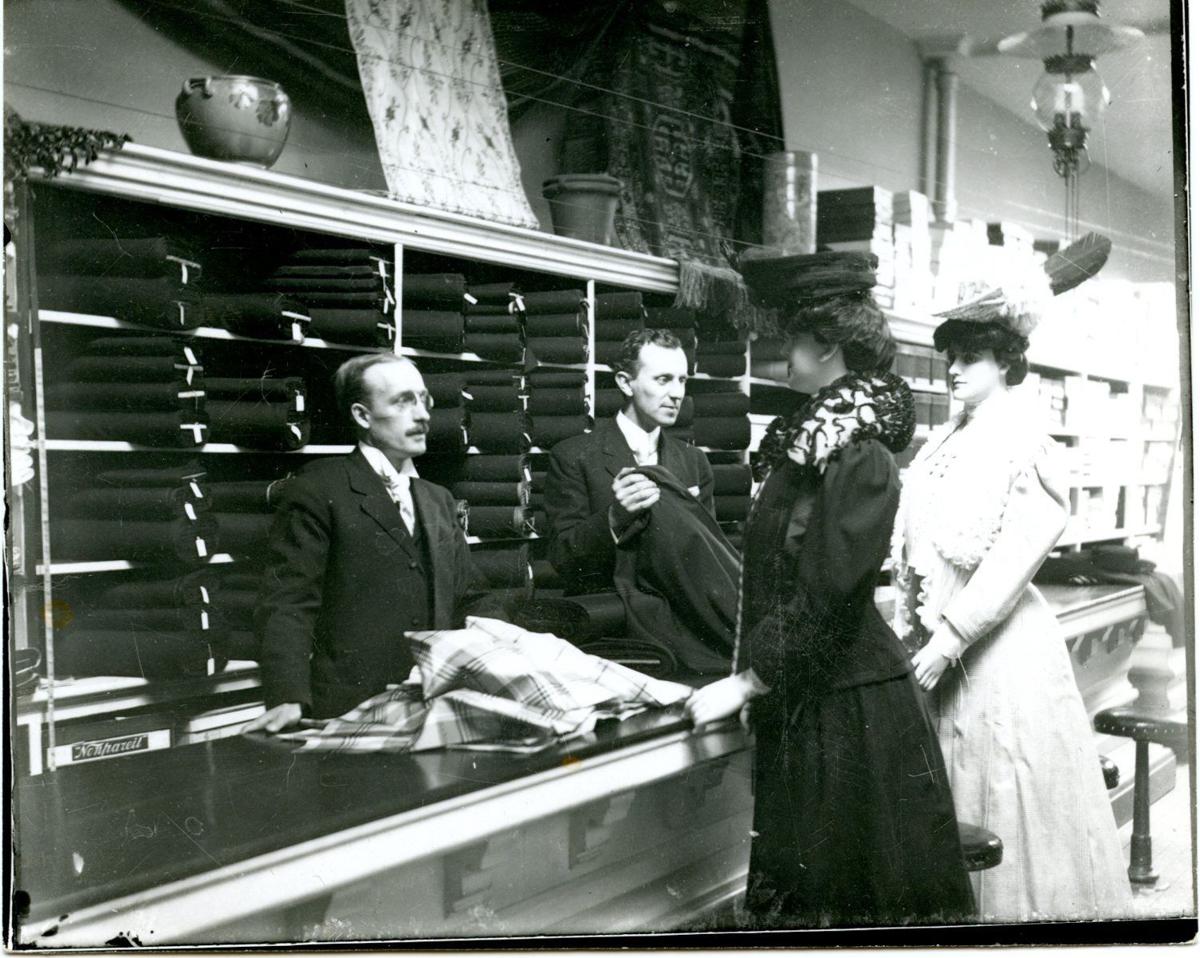 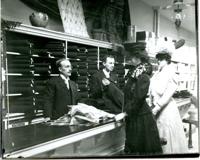 William Stewart and Edward Ludlow wait on mannequins in a posed photo at their store in downtown Geneva.

William Stewart and Edward Ludlow wait on mannequins in a posed photo at their store in downtown Geneva.

According to the Chinese zodiac, the year 2020, which officially begins on Jan. 25, is the Year of the Rat.

For the Finger Lakes Times, which goes by the more widely used Gregorian calendar, 2020 began, as always, Jan. 1 and was almost going to be called the “Q” year.

2020 is our quasquicentennial anniversary — our 125th, that is — and for the various features and special sections that we have planned to commemorate that longevity all year long, we thought about labeling them something cool and hip, like “The Q.” However, harkening back on our area’s rich history, we recalled that the Seneca Army Depot had a top-secret — and highly controversial — area known as the “Q Area” in the 1950s that may or may not have been a storage area for atomic weapons. The Army has never acknowledged whether it was, but some documents discovered recently suggest the Depot housed the second-largest atomic stockpile in the entire United States.

Either way, we thought it better to steer clear of branding our quasquicentennial anniversary “The Q.”

That history, however, is something that we have been extremely proud and privileged to chronicle ever since the first edition of the Geneva Daily Times hit newsstands on Tuesday, May 28, 1895. That is, if there were such things as newsstands back then.

Geneva’s newspaper history actually goes back almost another 100 years to its founding as a village in 1796, when a fellow named Lucius Carey printed the Ontario Gazette for a few years before moving the press to Canandaigua. The Expositor, a weekly publication, started up in 1809, became the Advertiser-Gazette in 1901 and continued until 1914. Other papers included The Geneva American, The Geneva Courier and, probably my favorite name, The Herald of Truth.

M. Jeremiah Dillon established us — that is, the Geneva Daily Times — in 1895. The man who filled my chair at the time, Elon G. Salisbury, wrote these words to readers under a column headlined The City Editor’s Chair: “It is with pleasant anticipations, warranted by the recollections of four years of editorial work in Geneva, that the writer greets his friends through the columns of the Daily Times. Although amid new surroundings and under changed relations, he desires to greet them with the same degree of cheerfulness and for the same object that has been his incentive heretofore and esteems it a pleasure and a privilege to address them through a new and entertaining medium.”

I love it that a newspaper from 125 years ago would be deemed a “new medium.”

Front-page stories of that first edition were about the death of the nation’s Secretary of State, Walter Q. Gresham; a hanging in Baltimore; a murder in New York City; and a boxing match at Coney Island. Local stories included an assault in Seneca Falls and the news that another man in Seneca Falls had learned, through an aunt in Boston who recently had returned from Scotland, that an uncle of his father had died and that he was one of the heirs to the estate.

Inside, there was this, under a small headline Prosperity of Geneva: “The prosperity of Geneva is almost as fully assured as is its reputation as a delightful home for people of refinement and culture. Our new and spacious Opera House — which by the way, will be a monument to its popular promoter and owner, Mr. Wm. Smith — adds to the attractiveness of the place, while the disposition of capitalists to invest in our industries is becoming more and more marked.”

Yes, newspapers have changed in the way things were written, but think about how the world, in general, has changed in 125 years.

In 1895, the first portable, handheld electric drill was developed in Germany, W.E.B. DuBois became the first African-American to received a PhD from Harvard, and George B. Selden was granted the first U.S. patent for an automobile. The first professional American football game was played in Latrobe, Pa., which later would be come home to golf great Arnold Palmer, and a sport called “mintonette” — later known as volleyball — was invented in Massachusetts. Baseball slugger Babe Ruth and comedian Buster Keaton were born, while social reformer and ex-slave Frederick Douglass and groundbreaking chemist Louis Pasteur died.

All in all, it was a great year to start a newspaper.

Anyway, three years later, in 1898, W.A. Gracey became a partner in the Geneva Daily Times, followed in 1904 by George B. Williams. For over 30 years, Gracey and Williams ran the paper, and in 1955 Williams became the sole owner, changing the name to the Geneva Times.

Sam Williams took over the paper from his father, and in 1977 changed the name to the Finger Lakes Times to reflect a broader, more regional focus. He died in 1987, and the paper was sold to Independent Publications, Inc. Today, the FLT is owned by Community Media Group, Inc.

That’s a look back at just a sliver of our history, and throughout 2020 we are going to be celebrating it. We will be reprinting past front pages; thanks to the contributions of various historical societies and historians, we’ll be running “Throwback Thursdays,” spotlighting historic and iconic photos from our 12½ decades; and we are planning an entire special section in April. There will be other features along the way as well because we think 125 years is certainly something to celebrate, especially as some newspapers across the country are struggling these days and many have closed. We remain immensely honored to still be a part of your daily life, telling the stories of your family, friends and neighbors and chronicling today’s news which becomes tomorrow’s history.

“I am very excited to celebrate our 125-year history in the year ahead, but more importantly, I look forward to reflecting on 125 years of history that our colleagues before us chronicled in words and images,” agreed Publisher Mark Lukas. “It’ll be a lot of work for our team, but I feel it’s important for us, our readers and our business partners.

“As the current stewards of the Finger Lakes Times, it’s important to take advantage of this anniversary as an opportunity to look back on the joyous — and even the unfortunate — events that shaped our region while helping pave our collective paths into the future.”

Back to that Year of the Rat thing. While not exactly the most adorable of rodents, the Chinese honor the rat for its spirit, its wit, its alertness, and its vitality. They are said to be instinctive, sophisticated and adaptable creatures, labels that all of my colleagues here at the Finger Lakes Times — past, present and future — would love to be tagged with.

We hope you enjoy our 125-year walk down Memory Lane in 2020 as much as we enjoy bringing it to you.