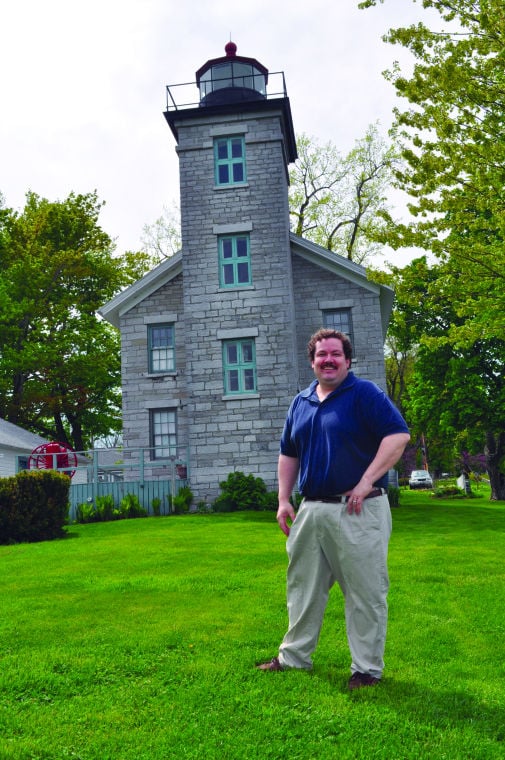 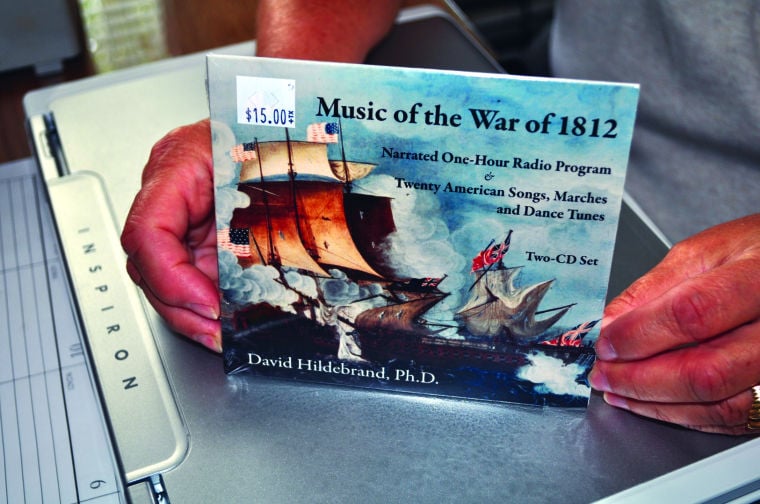 This CD featuring music from the War of 1812 era is for sale in the Sodus Bay Lighthouse Museum gift shop.

A silver teapot and sugar bowl was buried in a backyard in advance of the British attack on Sodus Point. 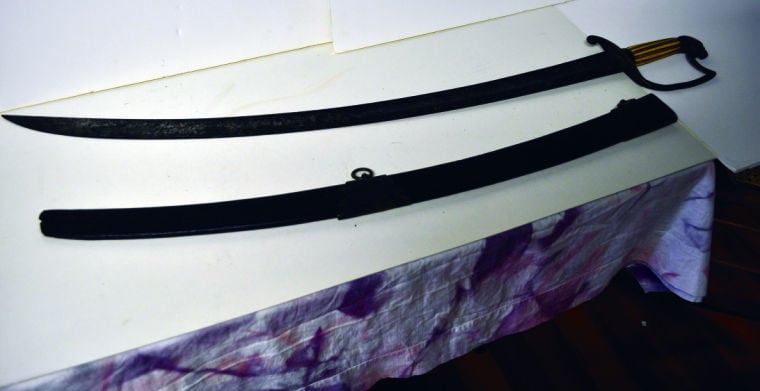 This sword and scabbard belonged to Asher Warner, one of two Sodus Point residents who died after the British attacked the village in June 1813. 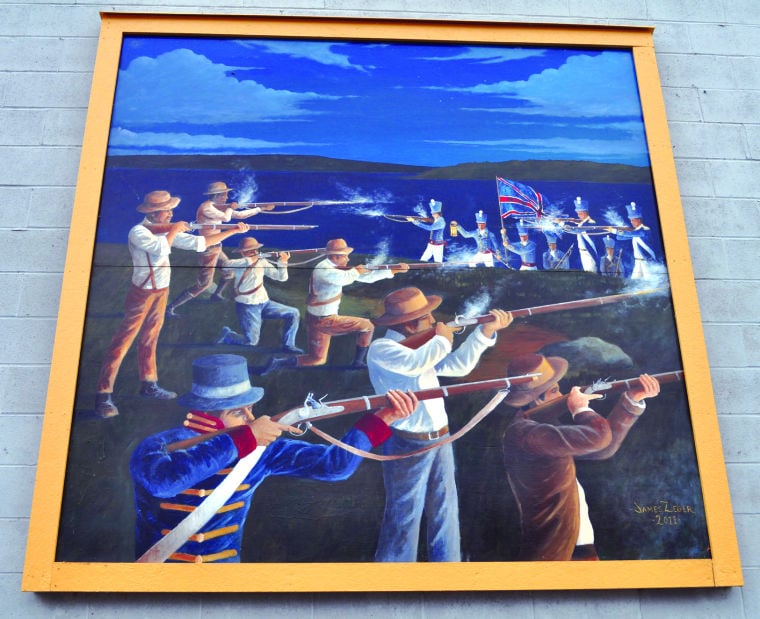 This mural depicting the Battle of Sodus Point was created by James Zeger.

This CD featuring music from the War of 1812 era is for sale in the Sodus Bay Lighthouse Museum gift shop.

A silver teapot and sugar bowl was buried in a backyard in advance of the British attack on Sodus Point.

This sword and scabbard belonged to Asher Warner, one of two Sodus Point residents who died after the British attacked the village in June 1813.

This mural depicting the Battle of Sodus Point was created by James Zeger.

SODUS POINT — Joe O’Toole calls the War of 1812 the forgotten war, easily overlooked between this country’s Revolutionary and Civil conflicts.

Perhaps because the War of 1812 is not as frequently studied as the others, many are unaware that the British actually attacked Sodus Point during that conflict, burning the village to the ground on June 20, 1813.

The bicentennial anniversary of that battle will be marked over the next several months with events (see pullout box) planned by the Neighborhood Association of Sodus Point and the Sodus Bay Lighthouse Museum, of which O’Toole is director.

At the time of the British invasion, the village of Sodus Point was actually known as Troupesville, a spread of about 20-30 buildings and roughly 50 families, O’Toole said. It was a heavily wooded area not well serviced by east-west roads, only north-south ones.

Lake Ontario provided the easiest way for travel in an east-west direction, and British ships took advantage of their strong Navy and the open lake to steal U.S. government supplies housed in such warehouse locations as Oswego, the Rochester port of Charlotte and even Sodus Point.

On June 15, 1813, the British fleet attacked Charlotte for government supplies. O’Toole said when word of this incident reached Sodus Point, the militia was called up to defend the Wayne County village should the British continue moving eastward.

For five days the village waited for British ships. In the meantime, residents hid the highly sought supplies of flour, whiskey and pork in the woods.

“I guess they liked a good drink with a BLT,” O’Toole joked of the British soldiers.

The wife of Capt. Wickham, a retired American Naval officer who retired to Sodus Point to a $5,000 mansion, even buried her silver and fine china in her yard.

However, on June 19, with no British in sight four days after attacking Charlotte, militia members were sent home. That afternoon, the British ships finally came into view, approaching from the unexpected east, and about 60 residents and militia men who could be flagged down gathered to defend the village.

According to O’Toole, about 100-150 British soldiers came ashore at midnight and engaged in battle before retreating. They discovered that the warehouse housed very few supplies, and in anger returned the next day to plunder and burn the village. The only building spared was the tavern where injured local resident Asher Warner was brought to die.

The battle resulted in two British soldiers losing their lives. In addition to Asher Warner, the other American killed was Charles Terry — he died two weeks later, O’Toole said.

In addition to delivering a lecture on the battle’s history on June 9, O’Toole is readying an exhibit of items related to the battle. Among the artifacts to be displayed are a flintlock musket from the War of 1812, cannonballs fired from the British ship, a sword and scabbard belonging to Asher Warner and a teapot, sugar bowl and telescope owned by Capt. and Mrs. Wickham.

“We’re very fortunate to have artifacts that are directly tied to this event,” O’Toole said.

Another event planned in connection with the bicentennial is the “blessing” of the Battle of Sodus Point mural June 19. The mural, painted on the west wall of the Sodus Point Fire Hall, was completed in 2011 by James Zeger of Sodus.

Bruce Farrington of Sodus Point, who along with his wife, Edie, has been active in preserving and publicizing the village’s history, said although they had some rough general guidelines for the mural, it is basically Zeger’s vision of the battle.

“This happens every year,” he said. “Of course, it has to be sunny.”

There are three outdoor murals on the fire hall and four inside Captain Jack’s restaurant, each depicting a different scene associated with the village’s history. More details about them can be found at www.historicsoduspoint.com.

Farrington, who moved to Sodus Point from Hilton about eight years ago, said the Sodus Point battle mural is important “so our history will be preserved.

“It’s such an important part of our history,” he continued. “Even though I’m a relative newcomer, I found that some people didn’t know the story.”

Although the battle at Sodus Point was insignificant in the scheme of the war, O’Toole finds it important on two levels. First, it happened in our own backyard. Second, it demonstrates local citizens’ commitment to their young nation.

“These were ordinary citizens who did something extraordinary: They defended our new country,” said O’Toole, pointing out that these defenders were mostly farmers and a few trained militia men who stood up against trained British naval men. “I think that’s important.”

For more information, contact the Sodus Bay Lighthouse Museum at 483-4936 or SBHSLighthouse@gmail.com

The Sodus Bay Lighthouse Museum is open from 10 a.m. to 5 p.m. Tuesday through Sunday through Oct. 31. It’s also open on Monday holidays like Memorial Day.