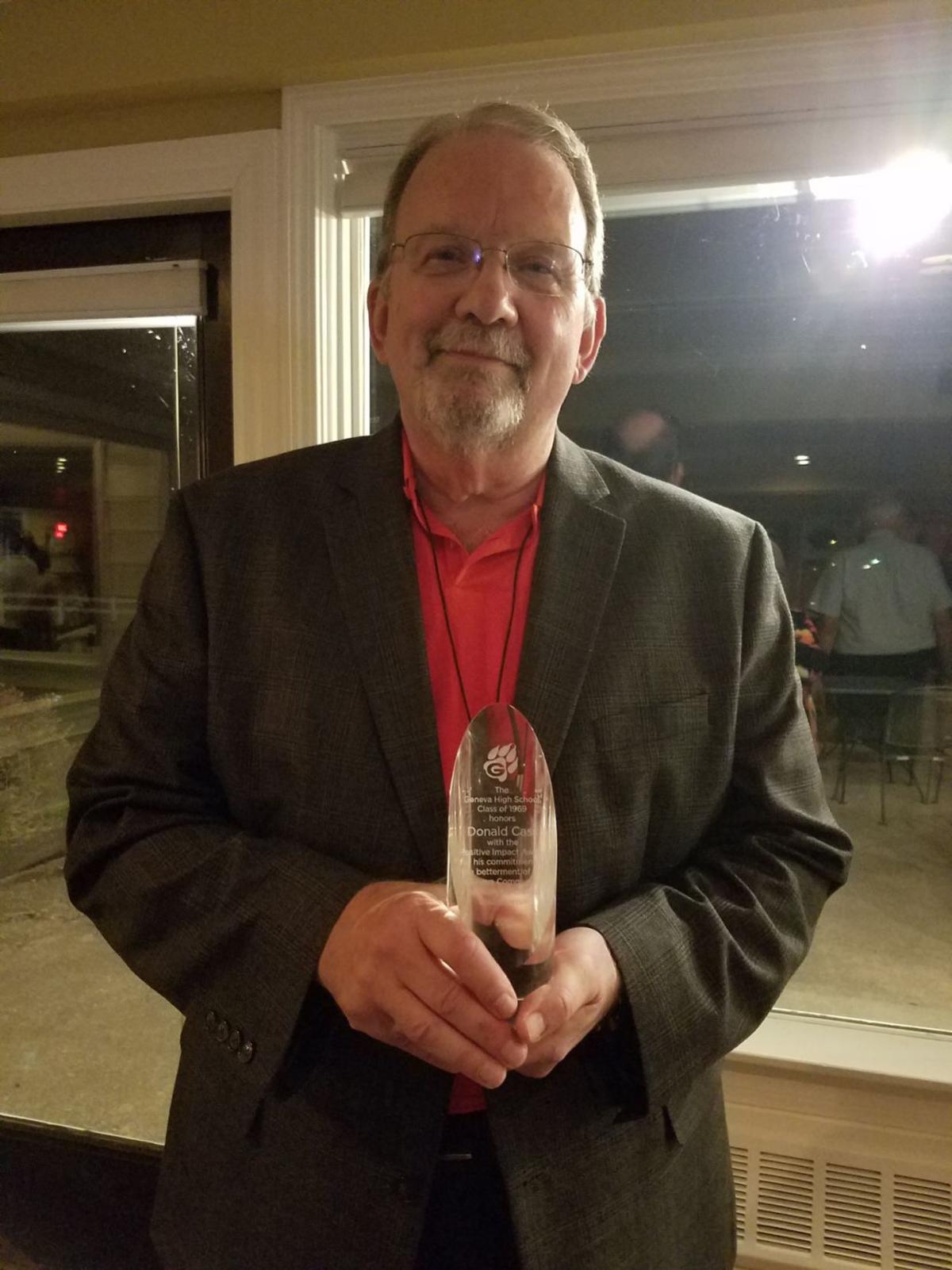 The Geneva High School Class of 1969 honored former city mayor Don Cass at its 50-year reunion, for his commitment to the community. 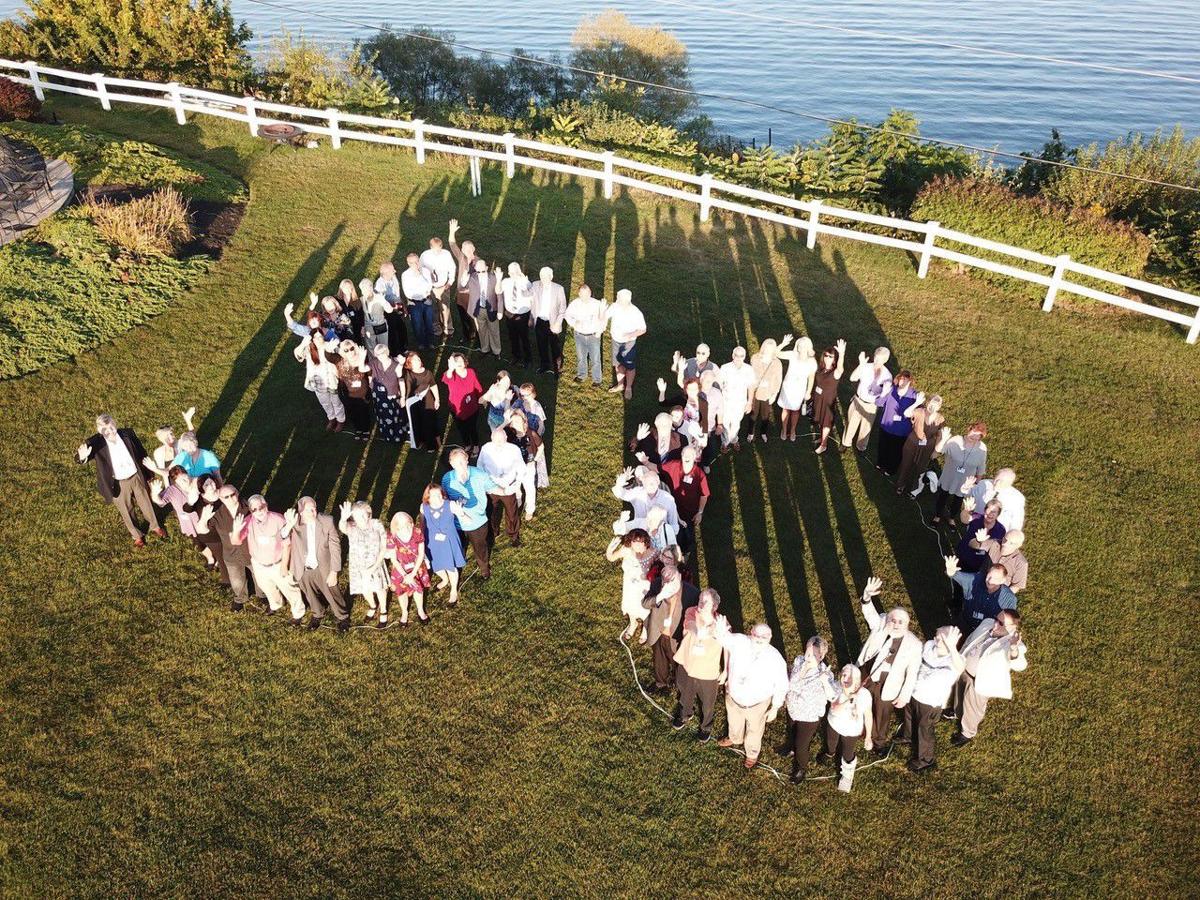 A drone captured this image of the members of the Geneva High School Class of 1969 forming 5-0 for its 50-year reunion held last month.

The Geneva High School Class of 1969 honored former city mayor Don Cass at its 50-year reunion, for his commitment to the community.

A drone captured this image of the members of the Geneva High School Class of 1969 forming 5-0 for its 50-year reunion held last month.

GENEVA — The Geneva High Class of 1969 50-year reunion weekend (Sept. 19 to 22) started with a picnic at the State Park on Thursday afternoon with over 45 people attending.

Friday’s events began with a golf tournament at Silver Creek in Waterloo. Winner of the tournament was classmate Joe Kraus. That afternoon, Murray Heaton, local attorney and classmate, led a tour of the Smith Opera House, where the class’ commencement ceremony was held. Friday evening at the Ramada saw 65 people at a “Meet and Greet” and concluded with a drone photo/video of the class outside the Ramada.

Saturday morning, 40 classmates and guests went on a canal ride from Stivers Marina through the Waterloo lock and back. That evening, a more formal dinner was held at the Geneva Country Club with over 100 people attending. Former GHS teachers attending included Azizeh Baroody, Vincent Scalise, Doug Tepper, Janet Van Keuren, and Sonny Wilson. Local photographer and the class of 1969’s yearbook photographer, Neil Sjoblom, took the class photo and Dan Clark, friend of the class from Fairfax, Va., shot drone footage of the group as they formed the number 50 on the lawn.

One of the highlights of the evening was the awarding of the Class of 1969 Positive Impact Award, which is given to one classmate who has had a positive impact on the Geneva community and reflects well on the class. The Class of 1969 honored one of its classmates for commitment to better the community and the world. Classmate and former City of Geneva Mayor Don Cass was given the award at the dinner.

The night included photobooth photos, drawings which included several books written by classmates, Steve Antenucci and Rick Hart, and a book about Ray Ciancaglini’s life and his work on concussion awareness. One of the highlights of the drawings was a Geneva High School quilt made by Estelle Gillotte Hall and won by classmate, Yvonne Eisenberg.

The entire weekend ended with a quiet brunch at the Cobblestone on Sunday morning. The 50th reunion had the highest number of classmates returning to Geneva, coming from as far away as Washington State, Missouri, Nevada, Louisiana, Massachusetts, and Florida.