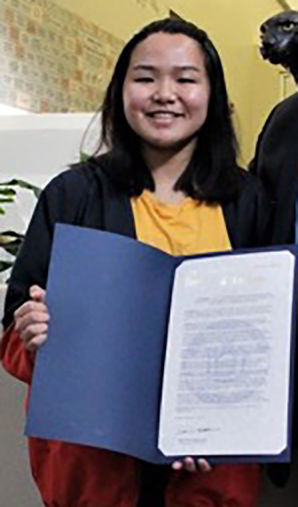 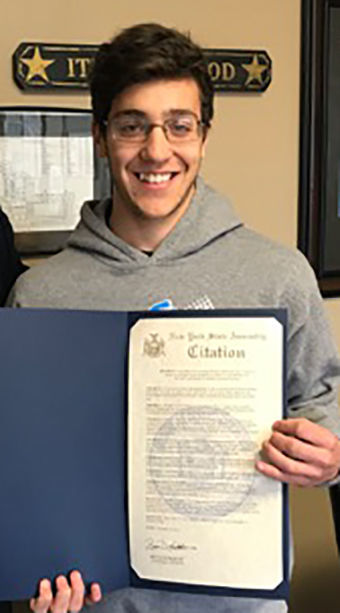 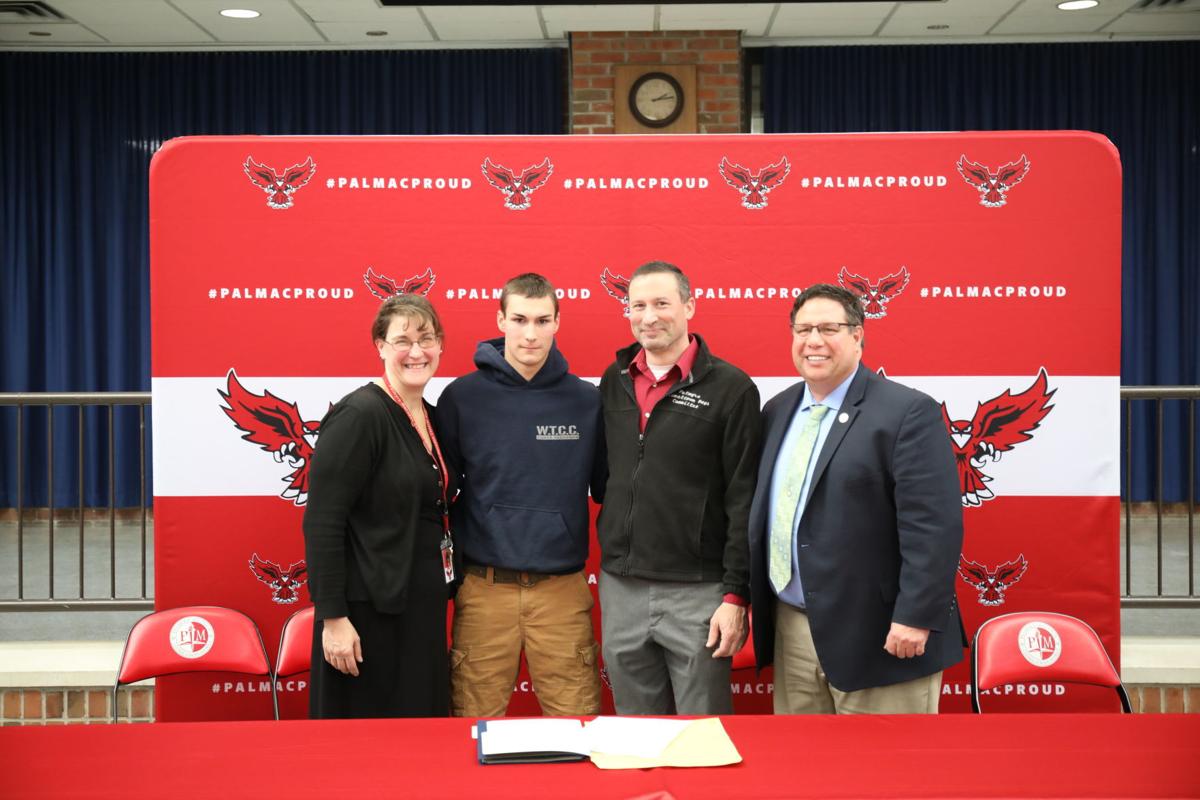 Robert Herrmann (center), a member of the Class of 2020 at Pal-Mac High School, has been chosen as the regional Career and Technical Education candidate for the Presidential Scholars Award in Assemblyman Brian Manktelow’s district. His parents James and Renee attended the ceremony.

Robert Herrmann (center), a member of the Class of 2020 at Pal-Mac High School, has been chosen as the regional Career and Technical Education candidate for the Presidential Scholars Award in Assemblyman Brian Manktelow’s district. His parents James and Renee attended the ceremony.

Three students have been selected by Assemblyman Brian Manktelow, R-130 of Lyons, to represent the Assembly District for consideration for the U.S. Presidential Scholars Program.

Seniors Juliana DyRagos of Gananda, Derrick Tandle of Lyons and Robert Herrmann of Palmyra-Macedon will now be considered by the State Education Commissioner for the next step. The commissioner will nominate 30 students from across the state to continue in the national completion.

“We received many recommendations from guidance counselors from schools across the district,” Manktelow said. “So many of our students could have been selected; it was such a difficult decision. But these three, they really stood out. I am proud to ask the commissioner to consider them for the next step.”

The students who are honored on a local, state and national level do not necessarily have to be at the top of their class. The judges in the competition look for students with good grades, but who also show perseverance in the face of challenges.

DyRagos, who is originally from the Philippines, came to Gananda as a young student who was unfamiliar with American culture and did not know how to speak English. She went on to achieve high academic success, taking some of the most challenging coursework that was offered to her and reached extraordinary achievements. She is the Assemblyman’s choice for female student.

Tandle, who is the first person in his family to graduate high school, was the standard bearer of Lyons Class of 2020, exhibiting all of the qualities that students should strive to emulate. He excelled in academics and athletics and participated in many community service projects and was in a mentoring program where he worked with younger students. He is the Assemblyman’s choice for male student.

Herrmann excelled in Wayne–Finger Lakes BOCES in the power mechanics program in spite of some early hurdles. He is an Eagle Scout and he leads the Palmyra-Macedon Civil Air Patrol. Last summer, he had a full-time position with a company that sent him around the county, at sites where he used the skills he learned at BOCES. He is the Assemblyman’s choice for CTE student.

“This is one of the nation’s highest honors for high school students,” Manktelow said. “I am so proud of every student who was nominated to represent their school by their guidance counselor. That is something; we have so many excellent scholars in our district.”