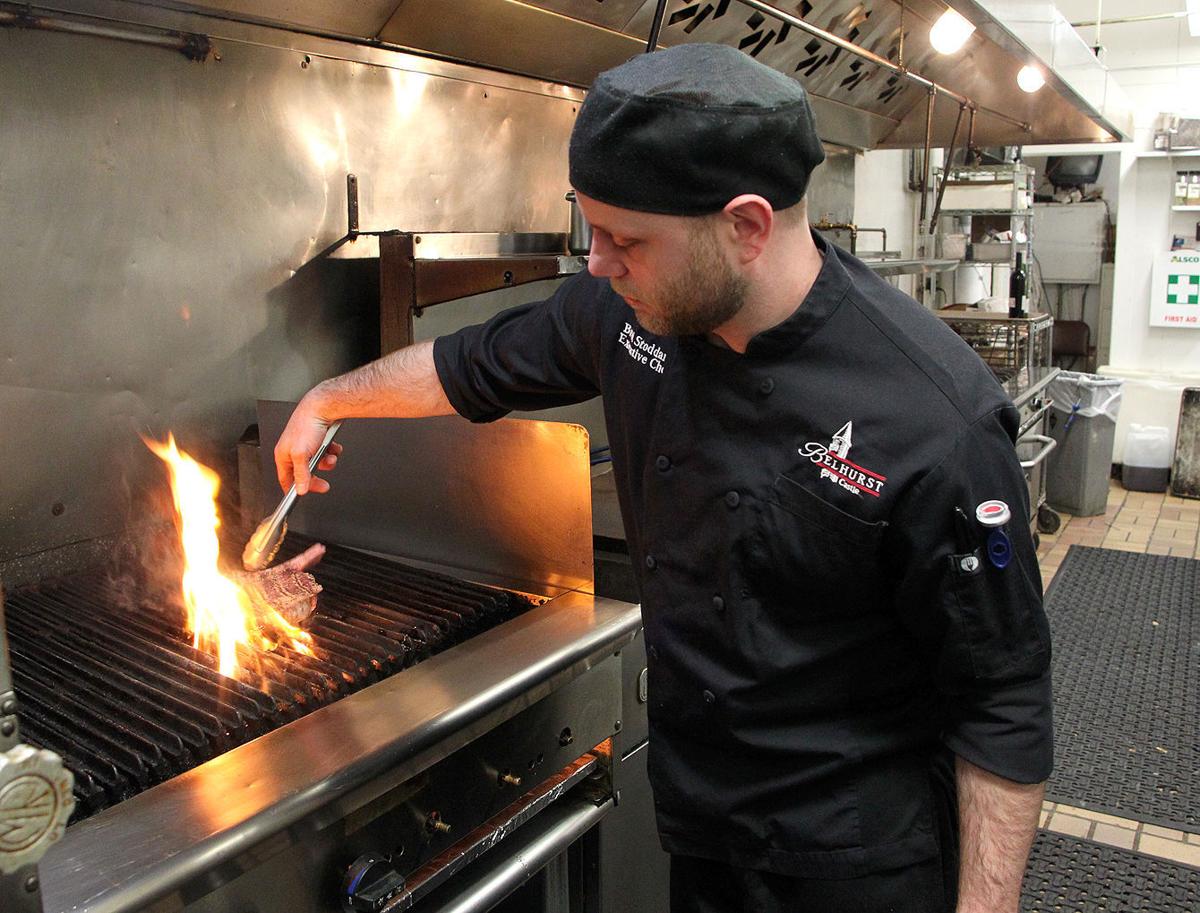 Brad Stoddard is the new executive chef at Belhurst Castle in Geneva. Stoddard provided an example of Edgar’s new focus to the Finger Lakes Times, searing a 22-ounce cowboy ribeye (bone-in) steak in a complex dry rub of his own creation that is finished in the oven. The result: a flavorful piece of protein that Stoddard said is priced well below its market value. 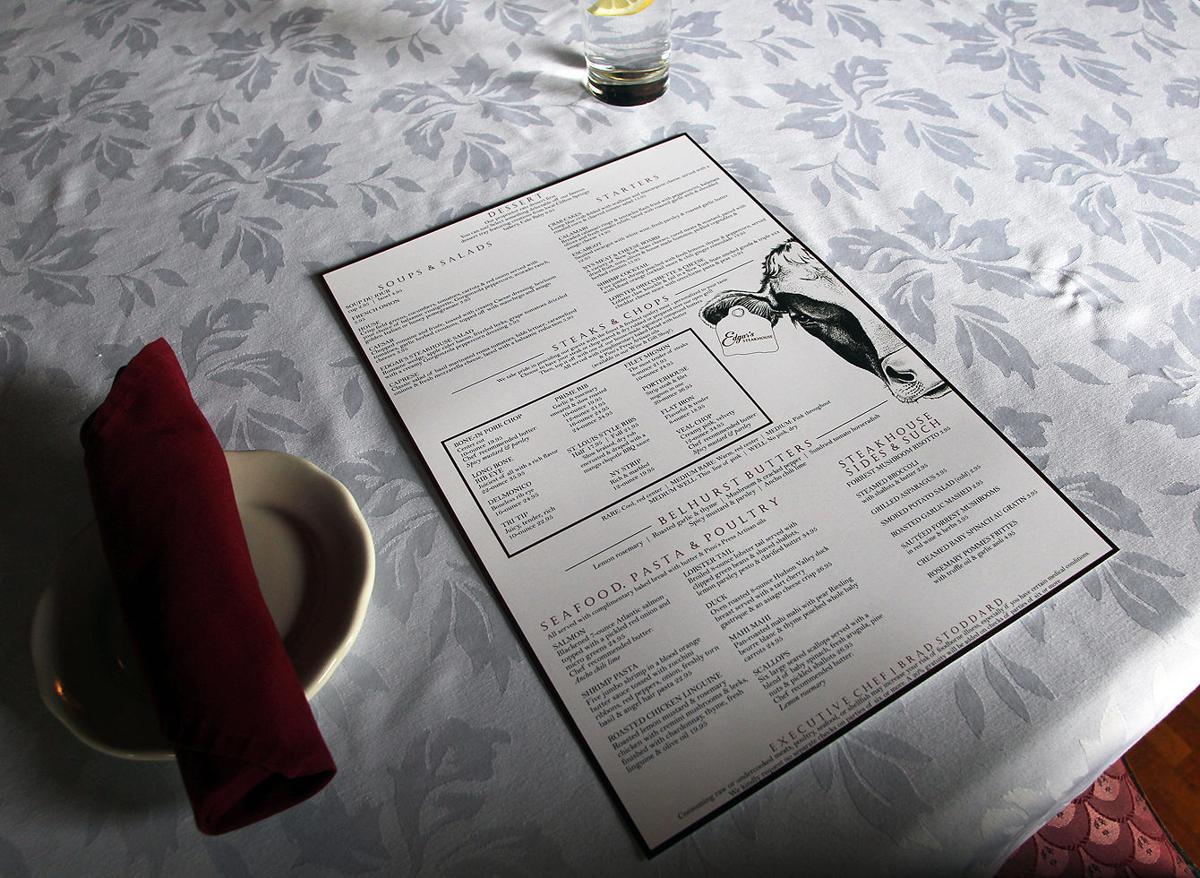 The menu has been newly transformed at the iconic and elegant Edgar’s restaurant. 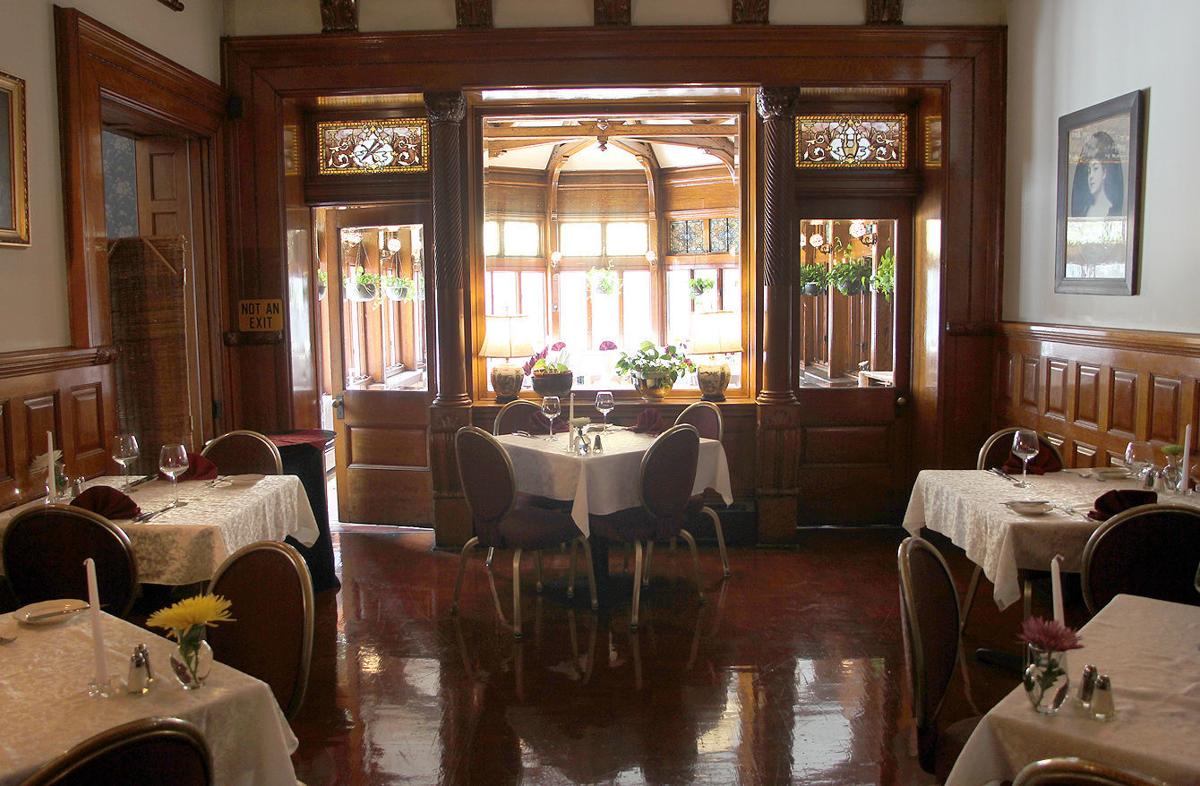 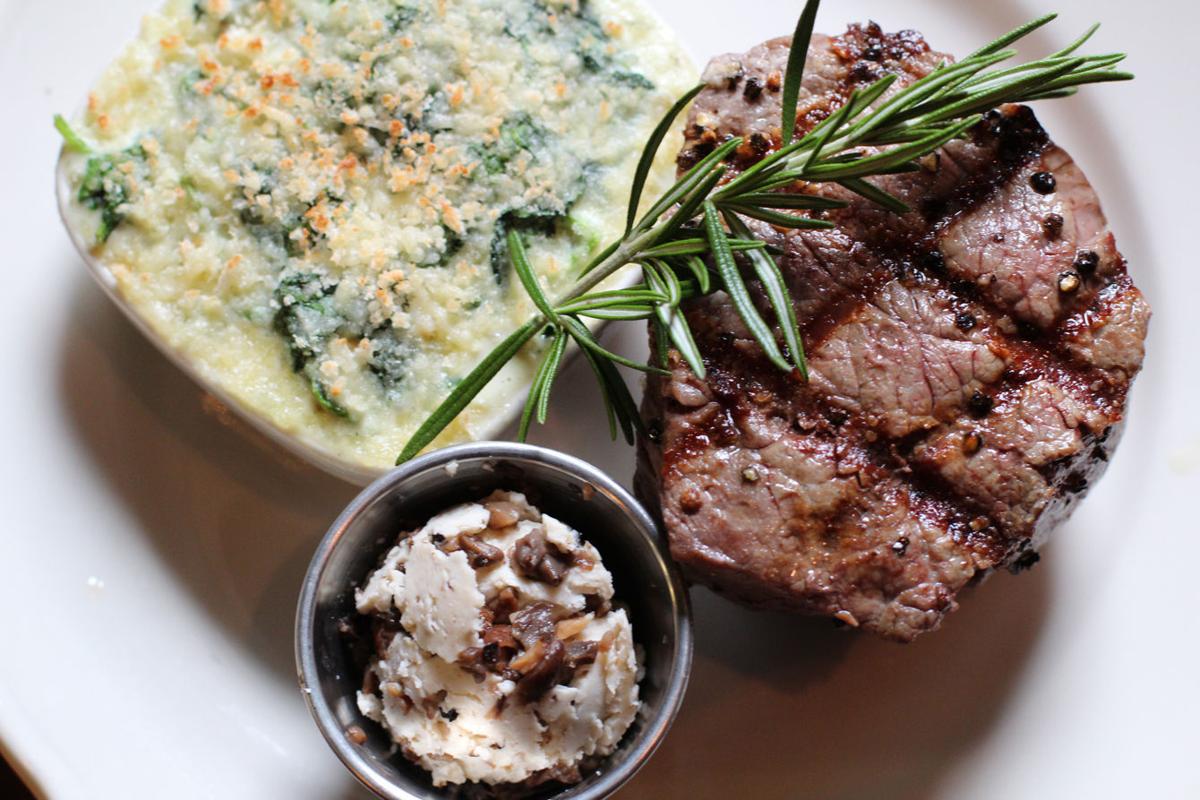 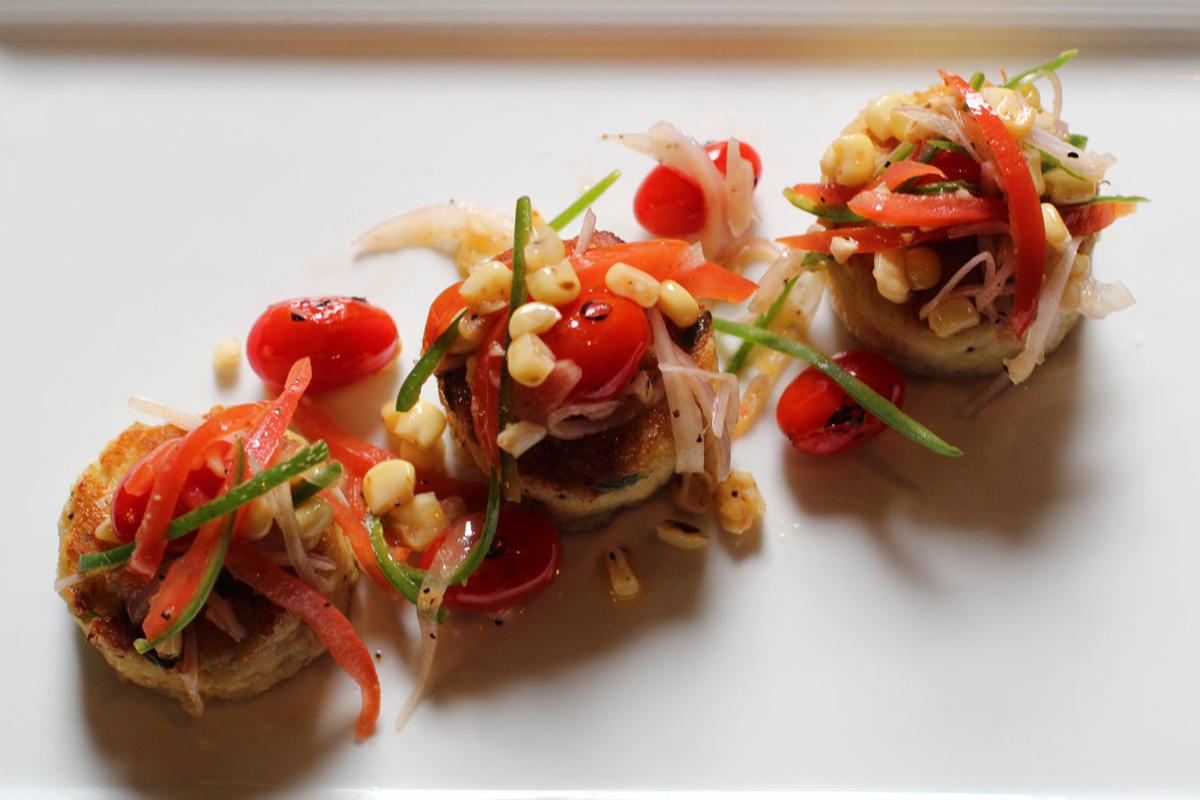 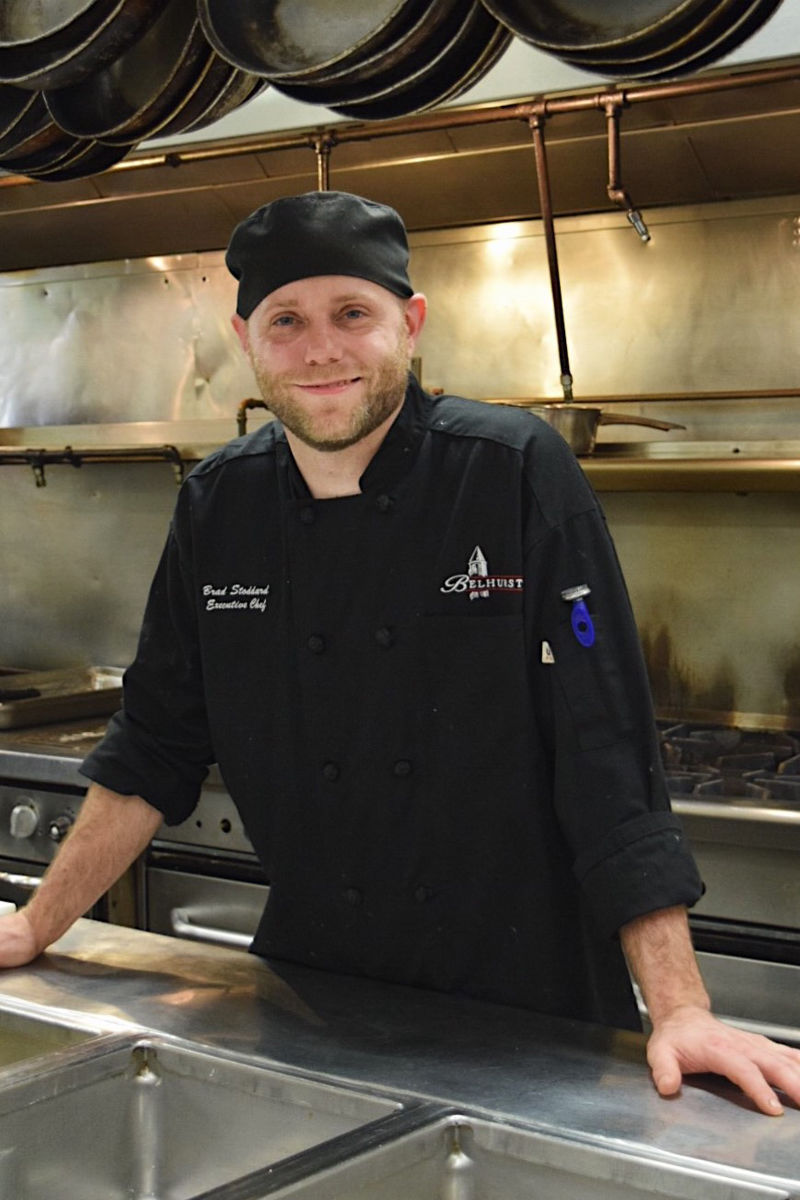 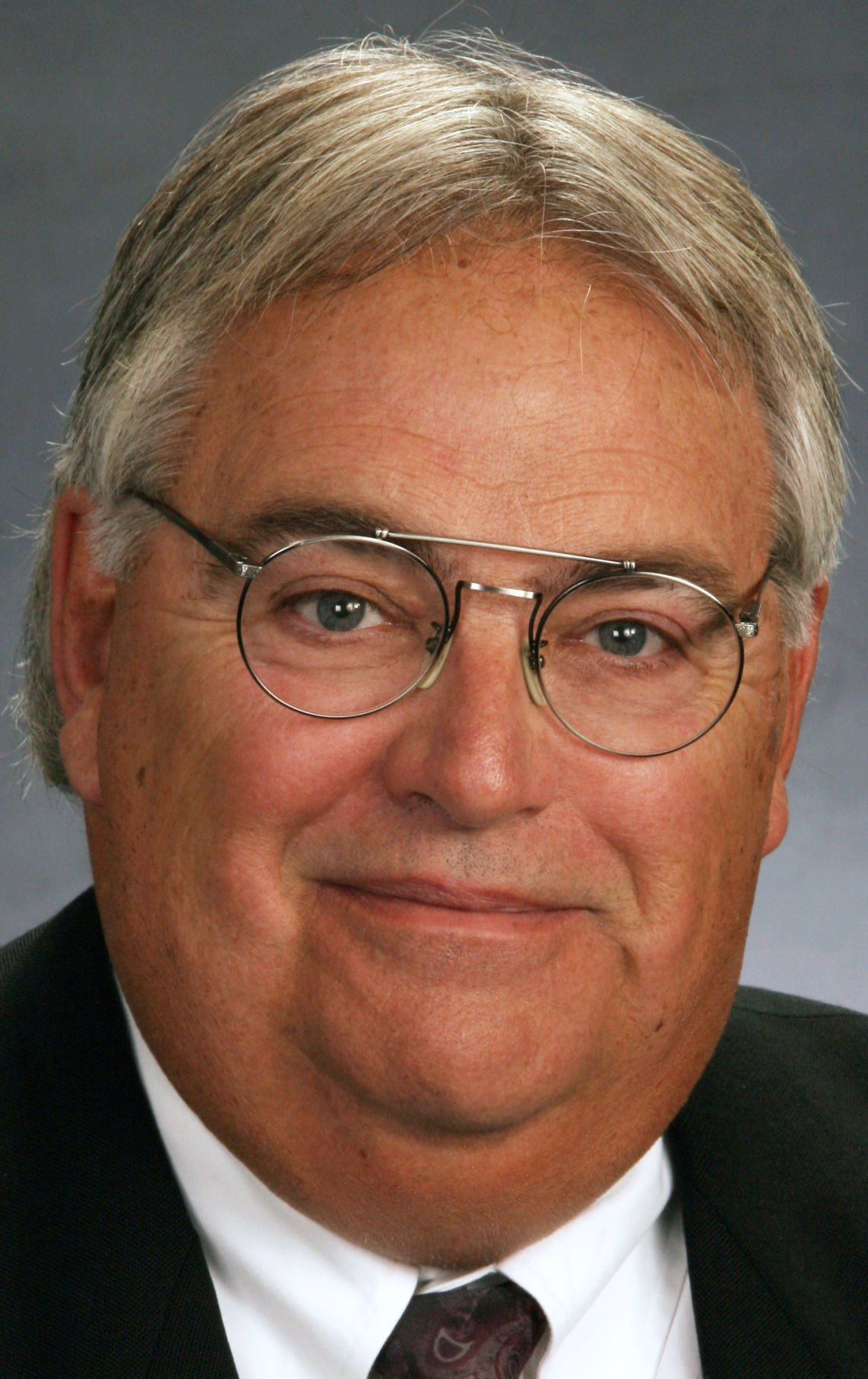 Brad Stoddard is the new executive chef at Belhurst Castle in Geneva. Stoddard provided an example of Edgar’s new focus to the Finger Lakes Times, searing a 22-ounce cowboy ribeye (bone-in) steak in a complex dry rub of his own creation that is finished in the oven. The result: a flavorful piece of protein that Stoddard said is priced well below its market value.

The menu has been newly transformed at the iconic and elegant Edgar’s restaurant.

GENEVA — When Brad Stoddard took over as executive chef at Belhurst Castle about six months ago, he was tasked with an all-consuming job.

Overseeing food operations at a facility that has two restaurants and two ballrooms? That’s certainly enough to keep anyone busy.

Yet Belhurst owners Duane and Deb Reeder had one more thing for Stoddard to do, and it wasn’t a small request: Transform the menu at the iconic and elegant Edgar’s restaurant.

Edgar’s is now Edgar’s Steakhouse — and if beef is your thing, Edgar’s is the place, Duane Reeder said. The restaurant also features seafood and poultry dishes.

Reeder said the new focus was part of an effort to transform Edgar’s reputation into the place you go when you’ve got something really special to celebrate — to change the “perception that we’re expensive and a special occasion place.”

He said the old Edgar’s menu reminded him of a French restaurant, with lots of unrecognizable offerings and some high prices to match.

“Our pricing was, to a great degree, based on that menu,” Reeder said. “We asked, ‘What can we do to make it appealing to the public on a regular basis?’”

Reeder scanned the restaurants in the area and “didn’t see a clear steakhouse” among them.

Gone are those unrecognizable menu items, replaced by steaks and chops prepared with Belhurst flare, which includes some signature compound butters to add more flavor to the beef dishes.

Stoddard, who served as sous chef at Belhurst under previous executive chef Marco Ballatori, and his staff fussed over the new menu. That included regular staff tastings of potential dishes.

While some chefs scoff at steakhouse themes, Stoddard isn’t one of them.

As a guy who has never held another job outside the restaurant industry — he started as a dishwasher at the Countryside Restaurant in Clifton Springs — Stoddard said he’s done all the fancy stuff, including working as a sous chef under Ballatori. The two, he said, “came up with some great dishes” for Belhurst diners.

His charge now, Stoddard continued, is to make great-tasting food that puts people in the seats every day of the week. The new menu kicked off in mid-December, and diners have provided Belhurst with positive reviews of the new offerings.

Stoddard provided an example of Edgar’s new focus to the Finger Lakes Times, searing a 22-ounce cowboy ribeye (bone-in) steak in a complex dry rub of his own creation that is finished in the oven. The result: a flavorful piece of protein that Stoddard said is priced well below its market value.

Another example: crab cakes with scallions and mascarpone cheese topped by a roasted corn and charred tomato salad.

And, finally, a creamed baby spinach au gratin side that a hater of greens could love.

When Ballatori left Belhurst for a position at Realeats, a Geneva-based company making high-quality prepared food for home delivery, Reeder could have searched for a big-name chef to take over. Instead, he went in-house — and Reeder said Stoddard provided a compelling argument on why he should be Belhurst’s next executive chef.

“What convinced me was his enthusiasm to take the position,” Reeder said. “It’s not an easy job. It’s proven (in his performance so far) that he was correct.”

Stoddard has no regrets taking on a job at place that feeds thousands each year.

“I’m loving it,” he said. “I am star-struck every time I walk into this place, to be given the opportunity.”

There was a time, Stoddard added, when such a position would have been far-fetched. He had been working in a number of roles in the restaurant industry, but began to feel that he had hit the professional wall.

“What do I have to do to get to the next level?” he asked himself.

At age 30, he went back to school, getting a culinary degree from Finger Lakes Community College while continuing to work in the restaurant industry.

“A lot of sacrifices were made (on the part of his family),” Stoddard admitted.

Being executive chef at a major restaurant operation has some sacrifice attached to it as well. The hours, especially in the busy tourism season, can be very long, Stoddard acknowledged.

He embraces it, though.

“(The food industry) is like an addiction,” he said. “This is an industry that has a tendency to spit out the weak.”

Reeder said beyond his cooking skills, Stoddard’s experience in nearly every aspect of the kitchen has helped make him a terrific leader.

“Brad has a much better ability to manage those people because he’s done it all,” he said.

Previous restaurants: The Inn on the Lake and Geneva Ramada Lakefront

Interests outside of food: Spending time with family, hiking and being outside, running