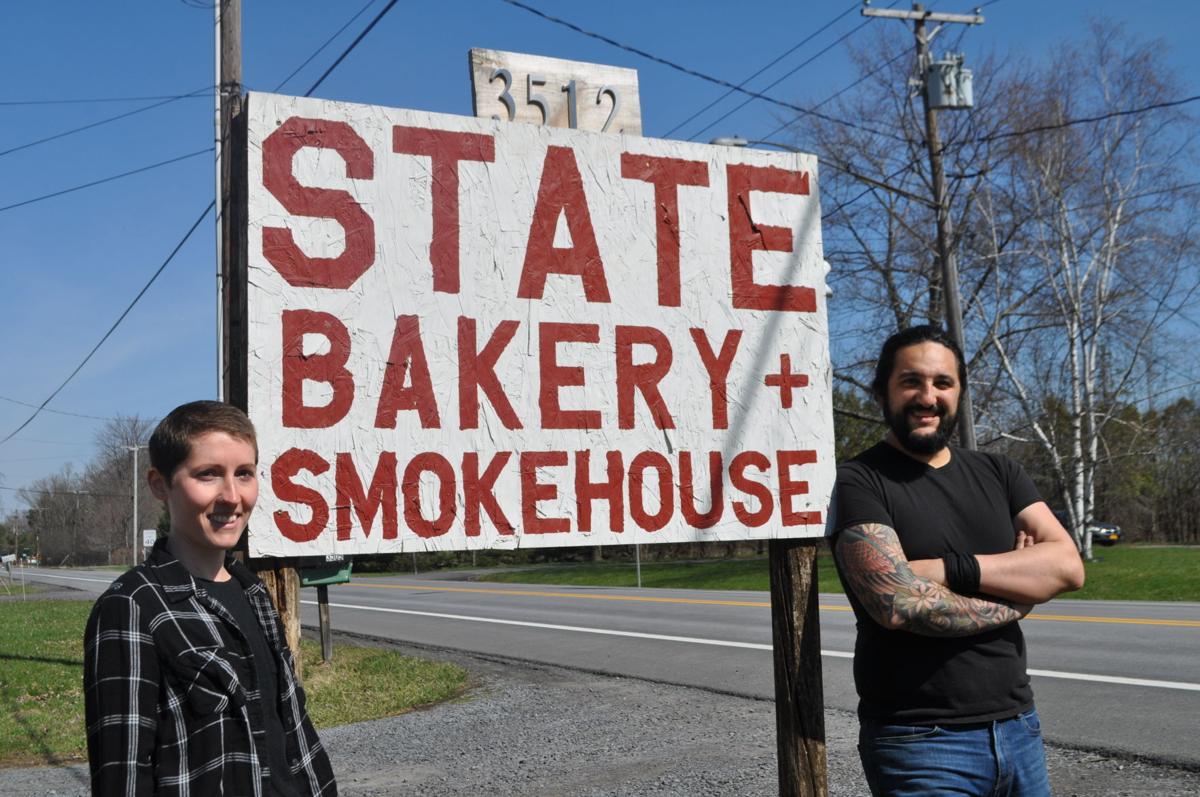 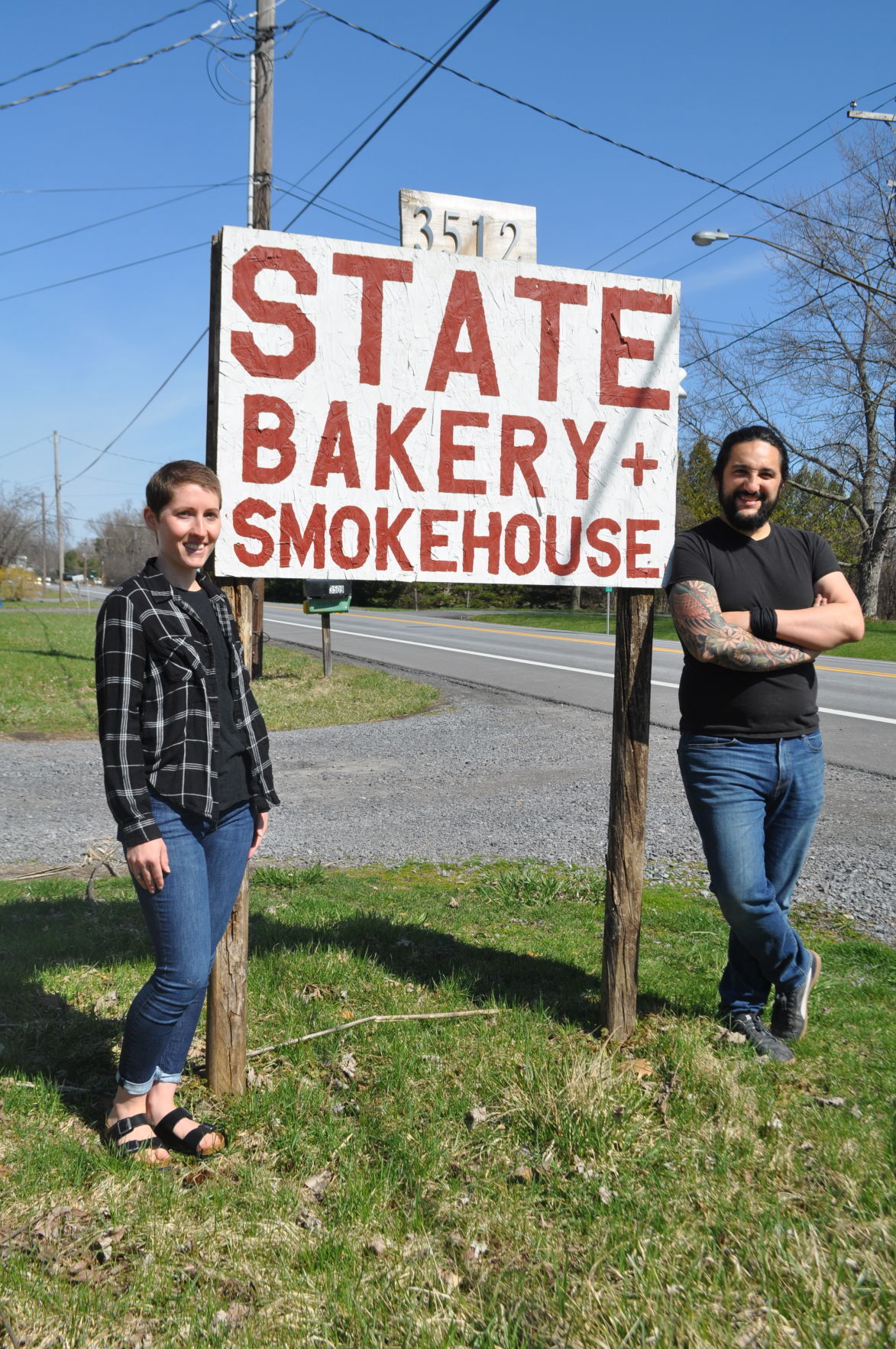 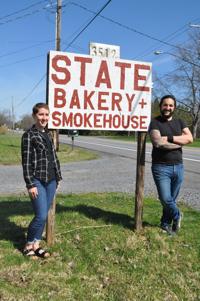 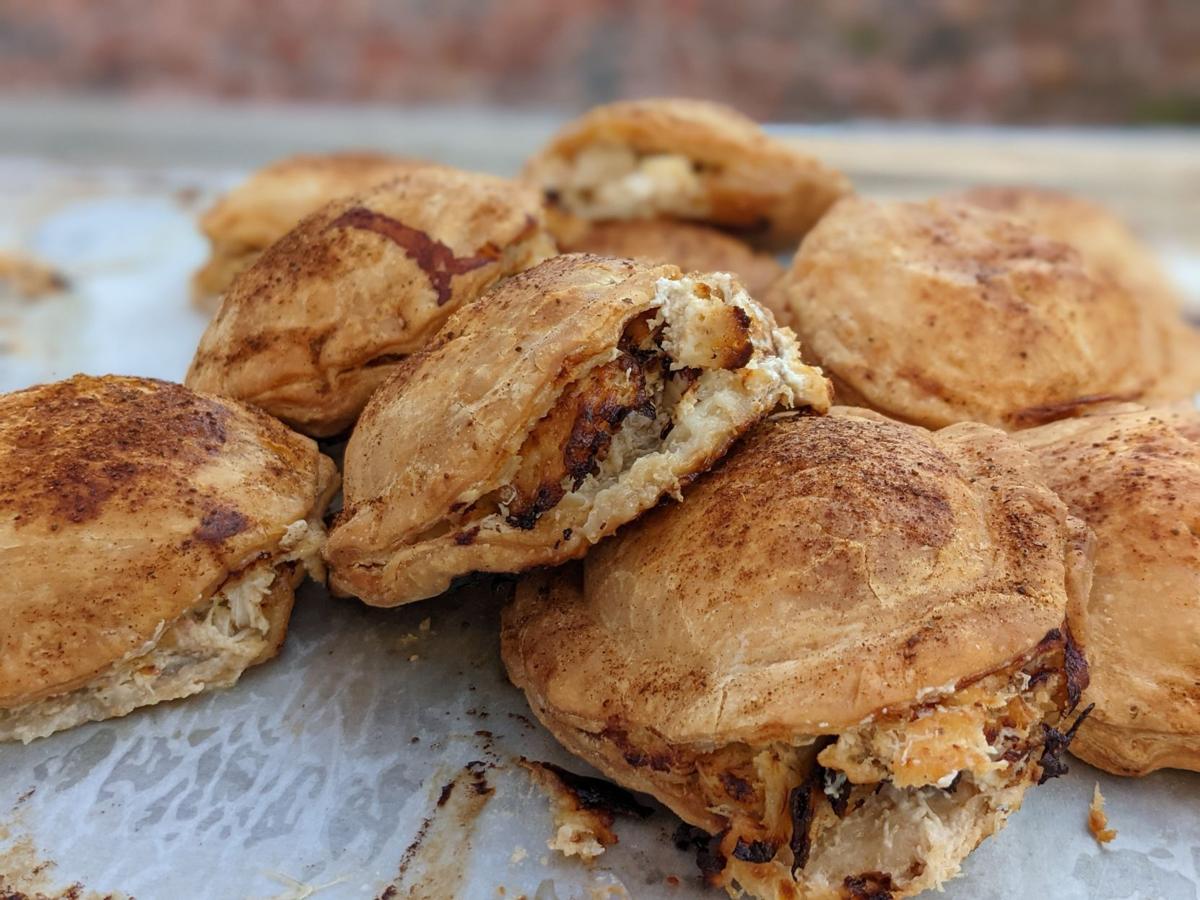 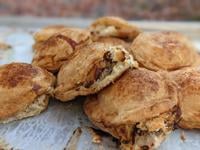 The Maryland crab pie quickly became a top seller last fall at the State Bakery and Smokehouse in the Seneca County hamlet of Canoga. 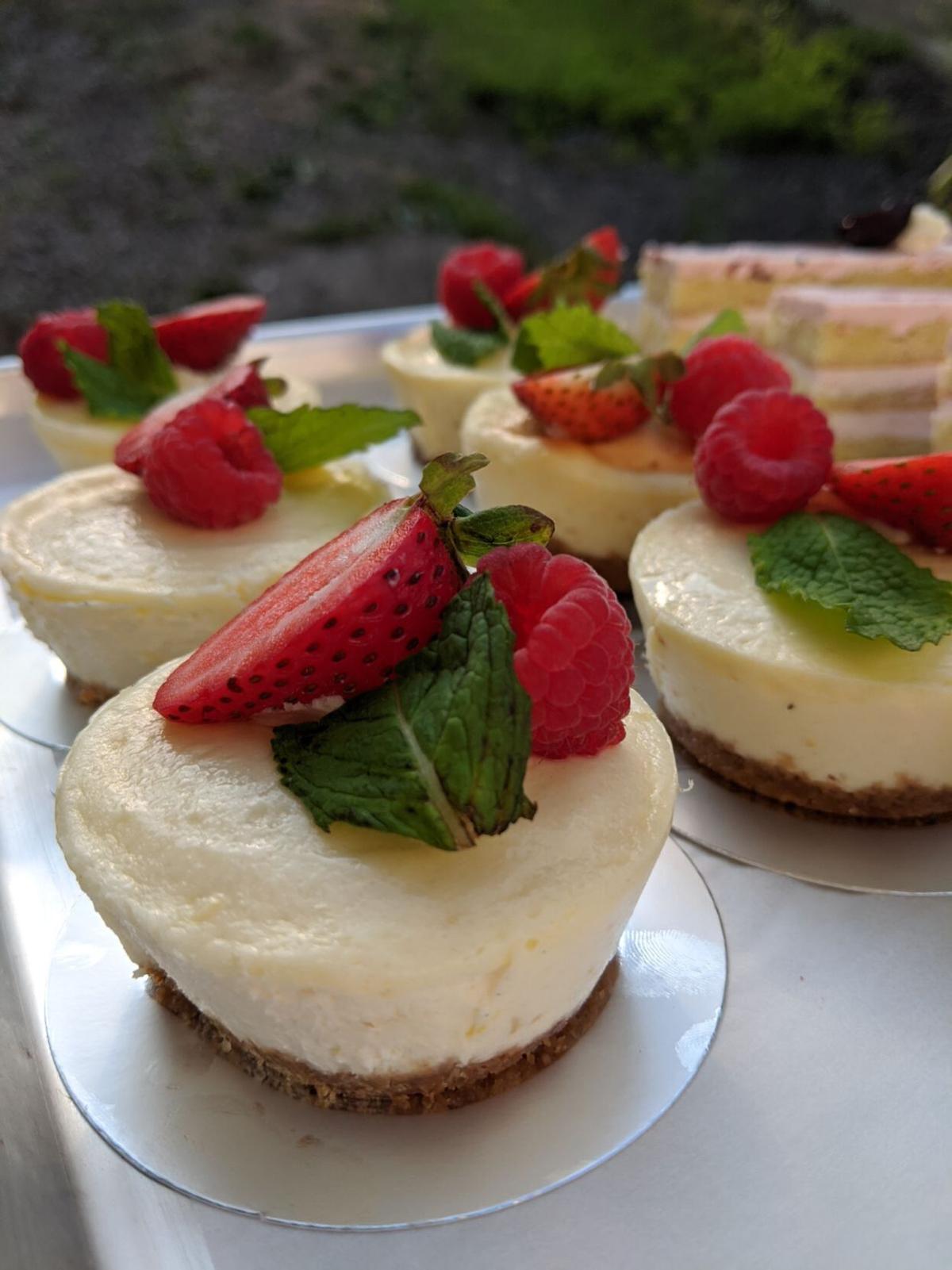 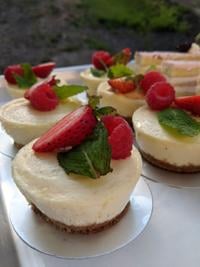 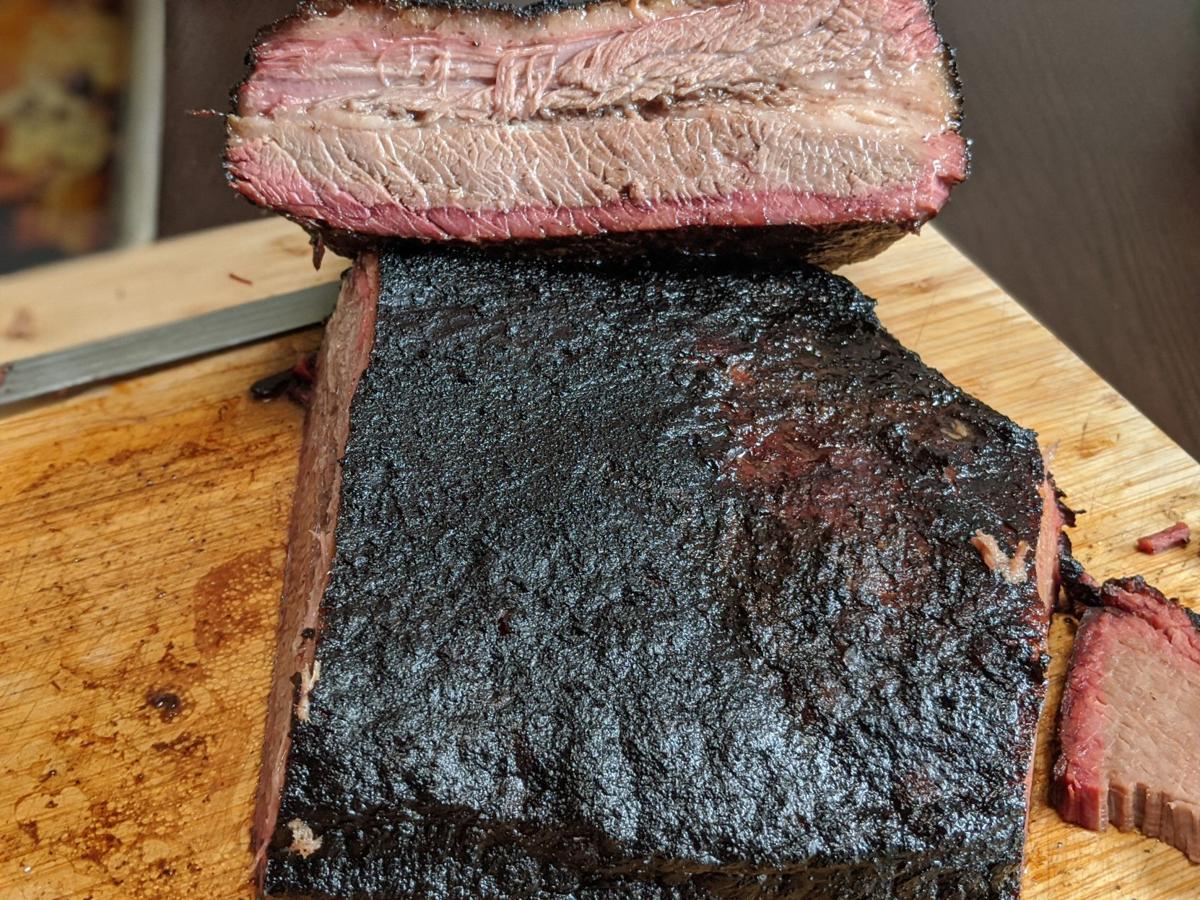 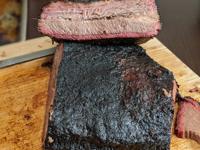 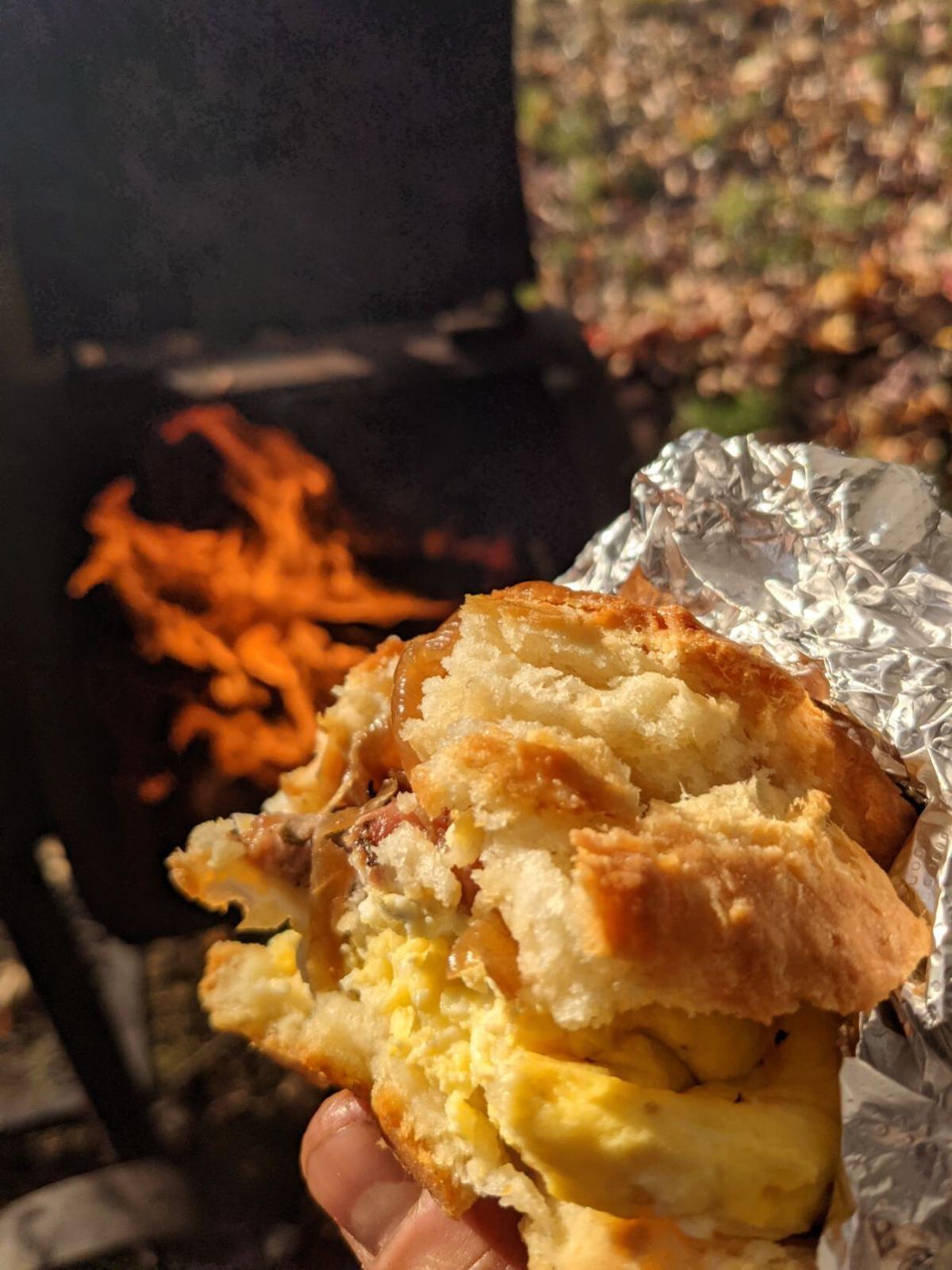 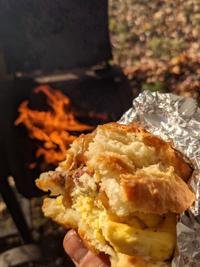 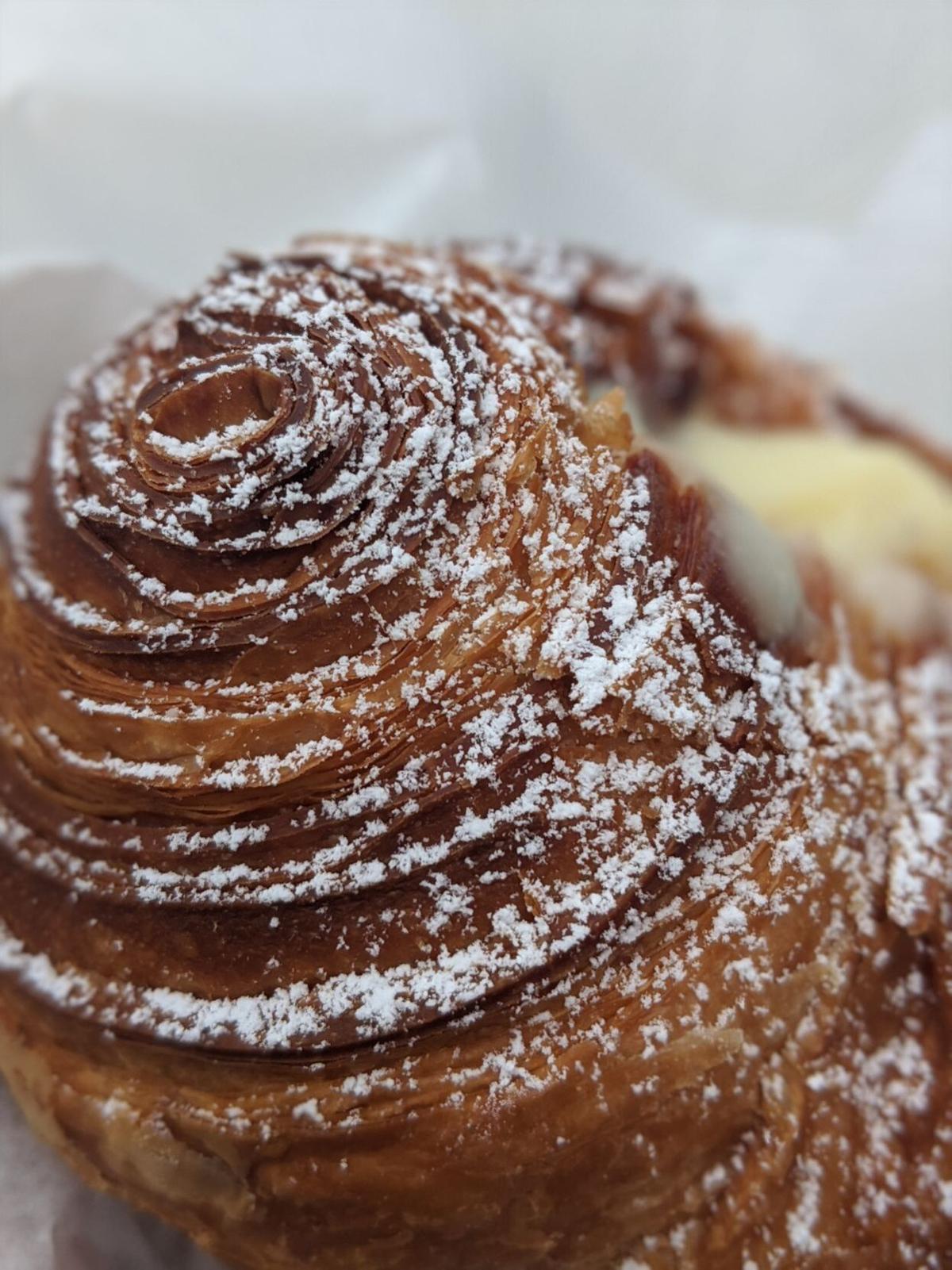 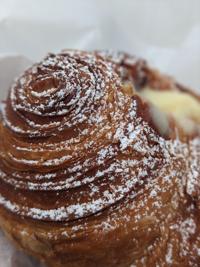 A cruffin is a muffin made with croissant dough and filled with pastry cream. 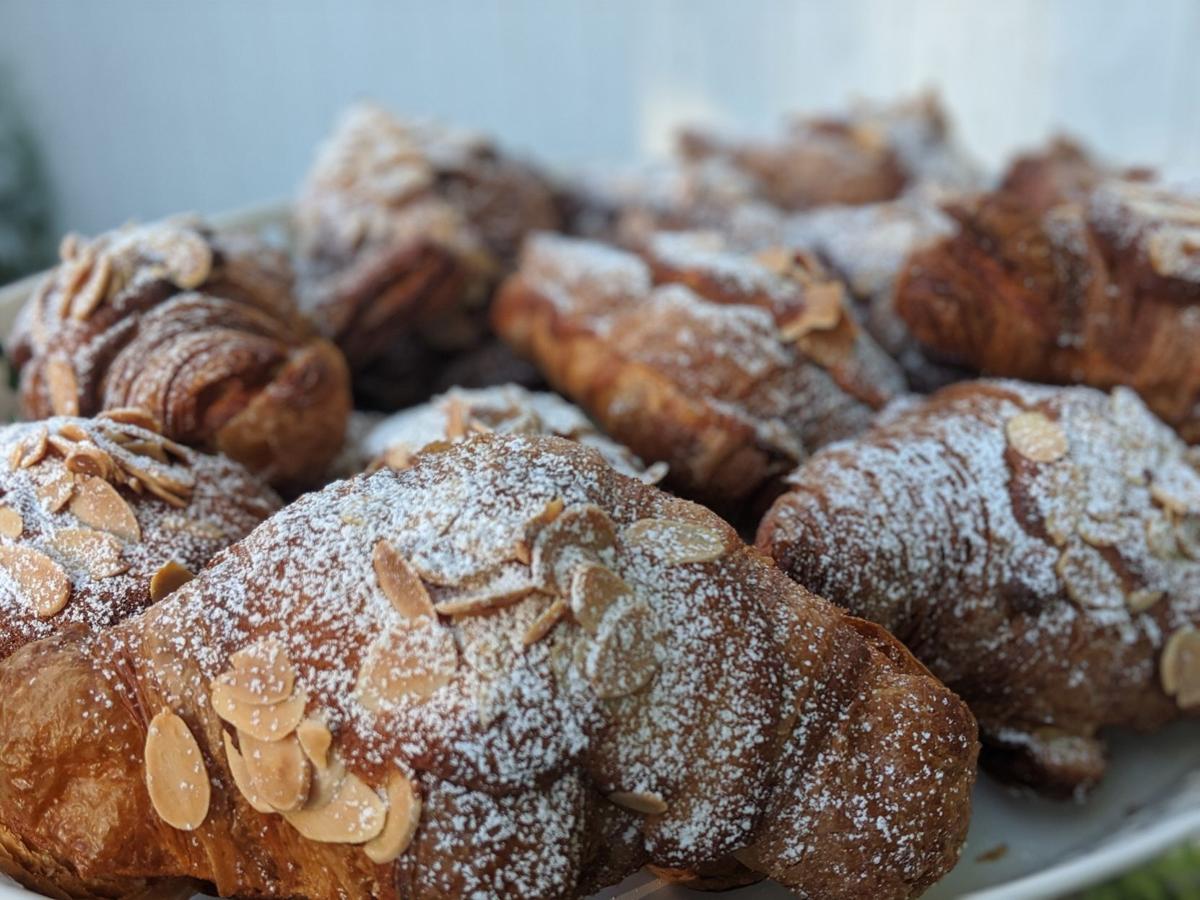 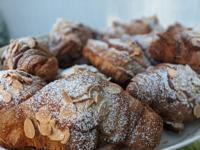 The Maryland crab pie quickly became a top seller last fall at the State Bakery and Smokehouse in the Seneca County hamlet of Canoga.

A cruffin is a muffin made with croissant dough and filled with pastry cream.

CANOGA — Launching a bakery during a pandemic seems like it could be a sure-fire recipe for failure.

That was not the case for the State Bakery and Smokehouse, which opened last July on Route 89 in the small Seneca County hamlet of Canoga and will be reopening for the season next week.

Before COVID-19 reared its ugly head last spring, Kal Awad and Sam Walker were deep into plans for opening their bakery out of a converted mechanic’s shop adjacent to their home. The two met while working for a high-end bakery in Baltimore — Awad was a culinary director and Walker a pastry chef — and soon found themselves drained by the rat race of big-city living and working copious hours for someone else.

“We just wanted to do this ourselves,” Awad said.

The pair scoped out domestic and international locations to start anew, visiting locales in Virginia, Portland — even Ecuador. During an April 2019 trip to Ithaca, they fell in love with the Finger Lakes and saw possibilities here.

A small house with adjacent garage at 3512 Route 89 may not scream potential to most, but Awad liked the location between the college communities of Ithaca, Syracuse, Rochester and Geneva. Plus, the Route 89 parcel was on the Cayuga Lake Wine Trail and in a prime agricultural area with access to locally sourced foods.

“It was a perfect place right in the center for us,” he said.

The couple purchased the property and, by the summer of 2019, had moved north and started gutting and repurposing the machine shop into their baking headquarters.

Originally, their business plan called for wholesaling baked goods to restaurants and wineries and frequenting farmers markets, but COVID changed that vision.

Awad considers it a stroke of luck that the site lacks a bathroom and indoor/outdoor seating. Takeout, however, could be done. He surmised people would want more than baked goods, so he added barbecue offerings.

“You want to put something in between that great bread,” he said, adding he’s also quite fond of barbecue. “It does cover the bases very well. I don’t know how I didn’t put these two together until March.”

Last April, when the scope of the pandemic was sinking in, Awad said they encountered skepticism — including some from their accountant — about the decision to go ahead and open. But, he was convinced he had found a niche with good quality takeout food during a challenging time.

“We put ourselves in other people’s shoes,” he said. “Their favorite restaurants were closed and we wanted to provide something accessible and enjoyable.”

The couple stuck to their game plan and opened their doors to the public around July 4. As word spread they became increasingly busy. By mid-August, they were rolling.

“Our numbers were getting to what we were doing in Baltimore with a crew of 15 people,” said Awad, who is still close with his former boss in Baltimore who offered the following: “If you build it, they will come ... if you put out great products every day.”

Those great products include sourdough bread, breakfast sandwiches on biscuits, pastries and barbecue of all kinds — pulled pork, brisket, chicken and sausage with several kinds of sides (see complete menu at www.statebakery.com/menus).

Awad said Walker’s cruffins (muffins made from croissant dough) are quite popular, and she plans to experiment with more unusual fillings this season. The brisket is a top seller.

In the fall, in a nod to their Baltimore experience, the couple added crab pies. They became the No. 1 seller in November and December.

In the off-season the couple has been busy reconfiguring their space and adding more equipment. They also popped some windows, redid the floors, and painted and remodeled the service area — which will now include a refrigerator with grab-and-go items.

The menu may change as fruits and vegetables make their appearances throughout the growing seasons. New menu additions will include 9-inch cakes (coconut chiffon cream, Italian chocolate and a lemon curd vanilla) that can be ordered ahead. In fact, Awad plans to expand ordering up to a week in advance so customers can be guaranteed all kinds of selections when they want them.

“We ran into being sold out of barbecue very early,” he said.

For now, it will remain just Awad and Walker in the kitchen. He believes the pandemic has set a foundation for a new way to run restaurants. Previously, Awad noted profit margins were usually tight and there was economic disparity between the workers at the back and front of the house. He envisions when it’s time to bring on an additional employee that person will work alongside the couple, “... (embracing) different aspects of the business in a holistic way and get paid well.”

Another set of hands could help bolster online and farmers market sales, but for now Awad says the couple wants to focus on the bakery/smokehouse itself. One goal this season is to increase connections with Finger Lakes farmers to source more ingredients locally.

Awad said the Finger Lakes welcome they’ve received has been beyond warm. The Fayette Planning Board was very supportive, and Finger Lakes Restaurant Equipment donated some of what the couple needed because they supported the concept, Awad said.

“That saved us, actually,” he said. “They have been at our side the entire time.”

Estelle Peterson, who lives next door, said she was hoping the business would succeed but wasn’t sure. The good food and lake residents in summer have ensured success, though.

“Their food is excellent,” said Peterman, who is partial to the pulled pork sandwich but was at a loss to name a favorite pastry. She and her family members usually grab a bite from there two or three times a week.

Sarah Adams and her partner, Victoria Romanoff, live in Trumansburg. They drove by the business a few times before finally venturing in — and they were not disappointed. The couple formerly owned an Ithaca restaurant, enjoy good food, and like trying out new places.

“There’s nothing we’ve had we haven’t thought was pretty amazing,” said Adams, who is anxiously awaiting the State’s reopening. “We’ve just kind of gotten hooked.”

She agreed that pairing barbecue and high-end baked goods is unusual, but in the State’s case it works.

“In their own specialties they both excel,” Adams said of Walker and Awad. “They are well matched.”

Moving from the city to the country has not only birthed a new business for the couple, but a better quality of life, Awad said. Although initially frustrated by the slower pace in these parts, they have now embraced it. They marvel at the natural beauty with still-fresh eyes: the black soil, green trees and varied homegrown products.

“It’s a chef’s dream to come somewhere where there are so many fruits and vegetables,” he said. “It’s just perfect.”

And, they appreciate the way people care for their neighbors.

“It’s changed our life,” Awad said. “We are so happy to be in this region. It’s our home now.”

Kal Awad is of Egyptian descent, and he spent time growing up in that country. He said there were state-run bakeries on every corner in Cairo, and citizens were given allotment cards to buy bread at them. He and his partner chose the name State Bakery for their Canoga venture because of the nostalgic memories he has of getting warm bread at those Egyptian bakeries in his youth.