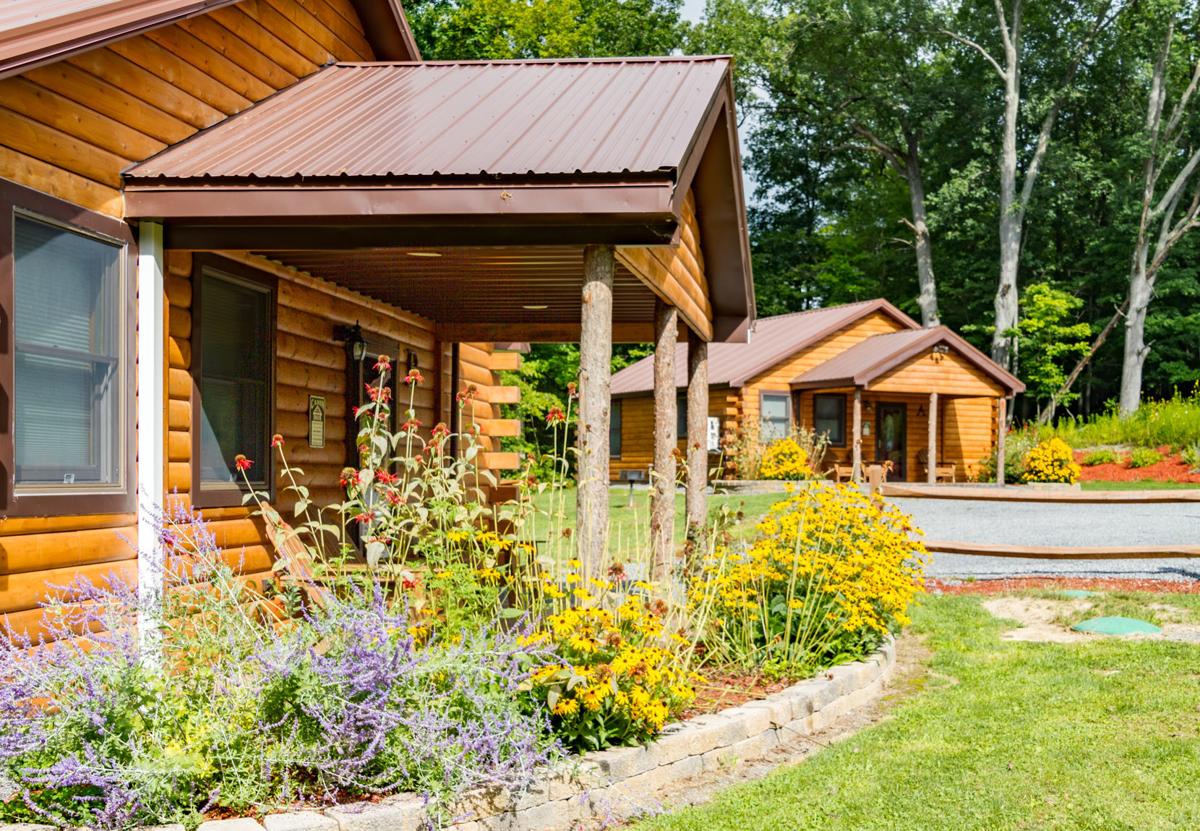 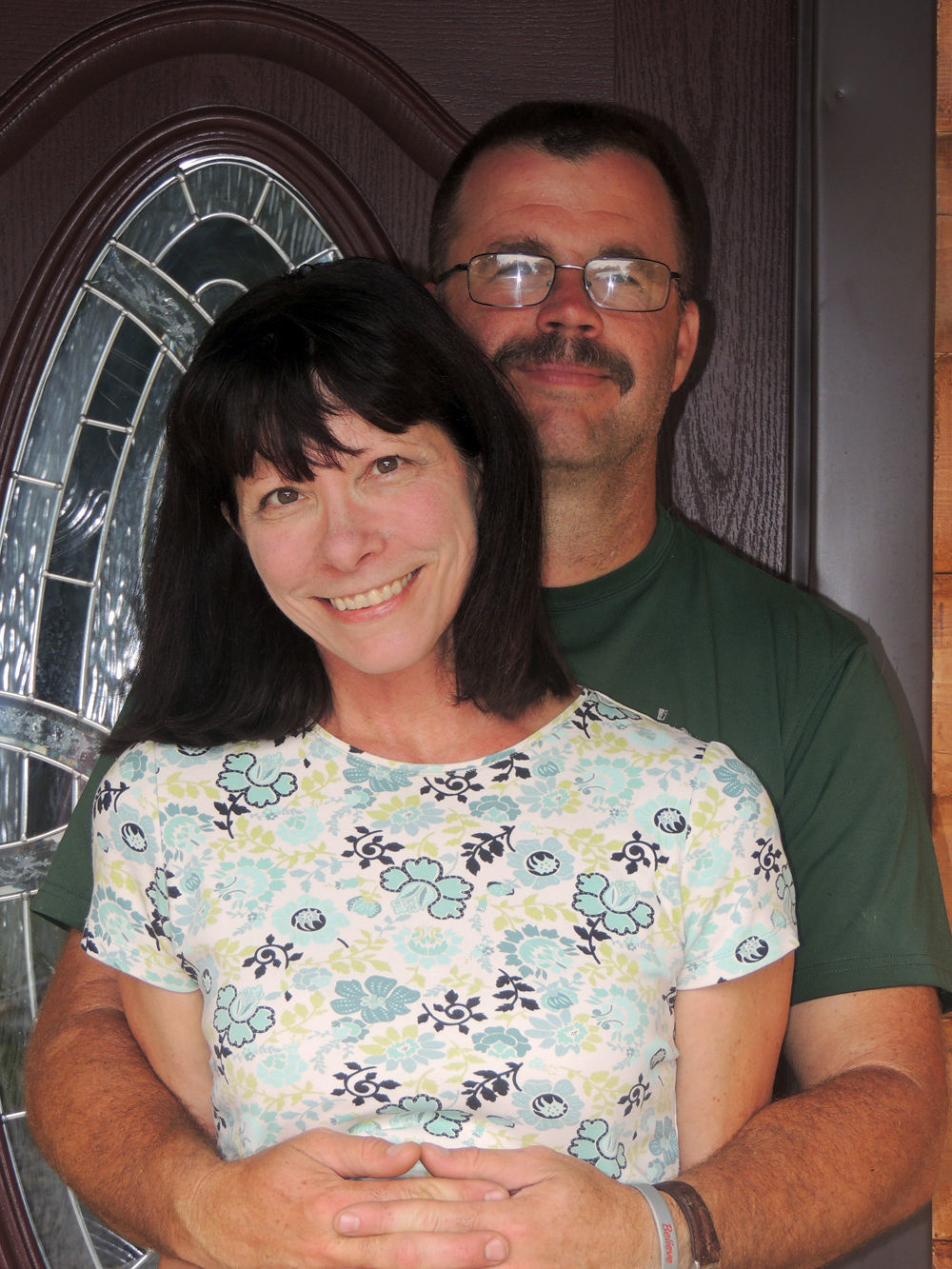 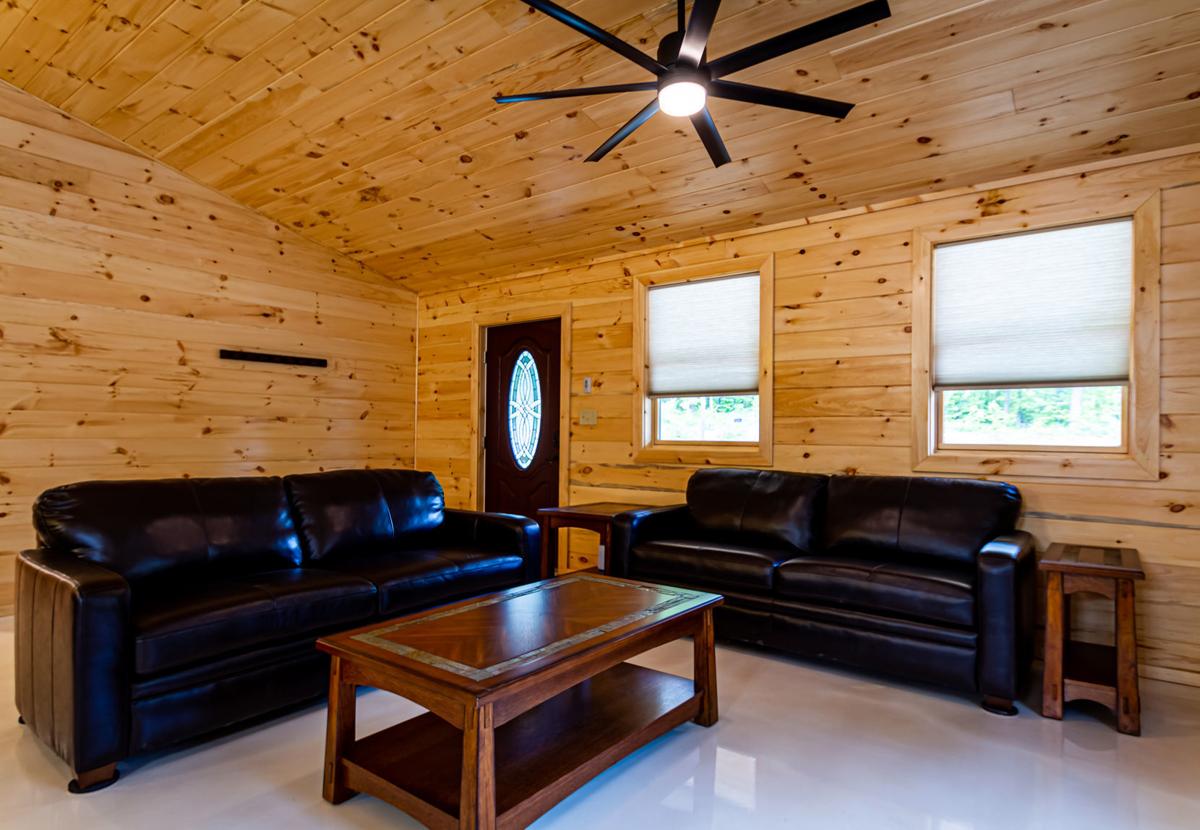 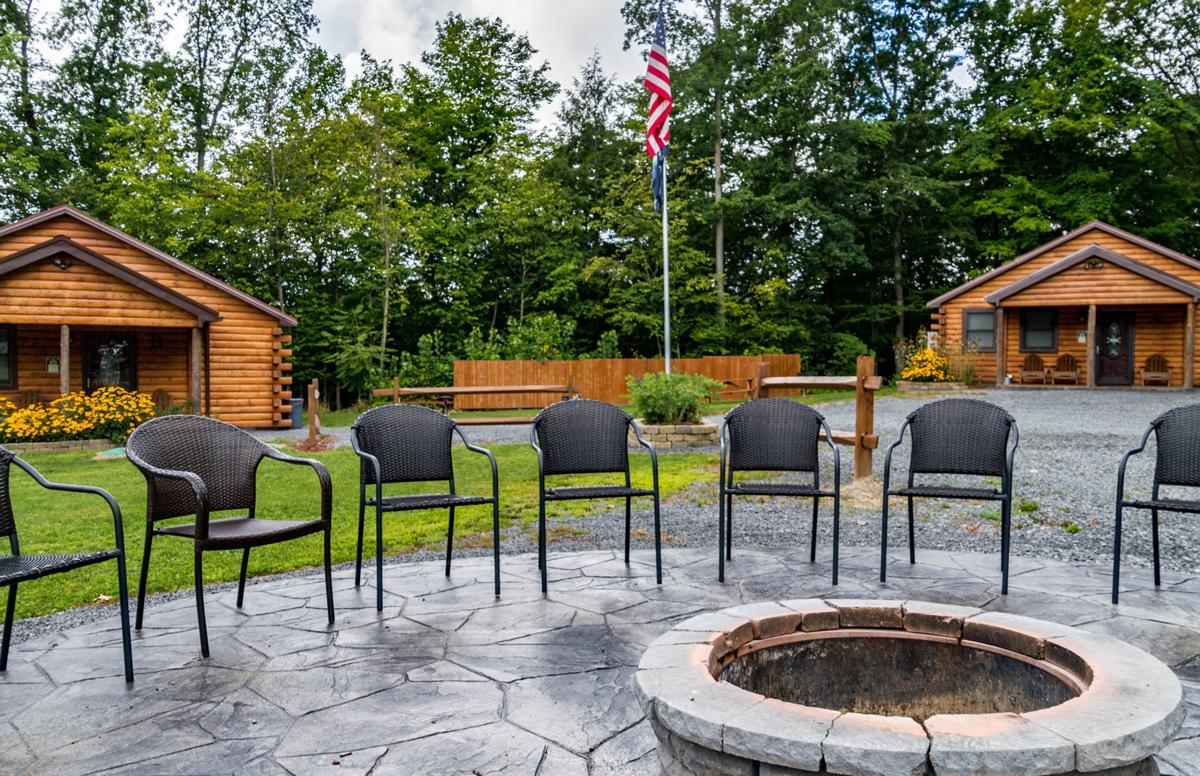 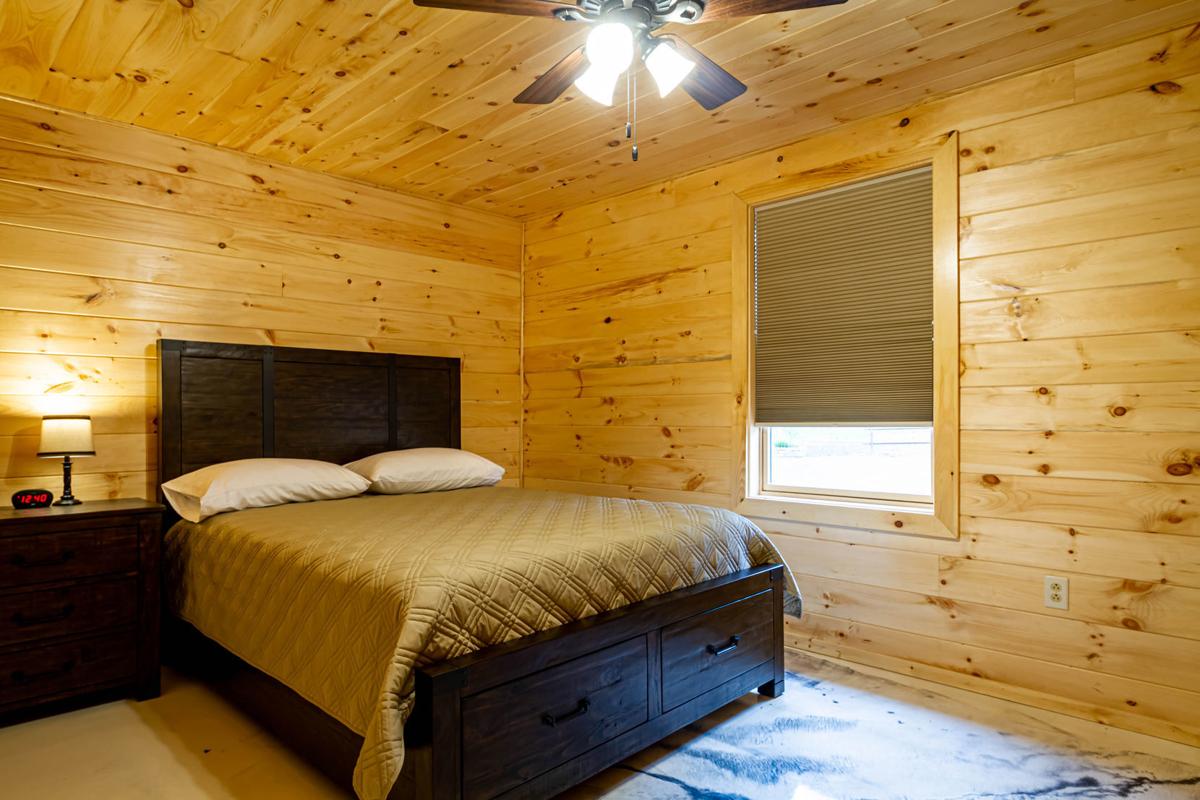 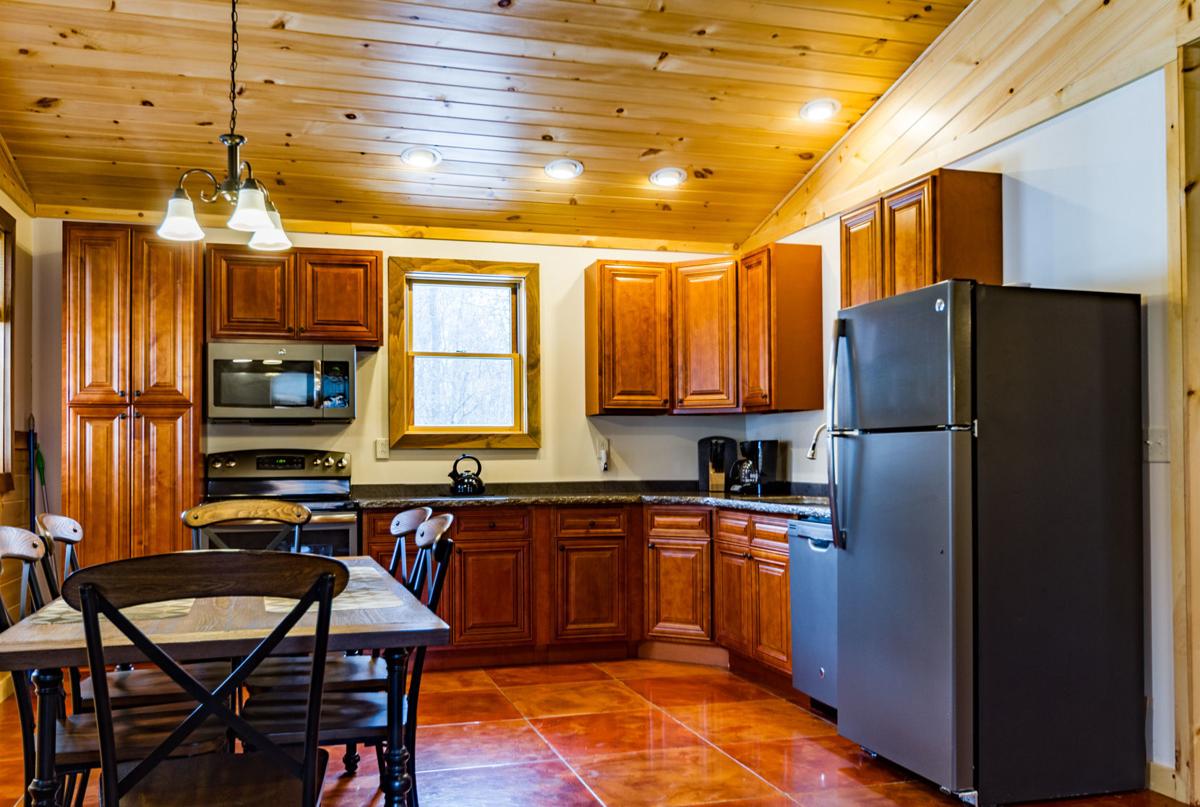 ROMULUS — People planning a visit to the Finger Lakes usually need a nice place to stay. So do local folks just looking for a relaxing getaway weekend.

That’s what Jim and Cheryl Santos were thinking five years ago when they developed Cayuga Lake Cabins on the west shore of Cayuga Lake in the town of Romulus.

Jim is a retired state corrections officer who last worked at Elmira, though he still works part-time in court security for the Seneca County Sheriff’s Office. Cheryl works part-time at Buttonwood Winery up the road on Route 89; Jim also worked at Swedish Hill Winery in Varick. They live on the shore of Cayuga Lake on Route 89.

Said Cheryl: “We would both hear from visitors to the wineries about where we could recommend they stay. Many said they were looking for a home away from home situation.”

Many also were looking for something a bit larger than a small, rustic log cabin.

The couple decided there was a definite niche to fill. They bought 3½ acres across the road from their home and determined that was where they would build some cabins to accommodate that need. It was 2013.

Jim has a construction background. So he and some dedicated friends built the initial two cabins over the next year and a half after clearing trees and installing septic and water systems. The first cabin was ready for rental in August 2015. The second, identical to the first, opened in October 2015. They did well. The couple decided to build a third larger cabin to accommodate bigger families and groups. That opened in June 2019.

Water comes from Cayuga Lake and is filtered with ultraviolet light. The cabins have radiant, boiler-heated floors. They are air-conditioned and contain many modern conveniences such as big-screen televisions and full kitchens. The cabins are dog-friendly, inspired no doubt by the Santoses’ love of their own pets. Cheryl planned the interiors, which are fully furnished. The two original cabins have two bedrooms and one full bathroom. The larger one has three bedrooms and a bath and a half, plus more interior space. They all have a selection of movies and a mini-library of books and board games.

The two smaller cabins rent for $1,080 for a week. The larger one is just over $1,300, and there is a minimum requirement of two days rental, good for a weekend.

“Three cabins is enough for us and the size of the land,” Jim said.

Guests can enjoy an outdoor community fire pit, outdoor grills and access to the lakeshore by crossing the road and trekking down a stairway. At the bottom, they’ll find a pavilion, docks and access to kayaks — and a composting toilet.

“We were attracted to this area because of the explosion of wineries, followed by great growth in craft beers and cider. Our cabin users are told of all this area has to offer,” Cheryl said. “We want people to be comfortable in the cabins and think of it like a home away from home. Our summer rentals have been booked solid and it is a little slower in the winter. There are times we have to turn people away.”

Jim noted there are no carpets or drapes because the cabins are dog friendly.

“I’d say 40 percent of our visitors bring a dog, and it’s a big draw. It saves people money in not boarding their pets in kennels, and people love to travel with their dogs,” he said with a smile.

The Santoses also market to those who come to the area for the food experience and local history in places such as Ithaca, Auburn, Syracuse, Rochester and Seneca Falls. Other local attractions that bring people to the cabins are Niagara Falls, Geneva, del Lago casino and gorges, waterfalls and hiking at places like Watkins Glen and Taughannock Falls.

They also operate CLC Tours, a 14-passenger van that will take cabin dwellers on wine tours and to historical sites and other places, including Cornell University. They said that on Friday, Valentine’s Day, all three cabins will be occupied.

“We’ve got some regulars who come back each year,” Cheryl said “We get people looking for a large family gathering place and for graduations, birthday parties, anniversaries and other celebrations and mini-vacations. Most of our visitor are from a five-hour drive from here.”

To date, the guest book shows people from 25 states, Canada, Australia and Europe.

“We’ve had some growing pains. That’s why we ask our visitors to tell us what’s missing, what would make it better,” Jim said. “For example, some said we need more mirrors. So I put in more mirrors.”

The inside is knotty pine with concrete counter tops. The exterior is constructed of hemlock siding.

The couple works closely with the Seneca County Chamber of Commerce, the county’s Tourism Promotion Agency. On Feb. 19, they will host a Business After Hours gathering from 5 to 7 p.m.