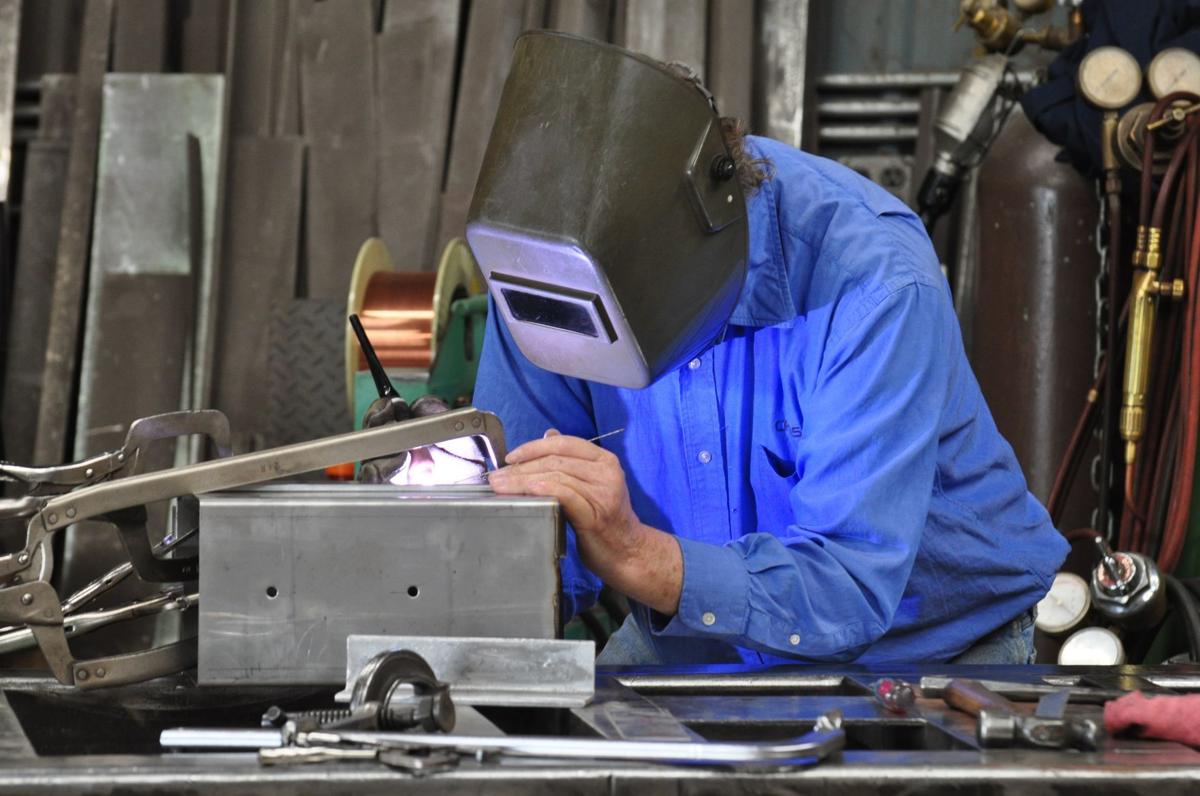 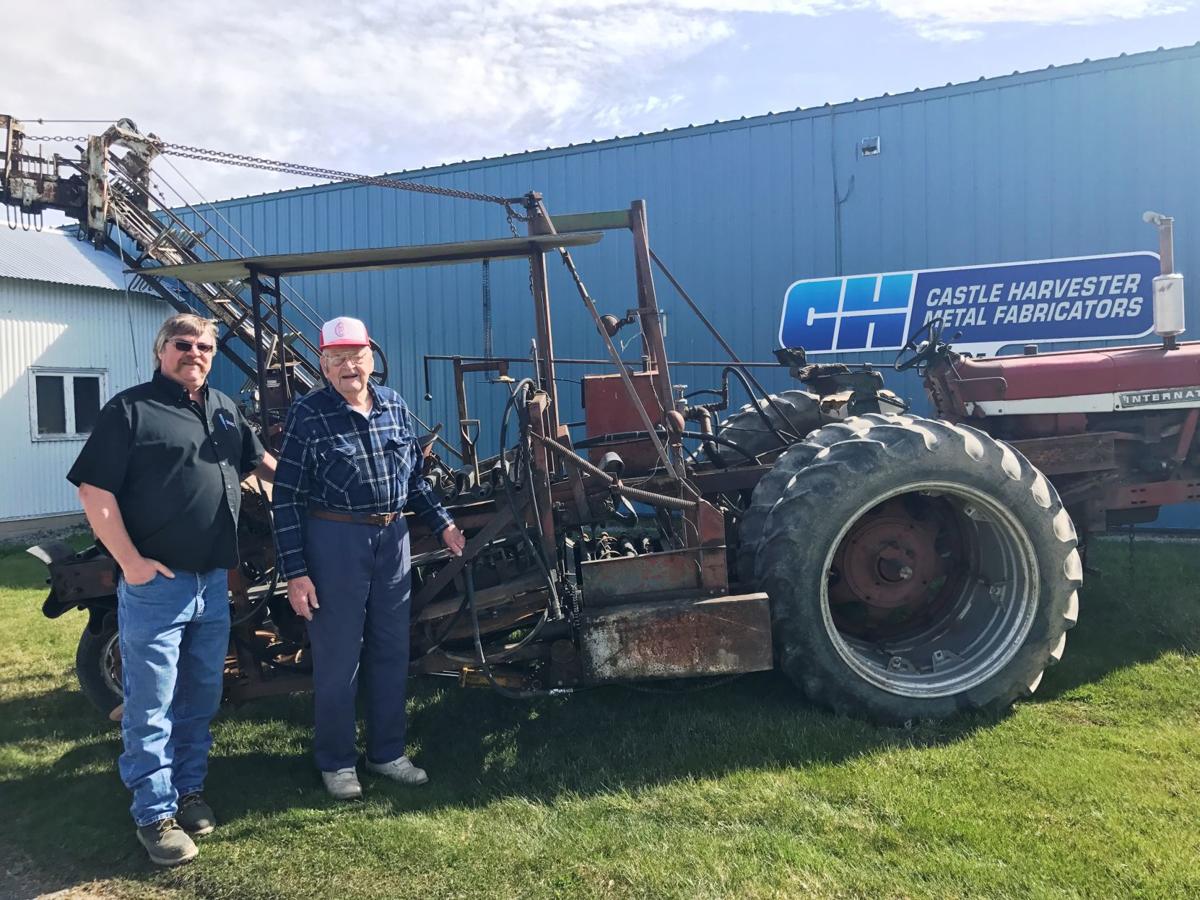 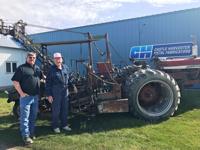 Michael Kunes (left) and his father Cliff Kunes with the first cabbage harvester Cliff Kunes designed and made. The Castle Harvester company was founded 50 years ago by Cliff Kunes. 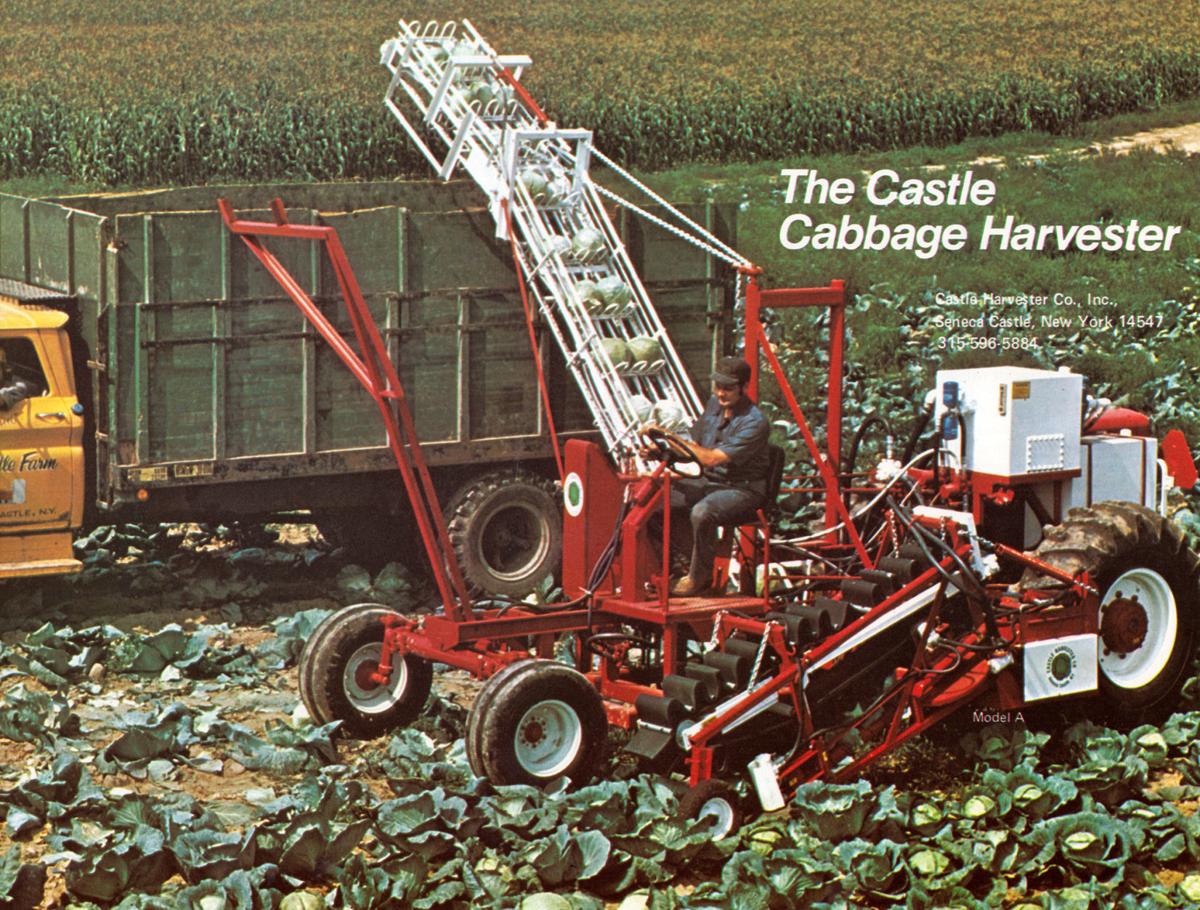 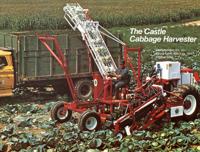 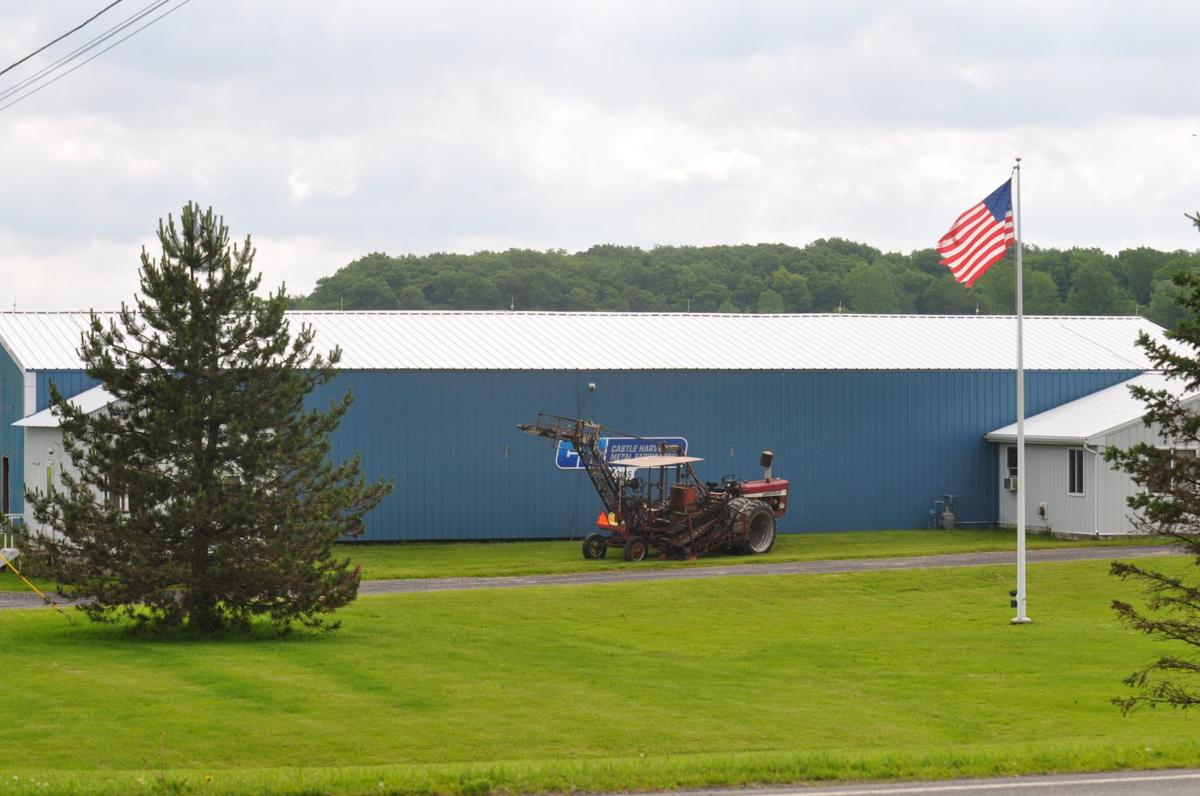 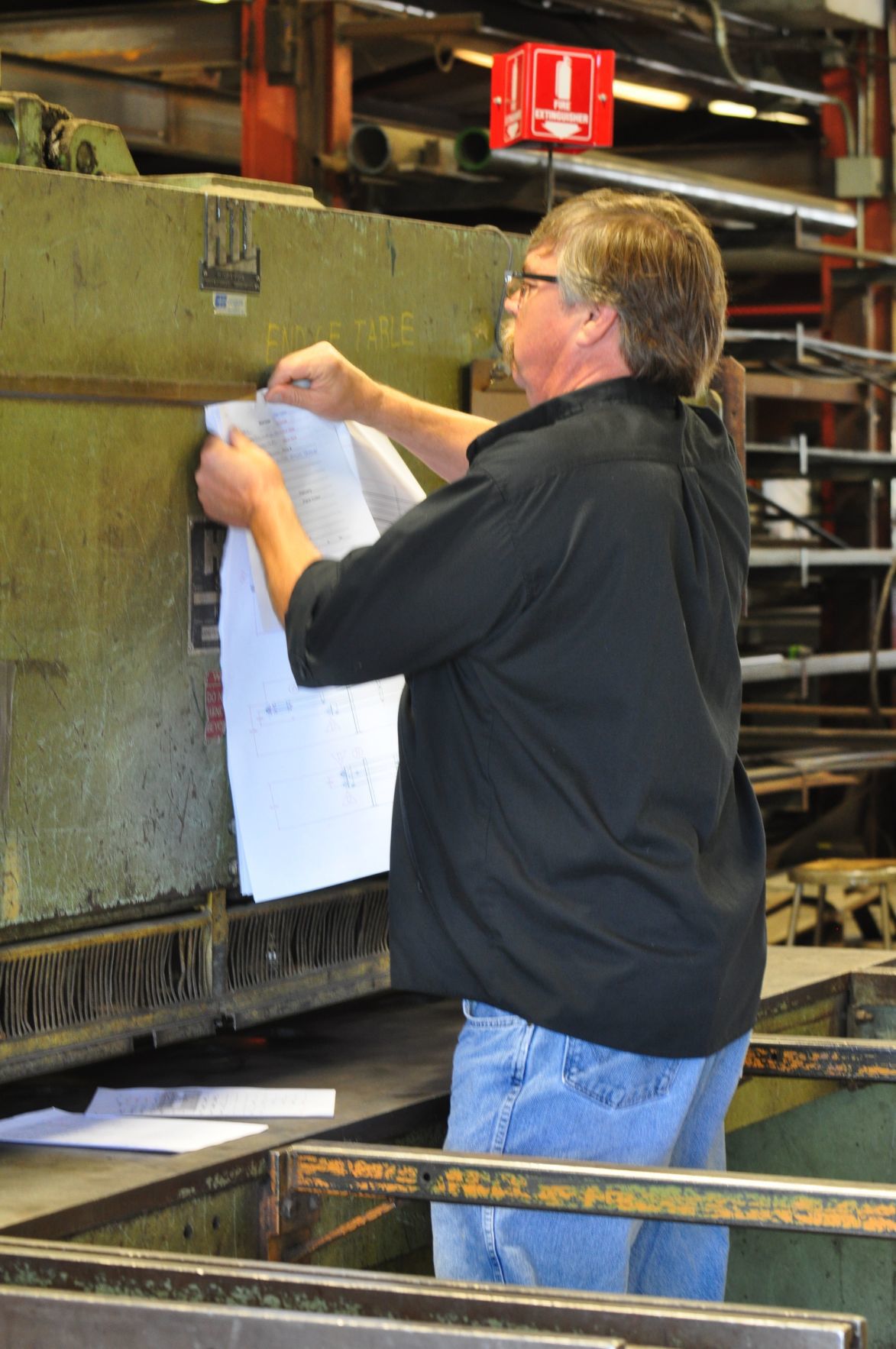 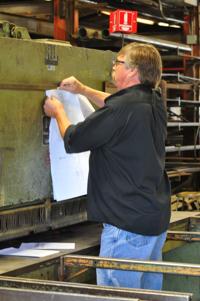 Michael Kunes pins up some drawings of a conveyor he designed for frozen food processor Bonduelle USA Inc. in Bergen, Monroe County. 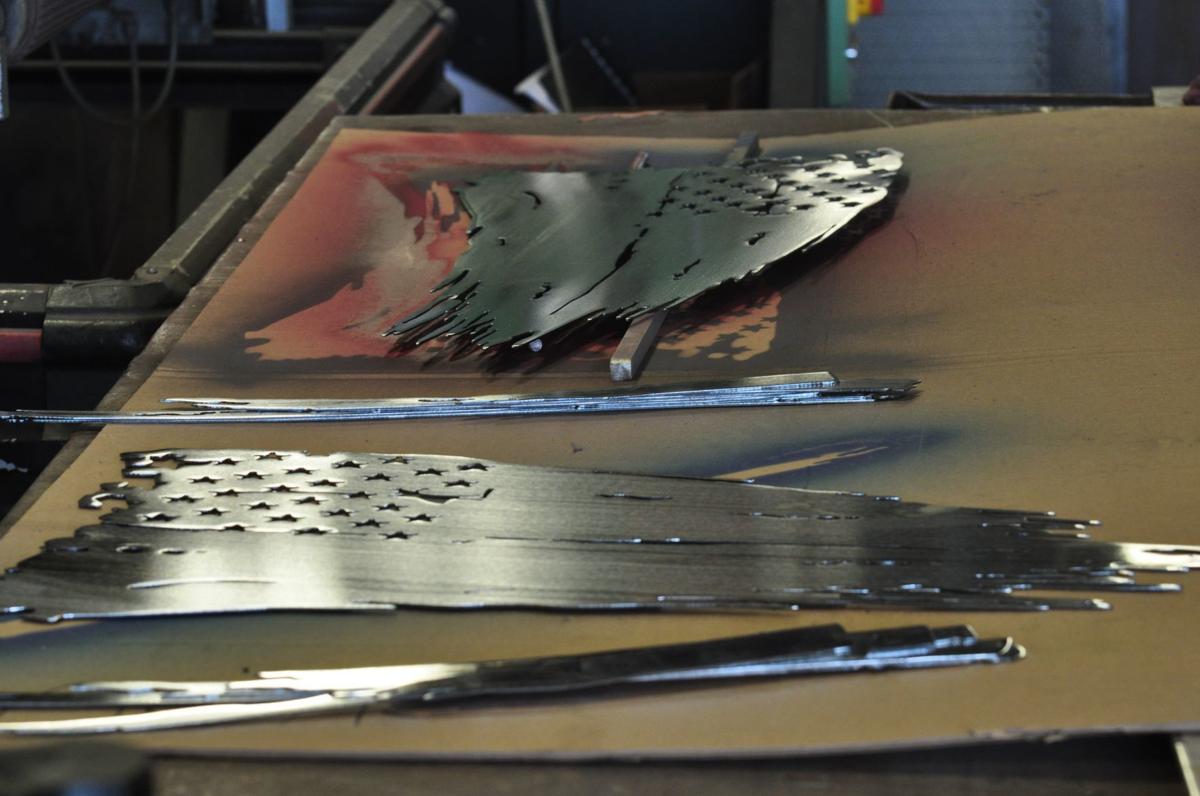 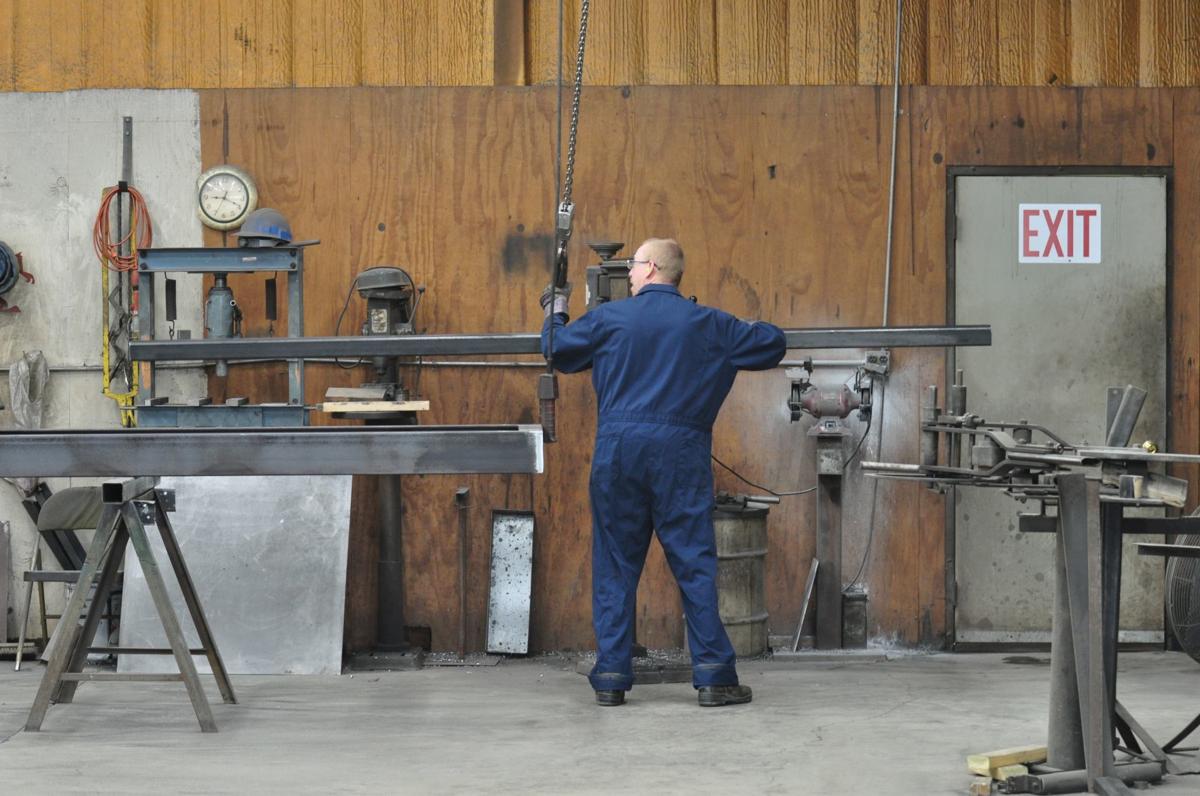 Jay Learned of Rushville prepares a catwalk leg for drilling. 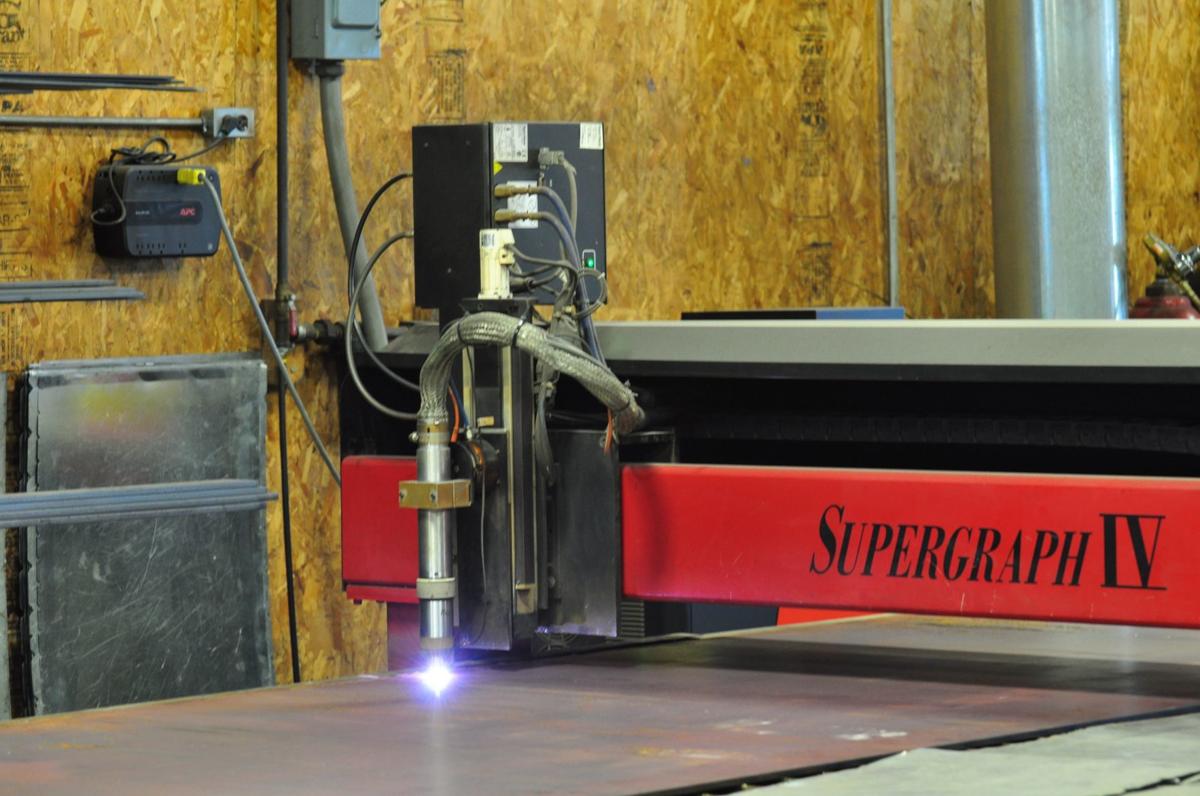 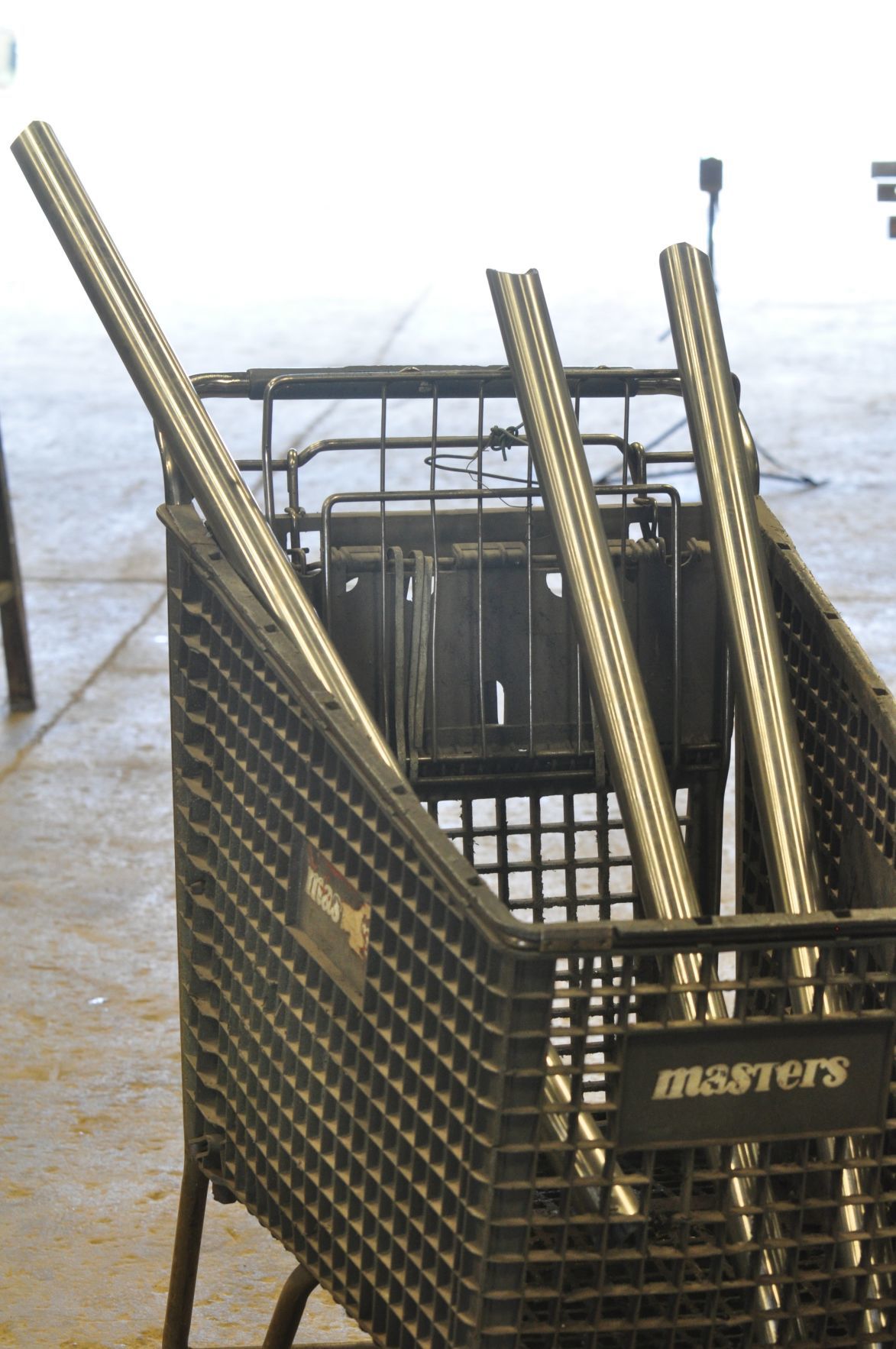 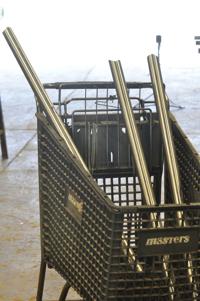 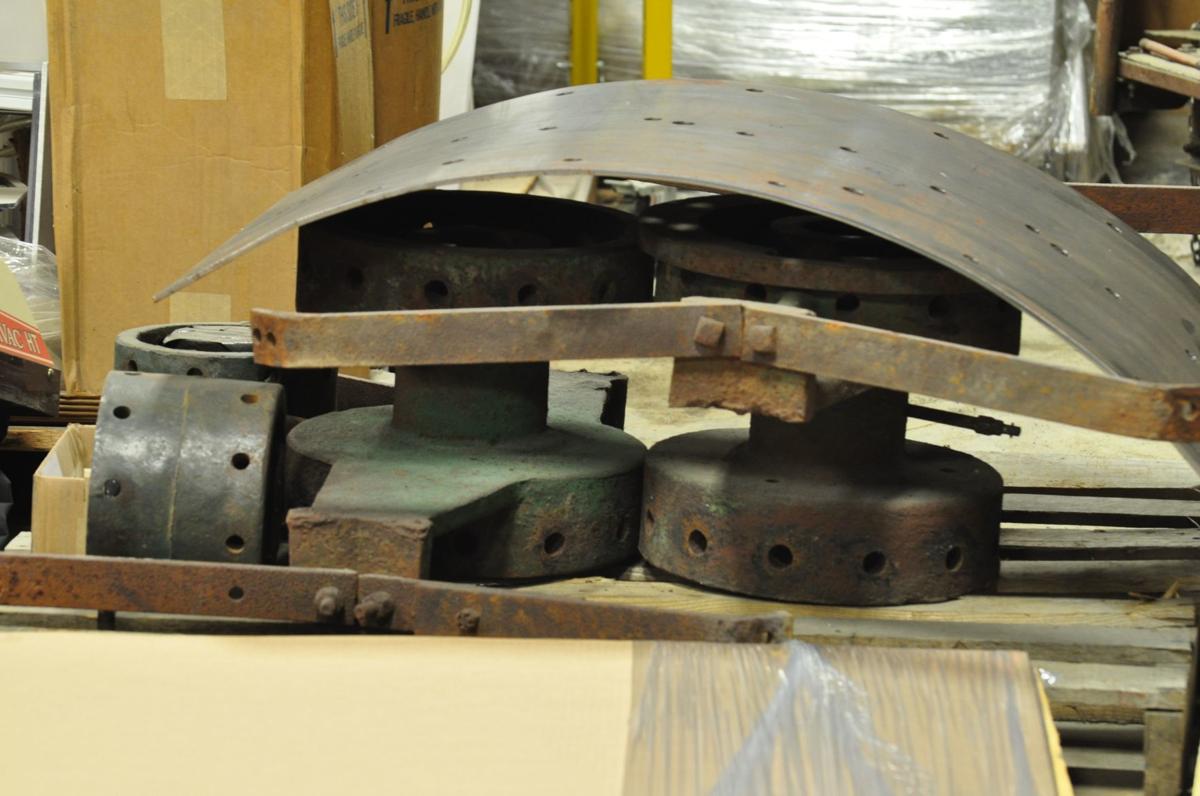 These are hubs of steel wheels that Castle Harvester will upgrade for an old steam engine train.

Michael Kunes (left) and his father Cliff Kunes with the first cabbage harvester Cliff Kunes designed and made. The Castle Harvester company was founded 50 years ago by Cliff Kunes.

Michael Kunes pins up some drawings of a conveyor he designed for frozen food processor Bonduelle USA Inc. in Bergen, Monroe County.

Jay Learned of Rushville prepares a catwalk leg for drilling.

These are hubs of steel wheels that Castle Harvester will upgrade for an old steam engine train.

SENECA CASTLE — At 87, Cliff Kunes still makes it to work once in a while to the company he started 50 years ago. It’s not a long commute; in fact, the founder of Castle Harvester Metal Fabricators lives just across the street.

“Every Wednesday I come and dump the garbage,” he joked. “It’s interesting to see what’s going on.”

Cliff Kunes lives in cabbage country — and it was his invention of the Castle Cabbage Harvester that heralded the start of Castle Harvest Metal Fabricators in 1969. He went on to develop and produce beet harvesters and fruit-picking machines, which remained the company’s focus until about 1980.

Today, Castle Harvester Metal Fabricators is owned and operated by Cliff’s son, Michael, a 1981 Alfred State College graduate who earned a degree in design and drafting. Michael Kunes worked for Goulds Pumps in Seneca Falls for three years until he returned to his father’s company in 1984.

The business has remained on Seneca Castle Road since 1969 but has undergone eight building expansions, according to Cliff Kunes. Today, work is performed in two buildings that total about 12,000 square feet and include about 20 different machines. The welding and machine shops are in separate structures.

The company’s seven employees include three full-time welders and two full-time metal fabricators. One, Ted Hurlbutt of Stanley, has been with Castle Harvester since the beginning.

Earlier this week, several projects were in the pipeline — Michael Kunes said spring and summer are generally the busiest times:

• Todd Hurlbutt of Stanley was cutting and deburring base plates for stainless-steel hand railings for the village of Clifton Springs.

• Jay Learned of Rushville was drilling holes in the leg of a catwalk that was being produced for frozen-food processor Bonduelle USA Inc. of Bergen, Monroe County. The company also is making a conveyor for that company for a squash-splitting table.

• Ted Hurlbutt, the dean of employees, was TIG-welding a stainless-steel parts basket for CDS Lipe of Liverpool, which provides specialty materials handling automation to all kinds of industrial companies.

“It’s always something different,” Michael Kunes said. “We don’t have many projects that repeat.”

Michael Kunes said Castle Harvester’s clients, for the most part, are in upstate New York from Albany to Buffalo, plus a few in Pennsylvania. Castle Harvester is affiliated with three material-handling sales organizations that help connect the company with potential clients.

Cliff Kunes believes the secret to Castle Harvester’s longevity is the personal attention paid to customers. He recalled delivering a Castle Cabbage Harvester to a buyer in Iowa and helping to set up the machine and work out the kinks. He says his son does the same thing.

“If you’ve got the boss right there, that’s it,” Cliff Kunes said. “Every one (we made) I went with it, and they knew if it didn’t work they had the owner right there.”

“They were pre-designed by the architects,” he said. “We took the drawings and made them.”

“It’s changed a lot,” Michael Kunes said of Castle Harvester’s customer base. “Kodak and Xerox, those places are still there but we do next to nothing for them.”

To mark its 50th anniversary, the company will bring its first Castle Cabbage Harvester to the Ontario County Fair July 23-27, and also have a display booth about the business and its history.

As for the future, Michael Kunes has no firm plans but is considering adding some new equipment such as laser-cutting machines.

An open house to celebrate the 50th anniversary of Castle Harvester Metal Fabricators will be held from 11 a.m. to 5 p.m. Sept. 6 at the business, 3165 Seneca Castle Road, Seneca Castle.