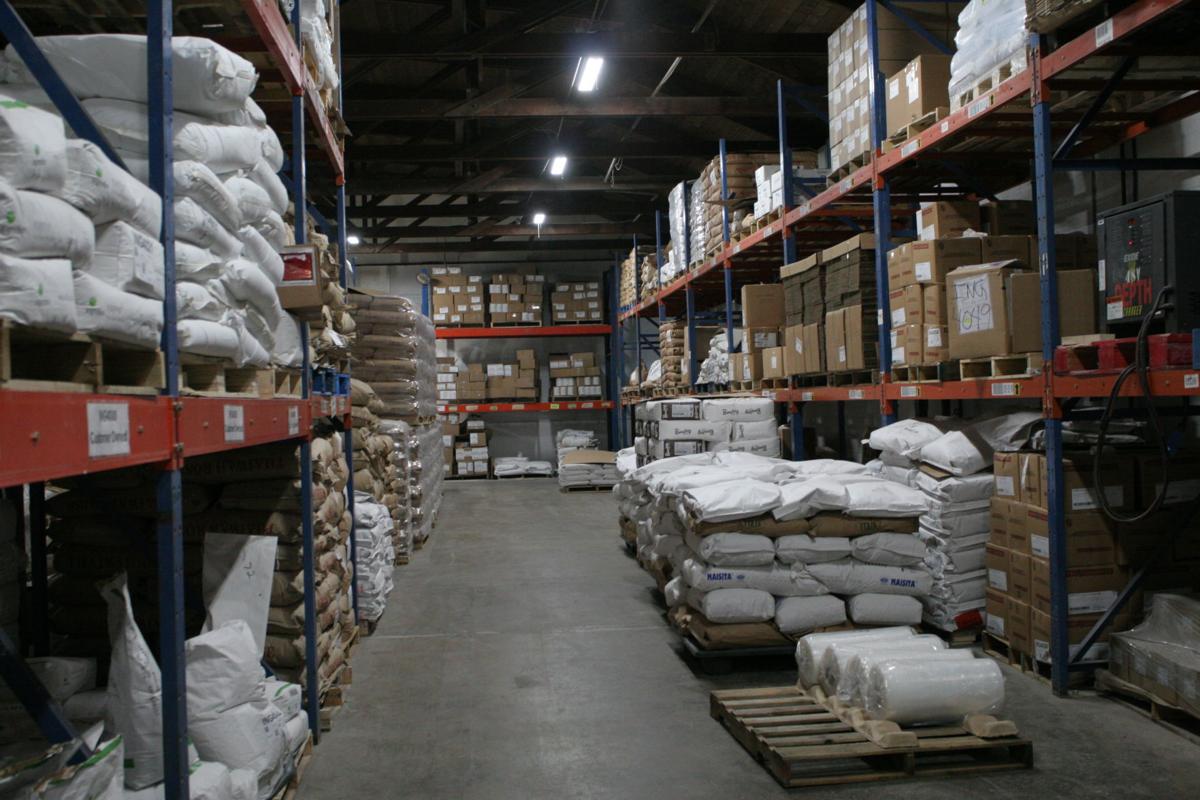 The warehouse area of Pure Functional Foods in Savannah. It's filled with ingredients for the company's dry mix blends. 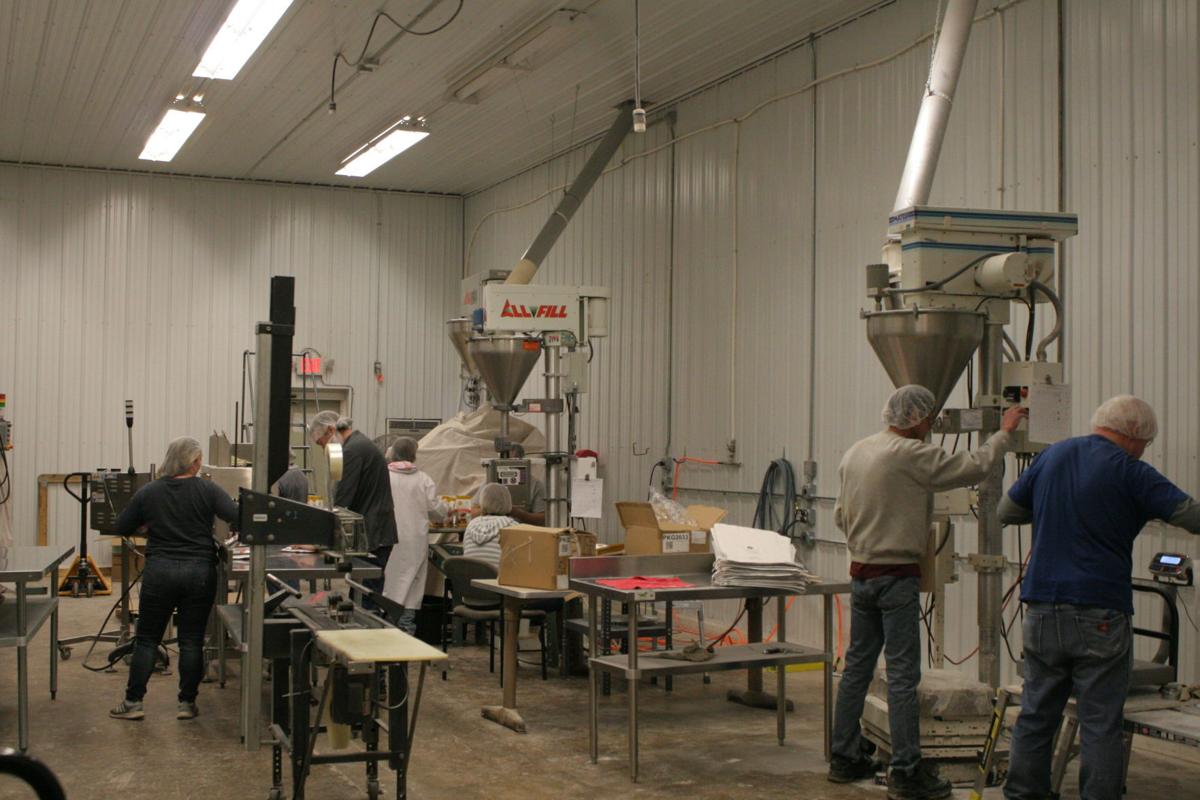 The mixing room at Pure Functional Foods in Savannah. 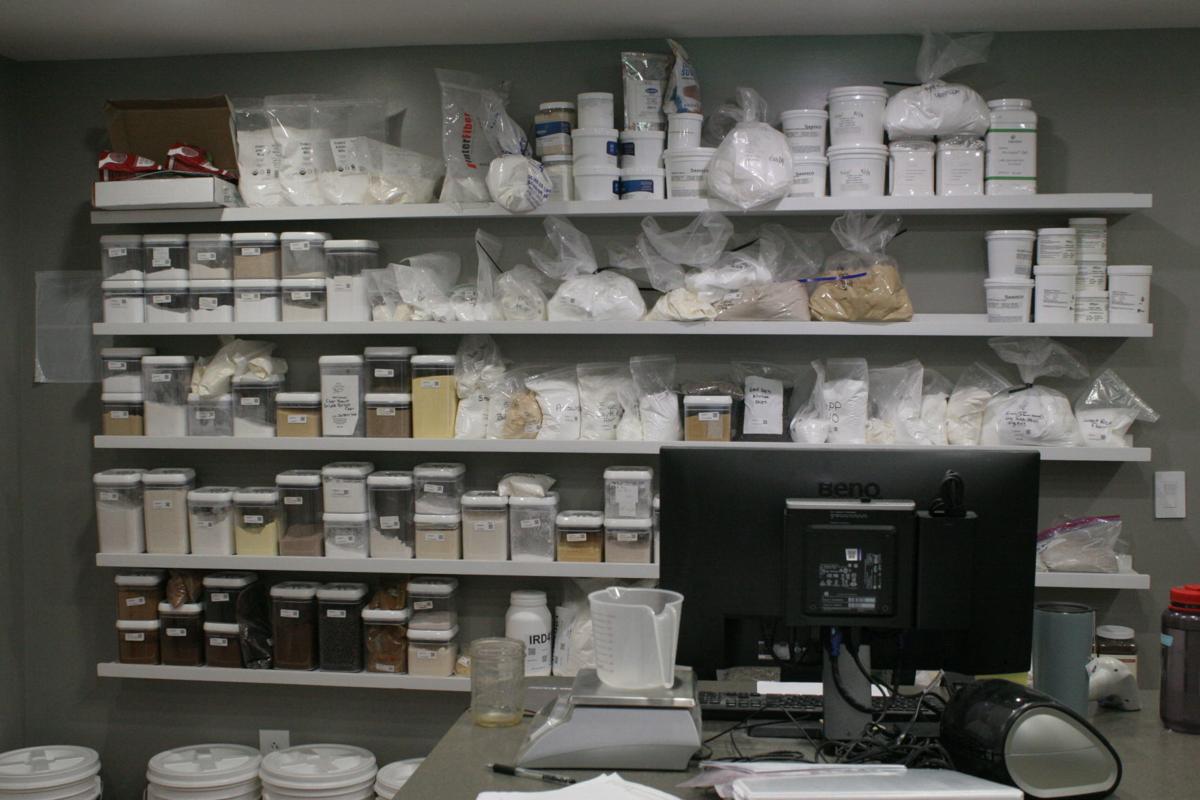 The lab room at Pure Functional Foods, where every batch of product is tested and where research and development takes place. 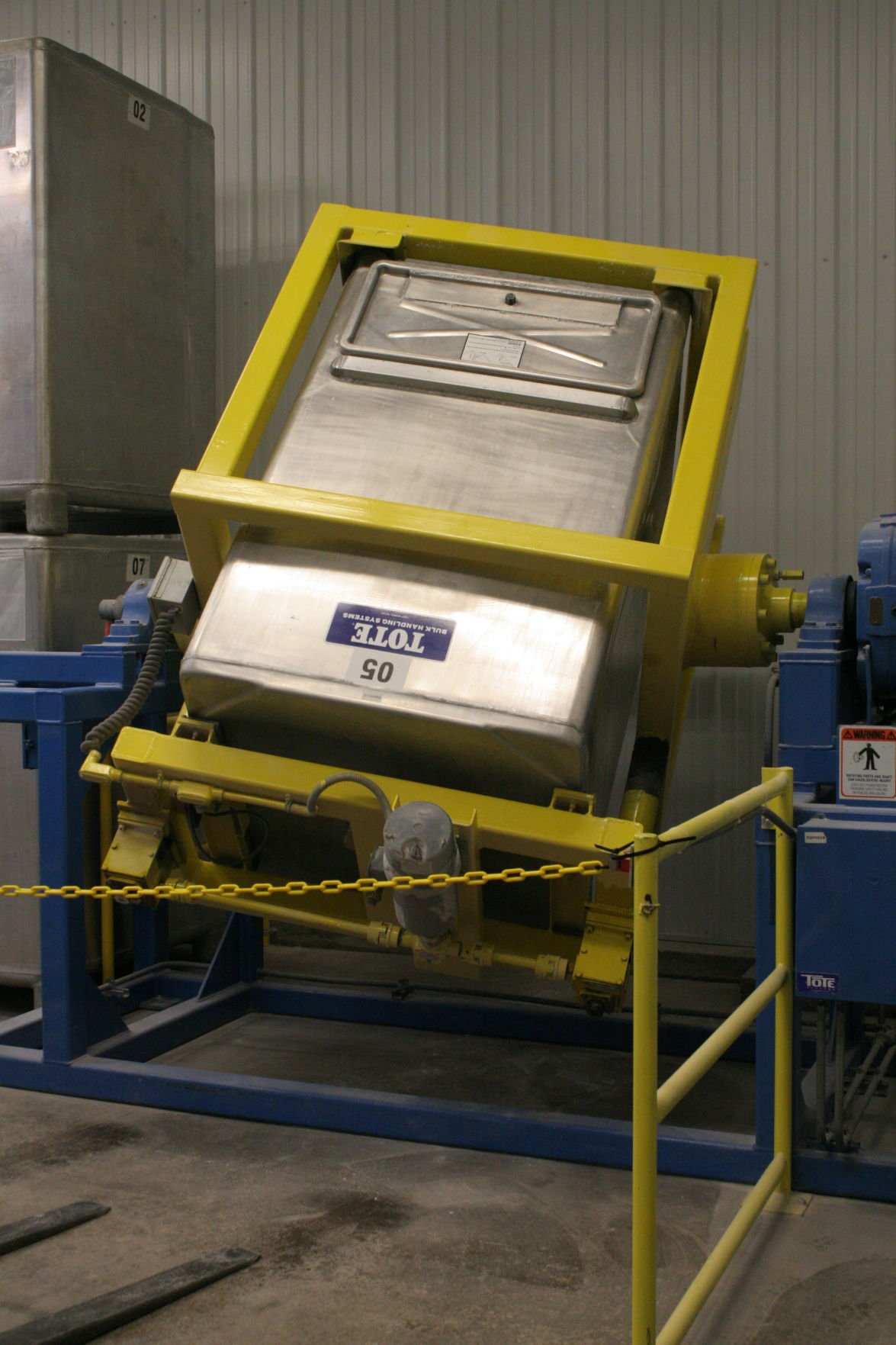 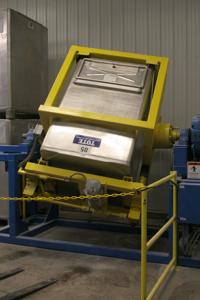 Pure Functional Foods uses this stainless steel "tumbler" for a thorough mixing of its products. 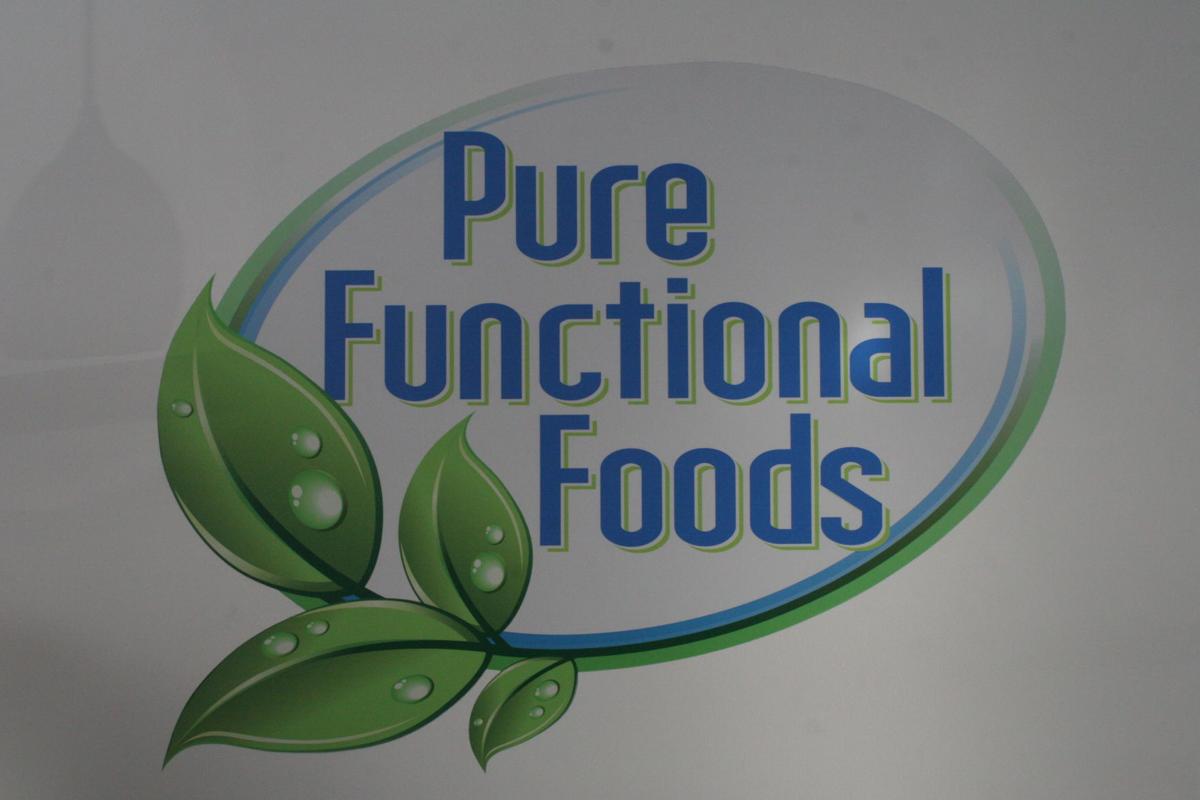 The warehouse area of Pure Functional Foods in Savannah. It's filled with ingredients for the company's dry mix blends.

The mixing room at Pure Functional Foods in Savannah.

The lab room at Pure Functional Foods, where every batch of product is tested and where research and development takes place.

Pure Functional Foods uses this stainless steel "tumbler" for a thorough mixing of its products.

SAVANNAH — Dale Weed has been involved in family-run businesses his entire life, so it’s no surprise that retirement for him turned out to be a short-lived idea.

The Weed family — namely Dale’s father, Leland — bought a longtime Cayuga County flour mill in 1947 and renamed the business New Hope Mills, renowned for its pancake mixes. Dale Weed and his brother, David, took over the business in 1982 and, in 2013, passed it on to Dale’s son, Doug.

Weed, who lives in Port Byron, previously had bought the Route 89 flour mill and property formerly occupied by Community Mill and Bean at auction; it was being used as storage space for New Hope Mills. The property houses two buildings, the mill and office/warehouse space, that add up to 25,000 square feet.

His original plan was to mill organic flour, but when a large customer who would have supported that venture backed out, Pure Functional Foods was born. Today, the company mixes and packages products for the nutritional lifestyles and allergen-controlled food markets.

Weed started out milling chia seeds, but found that blending and packaging gluten-free and other nutritional dry mixes was a more successful approach.

Pure Functional Foods is a certified kosher and gluten-free facility; in 2017, it also became the first in New York state licensed to process hemp.

“The business has continued to scale at a good rate,” said Weed, who realized early on he had to move beyond the gluten-free market to realize growth.

Weed said less than 1 percent of the population is celiac, a condition that requires a gluten-free diet — although others follow it for health and comfort reasons. However, Weed noted the market for grain-free and keto diet followers is much larger, so the company began adding products geared for them to the company’s repertoire. (A keto diet limits grains and focuses on consuming a high amount of healthy high fats, adequate protein and low carbohydrate foods in a specific ratio).

A frequent attendee at national food trade shows, Weed knows that eating healthy is trending upwards. He also has personal weight-loss experience with the keto diet.

“I’m a baby boomer,” he said. “I’m looking at longevity of life. I’ve seen what the keto has done.”

He also believes the trend in food will be toward ever-increasing, nutrient-dense products, and he sees seed-sourced high protein flours as a way to make that happen. Most food costs are calculated based on costs per serving, but Weed is interested in reframing that with nutrition in the equation. And, a successful way to do so is by using or adding some of these nutrient-dense ingredients in foods people already love — like pizza.

“We’re trying to look at it from a different perspective, and we’re finding some good acceptance,” he said, adding the key is the use of high-protein flours that perform like the regular stuff.

He declined to name the company’s customers, but said Pure Functional Foods blends and packages traditional gluten-free flours for sale to bakeries, frozen-food manufacturers, food service and some retail outlets. Its other products include grain-free paleo flours and keto products: fruit, seed, vegetable and root flours, plus sugar replacement and resistant starch solutions.

Pure Functional Foods primarily packages flours ground from sunflower seeds, its most popular, along with pumpkin seeds and hemp seeds. Its hempseed flour, Weed proudly noted, is not “John Deere green” in color but almost white, which makes it unique.

“John Deere green is not a good color for food; it looks like mold,” he said.

Pure Functional Foods grew hemp on 15 acres of its property this past summer, but experienced the theft of some of its plants, leading to the arrest of seven people, Weed said. He is unsure if the company will continue to grow that crop moving forward, but will still be processing hemp flour — hemp seed contains the essential nine amino acids, he noted.

“That’s been an important part of what we do, the innovation side of finding seed flours functioning in a keto mix,” Weed said, adding the company also provides research and development services on a consultation basis.

In a nearby mixing room the flour mixes are blended. Pure Functional Foods uses an enclosed stainless steel bin it calls the tumbler that lifts and rotates its contents, rather than a standard ribbon blender to mix ingredients.

“We’re using this because it gets a complete blend … there are no dead spots where it’s not blended,” Weed explained. “It works really well for us.”

The company is poised for continued growth, but Pure Functional Food’s biggest challenge, he said, is finding dependable and responsible employees.

“We don’t need college degrees,” he said. “We just need people of character willing to work.”

The company also needs more space. Weed said it leases another 32,000 square feet of space in Wayne County in addition to the 25,000 at the Route 89 site.

“If we continue to grow,” he said, “we’ll either have to go to multiple shifts or another building.”