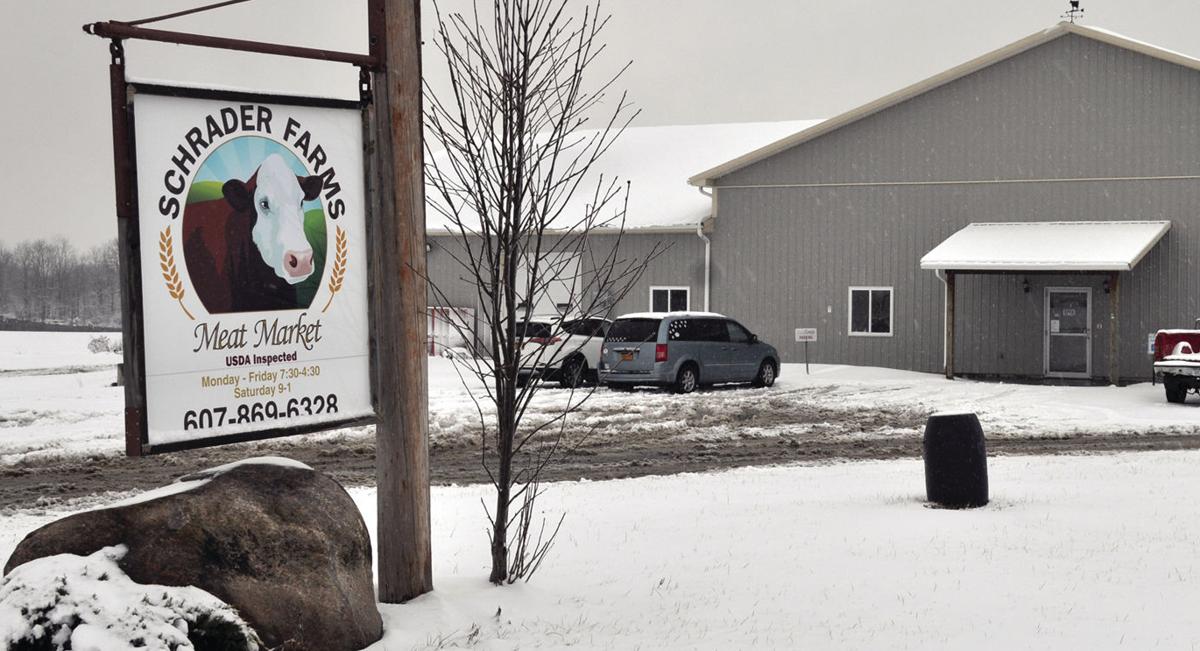 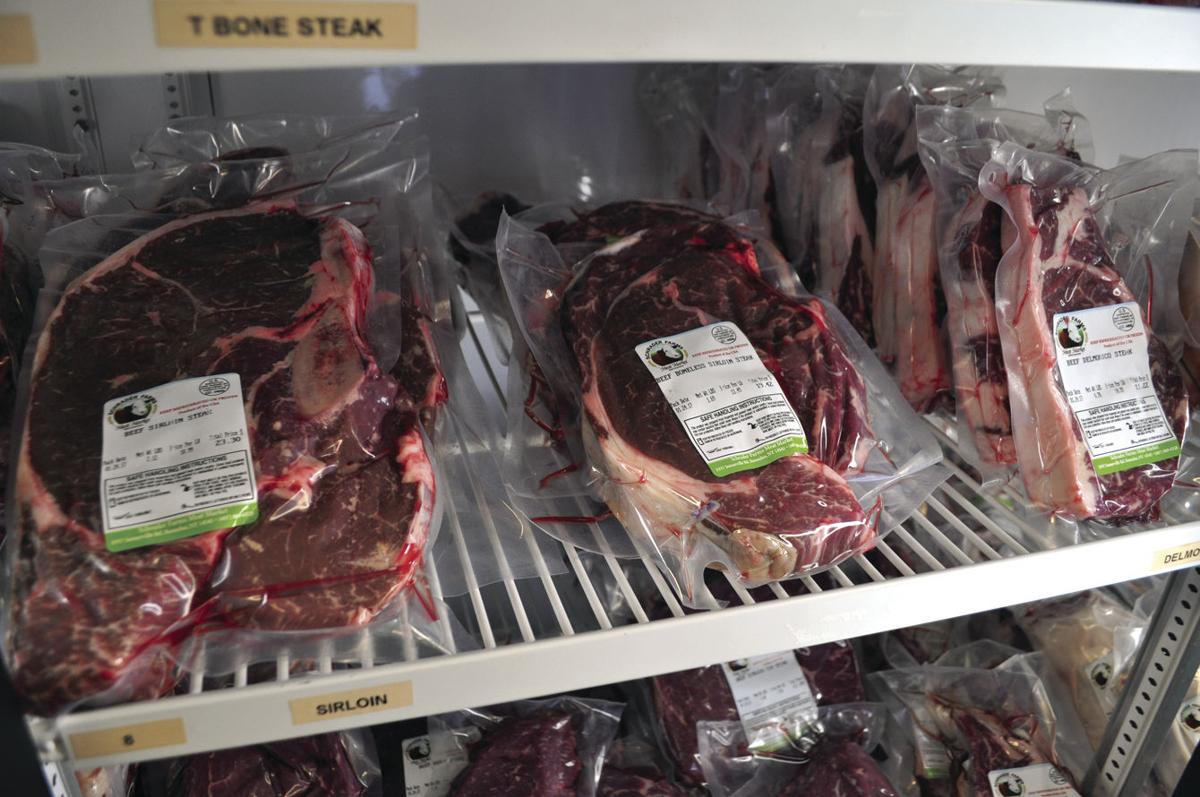 In the retail area of Schrader Farms Meat Market, consumers can buy a variety of meats, including sandwich meat like baloney and pastrami; bacon; steaks; and hot dogs. 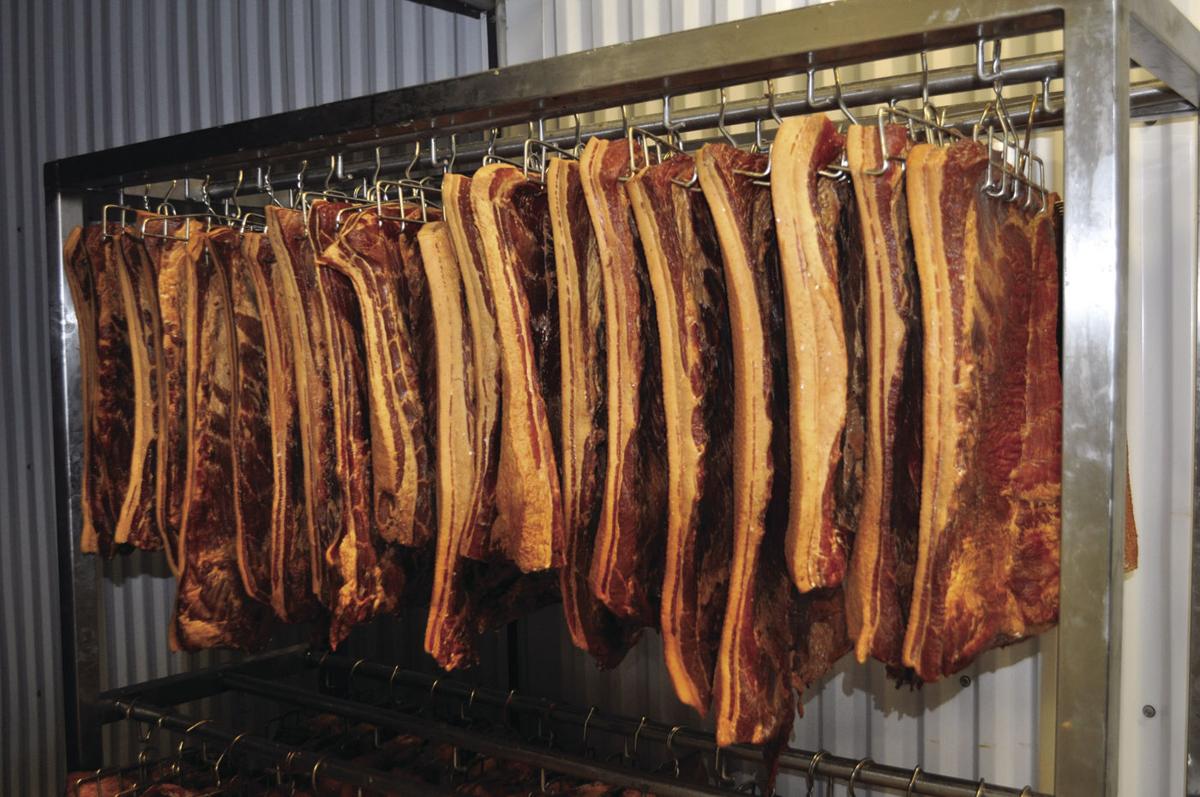 The business added a smoker in 2014 and has subsequently expanded its line of products to include things like smoked bacon. 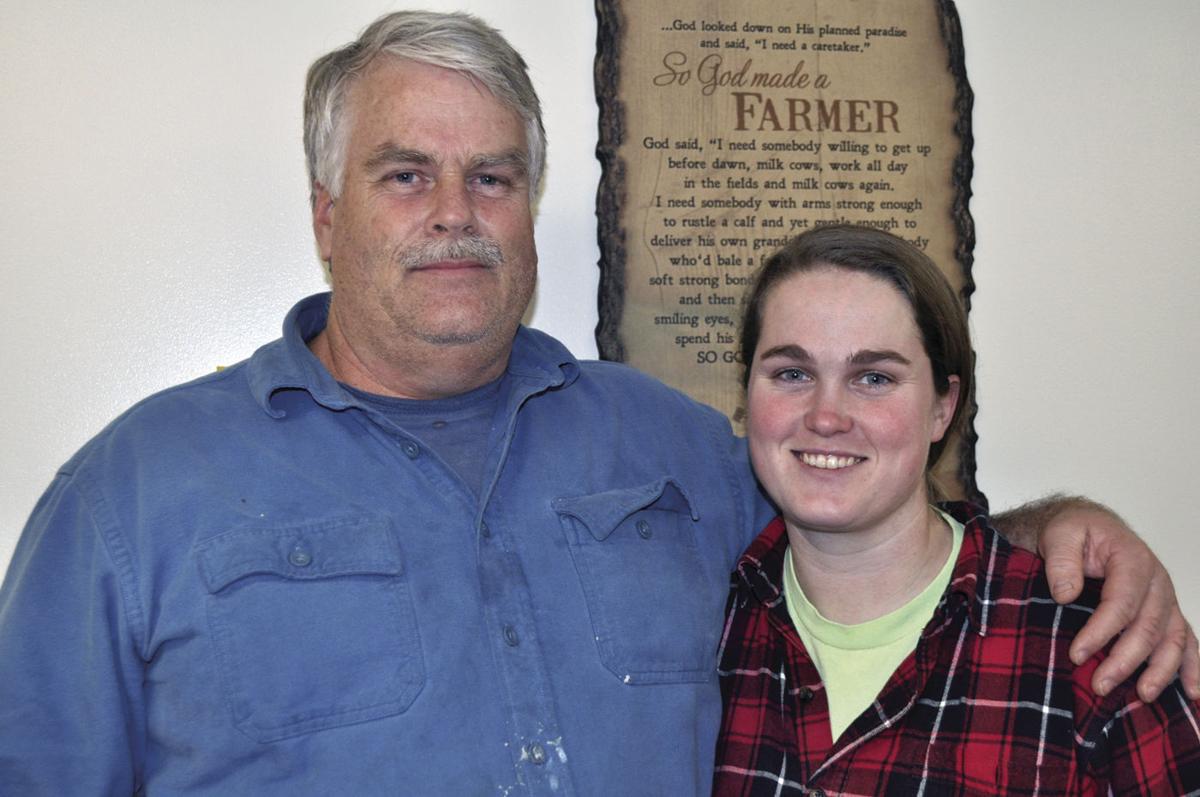 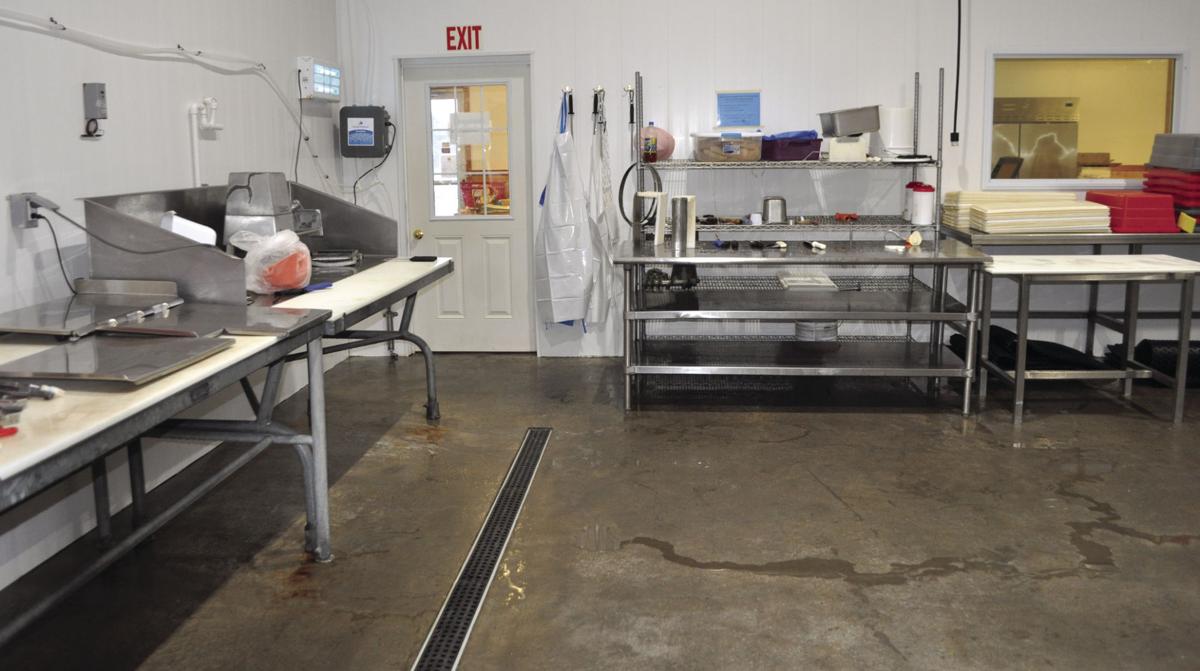 In the retail area of Schrader Farms Meat Market, consumers can buy a variety of meats, including sandwich meat like baloney and pastrami; bacon; steaks; and hot dogs.

The business added a smoker in 2014 and has subsequently expanded its line of products to include things like smoked bacon.

ROMULUS — Keith Schrader’s goal with his family-run business is to bring back the hometown butcher shop of yesteryear — a place where customers knew where their meat came from and who was cutting it.

Keith Schrader is a longtime area farmer who was selling beef out of a garage freezer when he decided he wanted his product processed under USDA guidelines. He approached his friend, J.R. Westervelt, who had experience in meat cutting, and asked if he would help.

Schrader enlisted a contractor to put up the 9,000-square-foot building and pour the concrete floors, but he and others fashioned the interior into the facility it is today. The building on Somerville Road includes a front retail and office space; break room; harvest room; cutting room; wrapping room; and multiple coolers. Similar rooms are also situated on the building’s western side for the smoker portion of the processing facility.

Schrader’s sells individually wrapped fresh and frozen beef cuts and a variety of pork products to individuals and restaurants. It also performs custom meat processing for customers and offers catering services. Whole, half, or quarter cows are available upon request, and shipping is available.

Keith Schrader raises about 70 percent of the cows that are processed at his facility. He also purchases cattle from two other Seneca County and one Yates County producer, providing a market for local cattle farmers. He relies on one Seneca County supplier for his pork needs.

Schrader’s also processes a small number of lambs and is permitted to process goats, veal, alpaca and water buffalo.

The cattle that are processed are what’s considered “naturally raised,” meaning they are fed a combination of hay and grains. Schrader said the cattle are not given antibiotics or hormones on a regular basis.

As he approaches five years in business, Schrader said he is pleased with the market’s steady growth.

“At first we were processing and selling two to three cows a month,” he said. “Now we do two to three a week.”

Retail meat sales make up about two-thirds of the business, with custom meat processing fulfilling the other third. Schrader noted on the custom side he even has some animals booked for processing into 2018.

Schrader’s has 12 full-time and five part-time employees — and is a family operation at heart. Sue Schrader helps when she’s not teaching and runs the catering side; daughters Kara Schrader and Abbie Schrader and daughter-in-law Michelle Schrader work at the meat market; and sons Danny and Aaron help run the family farm, where Schrader raises not only cattle but grows corn, soybeans and hay on 850 acres.

“We see that as an avenue for growth, and we’re working on that more aggressively now,” he said.

In an era when packaged meat no longer must indicate its country of origin, consumers nowadays are more interested in where their food comes from, Schrader said — noting that in addition to local customers he sees people coming from Syracuse, Rochester and Skaneateles.

“They make a day trip out of it,” he said. “They call ahead and place their order.”

And, these customers are also desiring more sophisticated and unusual cuts of meat.

Kara Schrader explained that cuts of meat are being broken down by muscle structure now; she recently did a teres major cut and beef spareribs for a customer. That specificity is something Schrader’s is equipped to provide, her father said.

“We’re trying to bring back the hometown meat market where people go in and order what they want,” Schrader said. “That’s what we can do here.”

Many people are under the impression that Schrader’s only sells meat in bulk, but customers can come in and buy individually wrapped steaks, pork chops and other pork cuts, as well as bacon, jerky, hot dogs — even eggs, honey, syrup and pancake mix.

Holidays are typically the busiest time. Schrader said they sell a lot of standing rib roasts and hams at Christmas, more hams at Easter and order fresh turkeys to sell at Thanksgiving.

In 2014, Schrader’s added a smoker; that has allowed the business to steadily increase its pork products. A large smoker is fueled by hickory, cherry and apple wood chips, Schrader explained as he opened coolers to show off racks of bacon and hanging hams. Bacon, he noted, is their top seller.

The main obstacles in running his business, Schrader said, are the workers’ compensation costs in New York state and the paperwork associated with USDA regulations.

Still, that USDA stamp is important to Schrader and the reason he started the meat market in the first place.

“We have a USDA inspector here every day, which sets us apart from your grocery store or other small meat processors,” he said.

As he nears his five-year anniversary in business, Schrader said his goals are to attract more local retail customers, increase marketing outreach to local wineries and explore more co-packing arrangements like one that is in the pipeline. Schrader’s is currently working with a Pennsylvania company to make their Italian sausage.

“We’re still fine-tuning the taste, but I think we’ll be diving into that fully pretty quick,” he said.