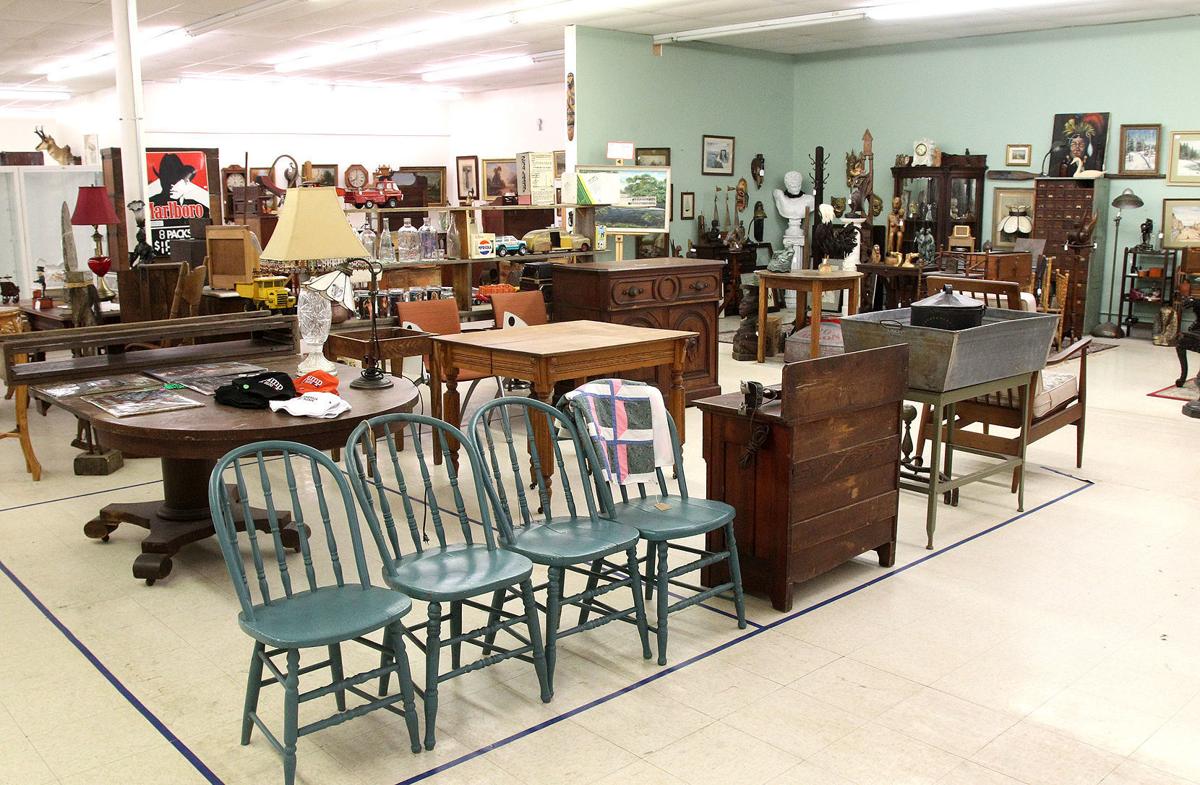 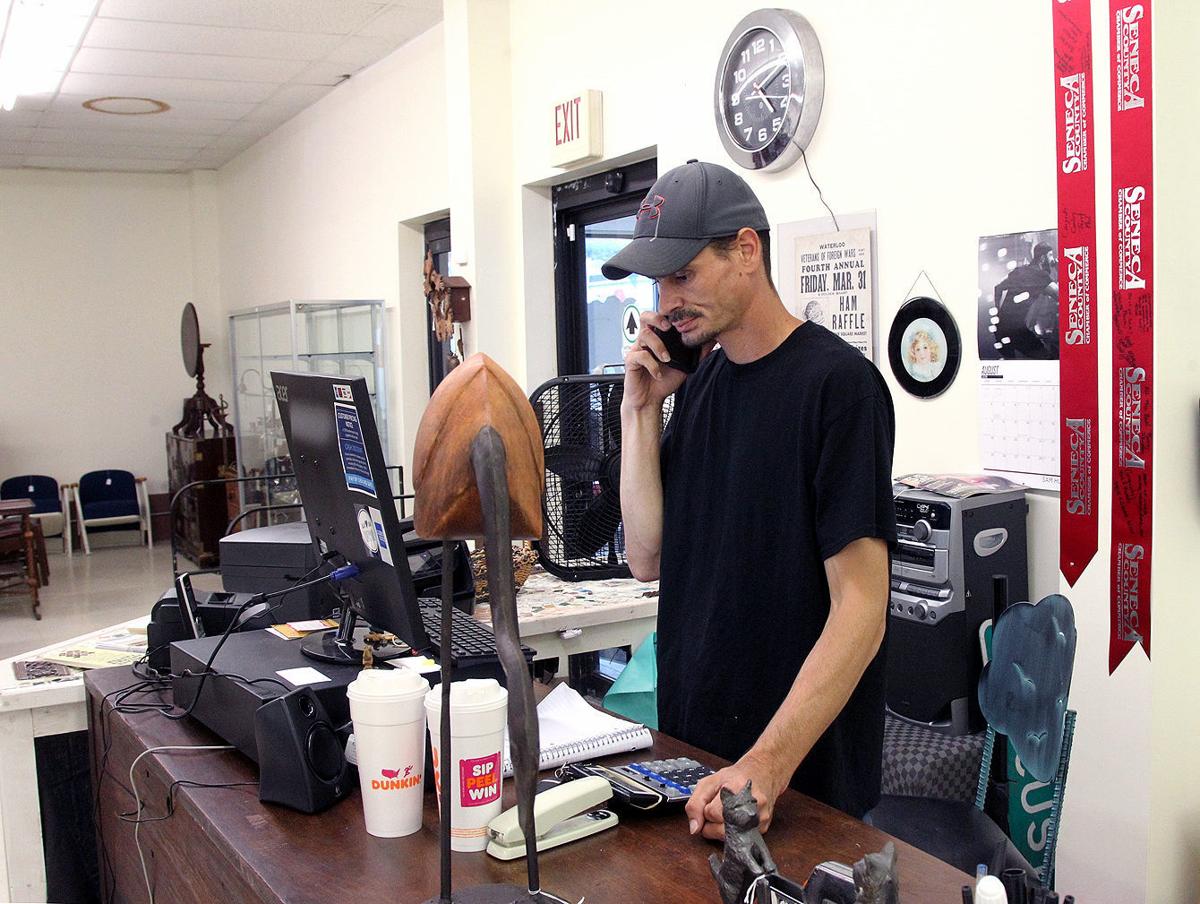 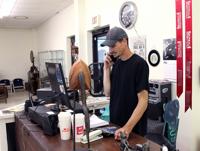 Joe Johnston (pictured) runs Upstate Antique center. His mother, Robin, is the owner, and his brother, Cliff, also helps out. 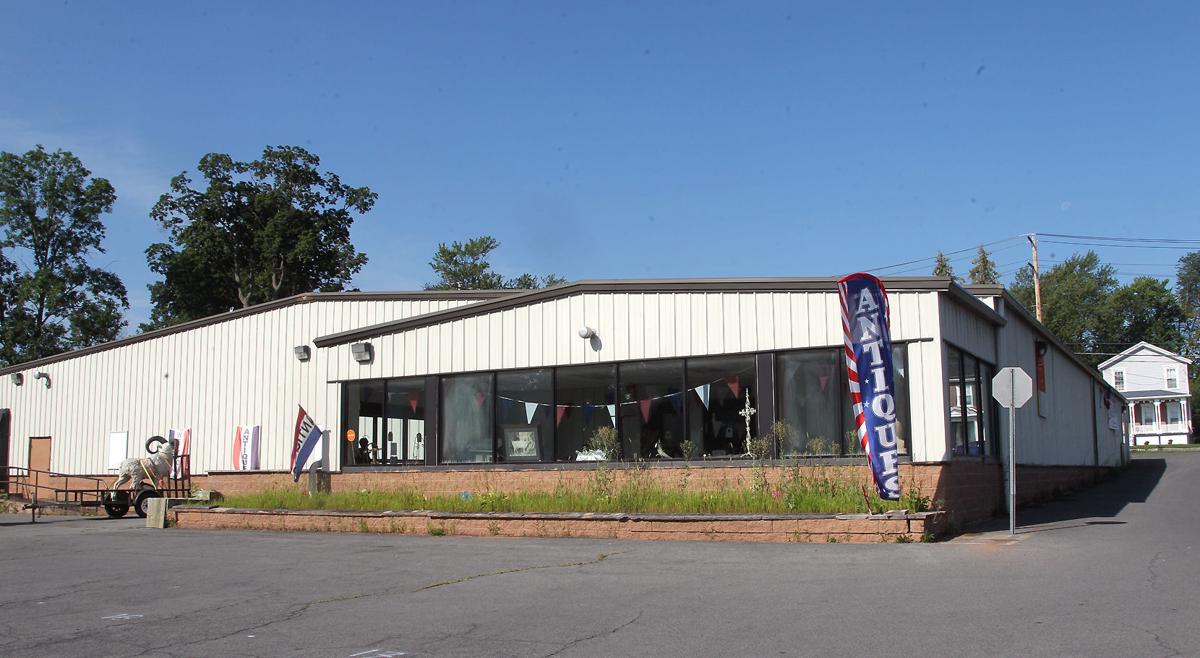 Upstate Antique Center is just off Routes 5&20 and a block west of Route 96. The 16,000-square-foot building features a large parking lot, and the owners tout that it is minutes from Thruway Exit 41 and 10 miles from del Lago Resort & Casino. 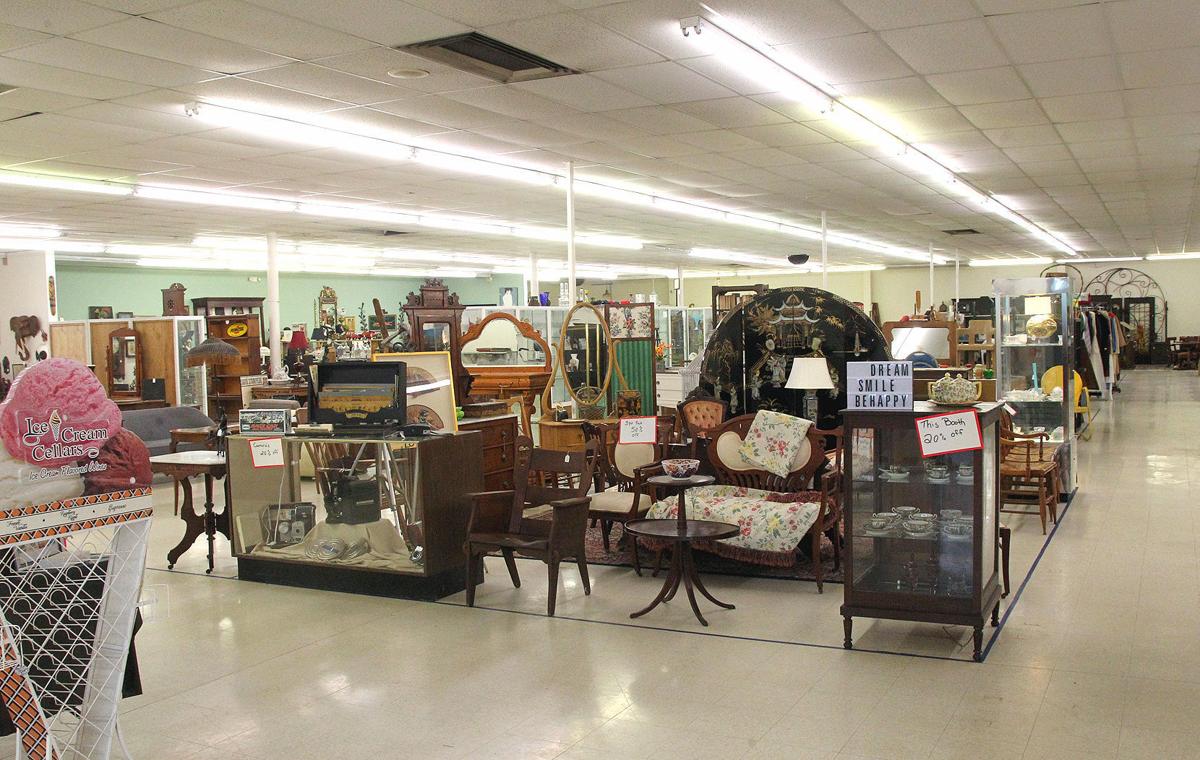 Joe Johnston (pictured) runs Upstate Antique center. His mother, Robin, is the owner, and his brother, Cliff, also helps out.

Upstate Antique Center is just off Routes 5&20 and a block west of Route 96. The 16,000-square-foot building features a large parking lot, and the owners tout that it is minutes from Thruway Exit 41 and 10 miles from del Lago Resort & Casino.

WATERLOO — The reviews are in, and they are good.

Those are some of the Facebook postings regarding Upstate Antique Center, where, by nature, the stock is never new, always old.

It is just off Routes 5&20 and a block west of Route 96. The 16,000-square-foot building features a large parking lot, and the owners tout that it is minutes from Thruway Exit 41 and 10 miles from del Lago Resort & Casino.

Joe Johnston runs the center. His mother, Robin, is the owner, and a brother, Cliff, helps out.

“My father did auctions for some 45 years, mostly new merchandise,” Joe Johnston said. When his Dad died in 2005, the four remaining family members wanted to keep the business going and branched out into antiques.

“My mother became the ringleader and still is. We did auctions all over the state and got into dealing as well. Many dealers told us they wanted another place to sell their items, so I started looking around in my travels,” Johnston said.

He was driving through Waterloo on 5&20 when he spotted the former Save A Lot grocery store a half block from the main road. He stopped, learned it was vacant, contacted owner Lee Bieber and eventually leased the building for the first and only Upstate Antique Center.

“I like antiques because they are the ultimate in recycling,” Johnston said. “They keep changing hands over and over. They are often handmade and well made, with furniture made from hardwood that lasts, not by machines with lesser wood.”

He said when he saw the building, it looked like it would “fit the bill” for the antique center.

“It has a large, open interior space on one floor with lots of parking,” Johnston said.

He wishes he could be allowed to put up more signs to direct people to the center, noting that 90 percent of antique buyer are impulse buyers who see a sign and decide to stop in and check a place out.

“People love unusual stuff. That’s why I get the large animals that people like to put on their lawns. I just got an aluminum ram, and I’m looking for a giraffe,” Johnston said.

“Business has been decent overall. It has its ups and downs,” he added.

The Johnstons lease space to 33 vendors and could lease to 47 in the main area. A back room is used for monthly or bi-monthly auctions.

Antiques aficionado Linda Viertel of Geneva works at the center in exchange for display space in a section of the building.

“I help Joe out when he goes to auctions. He’s such a great person. He knows antiques and is very compassionate. As I’ve gotten to know him, I’ve found him to be a person who has earned my trust and respect,” Viertel said.

The vendor spaces are marked off by blue tape on the floor. The Johnstons charge vendors $1 per square foot and a 10-percent commission on their sales. Those who display their wares in showcases are charged $40 a month along with a 10-percent of commission on sales.

Johnston also has his own antiques on sale. Viertel confirmed Joe has a “thing” for large animal statues, including a camel, an elephant and his most recent acquisition, that large ram.

The building was constructed in the 1950s as a P&C Supermarket. After it closed, it became a Save A Lot supermarket and then housed Penny Lane, another antique and specialty items store for a while before it moved out and Upstate moved in.