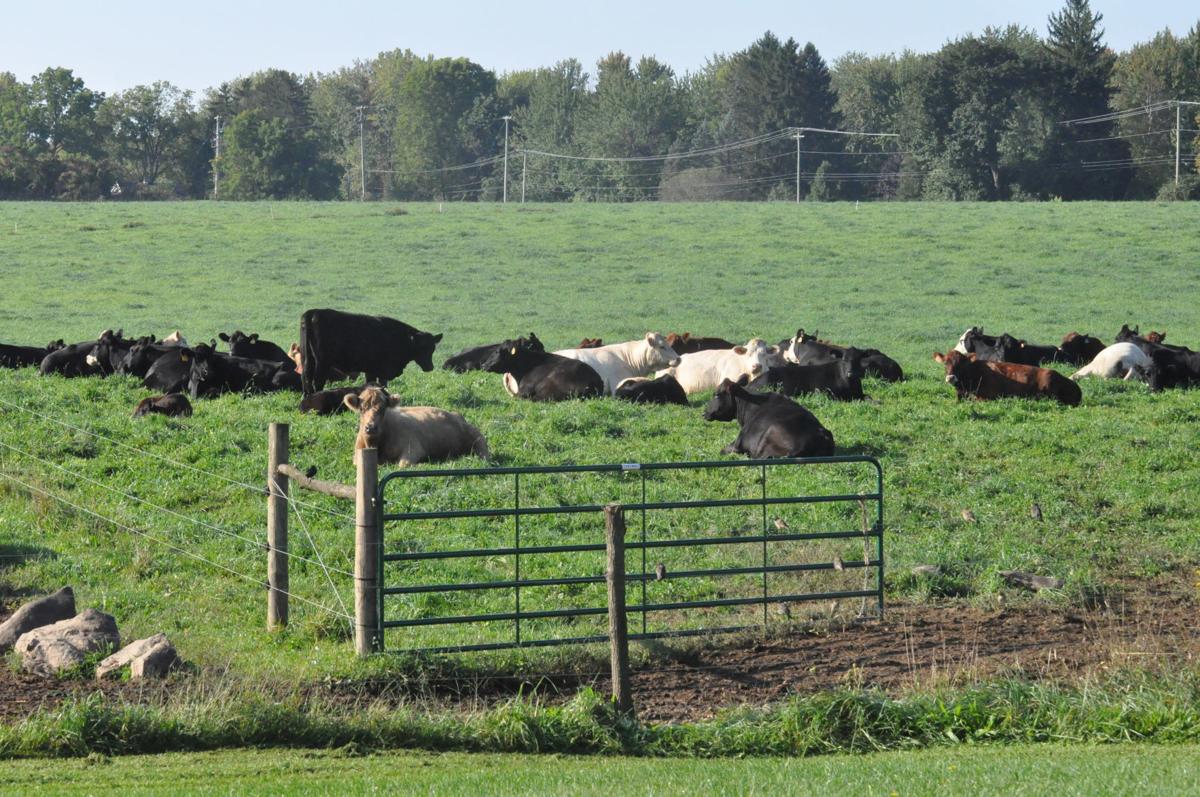 Cows enjoying a sunny fall morning in one of the farm’s several pastures. 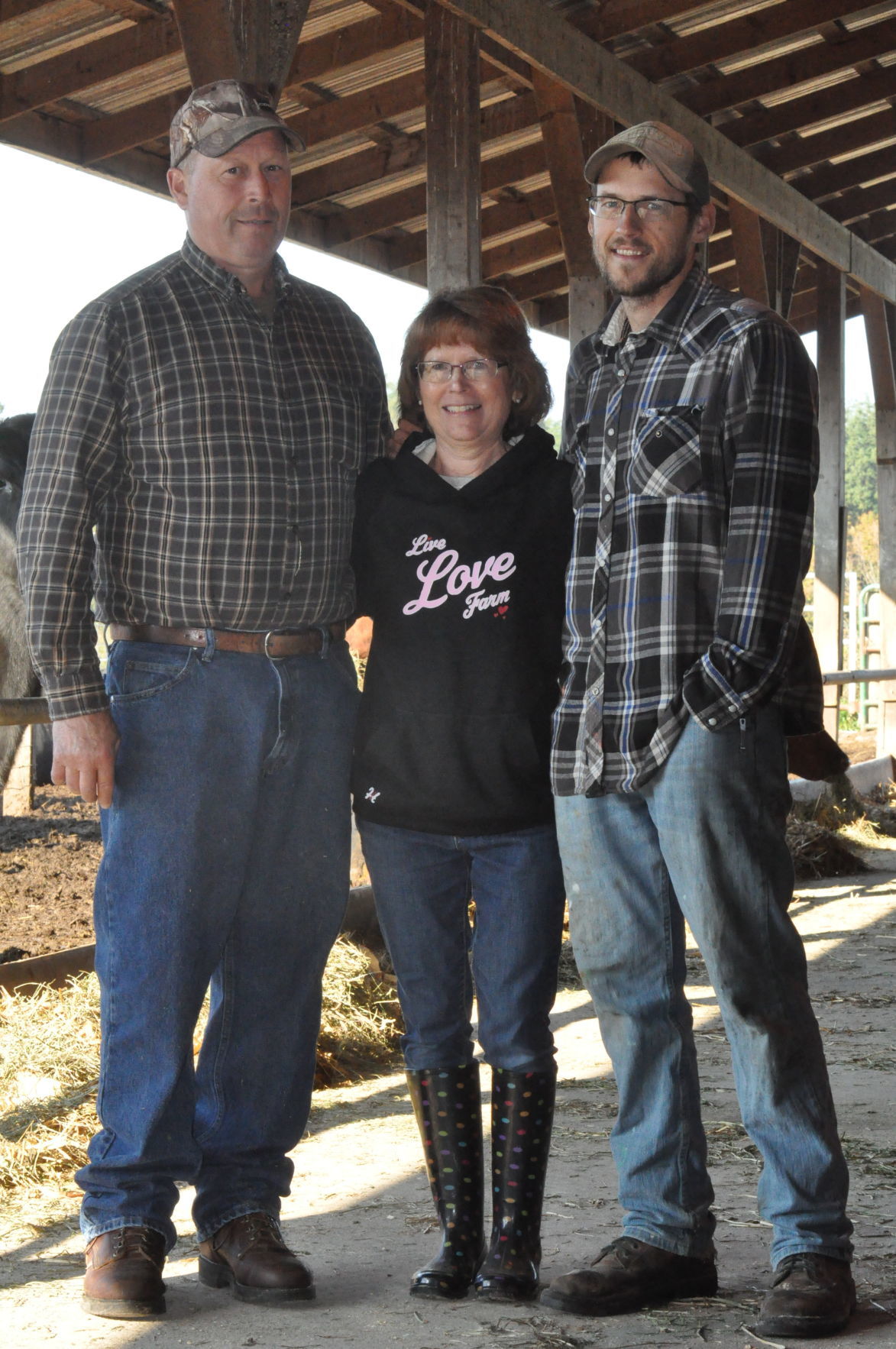 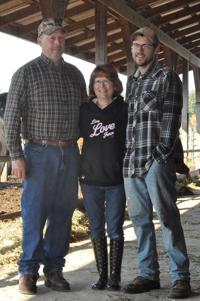 Youngman Farms is a family affair. From left are Allen, Kim and Shawn Youngman. 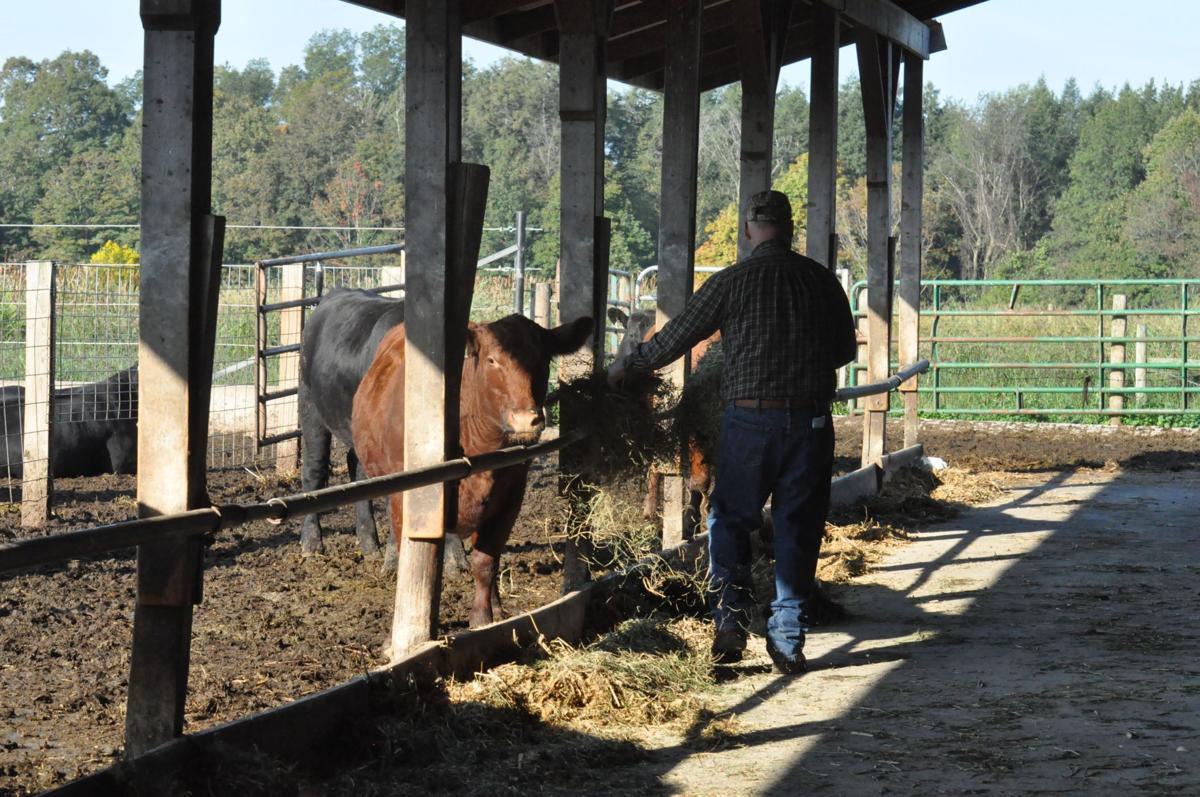 One day after knee surgery, Allen Youngman was up and feeding the cows Wednesday morning. 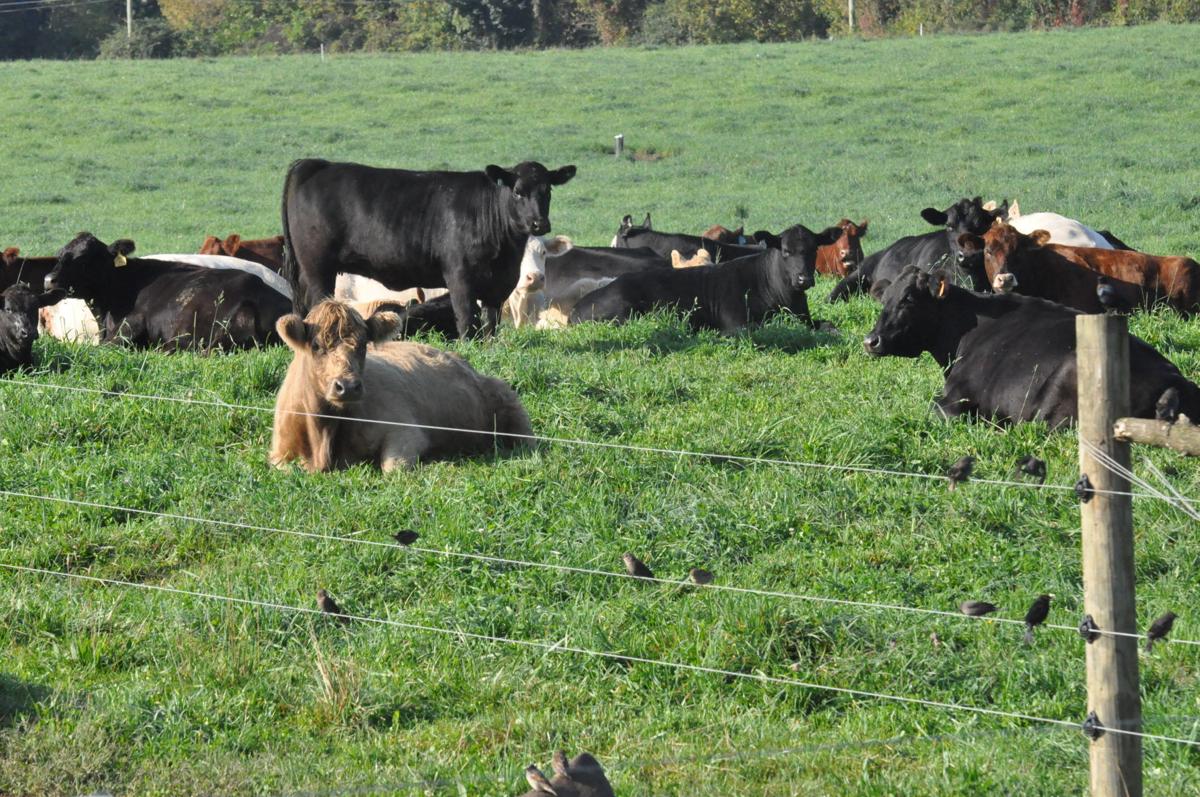 A lone black Angus stands while other cows relax in a pasture at Youngman Farms in Wolcott. 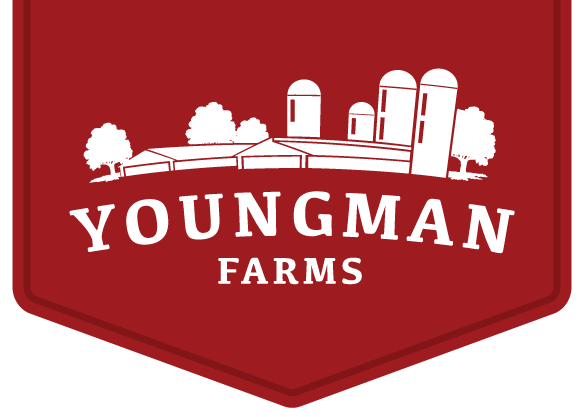 Cows enjoying a sunny fall morning in one of the farm’s several pastures.

Youngman Farms is a family affair. From left are Allen, Kim and Shawn Youngman.

One day after knee surgery, Allen Youngman was up and feeding the cows Wednesday morning.

A lone black Angus stands while other cows relax in a pasture at Youngman Farms in Wolcott.

WOLCOTT — Youngman Farms’ motto is “from our pastures to your plate.”

And, the featured item on that plate is a pasture-fed cut of beef.

This family farm on VanVleck and Smith roads made the transition from a dairy to beef farm about 12 years ago. Today, 32-year-old Shawn Youngman is following in his father Allen’s footsteps, keeping farming in the family for another generation.

Shawn Youngman has instituted some 21st century practices into the operation: The farm has an easy-to-maneuver website, along with a Facebook page. In addition, Youngman has started visiting Wayne County farmers markets to sell cuts of beef.

The current farm parcel was purchased in 1946 by Shawn Youngman’s grandparents, Gordon and Barb Youngman — who, at 93 and 87, still live down the road. It was at one time a fruit farm, evolved into a dairy operation, and in 2007 transitioned to its current incarnation as a beef farm. The Youngmans also grow crops — hay, corn and soybeans — for feed. They own about 300 acres and rent another 100-150.

The family ran a dairy farm for about 25 years until Allen Youngman made the switch to beef.

“It just got to be too much, and I was getting sick of it,” he said.

His son Shawn, who earned a sustainable energy degree from SUNY Canton, returned to the farm after a five-year stint working for Phoenix Energy of Auburn. He yearned to work outside, be his own boss and continue the family farming tradition.

The Youngmans take pride in their “happy cows.”

Shawn Youngman said their all-natural approach means they don’t implant hormones, don’t add antibiotics to feed, and grow non-GMO feed. The cows are rotated among different pastures and spend their days outside.

“They are well fed and well taken care of, and all Shawn has to do is whistle and they come,” said his mother, Kim Youngman.

The family raises Angus, Hereford and Charolais cows with some crosses of those breeds. Angus is the predominant breed because “that’s what most people recognize,” Shawn Youngman said.

Their beef is cut and processed by Joe’s Meat Market in Ontario. Individual consumers may buy a whole, half or quarter animal, providing a wide variety of cuts at the lowest price per pound. Half an animal generally runs $1,400 to $1,500 cut and wrapped.

Also available for the individual consumer are $60, $100 and $400 variety-cut freezer bundles, all of which may be ordered by calling the farm directly or ordering on the website.

“We try to make it easy as possible for people to get a hold of us,” said Shawn Youngman, who estimates about 40 percent of the farm’s sales are to individuals and 60 percent to wholesalers.

He is hoping to grow that wholesale business, he said.

Youngman Farms beef also can be found at the Apple Farm Stand in North Rose, McCann’s Local Meats in Rochester, Moriarty Meats in Buffalo, and at Chelsea Market in New York City.

The family used to supply the now-closed Hart’s Grocery in Rochester; that loss of business, in part, led Shawn Youngman to explore selling at the Sodus and Lyons farmers markets starting this past season. Although they have supplied restaurants in the past, the Youngmans say that business is sporadic and, consequently, they don’t market themselves to restaurants as a result.

Shawn Youngman tries to spread the word about Youngman Farms beef through social media and also finds word of mouth is a reliable seller.

“People buy it and have their friends over and then it snowballs like that,” Allen Youngman said.

Repeat customers are common, he noted.

“We have someone in Long Island (with family in Fair Haven) who drives up every year to buy a half or whole ... ,” Shawn Youngman said. “He tried our beef and likes ours a lot better.”