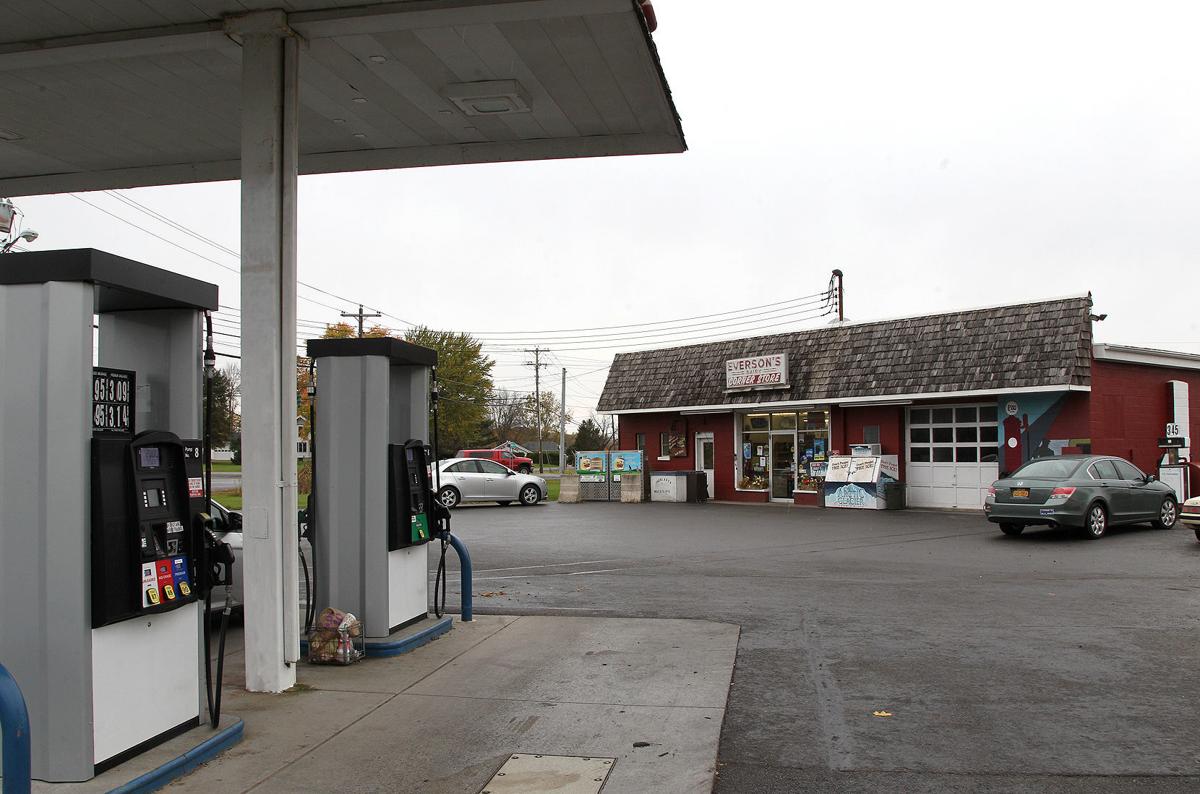 Everson’s Dairy/Corner Store has been near the corner of Kendall Street and Route 96 in Clifton Springs for 50 years. Longtime owner Don Case installed gas pumps in 1987. 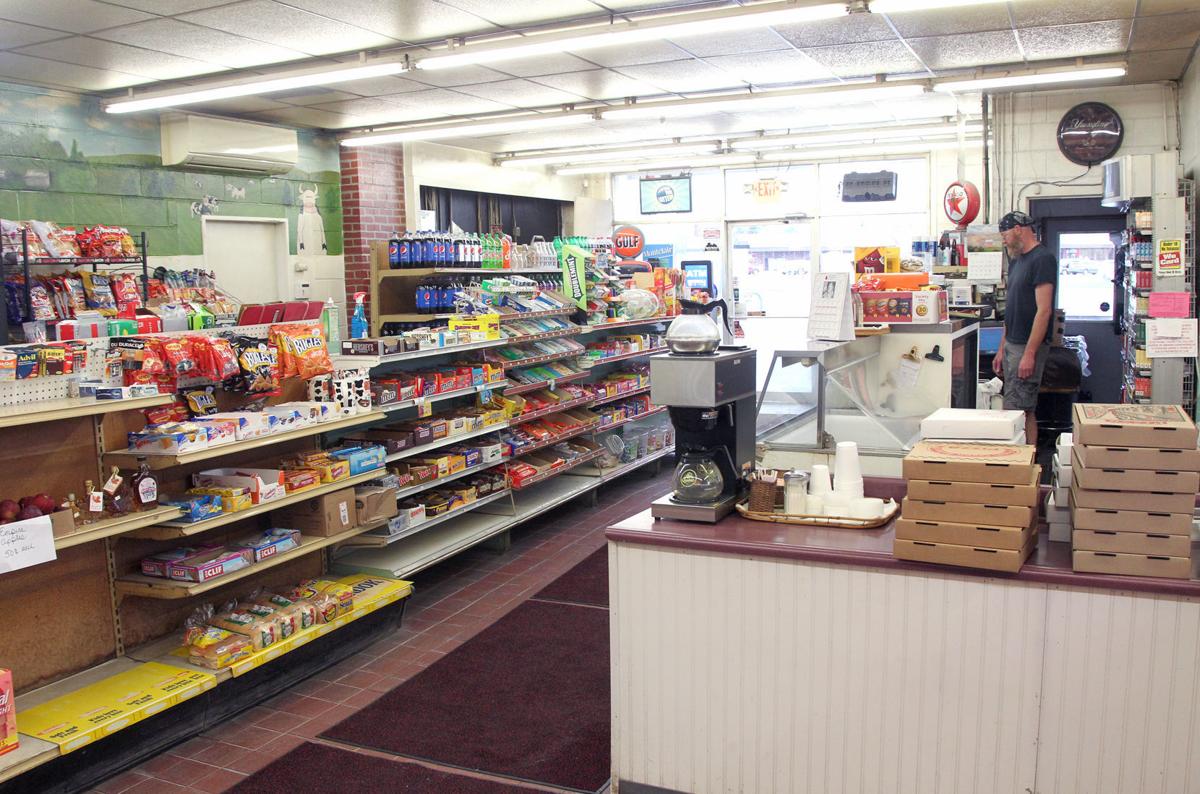 Everson’s Dairy/Corner Store has some groceries on hand, but a major part of the business today is a take-out food menu that includes pizza, subs, chicken wings, and more. 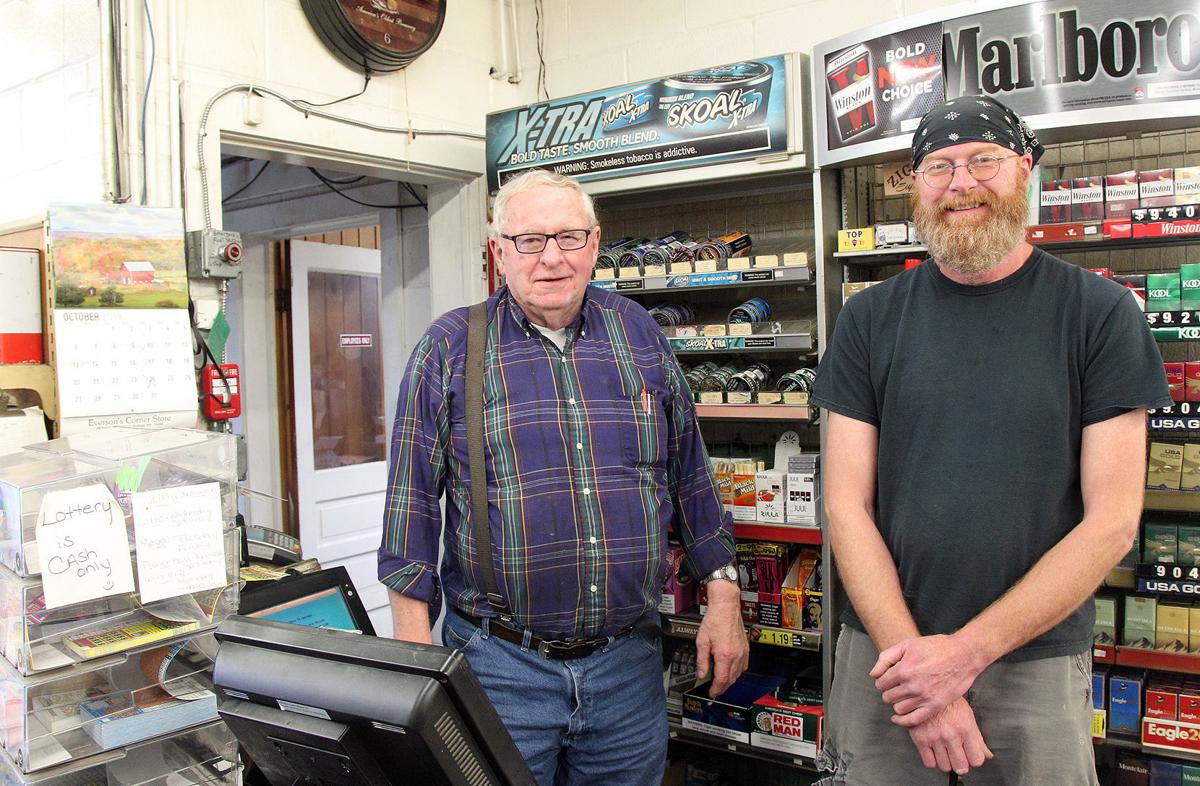 Don Case (left) has owned Everson’s Dairy/Corner Store for 47 of the 50 years the business has been open. He is seen here with his son, Jim.

Everson’s Dairy/Corner Store has been near the corner of Kendall Street and Route 96 in Clifton Springs for 50 years. Longtime owner Don Case installed gas pumps in 1987.

Everson’s Dairy/Corner Store has some groceries on hand, but a major part of the business today is a take-out food menu that includes pizza, subs, chicken wings, and more.

Don Case (left) has owned Everson’s Dairy/Corner Store for 47 of the 50 years the business has been open. He is seen here with his son, Jim.

CLIFTON SPRINGS — The folks at Everson’s Dairy/Corner Store are celebrating the business’ 50th anniversary — and the owner has been around for just about the entire half-century.

“I’ve been here 47 years, and I am here every day,” said 80-year-old Don Case, who still goes to work every morning. “I saw my doctor yesterday, and he looked at my numbers and told me, ‘You gotta keep doing what you’re doing.’ My doctor says keep working.”

Case’s father, Burrall, bought the Kendall Street location — it was a true dairy back then — in October 1969. Burrall, who had a dairy farm and milk plant behind the family home in Canandaigua and another dairy in Manchester, didn’t need Everson’s as a dairy so he turned it into a small grocery store that mainly sold milk, beer, and cigarettes. In fact, Don Case said the closing papers were signed Oct. 31, making today the true 50-year anniversary.

Burrall Case oversaw the store at first; his son, Mark, largely ran the business. When Mark left to focus on running a convenience store in Canandaigua, Don took over operations in Clifton Springs.

“The place really hasn’t changed that much,” he said. “There used to be a lot more groceries, but there is just too much competition today. Tops is right across the street, and we have a Dollar General next door.”

Case had gas pumps installed in 1987. Eleven years later he brought in Reggie O’Hearn, who had worked at Pontillo’s Pizza in Canandaigua, to start a take-out food business that has been a hit from the start. Today, Everson’s is well known for its pizza, subs, chicken wings, and other menu items.

“We do a fantastic pizza business. We do subs, chicken wings, combo dinners, the whole smash,” Case said. “We put out a premium pizza with a lot of stuff on it.

“I sort of conned Reggie into coming here ... and now he’s been here 22 years. I take good care of him, and he’s pretty happy out there.”

“If you come in here at lunchtime, you will wait in line,” Case promised. “A lot of people call ahead.”

Everson’s also sees customers come from Newark and Manchester; Case said he even has some loyal customers from Stanley and Gorham. Case has a farm on Route 245 in Gorham, not far from Marcus Whitman High School.

“I am here from about 7 in the morning until noon, then I go home and take a nap and then putter around the house the rest of the day,” he said with a smile.

Case grew up in the dairy business. His grandfather, Marion, built the Canandaigua milk plant in 1932 that was passed along to Burrall Case and his brother, George. When he was a boy, Don Case made house-to-house deliveries with his father.

“I remember the days when we covered every street in Clifton and Phelps. We had hundreds and hundreds of customers,” he said. “I was brought up doing that. I enjoyed it. There are not many dairies left anymore.”

Case remains a dealer for Upstate Farms, and he makes dairy deliveries to some local restaurants as well as the Finger Lakes Addictions Counseling & Referral Agency headquarters on East Main Street.

He has no plans to retire anytime soon.

“I just do a little bit every day to keep me going,” he said. “What am I gonna do? I just can’t sit around all day. I need something to drive me and something to do, so I come here.”