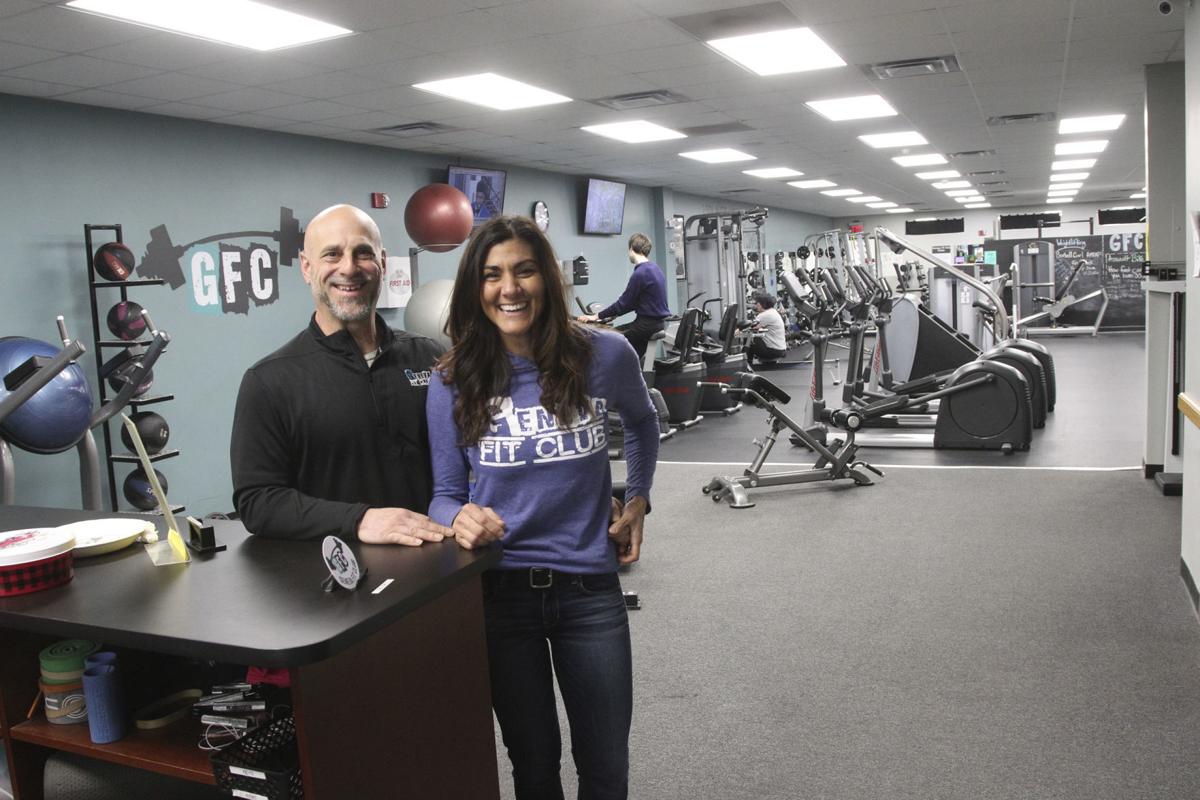 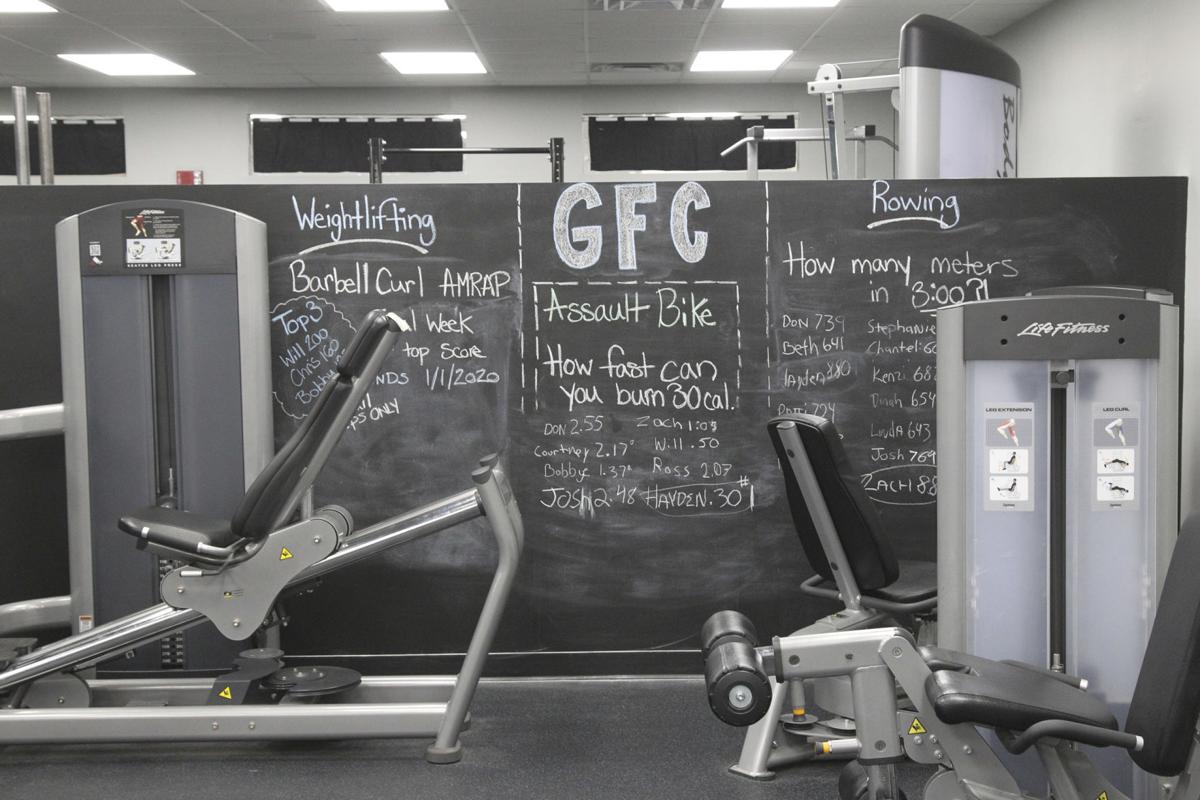 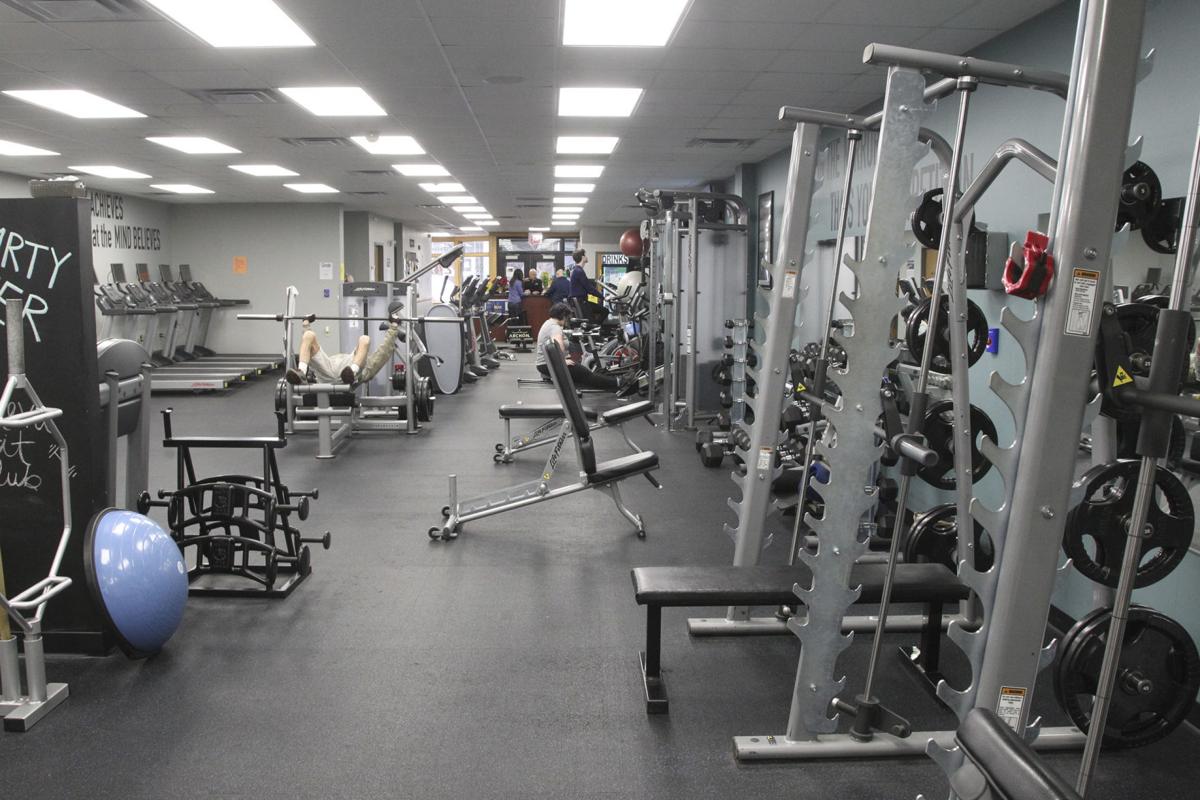 The Geneva Fit Club has a wide selection of weightlifting and cardio equipment. 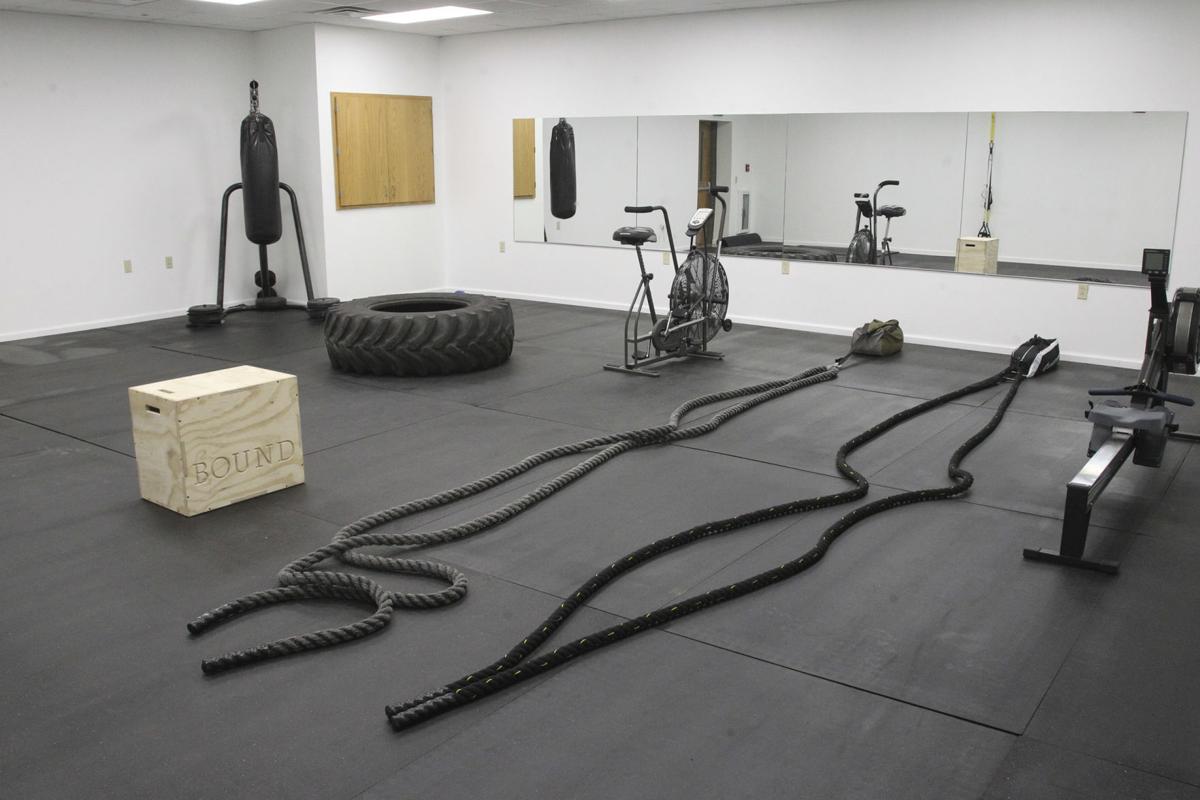 A new room at the Geneva Fit Club includes “battle ropes,” TRX suspension training equipment and offers some privacy for people who like to work out alone. 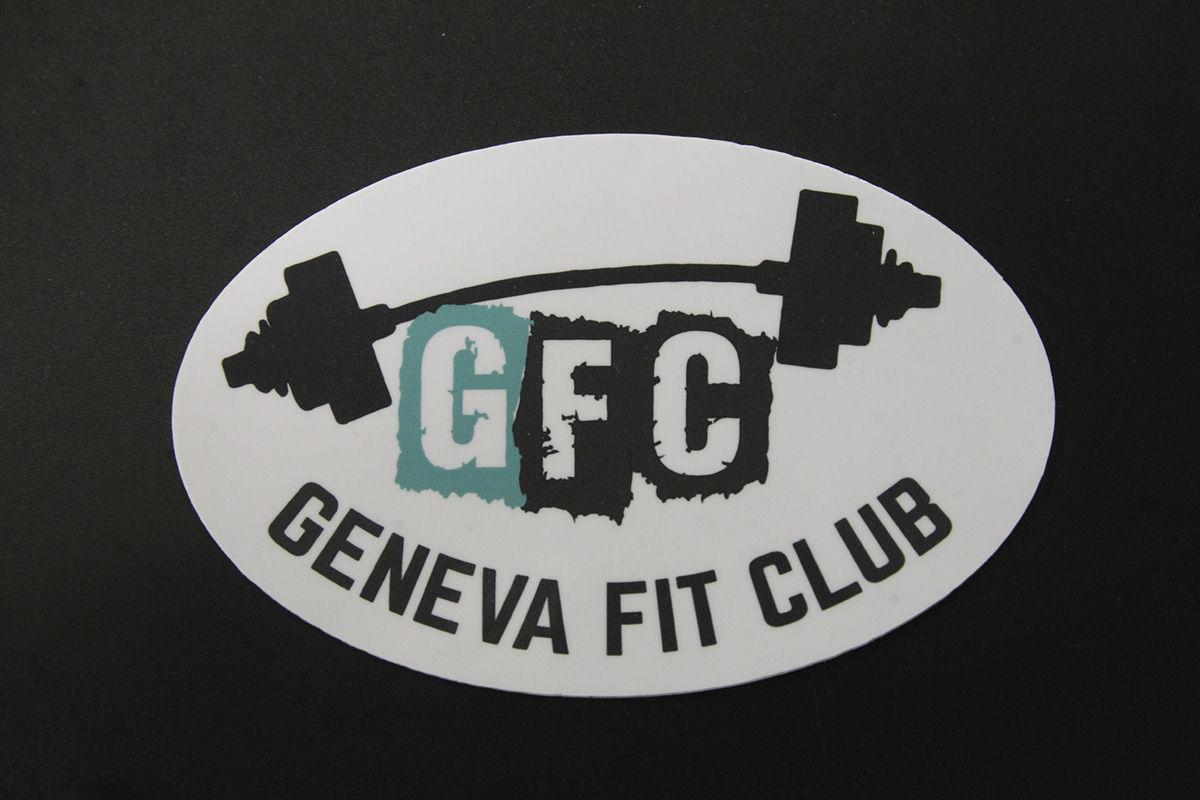 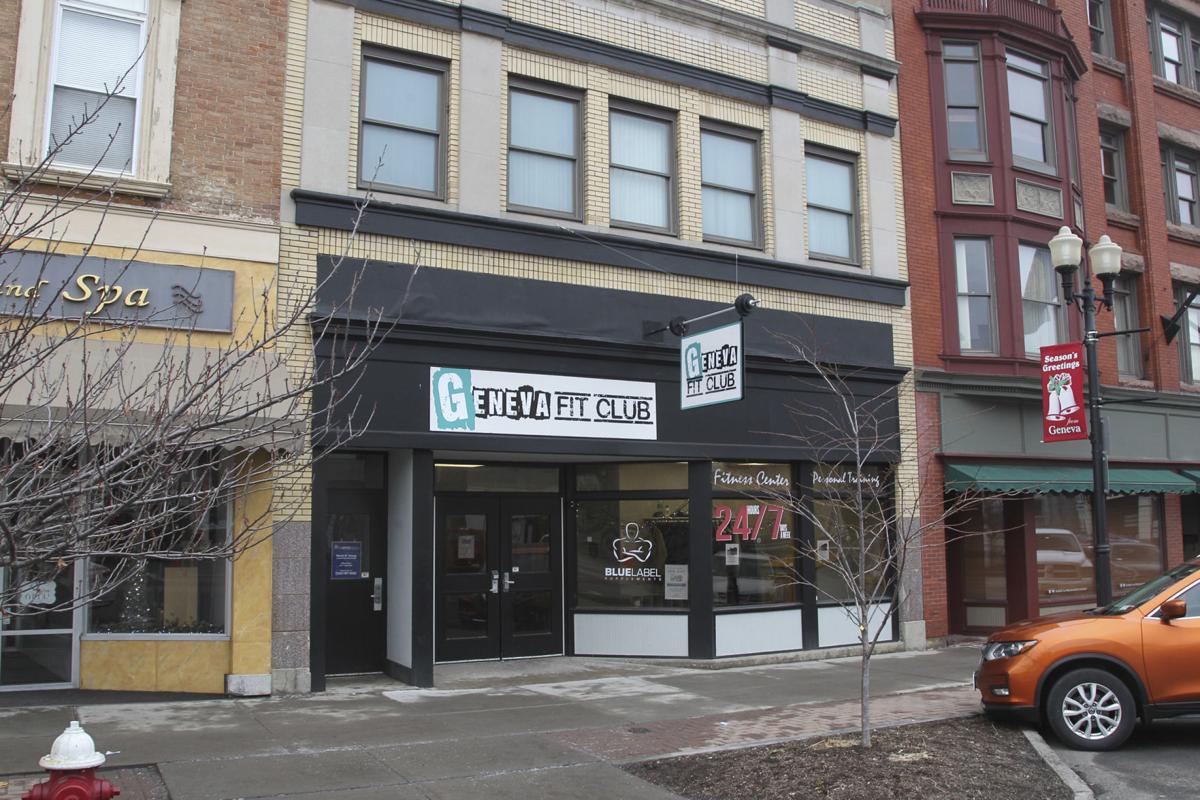 The Geneva Fit Club is at 28 Seneca St.

The Geneva Fit Club has a wide selection of weightlifting and cardio equipment.

A new room at the Geneva Fit Club includes “battle ropes,” TRX suspension training equipment and offers some privacy for people who like to work out alone.

The Geneva Fit Club is at 28 Seneca St.

GENEVA — It was a longtime goal of Don and Patti Scalise to open a gym, but not just any gym.

“There are all types of fitness centers and gyms. Our goal was to have something really friendly and unintimidating, so people of any age and fitness level would feel comfortable working out here,” Don said. “Even though we have worked out all our lives, if I go to a new gym, sometimes it can be intimidating. We didn’t want that here.”

The Scalises have created that relaxed atmosphere at Geneva Fit Club, which opened a little more than two years ago on Seneca Street. While members and people who stop in usually will see Don behind the counter, Patti is there from time to time.

“Since I am a personal trainer, we wanted to have this become my full-time job ... but right now Don is running things and I come in and do some operational things,” said Patti, who has worked for Lowe’s for 13 years and is assistant manager at the local store on Routes 5&20. “We just want to help people in the community.”

Patti is from the Lewiston/Youngstown area near Niagara Falls. She met Don — who was born and raised in Geneva — while they were working at Office Max in Victor, where Don was the longtime manager. He is a 1979 graduate of Geneva High School and the son of Vince Scalise, the former Geneva superintendent of schools.

The Scalises set up the front of Geneva Fit Club with cardio equipment including the standards such as treadmills, elliptical trainers, and stationary bikes. Don said they have added equipment that has become popular over the years, such as stair climbers, rowing machines and other types of bikes.

The front of the club also includes weightlifting equipment — both free weights and “pin machines.”

The Scalises recently leased a back room for group training or for people who would like some privacy. It includes “battle ropes,” TRX suspension training equipment and a heavy bag for people who enjoy boxing or kickboxing.

“People can go back there and take some weights with them,” Don said. “That room gives us flexibility to do some different things.”

If people are looking for more than working out on their own, Patti and her colleagues can help. She has been a personal trainer for about six years, previously working at Be More Than Fit in Geneva.

“If someone comes in and wants a trainer, there’s me and a couple of other trainers. We will listen to what your goals are and what you want to accomplish,” she said. “They may want someone to show them the machines and we only see them once a week or a month, or it can be a long-term commitment where you want us to help you lose weight. We can do that. I’ve been working with people for six years, and the reason they come to me is not so much for the fitness level anymore, but they just want to be held accountable. We built that rapport and those relationships and make that engagement, and people will come.”

Memberships at Geneva Fit Club can be per year or month, and there is 24/7 access for members for an additional fee. There also are locker rooms and showers on the second floor, and Don said many members — and others who may be in Geneva for a short time — enjoy the convenience of a downtown gym.

“If you live or work downtown, you can just walk here. We are seeing more people who are living in the downtown apartments,” he said. “Patti and I used to drive 20 minutes to go to a gym in Seneca Falls. That’s 40 minutes both ways, which chews up a lot of time. We just love being part of the renaissance and growth of downtown. We wouldn’t trade this place for anywhere. It was important for us to be downtown.”

Despite being a lifelong Geneva resident, Don has developed new friendships from running Geneva Fit Club.

“I never worked in Geneva until recently. A lot of people know my father, but I’ve made so many new friends here and they will be friends forever,” he said. “This is all about relationships.”