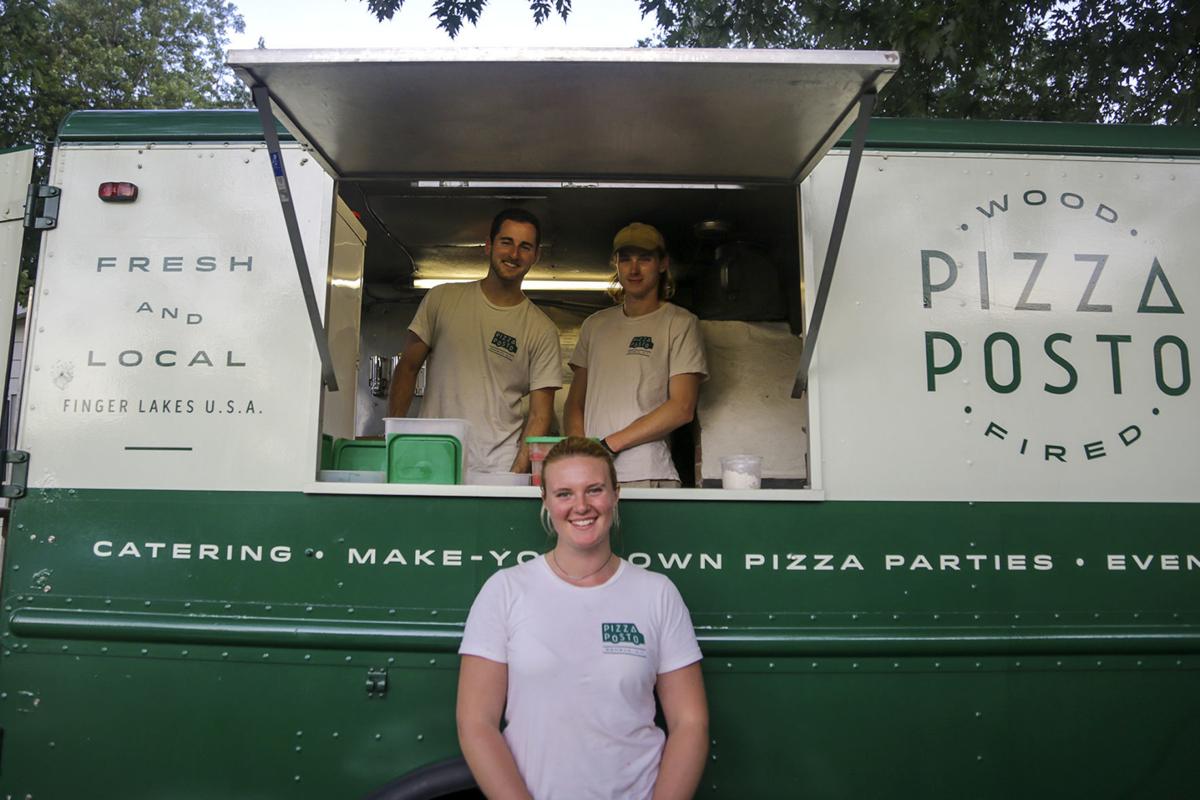 Pizza Posto owner Sam Solomon, at left in his food truck, is seen with employees Russell Payne, from the Hobart class of 2021, and Maddy Fitzwilliam, William Smith’s class of 2020. 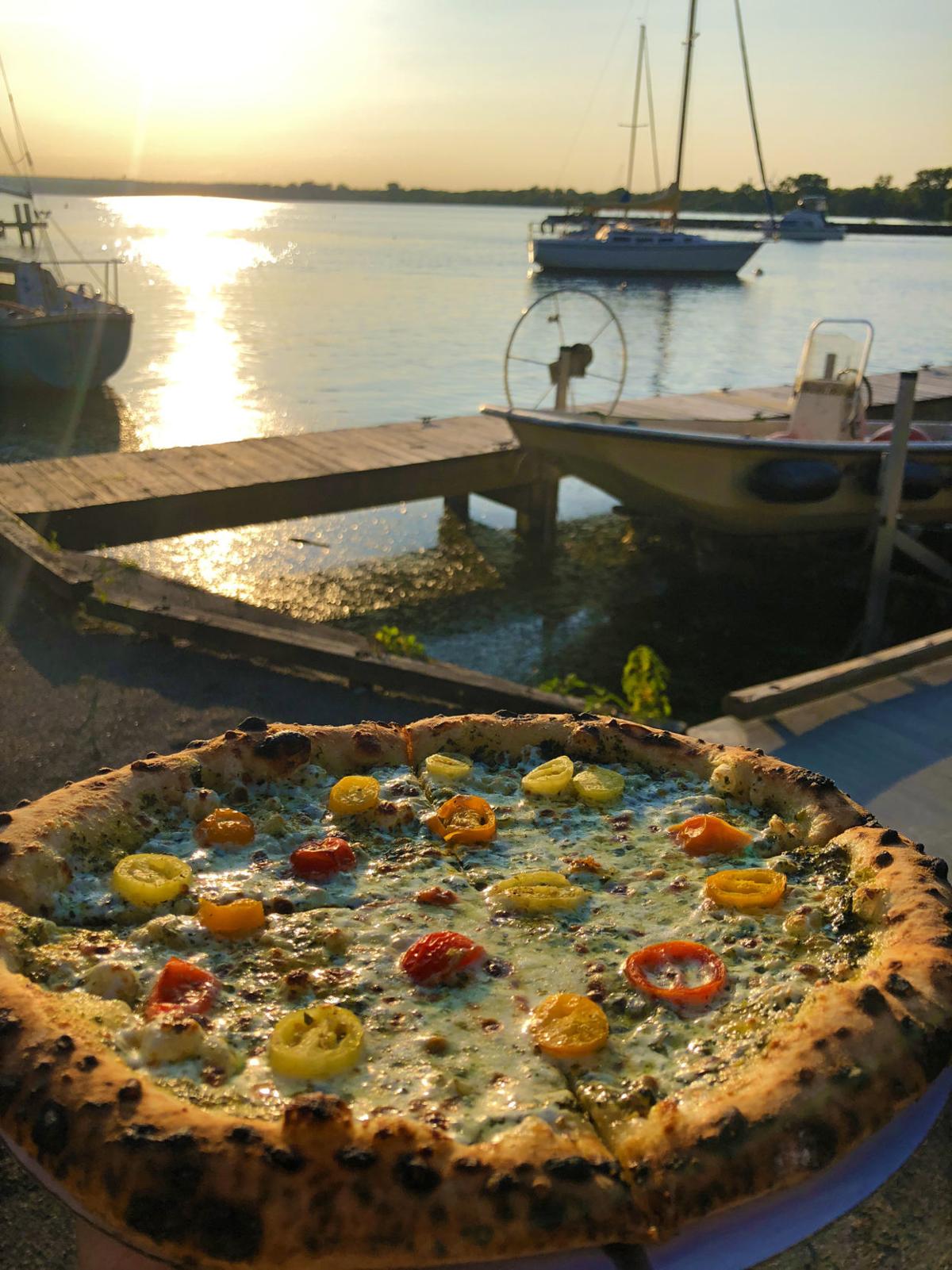 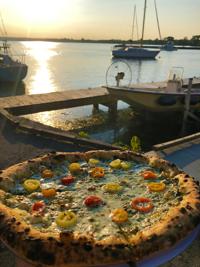 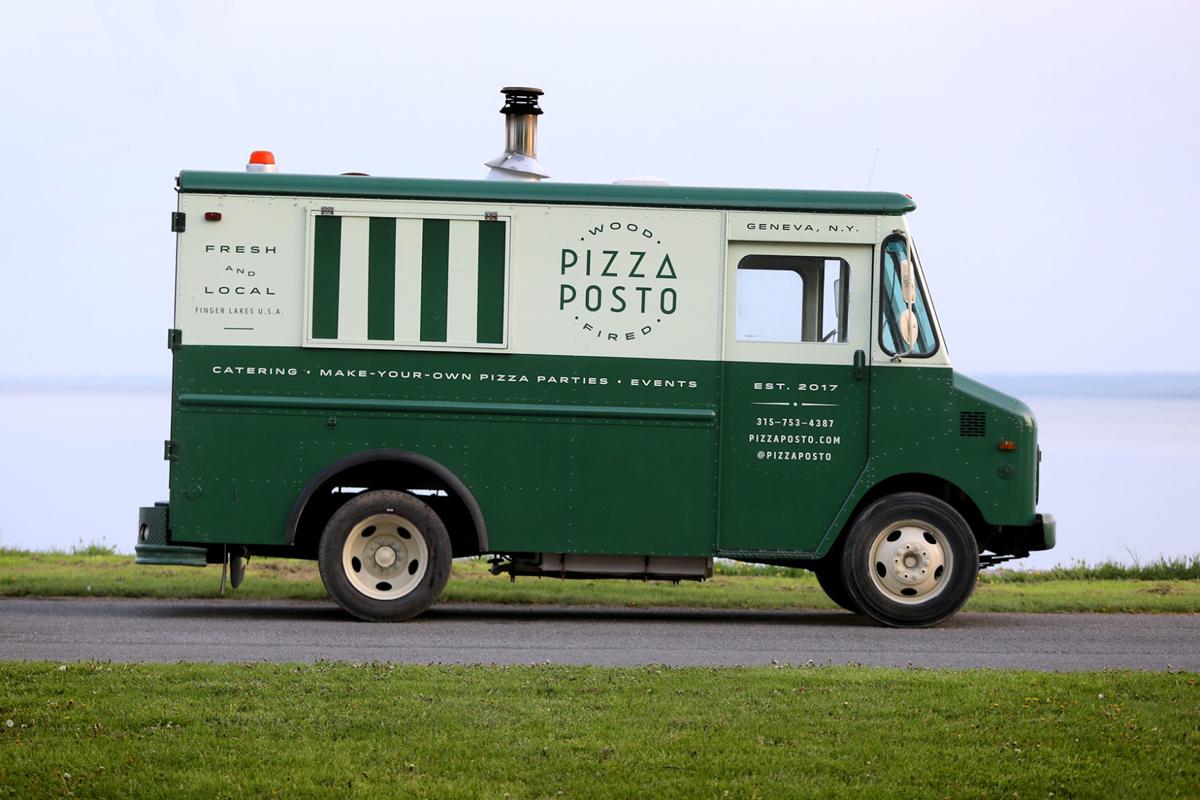 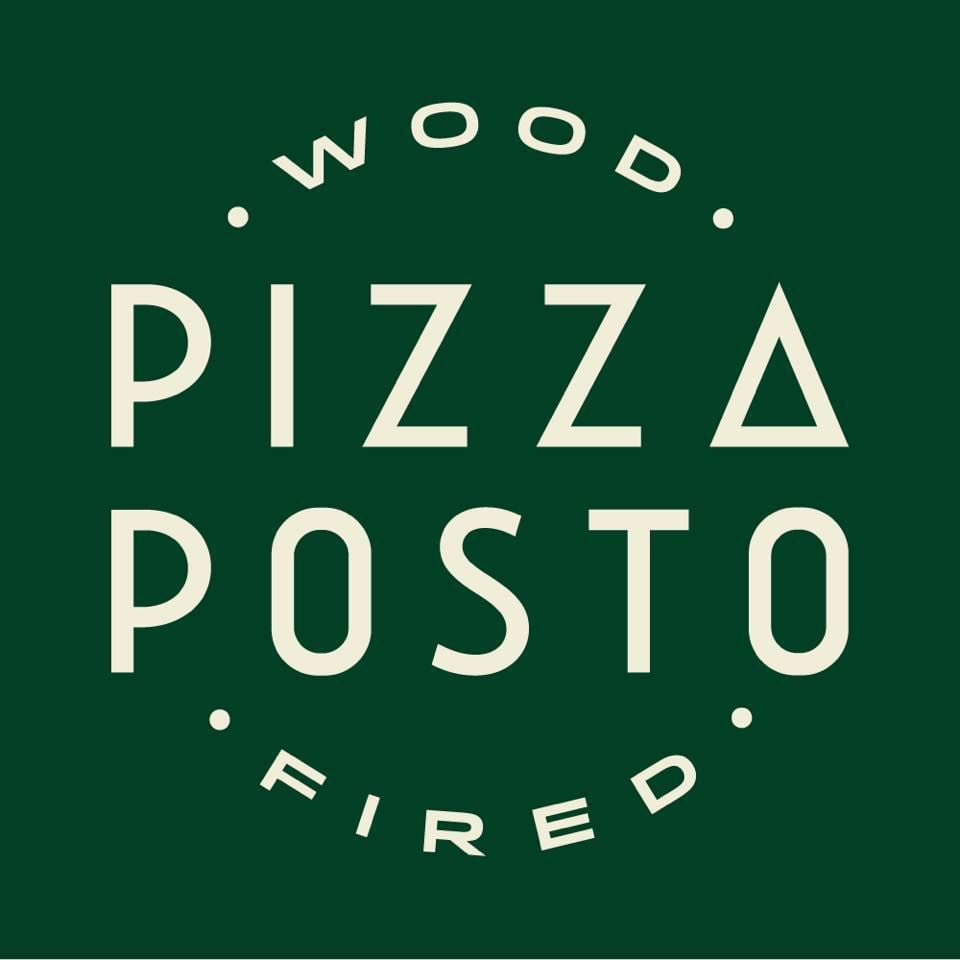 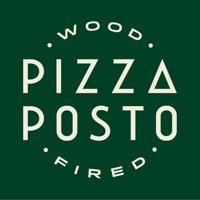 Pizza Posto owner Sam Solomon, at left in his food truck, is seen with employees Russell Payne, from the Hobart class of 2021, and Maddy Fitzwilliam, William Smith’s class of 2020.

GENEVA — Running a food truck is a demanding business, even for seasoned chefs.

Cooking wood-fired pizzas in one of these contraptions? Well, that’s even more of a challenge, said Geneva’s Sam Solomon, owner of Pizza Posto.

“I picked by far the most technical thing you can cook,” said Solomon, explaining that unlike pizza makers who do their thing in a controlled environment, he has to contend with wind that can affect his fire — and that fire needs to get to a consistent 800 degrees; additionally, outdoor temperatures can affect the sensitive pizza dough, which works best at room temperature. “It’s hard to make it right. We’re very much at the bay of mother nature.”

Despite the obstacles, Solomon is off to a good start.

The 2017 Hobart College graduate, who grew up as a triplet on Long Island but now calls Geneva home, is well into his second year in the road food business, serving up tasty individual pizzas at wineries, breweries, food truck rodeos, festivals and at other Finger Lakes businesses, like frozen custard maker Spotted Duck in Yates County.

Growing up on Long Island, Solomon said he had “always thought I would own my own business.” His mother and father had a video-production company that his dad continues to run, so Solomon, 24, knew the advantages and pitfalls of running a business — like the long hours, for example.

It didn’t deter him. Solomon started out at HWS as an economics major, thinking it would provide him with the tools to become an entrepreneur. However, he said the program wasn’t really designed for that. At the urging of Professor Jack Harris, one of his college mentors, he switched his major to sociology.

While that switch might puzzle some, the education and experiences associated with sociology major ultimately led him to pizza.

While in Rome his junior year, he was able to take on “the sociology of pizza” as an independent study project.

“What I learned is pizza reflects the society within which it is served,” Solomon said.

As part of his studies in Italy, Solomon learned about pizza making the Italian way, and he was given the opportunity as a competition judge to taste pies from some of the best pizza chefs in Italy.

“All that got me really excited about pizza,” he said.

Back at HWS, Solomon won a $10,000 grant for winning the annual HWS entrepreneurial contest coordinated by the Centennial Center. As part of his pitch, Solomon conducted a campus survey that suggested a wood-fired pizza operation had potential in Geneva.

“What I found was the vast majority preferred wood-fired pizza,” he said.

However, few places in the city were doing it, and if they were, it wasn’t their main business, Solomon said, pointing to downtown restaurants such as Opus and Halsey’s.

He considered a brick-and-mortar site, but ultimately determined that the food truck concept was his best route into the business.

To launch the endeavor, Solomon would need more than the $10,000 he won through the HWS pitch contest — and found it. He scored seed money from a Gofundme effort, a 50-50 matching grant from the city of Geneva, and a loan from Five Star Bank.

Through his contacts, Solomon was able to pick up in Saratoga Springs a 1986 Grumman box truck that had been converted into a kitchen on wheels. It was originally for sale for $50,000; he got it for half that price.

Breweries and wineries made up the bulk of his business in the inaugural year of 2018, when he and his workers cranked out 5,000 pizzas.

One of the more interesting events he worked in 2018 was the Castle Heights Food Truck Rodeo in Geneva, Solomon recalled.

“We were not prepared,” he said. “We ran out. I sent a person back to the kitchen (in back of the former FLX Live on Exchange Street) to get more dough.”

This year, they were ready, and Pizza Posto sold 85 pizzas at the late August event.

One of their successful locations is Spotted Duck, a frozen custard business in Torrey, Yates County.

“We have really enjoyed the collaboration with Pizza Posto,” said Elizabeth Hoover, co-owner of Spotted Duck. “It gives Spotted Duck the opportunity to offer our customers a more complete experience with dinner and dessert. We are very selective with the food trucks we partner with, as they must have the same standard of quality and local sourcing as our frozen custard. With their high quality, locally sourced ingredients, Pizza Posto crafts their pies in such a way as to produce a delicious, authentic and genuine culinary experience.”

The pizza-making process is intense, Solomon said, explaining that it takes three people to do most events, and for larger ones, four.

“Everything is made to order,” said Solomon, explaining the 10-inch pie is created right on the truck, not ahead of time.

That means on a busy day people might need to have some patience before sinking their teeth into one of his pizzas.

“Sometimes it takes 45 minutes to get a pizza, but we don’t sacrifice quality for time,” he said, noting that it takes just 90 seconds to bake the pizza in the scorching-hot oven.

The emphasis is on fresh and simple, he said.

“We don’t buy our dough,” he said. “We make it from scratch. We don’t add sugar, cream soda or olive oil. It’s flour, water, yeast and salt.”

Simple toppings and fresh ingredients are the other key to great pizza, he said.

“We don’t have meat lovers pizzas or barbecue chicken pies,” he said. “We want you to be able to taste all the ingredients.”

The choices are generally pepperoni, sausage, mushroom and cheese, with some special toppings on occasion.

Most of the ingredients are local, with the pepperoni, sausage, prosciutto coming from Schrader Farms Meat Market in Romulus, the roasted garlic cheddar cheese from Muranda Cheese Co. in Waterloo, and the blue oyster mushrooms from Galvin Farms in Oswego County. Solomon makes his own tomato sauce, which consists of nothing more than pureed tomatoes and salt.

As for the quality, Solomon thinks his pies are far better than some of his initial creations in 2018. He shows a photo depicting the less-than-circular shape of one his early efforts.

Solomon, who can rattle pizza industry statistics off the top of his head, said 93 percent of Americans will eat pizza in the next 30 days. He figures if they’re going to eat pizza anyway, they should choose one that’s healthier — and taste better.

“I would not say our pizza is healthy, but it is the healthiest because it is real,” he said.

While Solomon is happy with the success of Pizza Posto, a brick-and-mortar site in downtown Geneva is under consideration. In the meantime, Pizza Posto remains an all-consuming job in the Finger Lakes food truck season.

“From mid-May to mid-October, I work seven days a week,” he said.

Employees: One full-time (Sam Solomon), along with multiple part-timers

How to find Pizza Posto

Owner Sam Solomon said that “the hardest thing for our customers can be finding us. The best way to stay up to date on where we will be is to go to our website, PizzaPosto.com and subscribe to our weekly newsletter. In this newsletter we detail each week’s events.”