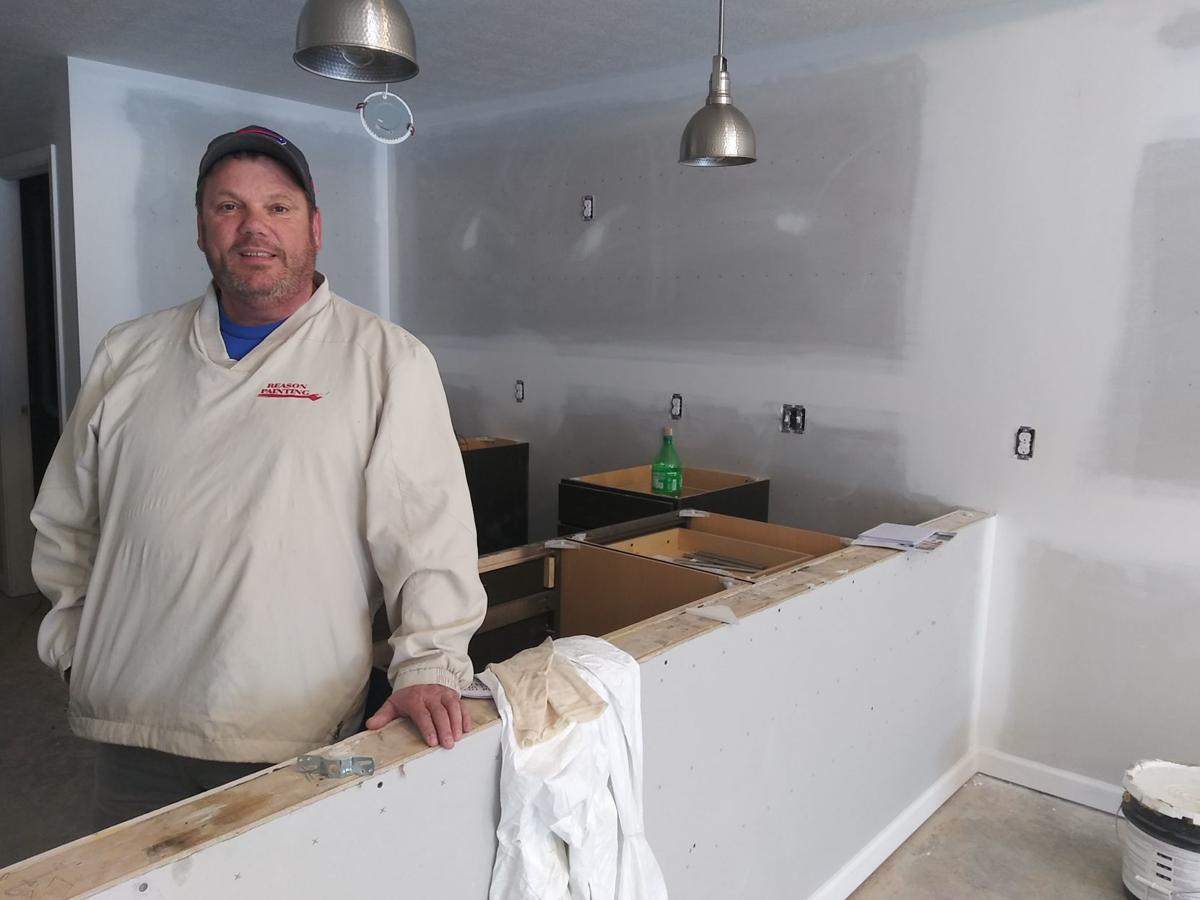 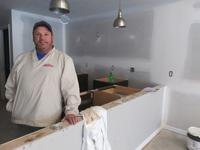 Ron Reason is seen in a townhome he and his team are painting at the Elms of Bloomfield, a luxury, patio-style townhome project off of Route 251 in the village of Bloomfield. 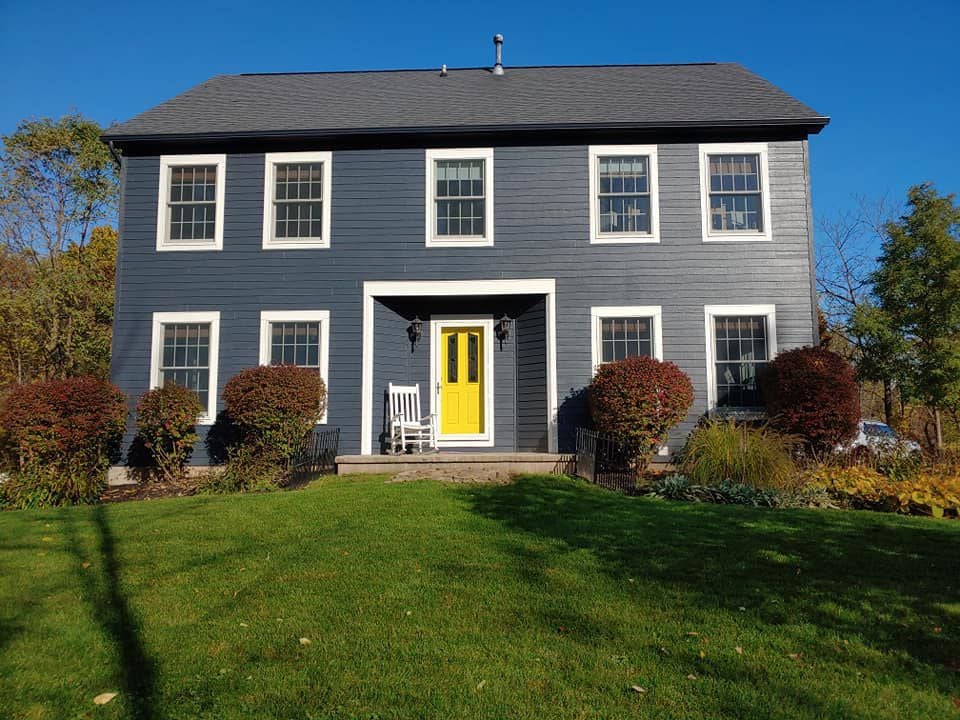 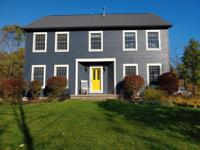 The final results of a painting project Ron Reason Painting did in Bloomfield. 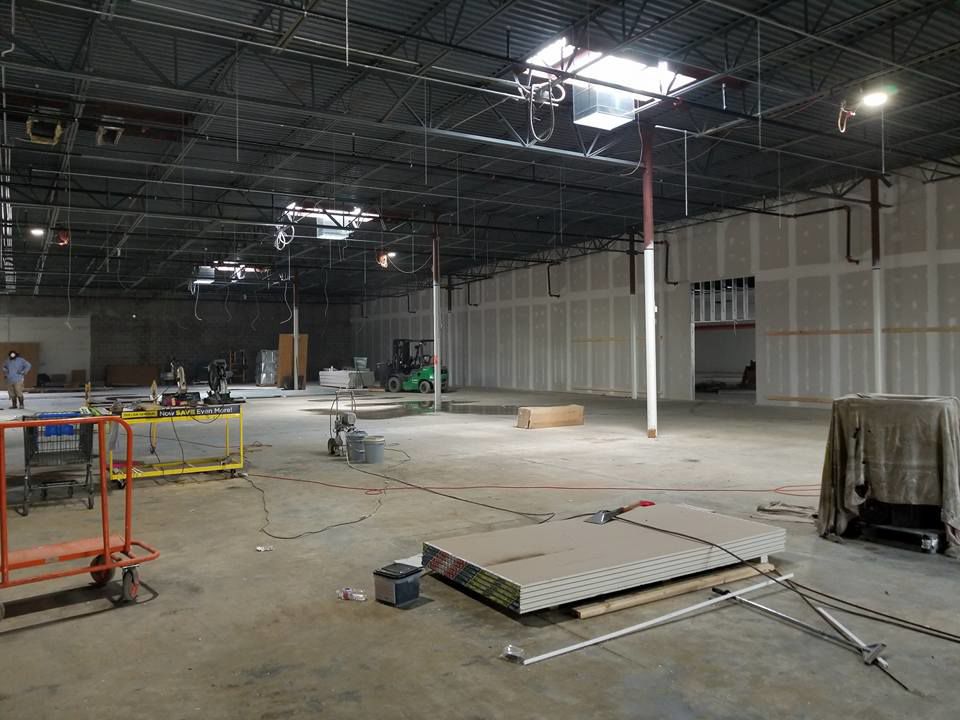 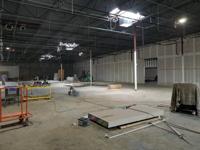 Reason Painting at a Harbor Freight store in Mississippi. 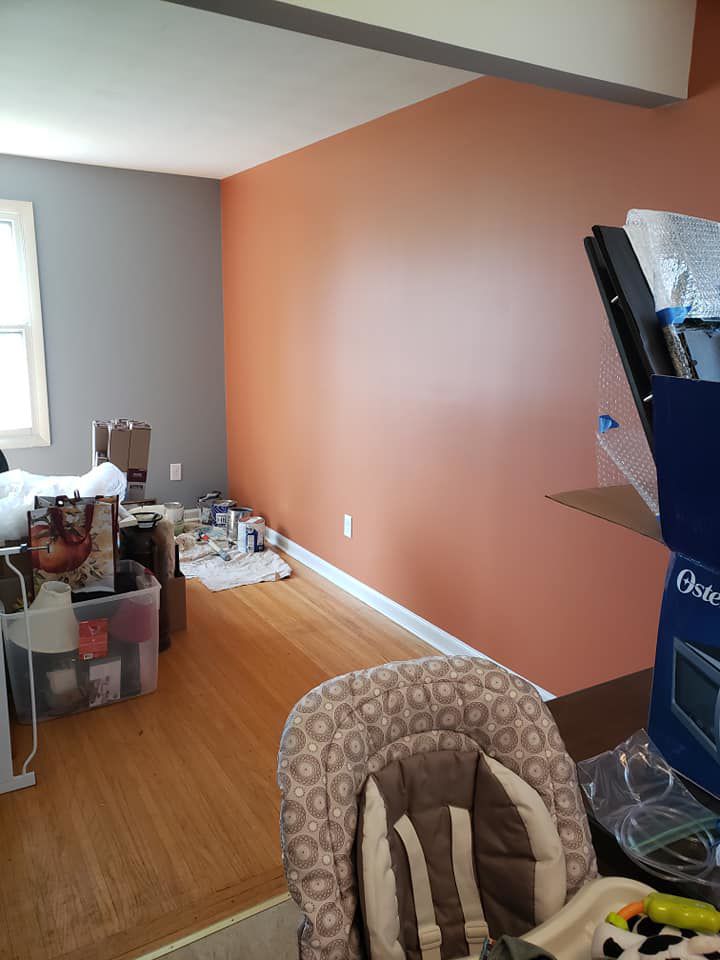 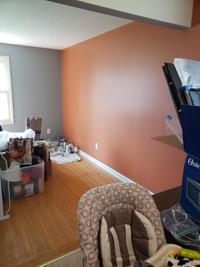 Ron Reason said he’s about as picky as they get when it comes to clean lines in painting, as can be seen by this recent job.

Ron Reason is seen in a townhome he and his team are painting at the Elms of Bloomfield, a luxury, patio-style townhome project off of Route 251 in the village of Bloomfield.

The final results of a painting project Ron Reason Painting did in Bloomfield.

Reason Painting at a Harbor Freight store in Mississippi.

Ron Reason said he’s about as picky as they get when it comes to clean lines in painting, as can be seen by this recent job.

CANANDAIGUA — Angelo Prestigiacomo sought a painter for his rapidly filling luxury townhome development, The Elms of Bloomfield, so he did what many in his line of work do: He asked a contractor. That contractor suggested Reason Painting, whose team had been working at the townhome project off Route 251 in the village of Bloomfield for about a year.

“It is amazing,” said the real-estate seller and developer with Howard Hanna when asked about the work of Reason Painting. “Every obstacle we threw at him he came through.”

Reason, 55, has spent most of his life in the painting business after learning the tricks of the trade from his father, John Reason, a respected painting contractor in the Richmond, Va., area.

“I worked for him for 18 years,” said Reason, who was born in Virginia but eventually attended schools in Ontario County after his mother moved north.

He first painted with his father while spending summers in Virginia, where his dad gave him some tough jobs and not a lot of money in return for laboring in the stifling heat.

He joined his father’s business after graduating from high school in 1983, joking that his dad fired him countless times.

“He was picky,” he said with a smile.

Reason decided he wanted to start his own business in 2001. He moved to Canandaigua — where he graduated from high school — to do it.

Reason worked out of the trunk of his car while he built the business. With no reputation in the area, he would drop fliers about his services at area subdivisions early on Sunday mornings.

“I put them out early because I knew everyone would go out to get their paper,” he said.

Word spread quickly of his quality work, which includes interior and exterior residential and commercial jobs.

Still, money was tight. To augment his growing businesses, Reason tended bar three nights a week at the old Farmer’s Inn in Canandaigua.

“My father told me, don’t expect a profit for the first five years,” Reason recalled.

His dad was right. He started making money in that fifth year ... and the business has grown each year since.

“Now everybody in Canandaigua knows my name,” said Reason, who has three work vehicles and three employees and is often on multiple job sites at a time.

“We’ve got three going right now,” said Reason, who last week was getting ready to spray on the primer of a townhome under construction at the Elms of Bloomfield.

Reason works locally, but on occasion heads out of town with his crew for big projects, including a number of Harbor Freight sites around the country.

“We paint anything,” he said.

Reason said he’s like his father when it comes to his approach to painting: He’s meticulous to a fault, saying total customer satisfaction is job one. He takes no money down. Customers pay when the job is finished.

“I like everything to be neat and nice, even when we’re working,” he explained. “I want it to be done the best that it can be done. We don’t cut any corners.”

“Ron goes through the units to make sure everything is done right,” he said, adding that he rarely has concerns with the final product.

Reason said Prestigiacomo is so happy with his work that he is using his company for an upcoming project in Shortsville.

The secret to great paint jobs, Reason explained, is the preparation, including the scraping and sanding of the surface to ensure good adhesion.

“The paint’s only as good as what’s underneath,” he said.

While Reason is plenty busy with his painting business, he’s now taking on another project that brings him back to the place where used to sling drinks: The Farmer’s Inn. He has purchased it and is going to reopen it after he does renovations.

In recent years the Farmer’s Inn had become a trouble spot, and was shut down by the state Liquor Authority due to multiple violations. Reason said he had to work hard to convince the city why the bar should be reopened.

“They wanted a guarantee of how it was going to be different,” he said.

He is going to gut the place, rename it and rebrand it as a spot to enjoy a drink and a meal. Reason plans to add barbecue to a pub-style menu and raise drink prices to attract a better clientele.

He hopes to get working on the place in January and will hire an experienced professional to manage the spot.