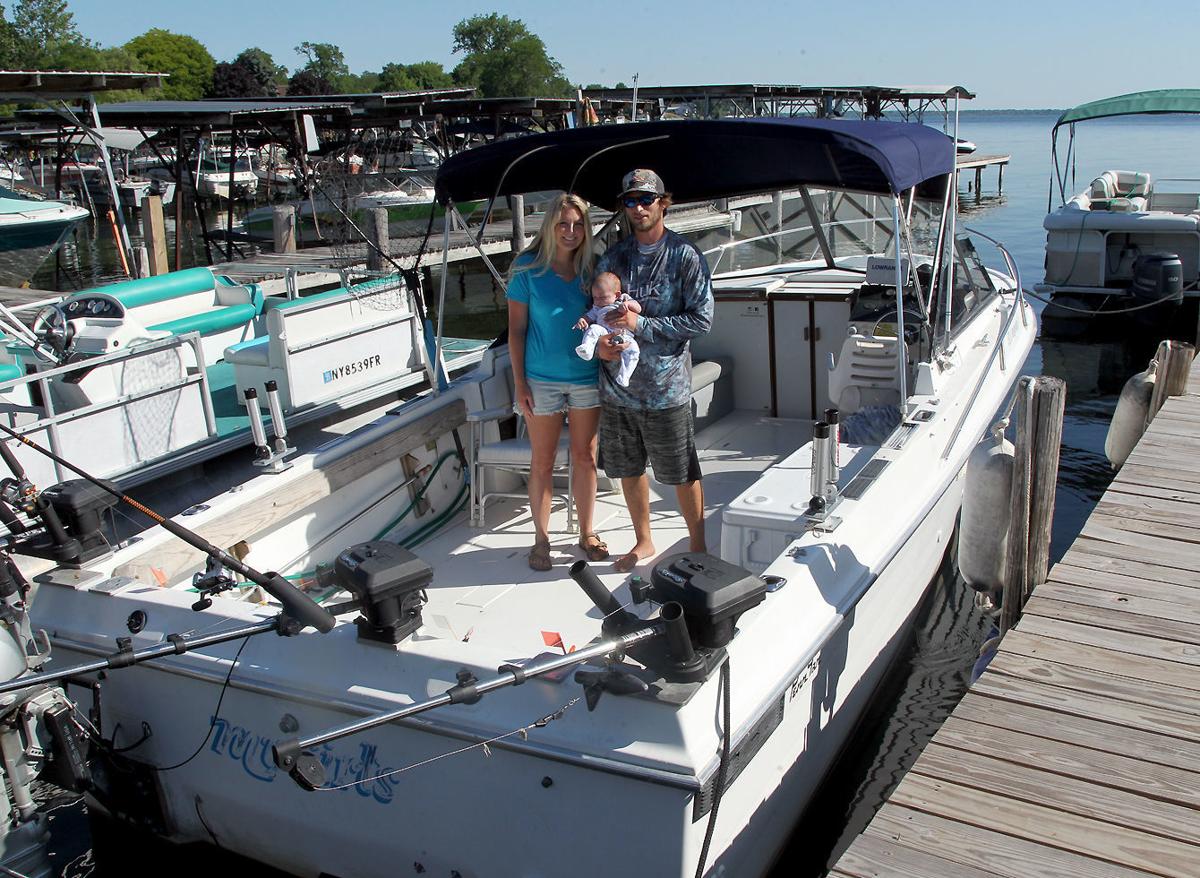 Steven Japp started his charter business in 2017 after getting his captain’s license, a 100-hour course that covers navigation and safety. It also included CPR and first-aid training. Steven stands with his girlfriend, Kaycie McHale, and their infant son, Garhett. 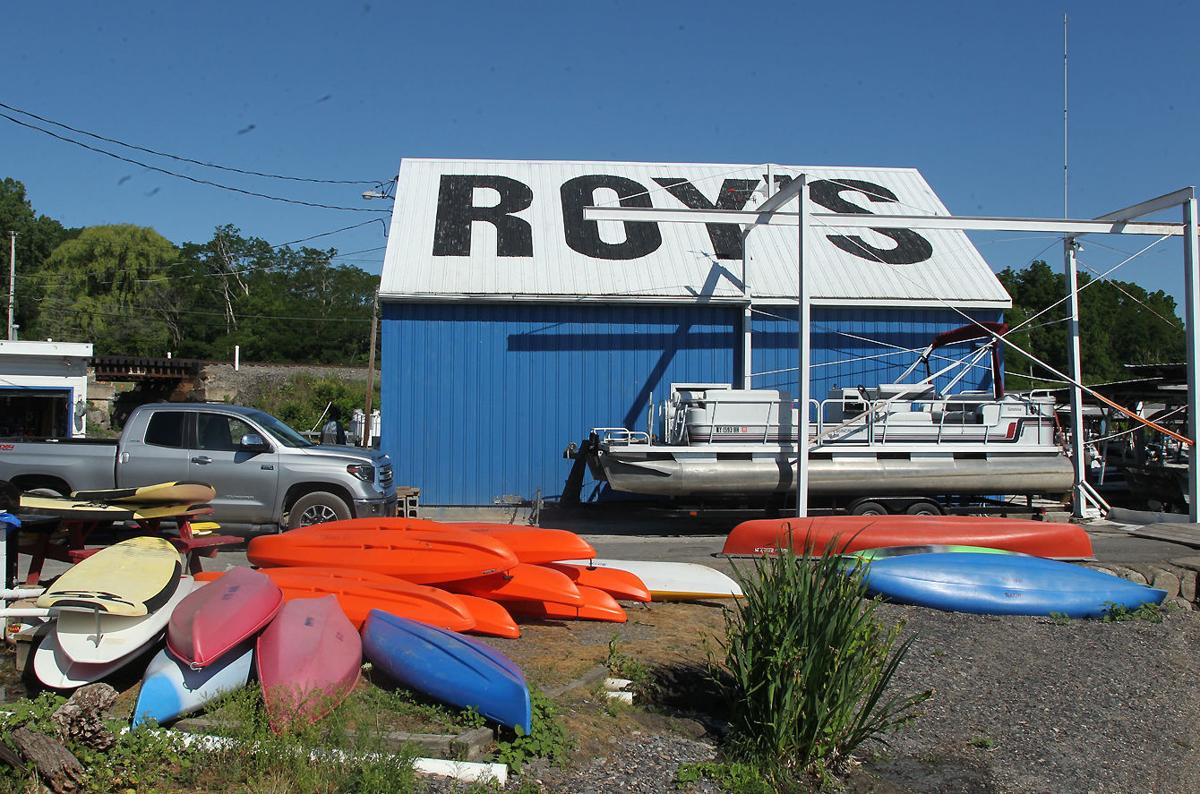 Steven Japp practically grew up at Roy’s Marina, where he still helps his parents Larry and Ros Japp, who are the owners. 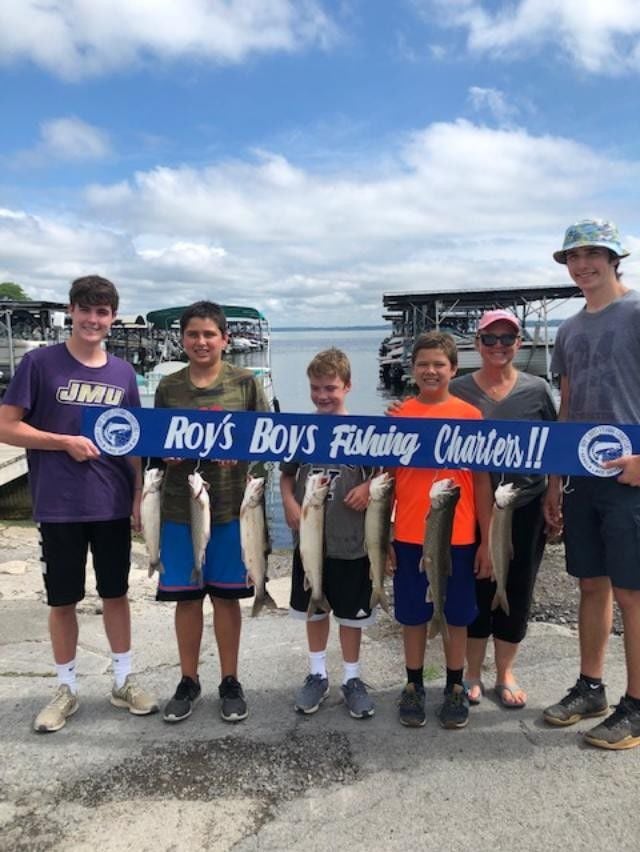 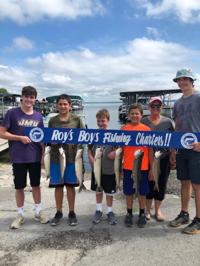 This trip on Roy’s Boys Fishing Charters resulted in a large haul from Seneca Lake. 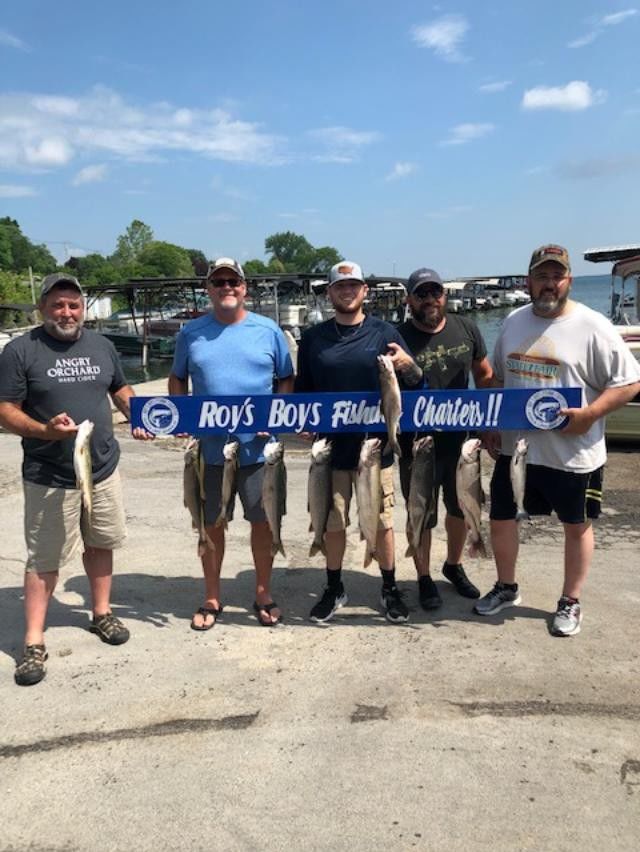 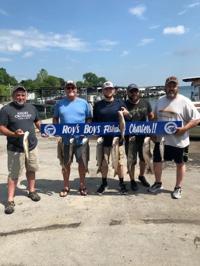 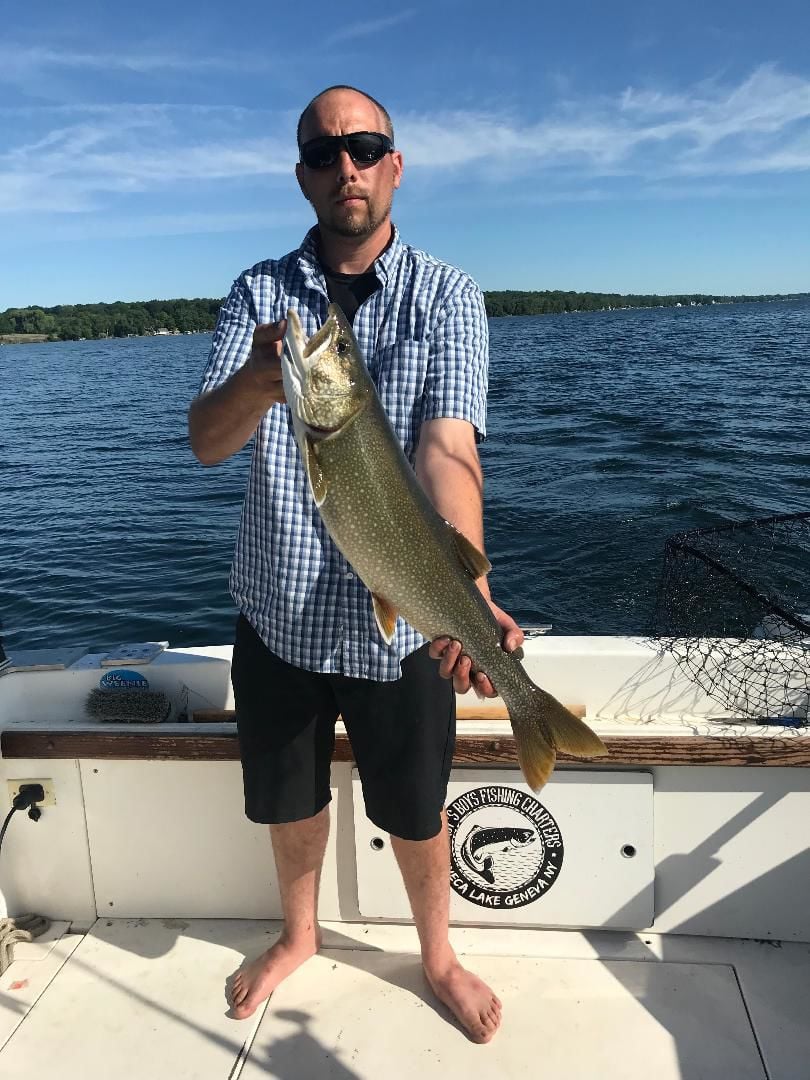 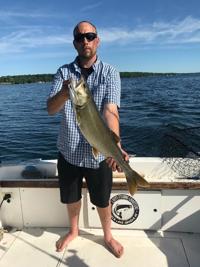 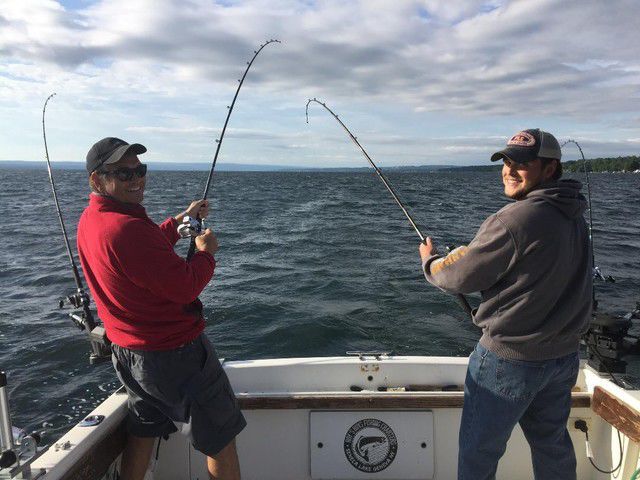 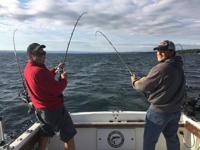 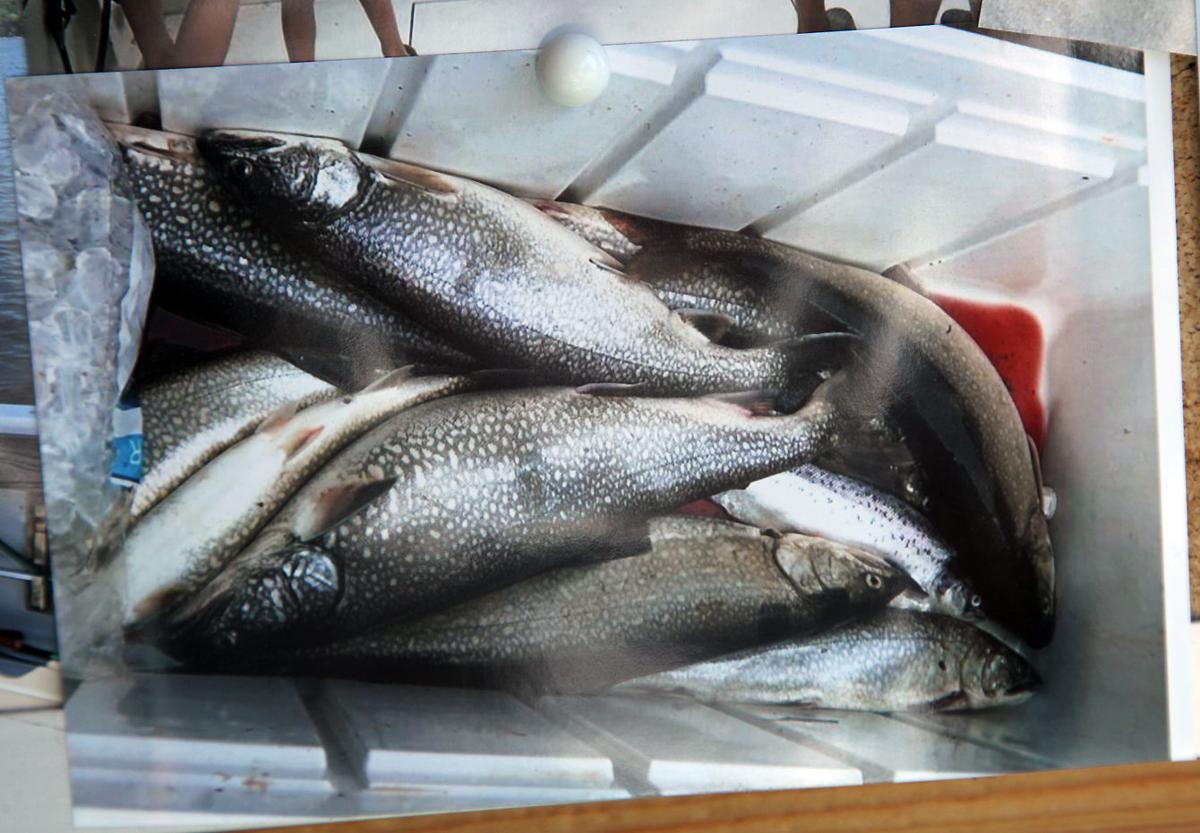 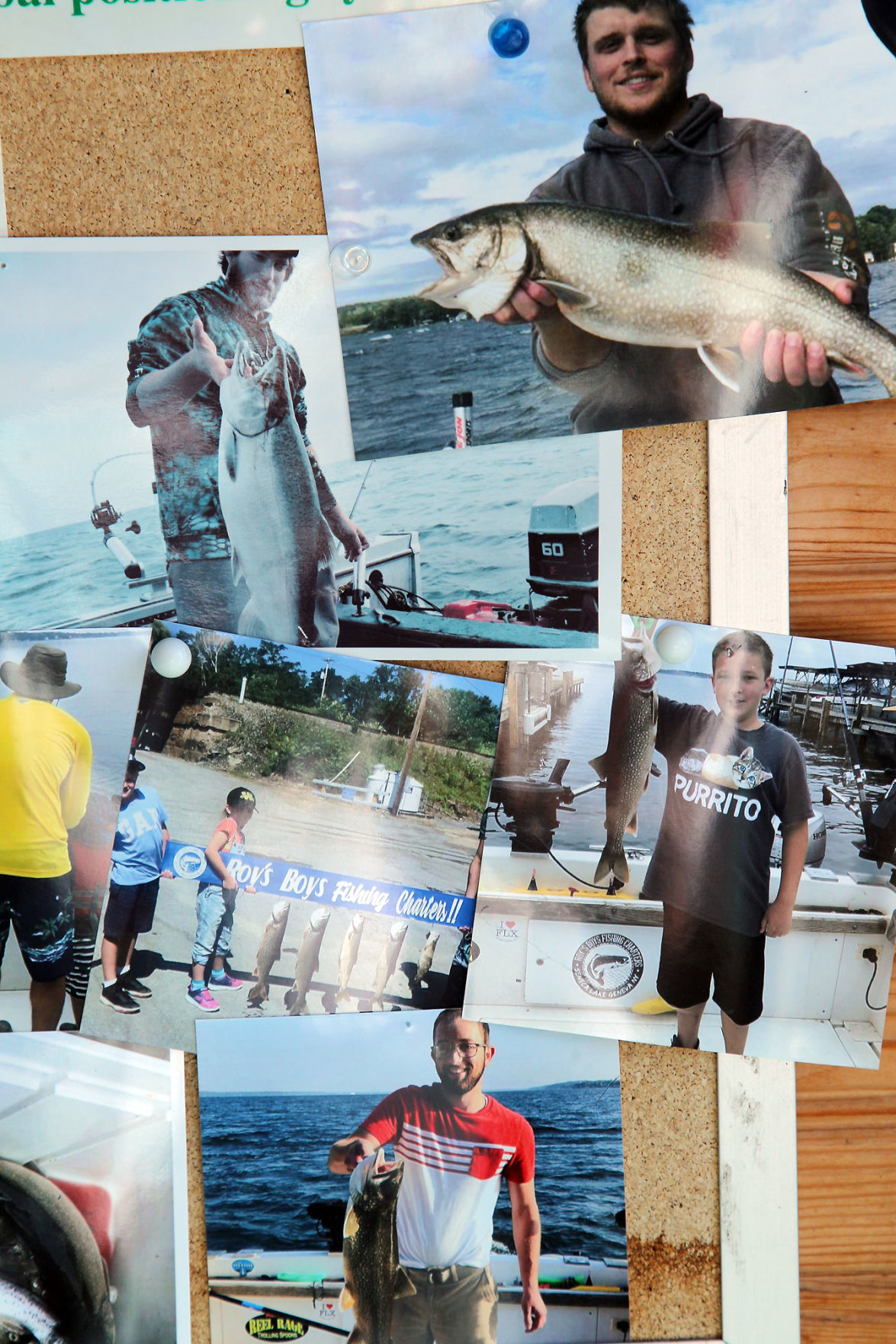 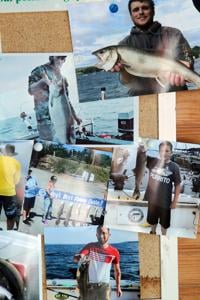 Steven Japp started his charter business in 2017 after getting his captain’s license, a 100-hour course that covers navigation and safety. It also included CPR and first-aid training. Steven stands with his girlfriend, Kaycie McHale, and their infant son, Garhett.

Steven Japp practically grew up at Roy’s Marina, where he still helps his parents Larry and Ros Japp, who are the owners.

This trip on Roy’s Boys Fishing Charters resulted in a large haul from Seneca Lake.

GENEVA — When he was a kid, Steven Japp and some friends would often head to Roy’s Marina after school to fish Seneca Lake before dark.

“It got to the point where more and more people wanted to go,” said Japp, whose grandfather. Roy Japp, founded Roy’s Marina decades ago. “We would call ourselves Roy’s Boys, and it kind of stuck.”

Several years ago, when Steven decided to start a charter fishing business, coming up with a name was the easiest part: Roy’s Boys Fishing Charters.

Steven practically grew up at Roy’s Marina, where he still helps his parents and the current Roy’s Marina owners, Larry and Ros Japp.

“I grew up fishing this lake and always loved fishing with my dad and his friends,” Steven said. “They would take me out during the lake trout derby, and some guys from Rochester really zeroed me in. They would teach me different techniques, and it was just a matter of developing my own way of doing things.”

Japp started his charter business in 2017 after obtaining his captain’s license, a 100-hour course that covers navigation and safety. It also includes CPR and first-aid training.

“Basically, it’s just spending hours on the water and proving to the Coast Guard that you can handle being out there and having a safe trip,” he said. “I’ve known boats all my life, so it wasn’t that difficult. Seneca is pretty wide open, but there are channels, shallow water and things to be aware of.”

Japp has two boats. His main one is a 26-foot Penn Yan Competitor, which can accommodate six people for hours on the lake — it has a bathroom. That vessel was owned previously by the late Don DeSio, who ran a charter business on Seneca Lake for years. The second boat is an 18-foot Lund, which Japp mainly uses during the cold-weather months.

Japp’s girlfriend, Kaycie McHale, helps him with the business’ website and social media.

While most of his customers are hoping to land some big lake trout, they also catch rainbow trout, salmon, and bass during warmer weather. Perch and pike are popular catches during the colder months — and some day Japp would like to land a brown trout.

“Browns are pretty much non-existent. I call them the Bigfoot of Seneca Lake,” he said with a grin. “You hear about them and see pictures of them, but never catch one.”

Japp said about 80% of his customers come from Pennsylvania, while others have come from New Jersey, Ohio, Massachusetts and Vermont. Most rent a house or cottage on the lake, with family or friends usually part of the entourage.

“Many of them want to have an outdoor experience,” Japp said. “I set up the rods and if something bites, they do the work.

“It’s more about paying for a memory instead of a fishing trip. There’s nothing like seeing a big fish come out of deep water, especially for a kid. It’s something they can talk about the rest of their lives.”

While some more experienced customers prefer to catch and release, others take their fish home for dinner. If they want, Japp will fillet it for them; on occasion, he’ll call Port’s Cafe, which is across Route 14 from the marina, if his customers want it cooked there for dinner.

To an extent, Japp agrees with some that Seneca Lake has seen better days for fishing. He called zebra mussels a “disaster” for the lake. Lampreys, an eel-like creature that attaches itself to fish, hurts the lake trout population, Japp noted, although the DEC is trying to remedy that.

“People say Seneca Lake is a dead lake, and it can be a struggle,” Japp said. “I just like going out and proving it’s not a dead lake.

“There are trips we come back with 20 lake trout, and there are trips where you can’t get a fish to stick on. There’s also a ton of bait in this lake for fish to feed on, and that is really holding this lake back from thriving, but it’s getting there. There’s still some really good fishing out there.”