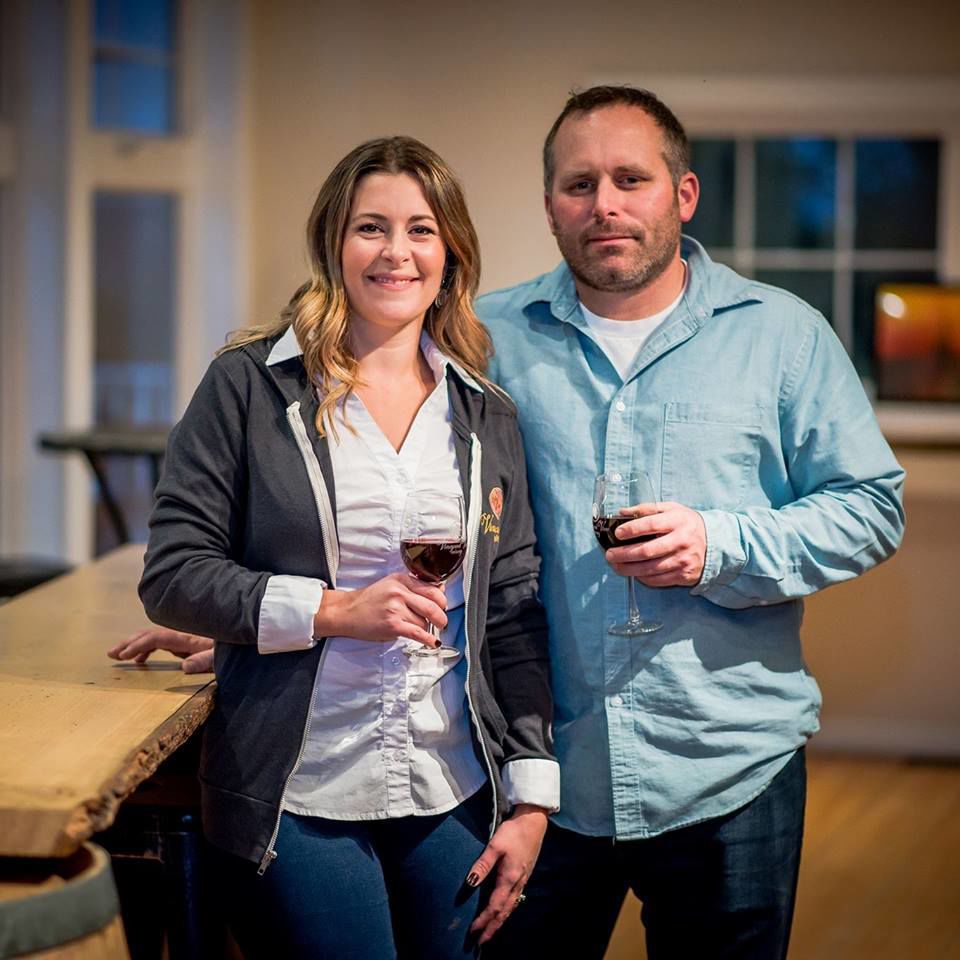 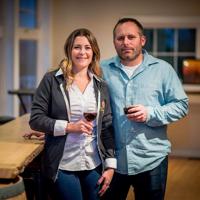 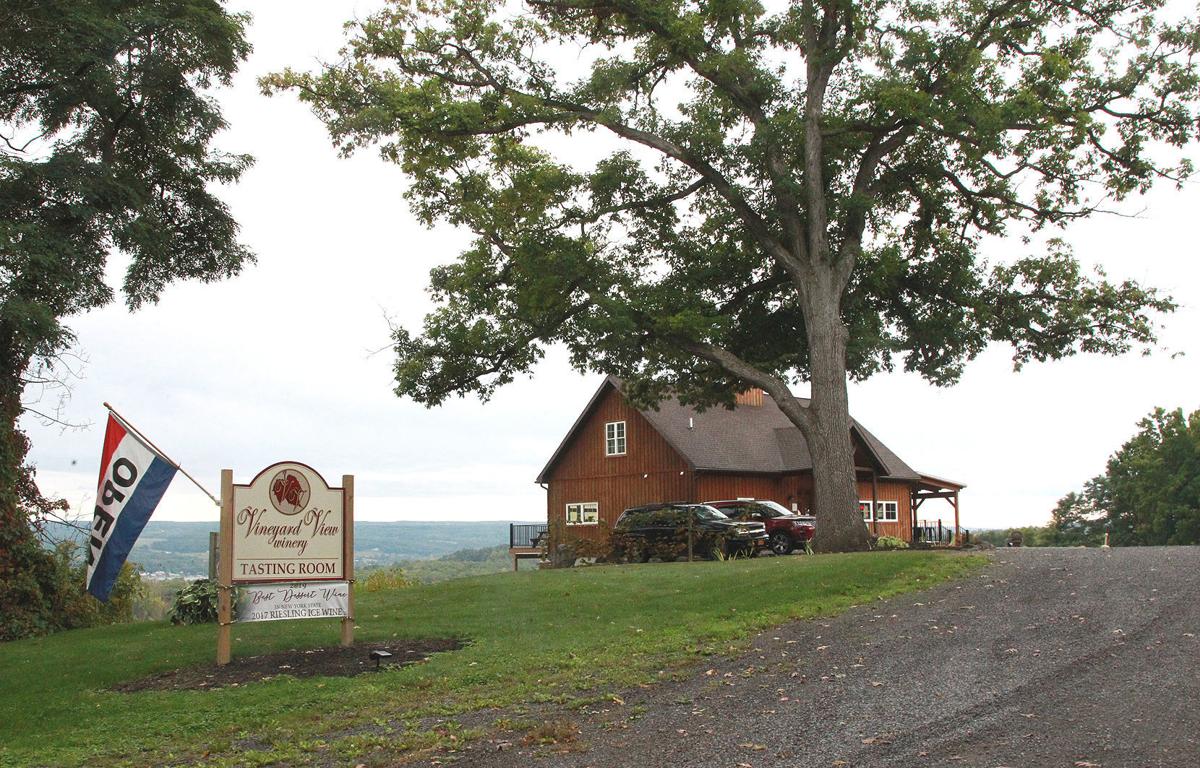 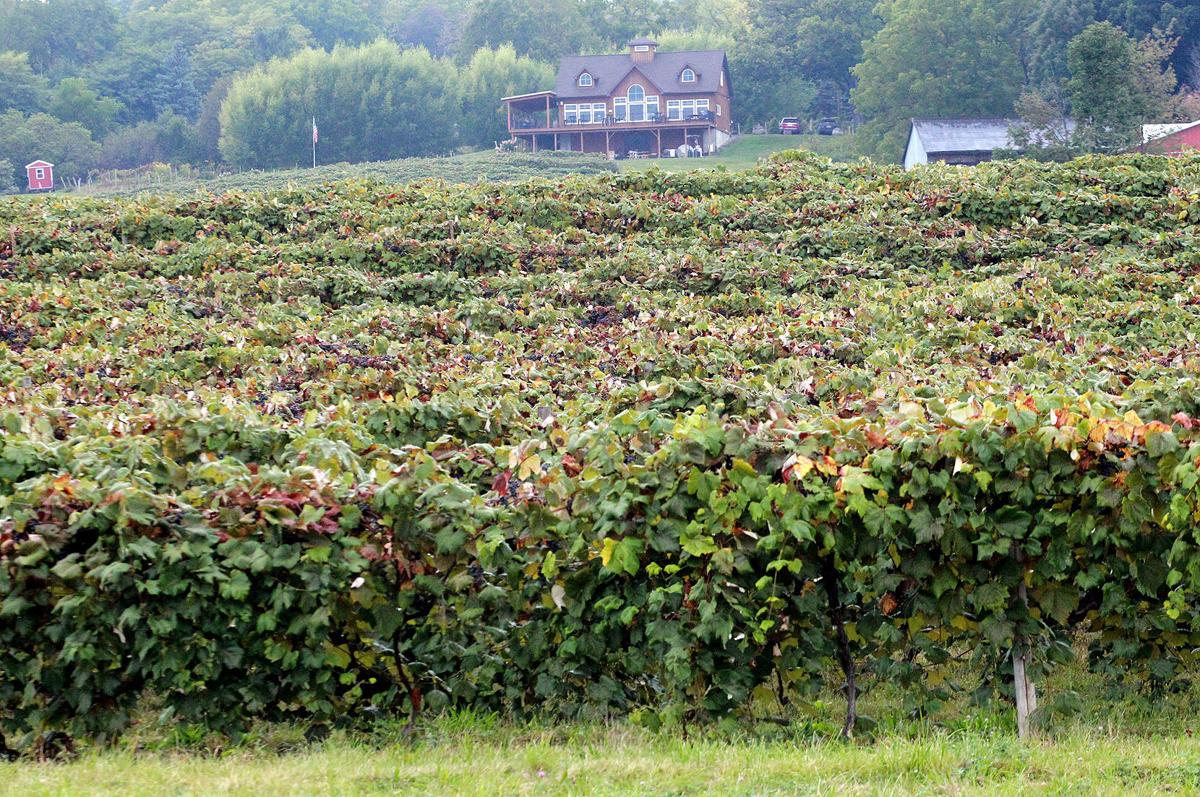 The grapes near Vineyard View Winery have been grown by the Folts family for more than 100 years. 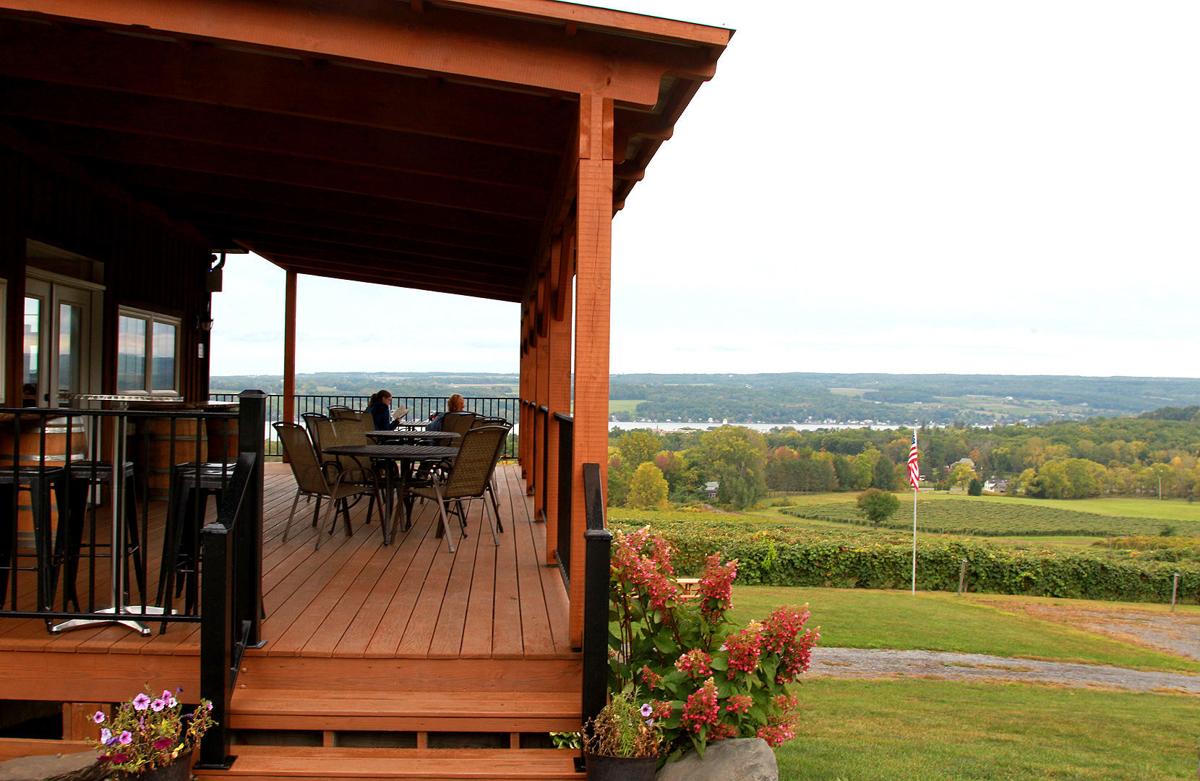 People who sit on the deck at Vineyard View Winery are treated to a picturesque view of vineyards, Keuka College and Keuka Lake. 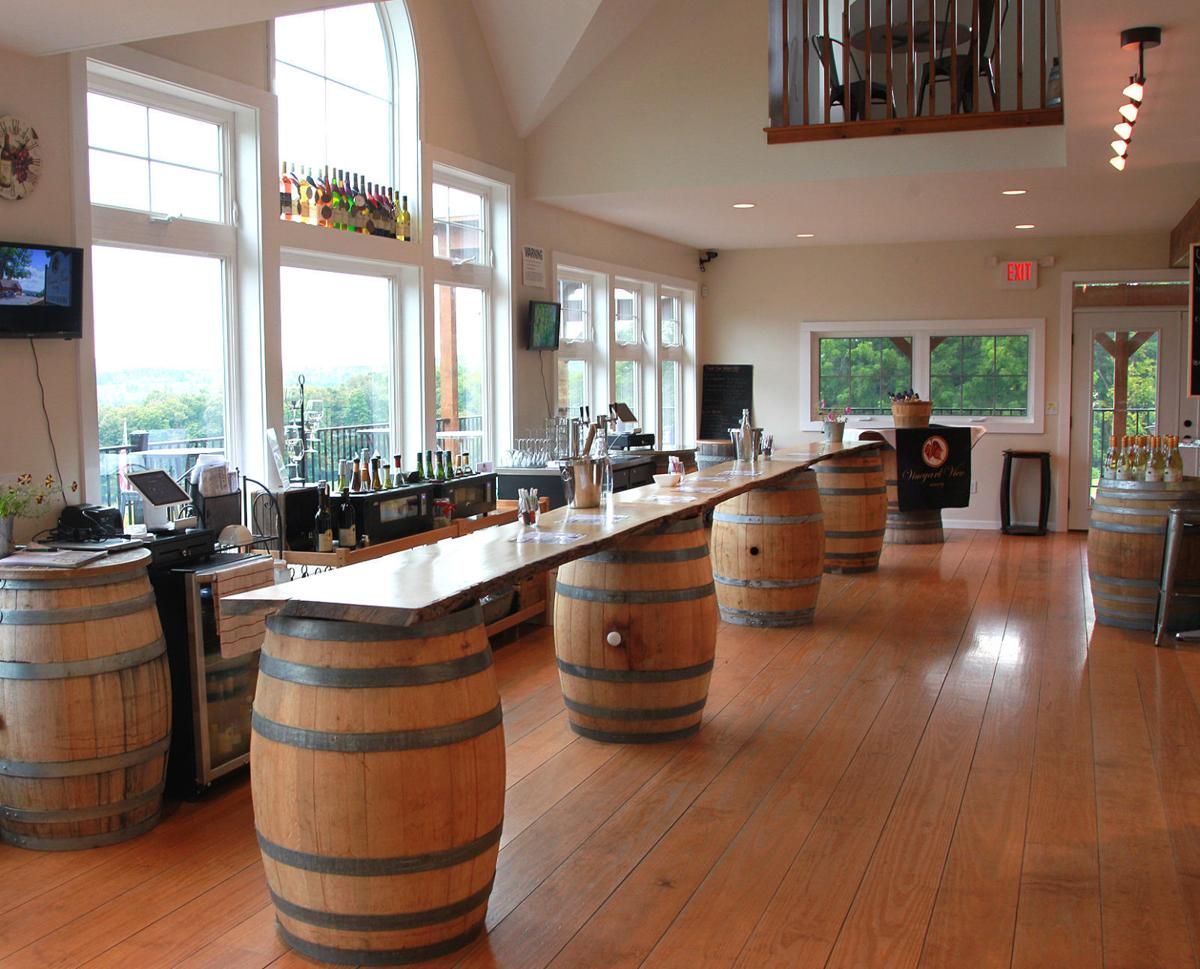 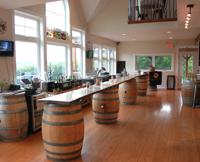 While a local contractor framed the winery building, the Folts family did much of the interior work at Vineyard View Winery.

The grapes near Vineyard View Winery have been grown by the Folts family for more than 100 years.

People who sit on the deck at Vineyard View Winery are treated to a picturesque view of vineyards, Keuka College and Keuka Lake.

While a local contractor framed the winery building, the Folts family did much of the interior work at Vineyard View Winery.

KEUKA PARK — Adam Folts is no stranger to vineyards, having spent 12 years or so working on the family farm while he was growing up near Penn Yan.

By his own admission, he never really appreciated the result of that work — making wine — until he was an adult. He came to that realization while working at a winery — in Texas of all places.

Folts, a 2000 Penn Yan Academy graduate who spent four years in the Air Force, later joined the Air National Guard and was stationed in Texas. He was living there with his soon-to-be wife, Nikki, when he made what turned out to be a life-altering decision.

“I wanted to do something different than what the normal military guy does on weekends, drink or party or whatever,” he relayed. “I volunteered at a local winery down there, believe it or not. I was thinking it’s just going to be this wine shop, but no, this guy had some grapes. They struggle to grow them, but they have them.

“I went there to volunteer in the vineyard, because that is what I knew, but he said, ‘I don’t want you in the vineyard. I want you to help me in the (wine) cellar,’ “ Folts continued. “I said. “I don’t really know what I’m doing, and he said, ‘I will teach you.’ That is when I got to see the finished product.”

That happenstance meeting set Folts on the path he is now traveling: as winemaker at Vineyard View Winery near Keuka Park, which he owns with Nikki on the family’s longtime farm. Folts, a fifth-generation grape grower, produced his first vintage in late 2012 and opened up the estate winery building the following year.

While Vineyard View is a relative newcomer to the Keuka Lake Wine Trail, there is a wealth of history on the land. Adam believes his great-great-grandfather, Sherman, first planted grapes there more than 100 years ago.

Adam and Nikki live in the house Adam’s great-grandfather, Keith, built. Adam’s grandfather, Rodney, took over from Keith. Adam’s dad, Mike, continued the viticulture legacy, and has become the longest active member of the farm.

“It’s been here a long time,” Adam said. “All my cousins, uncles and aunts have talked about what they used to do on the farm. It’s always been a big part of my life.”

Adam and Nikki are part owners of the farm with Adam’s father and mother, Linda Folts, a well-known banker in the Penn Yan area who retired recently. Adam broached the subject of starting a winery after getting back from Texas; while Mike and Linda never imagined the farm would venture into the wine industry, they supported the idea.

With a lot of help from his parents, Adam said he was able to get financing through the Finger Lakes Economic Development Center and Lyons National Bank. While a local contractor framed the winery building, Adam said his family did much of the interior work.

“It was the only way we could do it,” he said. “My wife pretty much designed it. It’s meant to feel like a home when you walk in.”

Folts Farms grows about 110 acres of grapes, including natives such as Concord and Niagara, as well as some hybrids. The farm produces between 900 to 1,200 tons annually, most of which are sold for juice.

Adam started planting viniferas and higher-end hybrids several years ago; he uses about 15 tons per year for the winemaking operation. He makes a wide range of wines, including dry Rieslings and sweeter Niagaras, as well as some reds.

Vineyard View recently won state awards for best dessert and ice wines, something Adam just started doing. Nikki, a 2005 Penn Yan Academy graduate and a registered nurse by profession, shares Adam’s passion for wine and has been active in Folts Farms since they met.

“People ask me what we are best known for, and I tell them we have a wine for everybody,” he said.

As the name indicates, Vineyard View Winery has a stunning panorama of the family farm, nearby Keuka College and Keuka Lake. Adam said many customers who come from out of town love the view and the history of the land.

“We get some comments on the view, for sure,” he said. “I can’t take credit for the view, but we certainly take advantage of it. We are in a perfect spot, we have a beautiful view, and we’ve been doing grapes for a long time. It’s nice to show people what we get to see every day.”

Adam and Nikki, who have two children, want to continue the Folts legacy.