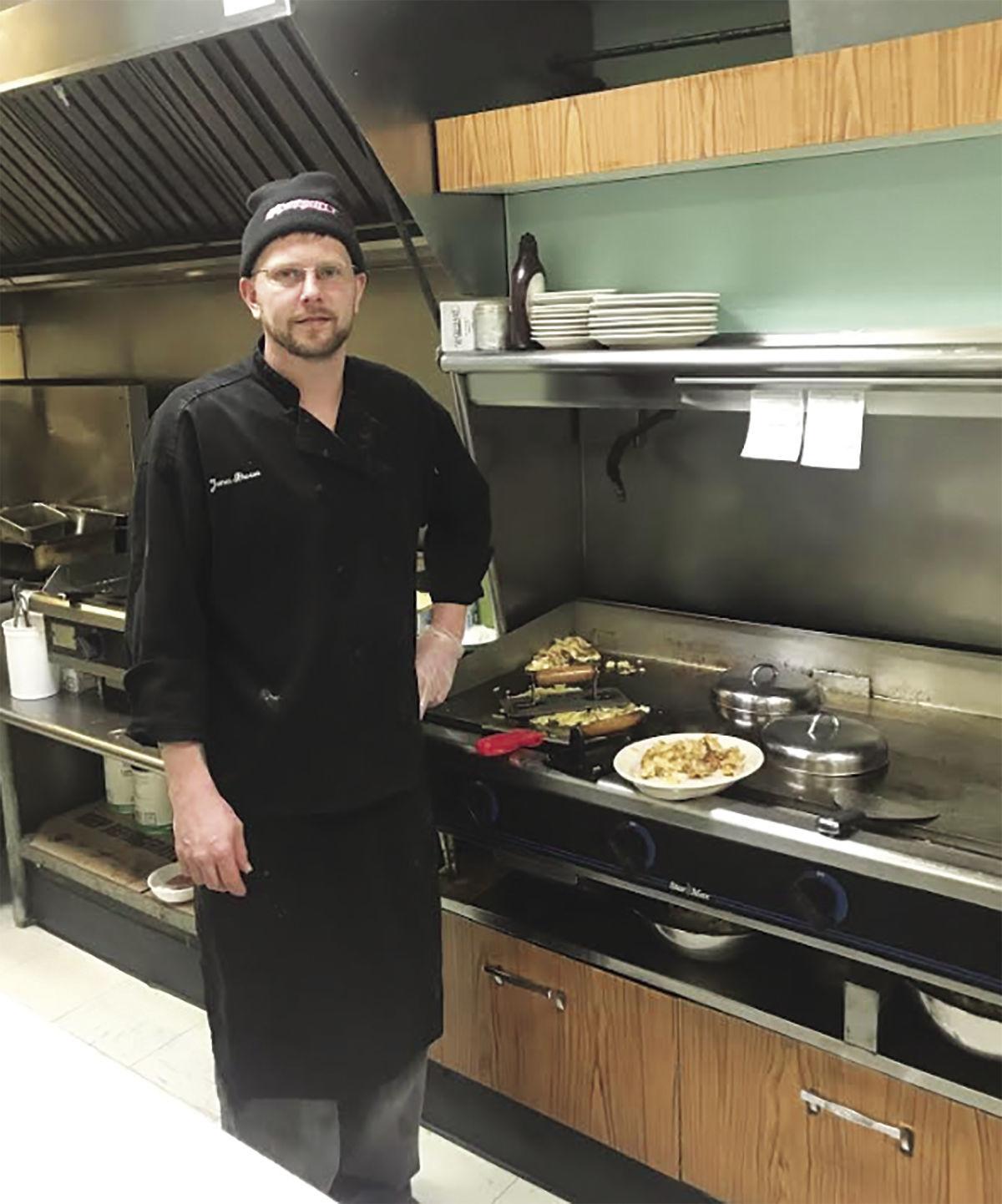 Jamie Brown, a graduate of Waterloo High School, has purchased the Water Street Café from his step-mother, Anne Feligno Brown. 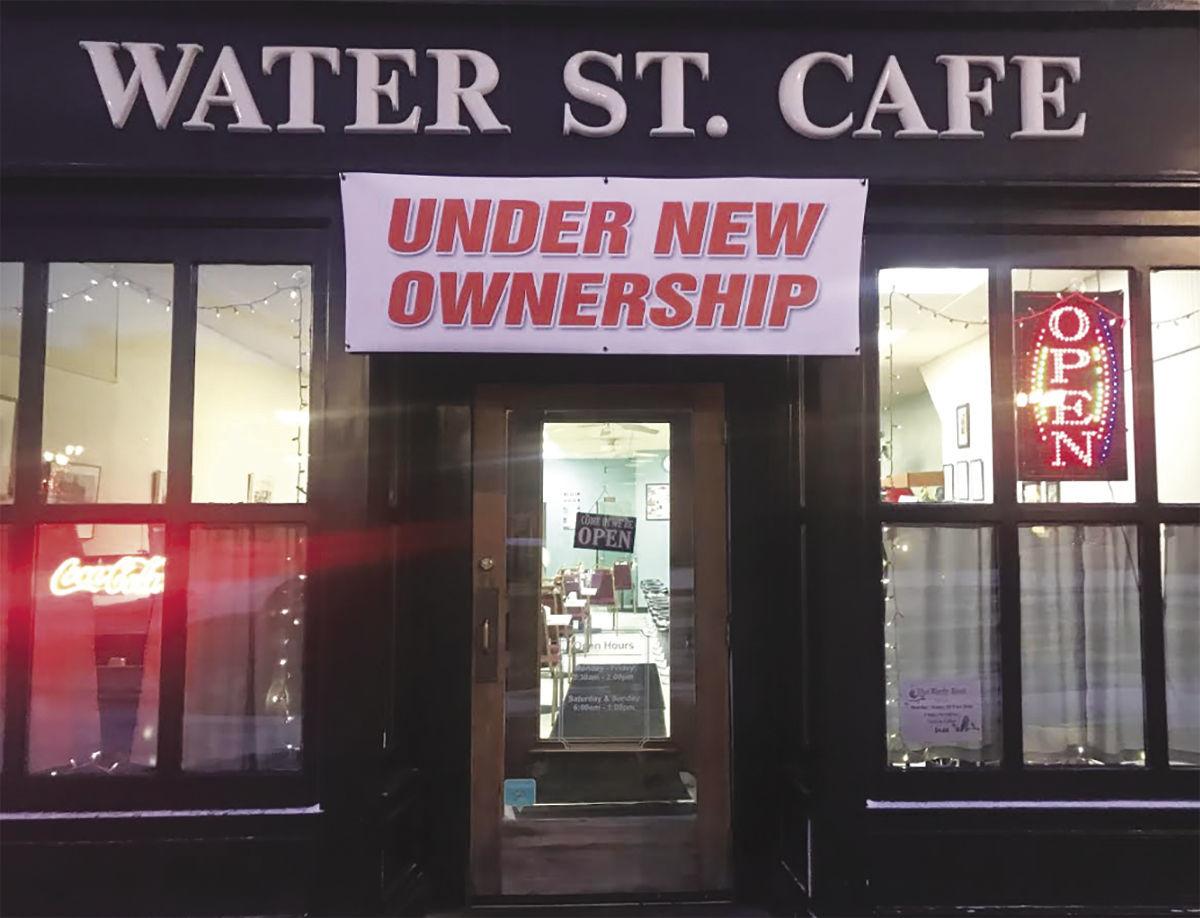 Make no mistake about it, Geneva’s Water Street Café is under new ownership.

Jamie Brown, a graduate of Waterloo High School, has purchased the Water Street Café from his step-mother, Anne Feligno Brown.

Make no mistake about it, Geneva’s Water Street Café is under new ownership.

GENEVA — Big change in cities is often heralded by public events — elections, for example, that spur headlines, new mayors, photos on the front page and much chatter.

Then there are the private changes that often go unnoticed but, arguably, may have bigger impacts to some.

One of the latter occurred last week when Jamie Brown walked down Exchange Street and tacked an “Under New Management” sign above the door of that street’s iconic Water Street Café.

Brown, a Waterloo High School graduate, has taken over as the owner and chief chef at the breakfast and lunch bistro that has fed generations of Genevans and Hobart and William Smith students.

Like all new owners of long-established businesses, Brown was quick to reassure everyone that change would come slowly and not without a lot of research and collaboration, though Jamie is bringing the “garbage plate’’ concept to breakfast with a scrambled egg, hash, home fries and toast topped with sausage gravy dish that may be this city’s best hangover cure. He’s also opening an hour earlier — 5:30 a.m. on weekdays and 6 a.m. on weekends.

“The regulars have been coming here for years,’’ Brown said. “They know what they like, and we’ll make sure they continue to get it. But I’ll be looking to add things here and there.’’

Brown bought the restaurant from his step-mother, Anne Feligno Brown. He already has updated the menu, brought a bit more flexibility to diner’s choices and will be discussing new ideas with the regulars.

And Water Street Café has regulars. Stop by and you’ll often run into the same customers who have been meeting and dining at the café for decades now.

Shift workers from the hospital, college professors and administrators, farmers from the outskirts and downtown residents regularly fill the place that has been famous not for its fancy food, but for solid, inexpensive fare that hits the spot and an atmosphere that is warm and extremely local. HWS students have, for generations, had a soft spot for the café’s warmed buttered homemade muffins.

Anne Brown, who bought the place in 1991, seemed to know everyone in town and often beat the newspaper in sharing the latest. Gossip? No, more “people news,” she might say. Still, it has always been possible to keep up with local issues while sitting in the café’s booths or counter for a few minutes.

That is likely to change as Anne Brown has decided to spend winters in Florida and her step-son is more laconic. Jamie has been working the line at the café for 10 years, after stints at the Belhurst, Halsey’s and the Holiday Inn in Waterloo. During his free time he buys, fixes and crashes vehicles in local demolition derbies, yet he can still flip an egg without breaking the yoke.

Jamie Brown’s rise to power at the Café, however, also will assure that the famous internecine warfare will continue along Geneva’s downtown thoroughfare. His step-sister, Jennifer Pealer, runs the Captain’s Room just a block north on Exchange Street and both places have developed loyal followings.

“We compete,” Jamie Brown says, “but I want her to succeed. We can both succeed.”

Chris Lavin is a former Times reporter who has written and edited newspapers throughout the U.S. He currently runs the Boys & Girls Club of Geneva and writes occasionally for the Times. He prefers Water Street’s poached eggs over homefries with tea.