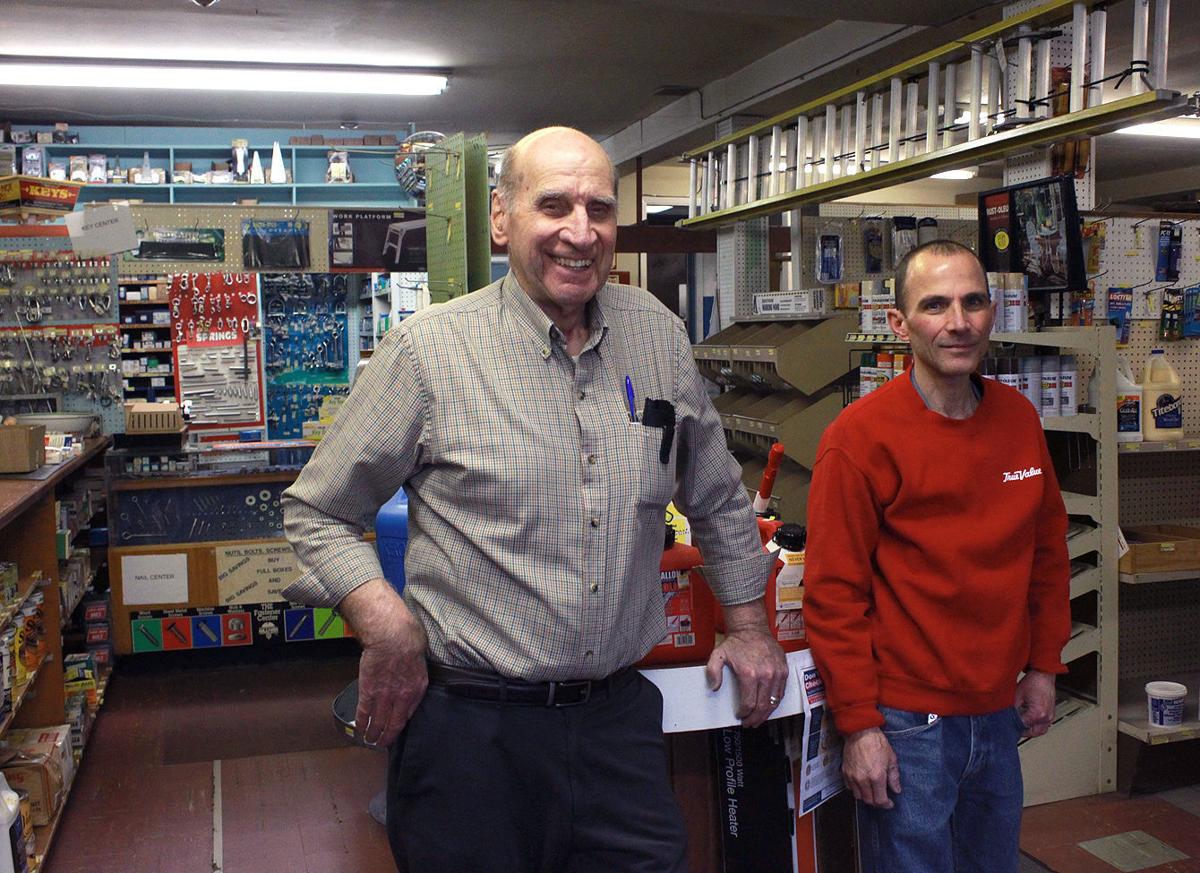 F.A. Church Hardware is closing doors in Geneva after more than eight decades in Geneva. Vincent Ficcaglia Jr., a Hobart grad who runs the store with his father, Vince Ficcaglia Sr. Vince Sr.’s wife, Virginia, does the books. 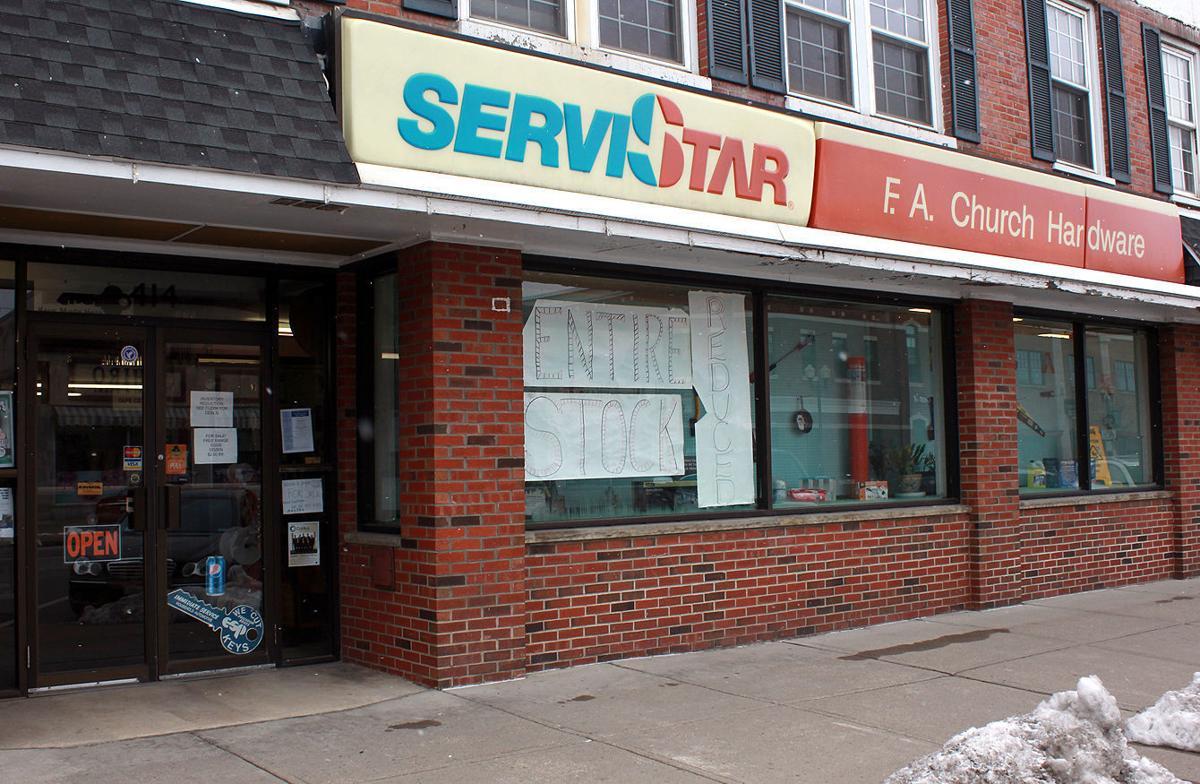 F.A. Church Hardware closed its doors in after more than eight decades in Geneva.

F.A. Church Hardware is closing doors in Geneva after more than eight decades in Geneva. Vincent Ficcaglia Jr., a Hobart grad who runs the store with his father, Vince Ficcaglia Sr. Vince Sr.’s wife, Virginia, does the books.

F.A. Church Hardware closed its doors in after more than eight decades in Geneva.

The culprit: changing retail trends, most notably the rise of big-box retailers with huge inventories and showroom space and marketing and pricing clout that small stores generally can’t match.

The store at 410 Exchange St., which has been a part of the downtown retail business since 1932, is closing.

“We lost business over the years to the big-box stores,” said Vincent Ficcaglia Jr., a Hobart grad who runs the store with his father, Vince Ficcaglia Sr. Vince Sr.’s wife, Virginia, does the books.

They are in the midst of an inventory sell-down that is part of the closing and have not decided exactly when the final day is yet.

For Vince Jr., 57, F.A. Church Hardware is the only place he has ever worked.

“I’ve been here my whole life,” he said, joking that his dad, who’s 83, had him doing store-related work going back to age 7. “I just ended up staying here. I had so much fun. I’m going to miss it.”

He said the store simply could not match the inventories and selection of the home centers.

What customers could get at F.A. Church was that small-store service that the big boys generally can’t match. Thrown in for free: lots of laughs, courtesy of father and son.

“Everyone who walks in the door I know, and I joke with them,” said Vince Sr.

“It’s not just a business, it’s a clubhouse,” added his son.

That would include friend and customer Frank McDonald, a local carpenter who enjoys throwing a few good- natured barbs at his hardware hosts. He said F.A. Church always sold the top-quality stuff that the big stores often don’t carry.

“F.A. Church is an institution, a business we will miss,” said Palmieri. “It’s old school — a place you not only shopped but talked and laughed and got that part you couldn’t find anywhere else. I know I’ll miss not being able to shop there, and I’ll miss shooting the breeze with Vinny.”

The only retail business in downtown Geneva that may be older is Lynch’s Furniture, said Vince Sr.

F.A. Church, founded by Vinny Sr.’s father-in-law, Francis Church, has gone through a number of changes over its long history. It started out as primarily a painting-services operation and later evolved into one of the largest appliance dealers in the area.

Vince Sr., who joined the business in 1956 after working at the old A&P downtown, said he got out of the appliance business because companies weren’t backing their products as well. They also weren’t as good, he said.

He recalled that he had to convince his father-in-law to make the move out of appliances, which comprised a good portion of their business up until the 1980s or so.

He replaced the appliance section with a much larger array of hardware products, and it proved to be the right move.

F.A. Church’s also has a number of old-time hardware services, such as window and screen replacement, which are getting more difficult to find with the loss of so many of these small-town hardware stores.

Vince Sr. said he already has several people interested in buying the building, and one of them is actually considering keeping it open as a hardware store.

As for Vince Jr., he’s unsure what he’ll do once F.A. Church closes. Ironically, he said he may end up working for one of those big-box stores that have played a role in so many small hardware stores going out of business.

Dave Linger, a downtown building and business owner and president of the BID Board of Directors and the Local Development Committee, called FA Church “a Geneva institution.”

He said in an email that the “difference between F.A. Church and some of its competitors is the owners. They are there every day, helping customers find what they need. Geneva has made great strides in having new businesses locate downtown, but the true backbone of the business district are the longtime businesses who have made Geneva their home for 40, 100 or more years. Without places such as F.A. Church, the Business Improvement District wouldn’t be where it is today.”

There will be plenty of emotions when the store closes up shop, said the elder Ficcaglia.

“We’ve got a lot of good memories here,” he said.