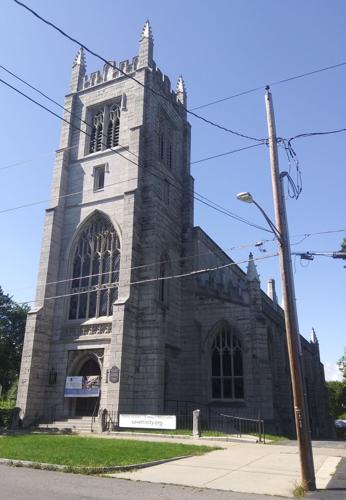 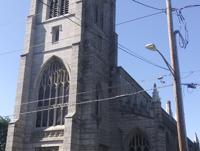 GENEVA — The developer of the Trinity Episcopal Church redevelopment project is seeking a little over $3.6 million in tax breaks from the city’s Industrial Development Agency.

The IDA board is set to vote on the proposal at its meeting Friday morning.

Trinity Church Inn LLC, which is headed by Mark McGroarty of McGroarty Investments, is purchasing the three structures at 520 S. Main St. from Trinity Church for $340,000. The nearly $9.9 million project would redevelop the historic church and property into a 29-room inn, 73-seat restaurant and 195-seat event space.

McGroarty said the project needs public financial assistance for a number of reasons, including addressing significant structural repairs to the church and the rectory, the latter of which housed the National Bank of Geneva from 1817-21. The rectory will feature inn rooms.

“TEC and the rectory buildings require substantial investment to repair and maintain their aging infrastructures,” McGroarty writes in Trinity Church Inn’s application for financial assistance filed with the IDA. “The buildings, in their current state, are in disrepair. They need significant investment for preservation purposes to bring the buildings up to code and then incremental revenue to maintain these historic landmark buildings. The majority of preservation costs are unrecoverable from an income stream standpoint.”

He also touched on the need to be competitive with other hotel/banquet facilities.

“In addition, the awarding of PILOT to Canandaigua-Finger Lakes Resort, Inn on the Lake (rebranded as Lakehouse Canandaigua) and Lake’s Edge Seneca (Geneva) puts Trinity Church Inn at a competitive disadvantage,” he wrote.

The larger tax breaks come in the form of a proposed 15-year payment-in-lieu-of-taxes agreement. The total PILOT over 15 years is nearly $3.1 million. Trinity Church Inn would gradually make larger payments to the taxing entities, which include the city, school district, library and county.

Without the tax abatement, Trinity would pay about $5.1 million to the taxing entities.

At an IDA public hearing on the tax incentives held March 28, a number of South Main Street residents who fought the project in court — Trinity ultimately prevailed — again expressed skepticism. Among them: Joanne Labate, who read her letter emailed to the IDA and city officials, including Mayor Steve Valentino and IDA liaison Ken Camera, a city councilor from Ward 4.

“The proposal to convert the church into a 73-person restaurant/bar, 29-unit motel and 195-person party reception hall is financially flawed and contains many red flags,” she said. “We are appealing to you as key players in sanctioning city of Geneva taxpayer support of this project.”

Labate cites a number of previous arguments the group has made, including the amount of debt the project would incur, along with what she stated as unsubstantiated income from the property.

Gena Rangel said she now believes the project would be “good for the city of Geneva” in terms of putting a tax-exempt property on the tax rolls. However, she also questioned the financial aspects of the project. She said “the applicant has provided no professional feasibility studies demonstrating the likelihood of its project’s success in the highly competitive field it is entering.”

Eileen Buckley questioned what would happen if the project fails, citing a Linden Street building that was left partially intact after the developer’s plans to repurpose it failed to materialize because of unexpected costs.

And, Tim Buckley, a former Geneva city court judge, said the plan was originally designed to save the church, but noted Trinity Episcopal will no longer own the 2.4-acre property.

Under the purchase agreement, the church will pay Trinity Church Inn LLC a dollar a year in exchange for church sanctuary use, McGroarty said Wednesday.

“It has always been paramount that the church congregation continue to have the ability to worship at the church,” he said. “To this point, upon completion, Trinity Church has the right to hold worship ceremonies at the church on Sundays and holy days. They will have a small area/office for them in the lower level of the church for church incidentals. … The initial lease is for 10 years with options to renew by the church.”

Added Trinity Rector Cam Miller: “It is the intention of Trinity Episcopal Church to continue their main ministry and offices out of our Castle Street location.”

A number of project benefits are outlined in the financial assistance application.

It would create 10-20 full-time jobs and another 15-20 part-time positions within three years of project completion, assuming the IDA approves the financial assistance package. Those jobs would include four to five management positions paying $60,000 to $100,000, seven to eight administrative jobs paying $35,000 to $60,000 and 15-20 production jobs paying $15 an hour.