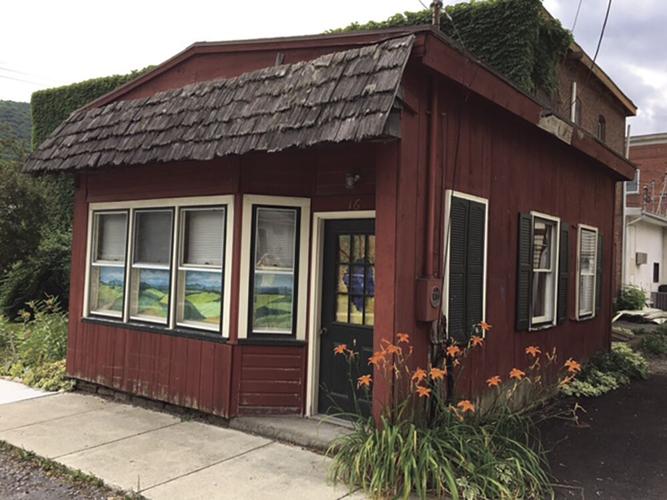 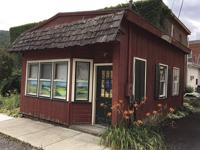 The owners of Hollerhorn Distilling in Naples plan on converting the downtown “tin shop” into a new, satellite tasting room. 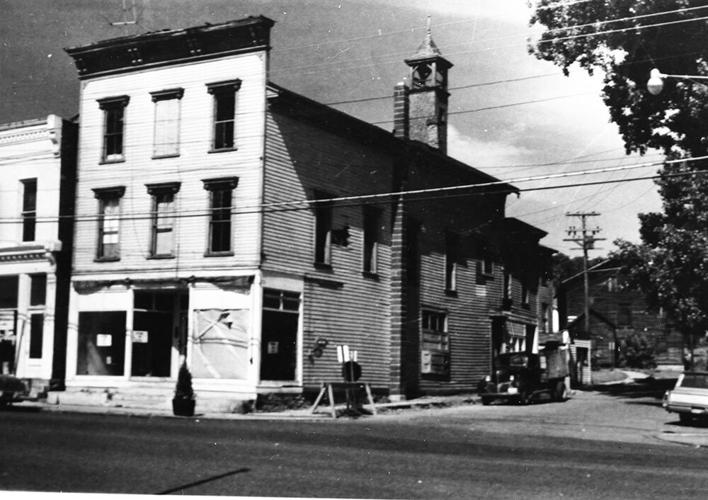 A photo of the original building at 101 South Main St. from the Naples Historical Society archives (date unknown).

The owners of Hollerhorn Distilling in Naples plan on converting the downtown “tin shop” into a new, satellite tasting room.

A photo of the original building at 101 South Main St. from the Naples Historical Society archives (date unknown).

NAPLES — An historic property with a small building called “the tin shop” and green space named after Beth Flory, past president of the Naples Historical Society, will be home to a satellite tasting room for Hollerhorn Distilling.

The property at 101 South Main St. — it’s at the corner of Main and Mill streets — was sold to Karl and Melissa Neubauer’s Spirit Run LLC, owners of Hollerhorn.

After a devastating fire at the distillery in May — the business is outside of downtown on Spirit Run, off Clark Street — the Neubauers decided to open a satellite tasting room sooner than they had planned. They also felt it was important to keep the heart of Main Street vibrant.

Original plans called for the tasting room to be open for fall tourism this year, but with all the work ahead rebuilding the distillery, expectations are being adjusted.

When it opens, the new tasting room at South Main will have Hollerhorn spirits and merchandise for sale, including all the necessary tools, shakers, strainers, glassware, bitters, amaros, vermouths, and many cocktail curiosities to keep everyone happy, along with an extensive offering of hand-rolled cigars. The new space will allow the distillery to expand on its former offerings, and Hollerhorn will be doing exclusive single-barrel Spirit bottlings of whiskey.

According to an 1874 map (one of the earliest maps in the historical society’s archives), 101 South Main was owned by H.H. Watrous with a building listed as a hardware store. Through the years, the property served as the E. Wells & Co. Hardware Store, Edgar Haynes & Co. (a grocery store), and an appliance store owned by Amos Ippolito. The building was ravaged by fire in the 1970s, torn down, and the space turned into Beth Flory Park, named after the woman responsible for the restoration of the Historical Society’s Morgan Hose Building in the 1990s.

The “tin shop” building can be found on Naples Sanborn Fire Maps as early as 1886, listed as a wooden two-story frame building, though it is believed it was built before then. At some point, the second story was removed. It once served as an annex for Haynes Grocery. Dr. Paul Neidert bought it in 1979 to use as a chiropractic office. In the 1990s, Greta and David Love offered massage therapy there (Finger Lakes Massage, later Finger Lakes Natural Health).

The Naples Historical Society purchased the property in 2012; since then, it has served as a storage facility for some of the society’s collections.

Naples Historical Society President Trish Lambiase said she is pleased the historic structure will be restored and used again to bring vibrancy back to that downtown corner.

“We have always loved the tin shop and have often envisioned fixing it up to make that corner of Main Street shine a little more,” the Neubauers said. “We would like to reiterate our humble thanks for the incredible support of our entire community during the last four years, and especially in the months following the fire at Hollerhorn. Our hopes are high for Naples in the coming years, and our goal is to add to the vibrant and growing business district in the village moving forward.”

The Naples Historical Society owns three additional buildings: The Morgan Hose Building at 22 Mill St., which houses the society’s office, meeting space and archives; the Red Mill, 4 Wall St., a storage facility for artifacts; and the Cleveland House, 201 North Main St., which opened as a museum in 2019.