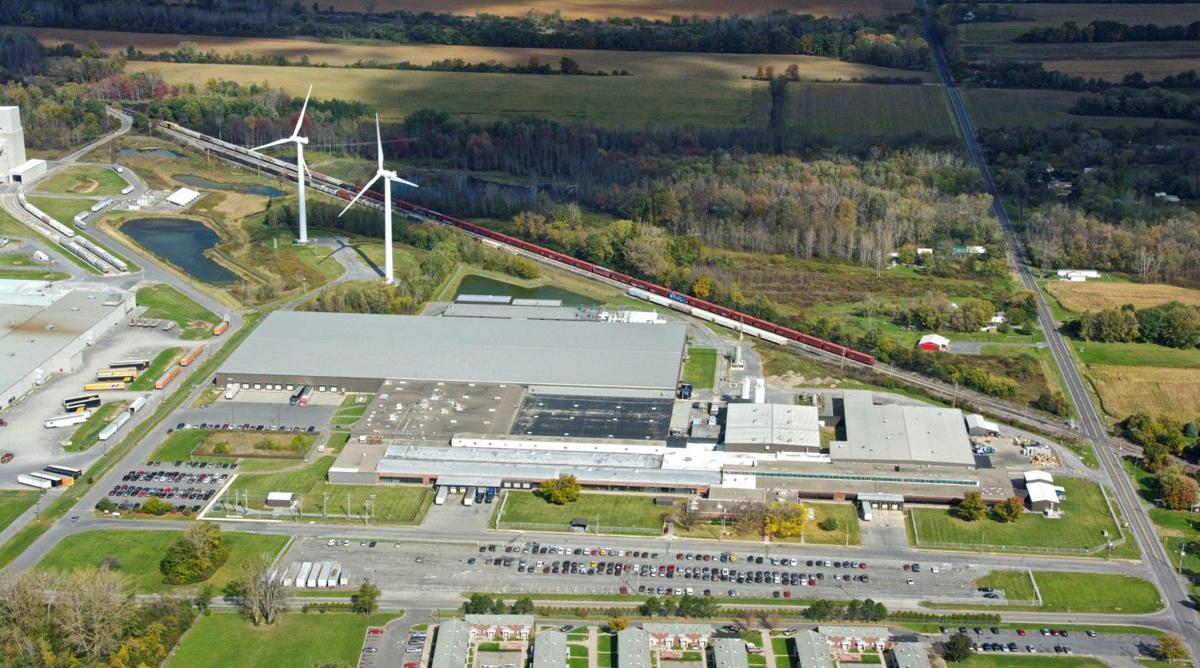 An aerial view of the Henkel manufacturing facility in Geneva, formerly Zotos. The company is adding production lines and 180 jobs at the Geneva facility. 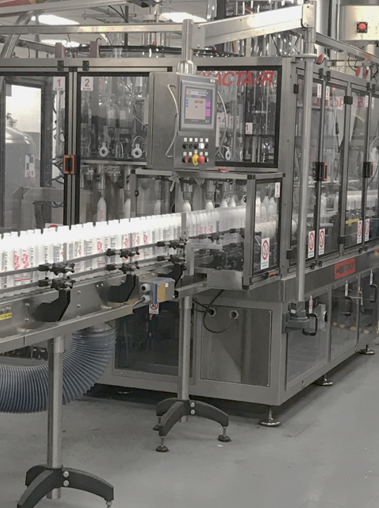 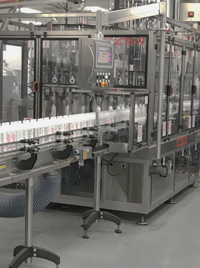 Some of the new production equipment that has been installed at Henkel, formerly Zotos International, in Geneva. 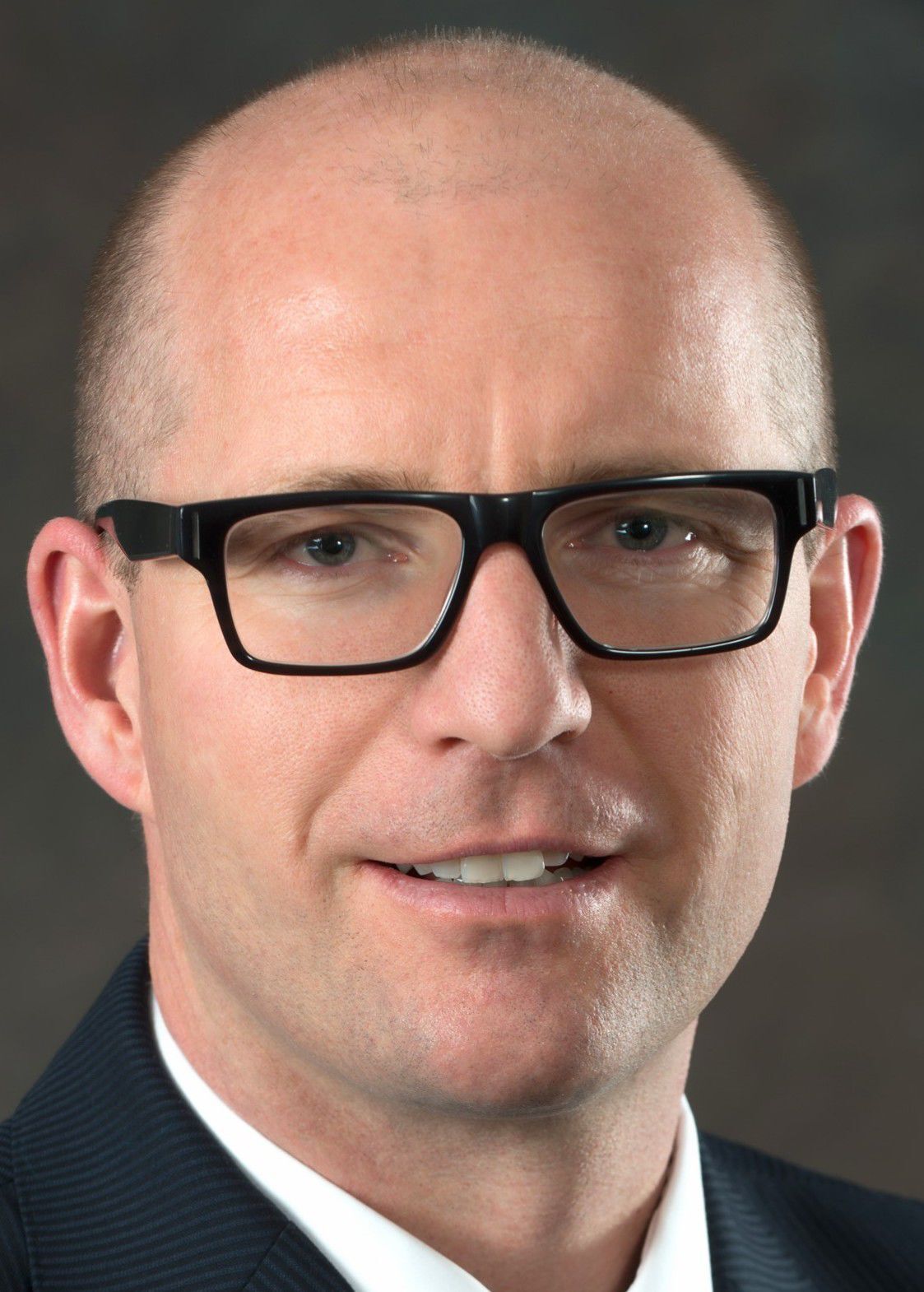 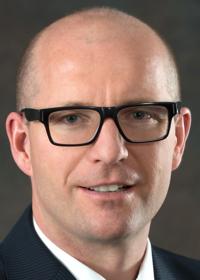 An aerial view of the Henkel manufacturing facility in Geneva, formerly Zotos. The company is adding production lines and 180 jobs at the Geneva facility.

Some of the new production equipment that has been installed at Henkel, formerly Zotos International, in Geneva.

GENEVA — It’s a new name for the company known for decades as Zotos, and with it, a $17.3 million investment in the Geneva plant that has manufactured haircare products for decades.

Henkel, a German-based company that purchased Zotos in late 2017, said it is adding 180 jobs by the end of the year to the 650,000-square-foot manufacturing and distribution center on Forge Avenue in the city.

“We’re going to be able to make a significant amount of the U.S. product here,” said Doug Parkinson, vice president of operations at Henkel’s Geneva facility.

The plant has been producing Dial liquid soaps and hand sanitizers since April and is ramping up production with the multi-million investment in the Geneva plant. Some aspects of the new technology are being installed in October and will be operational in November, said Henkel. The rest will be ready by June 2021.

“It’s customer demand (for the products)” that is driving the new Geneva production lines, Parkinson said. “It’s a testament to the Geneva facility.”

Parkinson said the production lines, which have more automated features, demand higher skill sets than many of the more traditional lines at the plant, allowing employees greater advancement opportunities.

That means opportunities for better wages as well, he noted.

It’s an “end-end process” at the Geneva facility for the new soap and hand sanitizer products, meaning they will be manufactured, packaged and shipped from the facility, Parkinson explained.

When fully operational, the new production lines will comprise about 45 to 55 percent of total production at the Geneva facility.

Hiring has been ongoing, he noted. The Geneva plant currently employs 600.

And while most companies investing that kind of money in an operation do so with a significant amount of government help, this investment is being fully borne by Henkel, according to Parkinson.

“Henkel has been outstanding to work with,” he said.

Henkel purchased Zotos from the Shiseido Company of Japan, which owned the company for 30 years. Henkel produces a number name-brand consumer goods, as well as many beauty-care products.

Parkinson said the expansion is great news for the Geneva plant, but also for the region’s economy, which, like most places across the nation, have seen big job losses because of the coronavirus pandemic.

The company said the re-branding from Zotos Professional to Henkel reflects the expansion of its operations beyond professional hair care products to supply essential products like antibacterial soap and hand sanitizers.

New signage will be installed at the Geneva plant later this year, said Parkinson.

Additionally, Henkel is investing $5 million in a wastewater treatment system that will “ensure a clean effluent stream, ultimately enabling reusable water as a pillar of our community sustainable strategy,” said Parkinson.

In 2011, Zotos invested $6 million to build two 1.6MW wind turbines that produce up to 20 percent of the power needed to run the plant, and on a windy day, enough for the entire operation.

In a press release, U.S. Sen. Chuck Schumer said: “There are now 180 new reasons to cheer every time we wash our hands thanks to the expansion of Henkel’s manufacturing facility in Geneva. This will lather up a major economic boost in the heart of New York’s Finger Lakes region by harnessing our skilled workforce to manufacture the sanitizers and soaps needed in our homes and workplaces during the pandemic, all while investing over $17 million to create 180 new jobs.”

Said Congressman Tom Reed, R-24 of Corning: “We are proud to work with Henkel on this fantastic investment in the Geneva community. Zotos, and now Henkel, are important parts of the manufacturing base in the region and we are thrilled to help more manufacturing jobs flow to the community.”

Henkel is hosting a drive-thru job fair on Tuesday, Sept. 22 from 10 a.m. to 1 p.m. at the Henkel Geneva site, 300 Forge Ave. The company said the drive-thru style is to “respect social distancing, as job seekers will not need to get out of their car. Resumes can be handed to recruiters, and job applications will be accepted onsite with the use of tablets.”

The company is recruiting for a variety of manufacturing professional roles. Interested candidates can also find the roles posted on Indeed.com and search for Henkel jobs.

About Henkel in North America