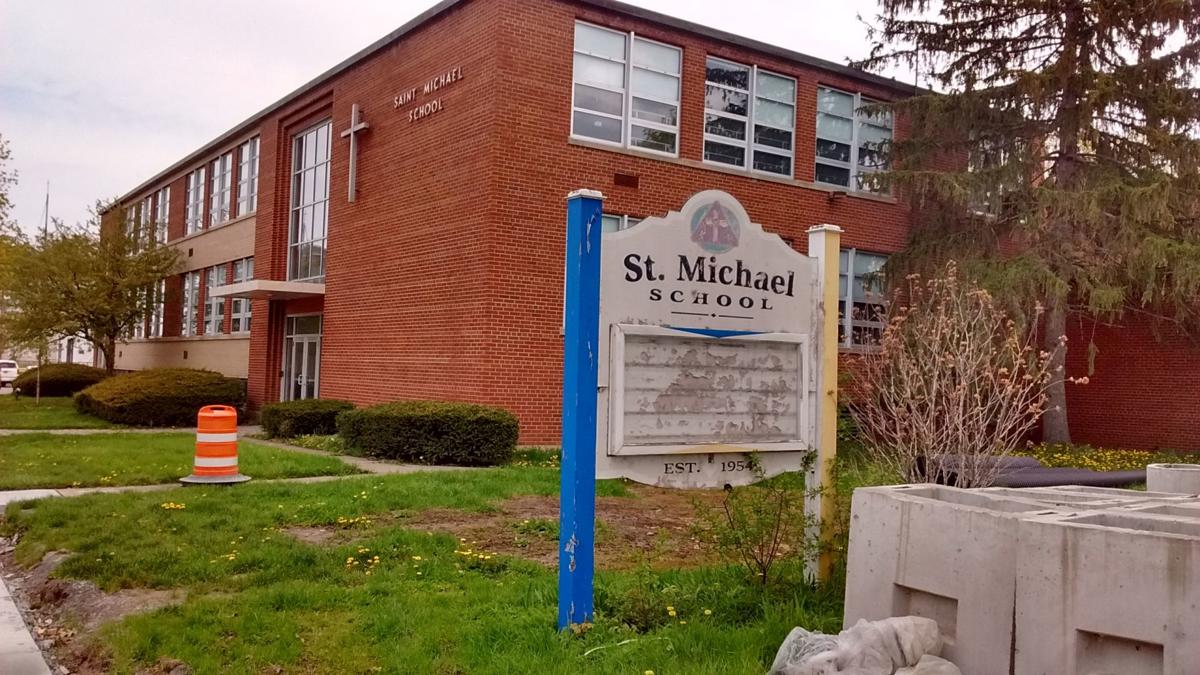 St. Michael School on South Main Street in Newark will become the new home for V Technical Textiles, which plans to bring its scattered operations under one roof at the former Catholic school.

NEWARK — The long-vacant St. Michael School on South Main Street is expected to have a new tenant soon.

V Technical Textiles, with locations in Newark and Palmyra, is close to a purchase agreement with the Roman Catholic Diocese of Rochester for the former Catholic school, which opened in 1954 and closed in 2011 because of declining enrollment and rising costs.

The move comes after a proposal by the Newark Housing Authority to convert the building into senior housing was dropped because of a lack of funding, according to Authority Executive Director Marie Wasman.

V Technical Textiles — a 13-year-old business owned by Jeanne Hoge — is a subsidiary of the German company Statex. It distributes conductive textiles made by Statex and manufactures products made from those textiles, including tents, shelters and pouches to antimicrobial clothing. It makes radio frequency-shielded enclosures and curtains for the government, test labs and universities.

DeCook said the purchase of the former school solves the growing company’s space issues. He said they currently are working out of multiple locations, including a manufacturing site in the former Newark Pennysaver building on South Main Street. They’ve also had to outsource some work because of space shortages.

“What I want to do is put as many eggs into one basket as I can,” DeCook said, adding that the former school will allow him to do that.

St. Michael has 30,000 square feet, including a gymnasium, which will be used for the manufacture of its large enclosures and tents, he said.

The village planning and zoning boards have approved use variances for the company’s manufacturing operations in this section of South Main Street, which has General Business District and Village Center Overlay District zoning, said Mark Peake, the village’s development director.

Mayor Jonathan Taylor said the non-conforming use of the manufacturer “is not going to change the character of the neighborhood a whole lot.”

The building needs some repairs, DeCook said, including fixing a leaky roof.

“I’m going to make a capital investment to bring this thing up to speed,” said DeCook, noting that Empire State Development will provide some financial assistance, as will the Wayne County Industrial Development Agency.

DeCook said he was thrilled to learn that many of the interior walls of the former school aren’t load-bearing, giving him greater space options for renovations.

He said V Technical Textiles considered spots in the village’s industrial park on West Shore Boulevard and near the new IEC Electronics location — yet to be built — in the Silver Hill Technology Park off of Route 88. He didn’t think either option was optimal.

“To grow this company, I almost had to leave the county,” said DeCook, who grew up in Port Gibson and lives in Arcadia.

The former school fits the bill, DeCook said, pointing to its access to downtown businesses and restaurants, as well as a major bus line — all good things for his employees and potential employees.

Taylor is happy to see a new use for the long-vacant school.

He said with South Main Street reconstruction well underway and new businesses moving downtown, the vacant school could have potentially been a blight on South Main Street, especially if it continued to sit unused.

“We’re pretty excited all the way around,” said Taylor. “It’s a huge win for downtown Newark. We didn’t want to have an empty building in the core of the community.”

DeCook plans to add a number of jobs as part of the consolidation of operations in the building and said V Technical Textiles is already prepping for the move.

“I’m lining up contractors currently to make sure we can hit the ground running,” he said. “We’ll start the move-in before the end of the year.”