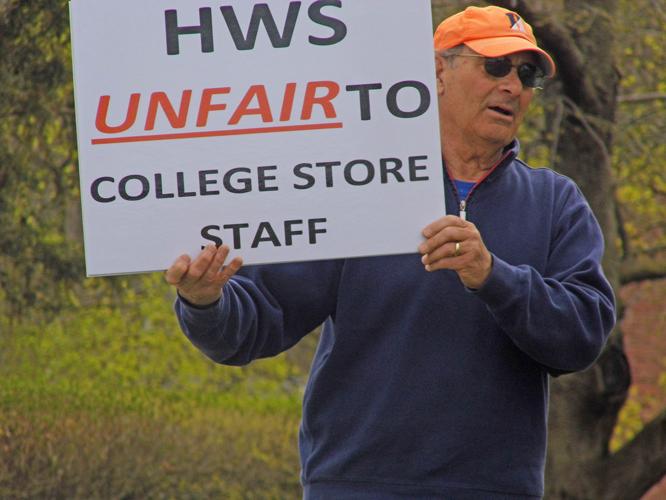 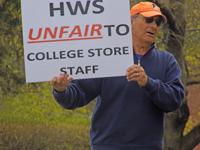 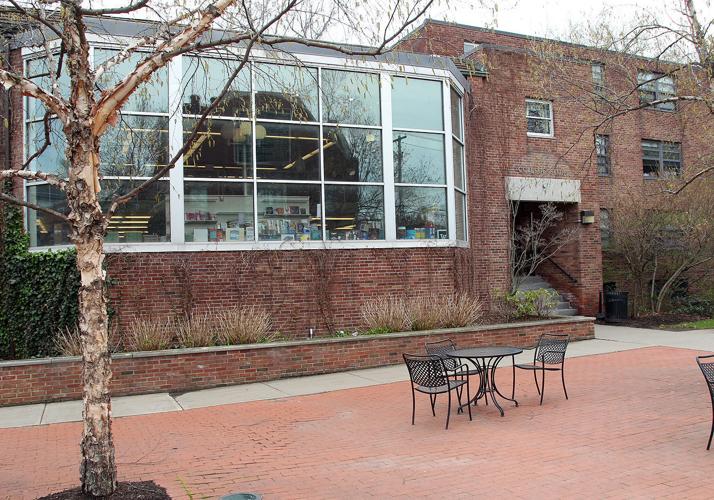 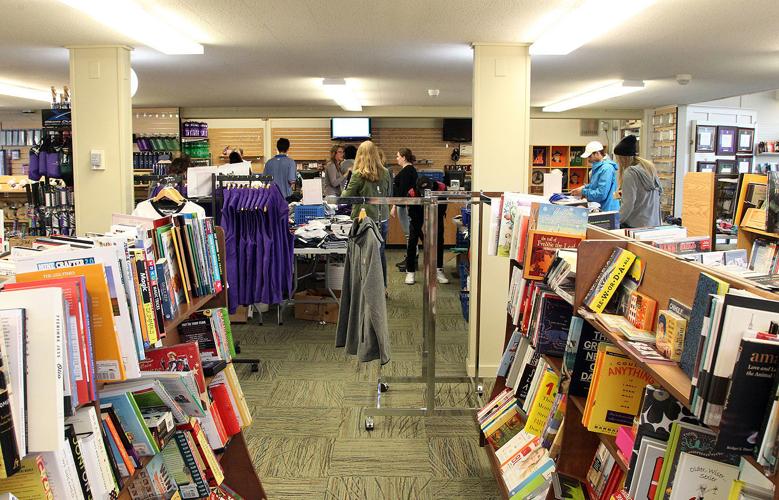 GENEVA — Liz Dean isn’t a student at Hobart and William Smith Colleges, but the College Store on St. Clair Street is her first stop when she’s looking for a book.

“I’ve been going there for a real long time,” said the Geneva resident.

That’s why she was surprised to learn that on May 31, the College Store — part of the HWS community going back nearly 100 years — will become a Barnes and Noble College operation.

Barnes and Noble College runs college bookstores throughout the country.

“It’s such a shame,” said Dean, who said College Store staff go out of their way to assist her quests for harder-to-find books.

And while she is a patron of places such as Stomping Grounds in downtown Geneva, which has a large variety of new and used books and other merchandise, the College Store is the city’s only true bookstore, she said.

“It’s the face of the Colleges for a lot of Geneva,” she said.

Ahead of the changeover to Barnes and Noble, most everything in the College Store is deeply discounted as it winds down as an HWS operation. Besides fiction and non-fiction books and textbooks, The College Store also sells all things HWS — from caps and clothing to pennants. Merchandise was moving fast on a recent visit.

Store manager Lucille Smart, who has led the operation since 2003, said she could not comment on the closing, and referred all questions to HWS administration.

“As part of an overall effort to enhance services, drive student success, and expand our ability to meet the changing needs of faculty, students, staff, alums and the local community, the Colleges have entered into a strategic partnership with Barnes and Noble College (BNC), a division of Barnes and Noble,” said HWS spokeswoman Cathy Williams by email. “BNC is a leader in course material accessibility and affordability for campus bookstore management, offering the industry’s largest inventory of used, rental and digital textbooks. Their expertise will further elevate the College Store while generating cost savings for students and building revenue for the Colleges.”

Williams called it a “fast-moving project with an implementation goal of June 1, 2019. At that time, BNC will assume responsibility for the College Store, including managing operations and merchandising, refreshing the store layout and creating a new retail website. The College Store will remain in its current location on St. Clair Street and will continue to serve the entire campus and greater Geneva community by providing a wide variety of products, including general books, textbooks, course materials and branded merchandise. The Colleges are proud to offer the community one of the only bookstores in the area and the public is always welcome.”

Dean isn’t the only one disappointed with the decision by HWS to turn over College Store operations to Barnes and Noble.

Former Hobart athletic director Mike Hanna has been staging protests on South Main Street after learning of the decision by administration to outsource bookstore operations. He said the move by HWS is part of a “pattern of mismanagement, and this is just the latest example.”

Hanna noted many of the College Store employees have served HWS for many years, sometimes decades, and that they “aren’t being guaranteed a job at Barnes and Noble or on campus.”

He said there are administrators on campus who “do not value relationships,” and because of this, they have created a “divisive” environment at HWS.

He said there is a lack of “civility, loyalty and respect for the people who work on the campus,” and pointed in particular to the Colleges’ Human Resources Department.

“Since undertaking this project, our priority has been to make certain that all current employees of the College Store have the resources and tools they need during the transition,” she said. “The Colleges are working with each of the eight affected employees one-on-one to ensure they have the opportunity to continue successful careers either through employment with BNC, at HWS in a different department, or elsewhere. So far, some College Store employees have received offers of employment from BNC and others have decided to pursue other opportunities.”

Additionally, there were ongoing discussions over the past couple of years to bring the College Store into the historic Dove Block building on Exchange Street downtown, but Jim Spates, president of the Arthur Dove Tribute Group Board of Directors, said the Colleges informed the group in January that it was no longer interested in a potential move.

“They’re not coming to the Dove Block,” said Spates. “That has been settled.”

The College Store, which has three levels at its St. Clair Street site, would have been the three-story Dove Block building’s main tenant.

Spates said the Dove Block group is “sad and disappointed (with the Colleges’ decision not to come downtown), but we have to go on.”

The group is selling the building, with hopes of reserving space dedicated to artist Arthur Dove, America’s first modernist painter, who enjoyed what many believe is the most prolific period of his career in the building.

Spates wishes the best for the College Store’s employees.

“The people who work in the bookstore are fine folks,” he said.

LEGAL NOTICE Notice of formation of Diagonan, LLC filed with

LEGAL NOTICE Notice of Public Hearing Village of Newark The