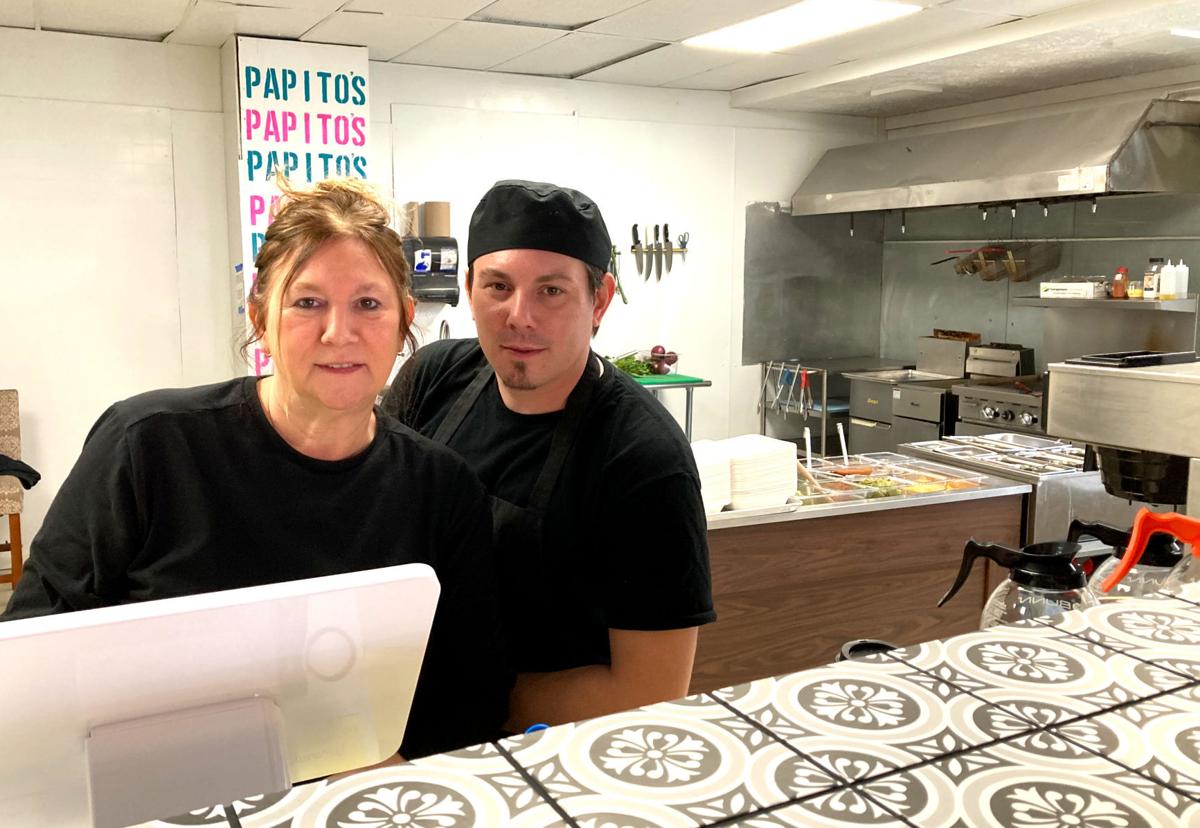 Toni Lese and Dean DeSain are the mother-son team that operates Papito’s Burritos at 1 Canal St. in Lyons. 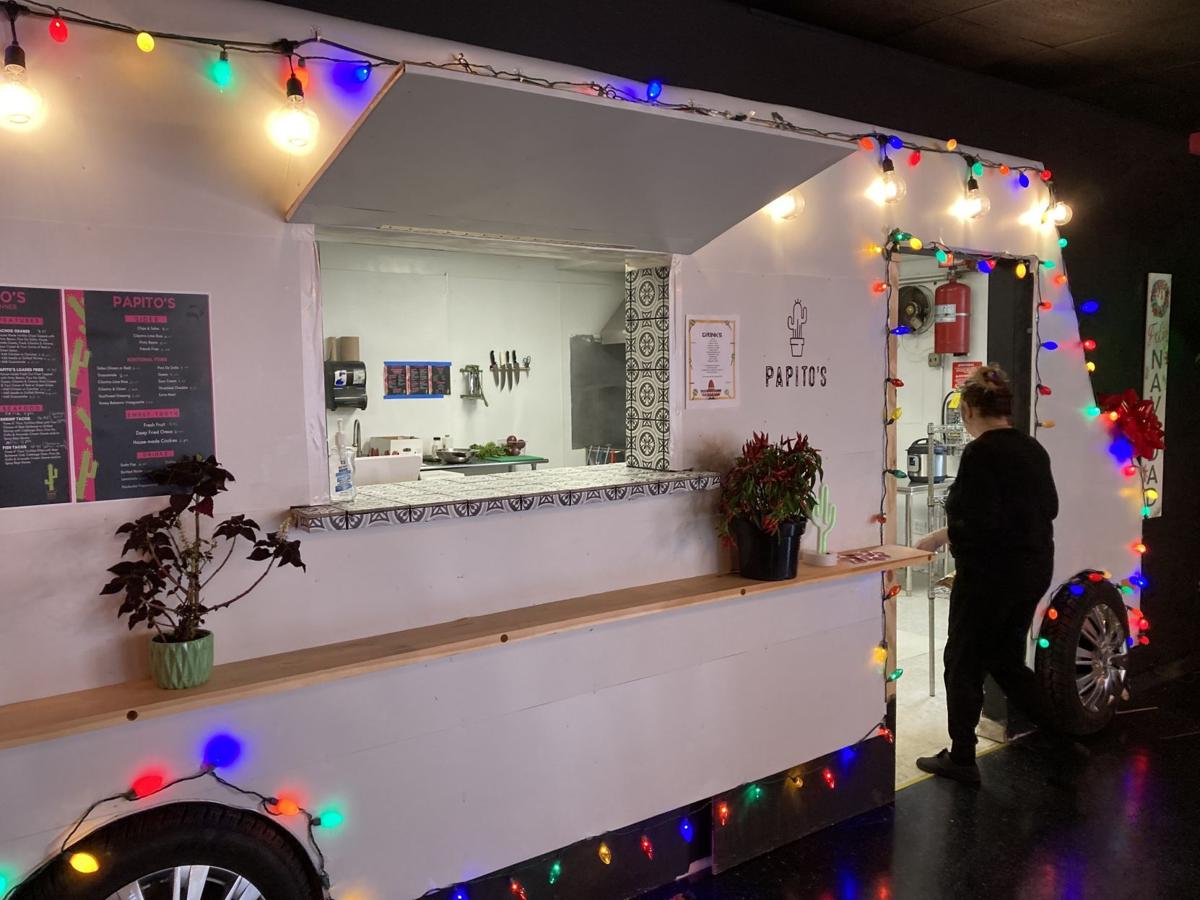 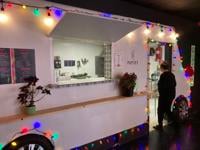 Nope, that’s not a real food truck inside Papito’s Burritos, a new restaurant in Lyons, but it’s meant to look like one. 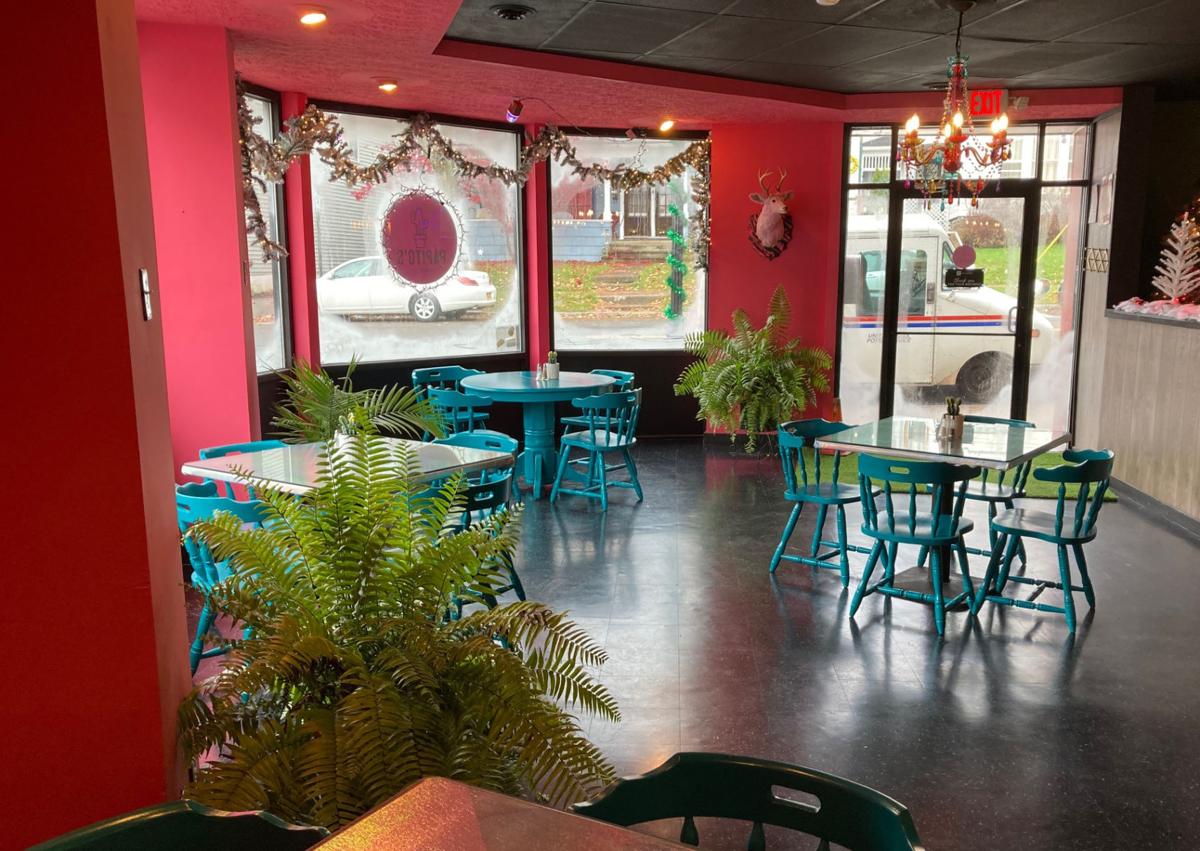 Papito’s Burritos can seat 52 in its spot at 1 Canal St. in Lyons, where a pizzeria once operated.

Toni Lese and Dean DeSain are the mother-son team that operates Papito’s Burritos at 1 Canal St. in Lyons.

Nope, that’s not a real food truck inside Papito’s Burritos, a new restaurant in Lyons, but it’s meant to look like one.

Papito’s Burritos can seat 52 in its spot at 1 Canal St. in Lyons, where a pizzeria once operated.

LYONS — Those who love the food truck experience but aren’t big on standing in the heat or the cold waiting for grub may want to consider a new spot at the top of Canal Street in downtown Lyons: Papito’s Burritos.

Inside the space at the corner of Canal and William streets is a food truck. Well, it’s not a real food truck, but it looks like one — right down to the real tires.

It’s something co-owner Dean DeSain saw while living in Los Angeles, where he fell in love with the street food vendors who used the freshest ingredients to make things such as tacos and burritos. The kind of food people line up to eat.

Now he’s joined up with his mother, Toni Lese, to open Papito’s Burritos. Lese has spent most of her working life in the restaurant business, including owning her own place on Canal Street several years ago called Toni Marie’s.

Son Dean spent a 14 years working as a female impersonator in Rochester before heading to L.A. to give television a crack while also working as a chef and prep cook.

He returned home in February and got back into the restaurant business at the Canalview Restaurant in Newark before teaming up with his mother.

The spot they chose was a long-time pizzeria, but neither knew anything about that business. However, DeSain knew a lot about tacos and burritos from living in L.A. and being married at the time to a Mexican man.

After working for six months on renovations under the direction of DeSain’s stepfather, Joe Snell, Papito’s Burritos opened its doors about three weeks ago.

“We enjoyed every minute of it (the renovations),” Lese said. “We knew what we wanted and we knew we could do it.”

The dining area has a section called the Frida Room, dedicated to famed Mexican artist Frida Kahlo, whom DeSain admires. The area features a couch for lounging, along with self-portrait prints of Frida.

They both emphasize that Papito’s is not a traditional Mexican restaurant.

“I would call it LA street food with Mexican inspiration,” DeSain said, pointing to its offerings of tacos, burritos, bowls and quesadillas, along with a traditional Friday night fish fry. “I took a little of everything I learned and made it my own.”

“His guacamole is amazing,” chipped in mom.

“Everything is made in-house,” DeSain stressed. “We have no freezers and no microwave.”

As for the food truck motif, he saw that on Hollywood Boulevard, where an actual truck was inside the restaurant.

The concept at Papito’s is to order at the “truck window” and pick it up when called, but Lese said as a long-time waitress, as well as cook, she can’t resist bringing the food to customers.

The restaurant is a true family affair. Also helping out is DeSain’s sister Hannah Prutzman and his cousin Michaela Shaffer.

“I’m pretty much the main cook and mom specializes in the fish fries,” he said.

DeSain and Lese are thrilled with the response to Papito’s, and also are pleased to be part of the downtown business scene, which they believe has potential to grow.

“Everyone in this downtown community works together,” Lese said.