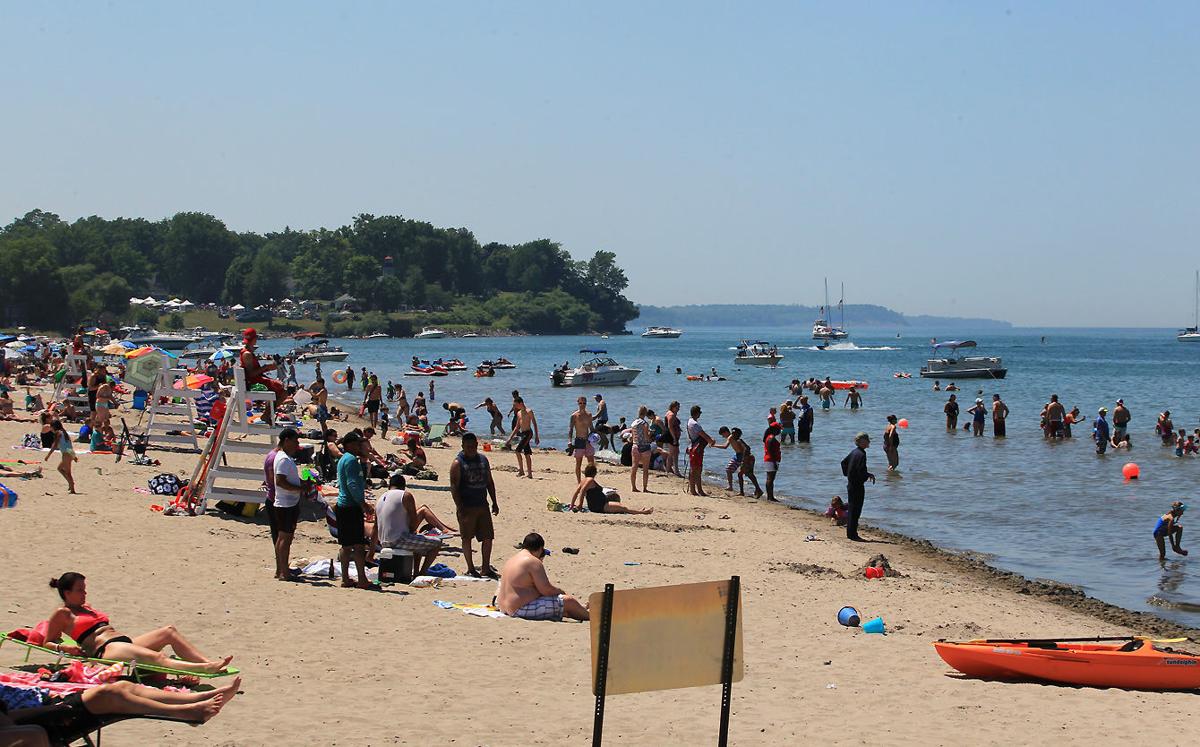 The beach at Sodus Point is a focal point of summer at the lakeside community. 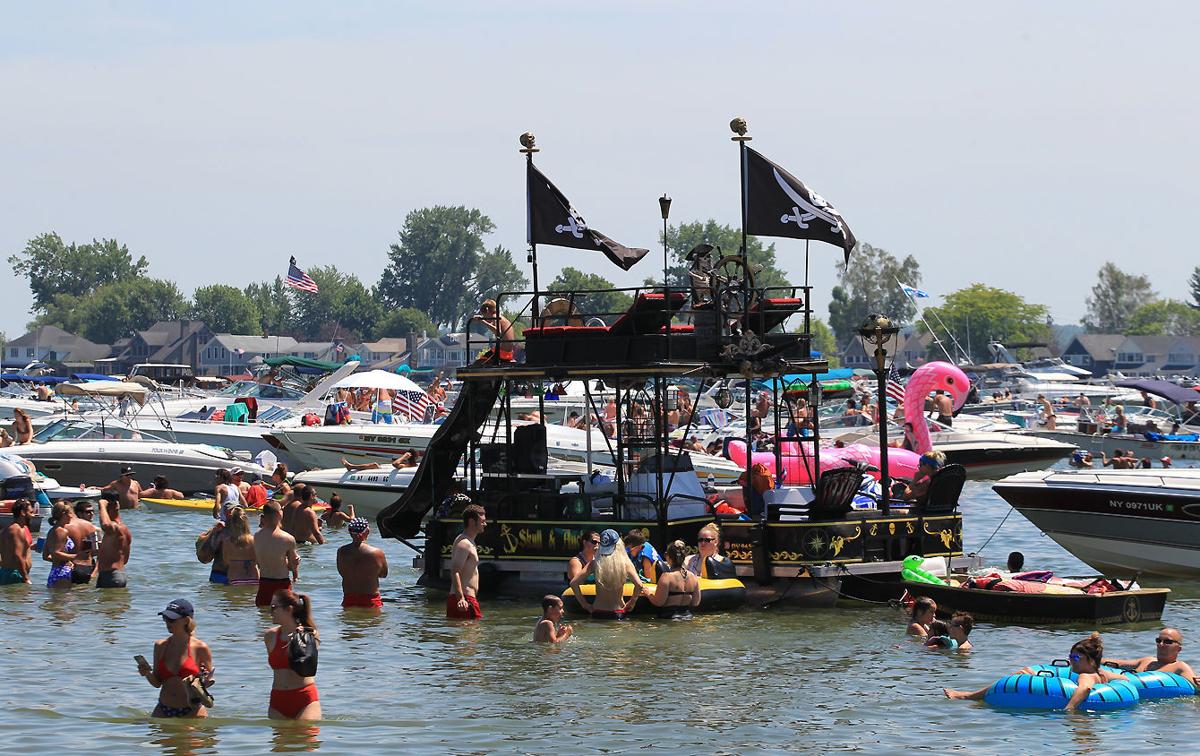 A favorite boater activity at Sodus Point is to drop anchor in Sodus Bay to enjoy a little swim and maybe a cocktail. 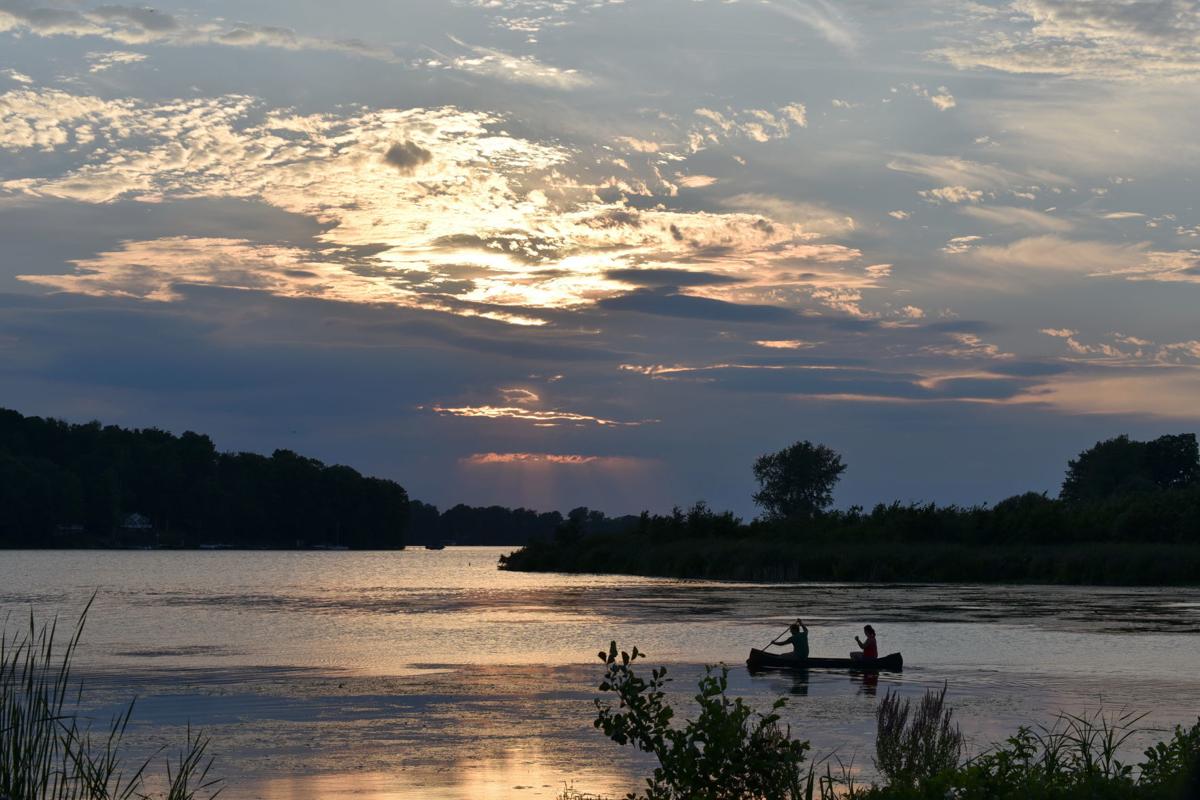 Sodus Bay is a gem on the Lake Ontario shoreline. Here, a couple enjoys a leisurely canoe journey on the bay’s east end. 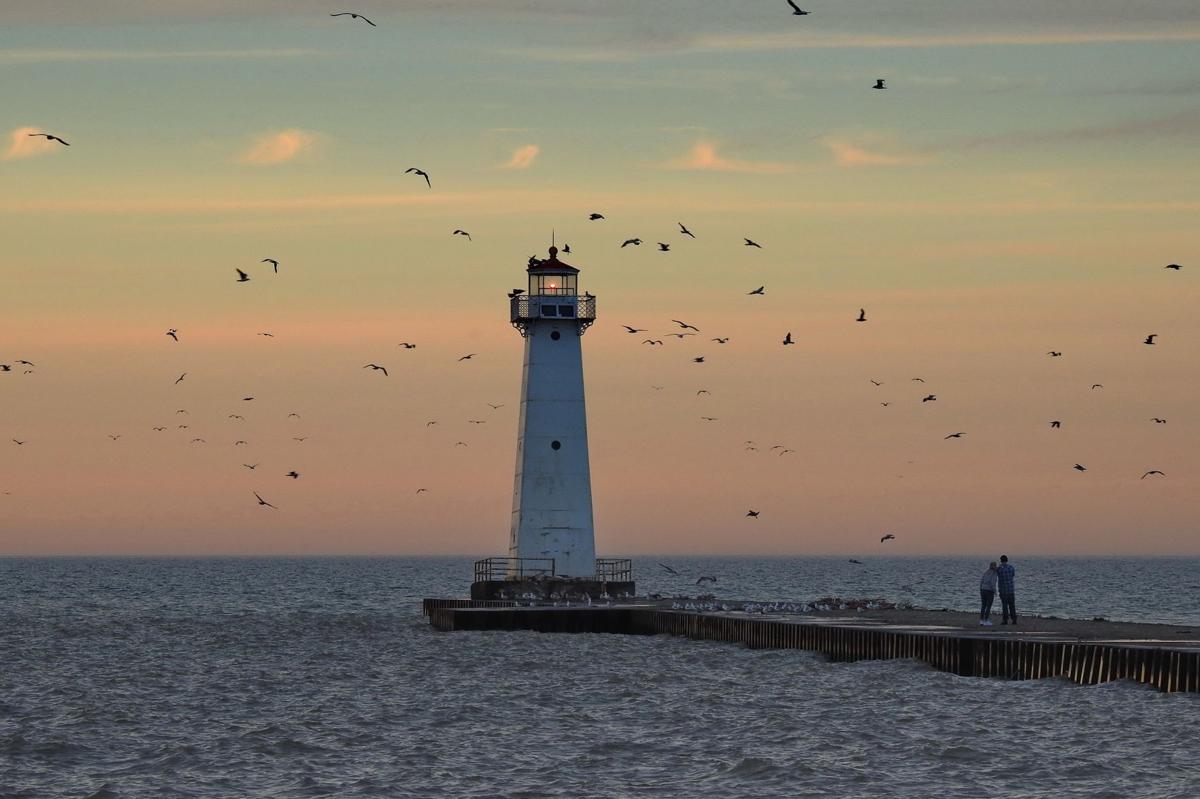 An iconic scene at the lighthouse on the pier at Sodus Point.

The beach at Sodus Point is a focal point of summer at the lakeside community.

A favorite boater activity at Sodus Point is to drop anchor in Sodus Bay to enjoy a little swim and maybe a cocktail.

Sodus Bay is a gem on the Lake Ontario shoreline. Here, a couple enjoys a leisurely canoe journey on the bay’s east end.

An iconic scene at the lighthouse on the pier at Sodus Point.

SODUS POINT — Even while Lake Ontario water levels are reaching record heights and lakeshore communities continue to fight the encroaching water, Sodus Point Mayor Dave McDowell is confident his resort community will not only overcome the struggle but will deliver its usual dose of summertime excitement.

{span}He wants to assure folks from around the Finger Lakes that high lake waters won’t hold back his resilient village.{/span}

I fact, McDowell said recently, “Now is the perfect time to plan your summertime adventures in Sodus Point.”

“By now you have heard that we are experiencing high water levels out here in Sodus Point,” McDowell continued. “But rest assured that the flooding is localized in a few areas and under control. This is nothing like 2017. The lake is expected to return to more-normal levels within a few weeks — so no need to hesitate. The doors to our many friendly businesses are open and ready to welcome you — today, tomorrow, next week or any time.”

The great thing about Sodus Point, said McDowell, is that having fun doesn’t necessarily mean emptying your wallet.

Sure, you can dine bayside at one of the area’s fine restaurants — and even those are moderately priced — but there’s lots of free family fun as well, he noted.

Families can enjoy the well-groomed county beach at Sodus Point Park and grill by the covered picnic tables. Nearby, you can launch your boat for free.

For the kids, there are two playgrounds, one on the beach and the other near the Information Booth on Greig Street. The booth will be open on weekends starting Memorial Day weekend. After Father’s Day, it will be open seven days a week, from 10 a.m. to 5 p.m.

You can also take the kids fishing, launch a kayak or canoe, or spend a leisurely day just sitting on a bayside bench and watching the ducks, geese and swans swim by, village officials said.

The July Fourth holiday is a big deal at the Point, with the Sunshine Car Parade on July 3 and ending with an impressive fireworks display starting at 9 p.m.

One of the village’s most popular attractions, the Sodus Bay Lighthouse Museum, is now open. The well-attended free summer concert series featuring top-notch musical entertainment, presented by the Sodus Bay Historical Society, kicks off on Thursday, July 4, and then runs every Sunday from July 7 through Labor Day weekend, Sept. 1. The music plays from 2 to 4 p.m., and those attending should bring seating and sun protection. Refreshments are available at their concession stand. For more information, visit its website, sodusbaylighthouse.org, or call (315) 483-4936.

For those who boat and/or fish, Sodus Bay and Lake Ontario are the perfect choice. For competitive anglers, there are a number of tournaments for bass, salmon, lake trout, brown trout and walleye. You can check conditions and learn more about tournaments at fishsodusbay.com.

For sailors, Sodus Bay Yacht Club, founded in 1893, sponsors races all summer long, and you can find out more information at sbjsa.org.

Mary Jane Mumby, publicity chairman for the Sodus Chamber of Commerce, notes that Sodus Point has some its history depicted in several pieces of public art.

“You can enjoy the huge coal trestle mural located on the side of the old Genesee Malt House (Route 14),” she said. “There are also three murals on the Sodus Point Fire Hall showing the history of the Point, depicting early Native Americans, the Battle of Sodus Point fought in 1813 during the War of 1812 and the Underground Railroad. There are several murals on the inside of Captain Jack’s and Stegar Haus (restaurants) as well,” she said.

The Lighthouse Museum also has many displays depicting the bay’s history, including its time as a Lake Ontario shipping port.

And no trip to the bay region is complete without a visit to one of the region’s natural gems — Chimney Bluffs State Park. And while you’re in the neighborhood, stop in to see the folks at the award-winning Thorpe Vineyard, on the Lake Ontario Wine Trail, which also includes Wayne County wineries, distilleries and cideries. For more information, go to lakeontariowinetrail.com/members/wineries.

Visitor lodging options are plentiful, according to the village. Whether you want to spend the summer, a week, a weekend or even just overnight — Sodus Point has numerous vacation-rental options. Learn more at waynecountytourism.com.

For more information, contact the village of Sodus Point at soduspoint.info or the Sodus Chamber of Commerce at sodusny.org or email chamber14551@yahoo.com.