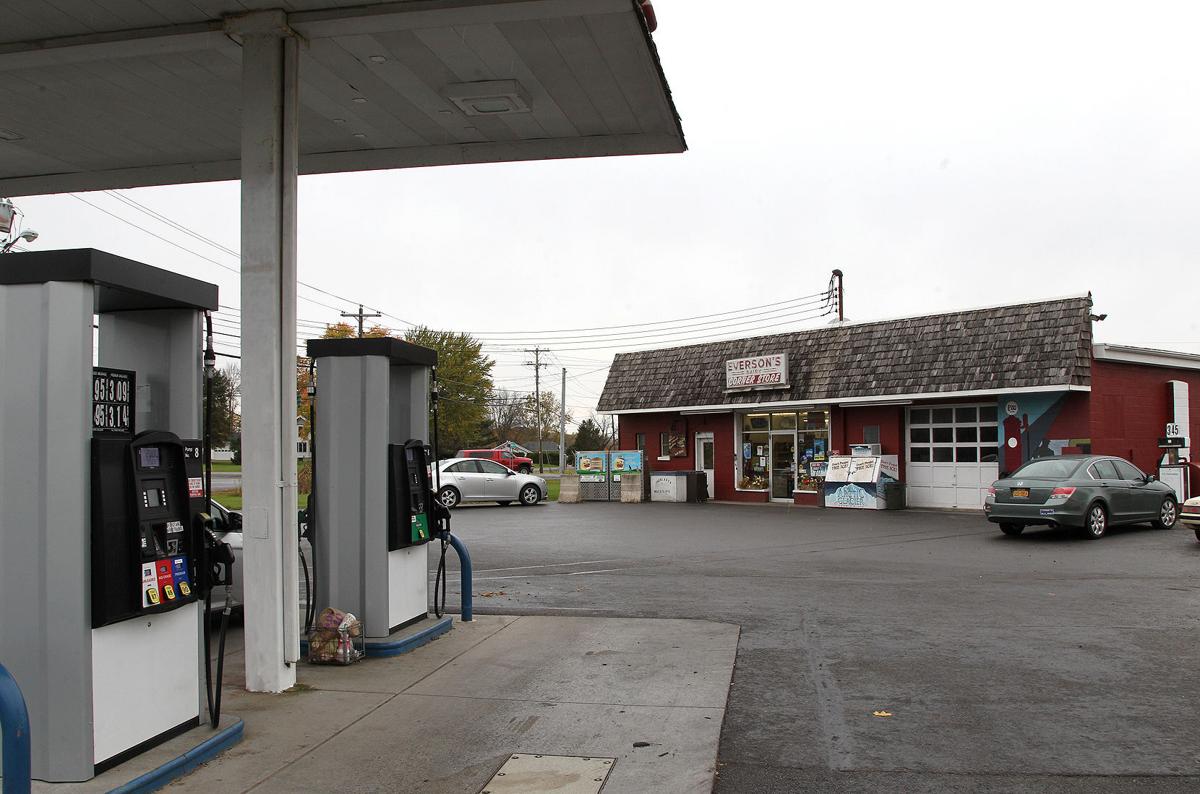 Everson’s Dairy/Corner Store, near the intersection of Kendall Street and Route 96 in Clifton Springs, is one of dozens of businesses in Ontario County that sell gas. A proposal in the state Legislature could hike gas taxes by as much as 55 cents a gallon.

ALBANY — State Sen. Pam Helming is leading an effort to fight against a proposed bill in the Senate and Assembly that could raise the cost of a gallon of gas by as much as 55 cents and raise prices for heating oil and natural gas.

The bill, discussed at a Senate hearing Tuesday, is designed to help the state meet its green energy goals.

The back and forth over a potential gas hike was emblematic of the hard choices that decision-makers and New Yorkers will need to make in coming years if the state is to meet the greenhouse gas reduction goals set out in the landmark 2019 bill, the Climate Leadership and Community Protection Act. That law calls for cutting carbon, or greenhouse gas emissions, 85% from its 1990 levels by 2050. It also calls for the state to have 70% renewable electricity by 2030 and zero-emission electricity by 2040.

But it doesn’t explain how to pay for that goal, which most agree will require large upfront investments to shift from fossil fuels such as diesel, gasoline and natural gas to renewables like wind and solar.

To help meet the goal, Brooklyn Democratic Sen. Kevin Parker, who chairs the energy and telecommunications committee, has proposed a wide-ranging carbon tax on manufacturers as well as providers of fossil fuels such as motor oil. The Climate and Community Investment Act, or CCIA, would in 2022 levy a charge of $55 per ton of fossil fuel emissions from all sources, which would include factories, schools, and the use of gasoline.

Many state business leaders oppose the legislation, and it’s unclear if there is enough support for the bill in either the Senate or Assembly, both of which are controlled by Democrats.

Helming said that according to Kiplingers, New Yorkers already pay the third-highest gas tax in the nation. Additionally, the Tax Foundation said the state has the third-worst business tax climate in America.

“New York is already experiencing an exodus of people, jobs and economic opportunities because of the state’s worsening tax climate,” Helming said. “This exodus will only accelerate if this proposal becomes law. It’s time to pump the brakes on Albany’s appetite for higher taxes, and I will aggressively lead the opposition to this bill. I urge New Yorkers to join me by signing the petition on my website.”

Part of the gas tax discussion revealed the perennial split in New York politics between New York City and suburban and upstate voters. Many city residents don’t own cars and don’t buy gasoline, while suburbanites and upstate residents view their cars as a necessity.

Lawmakers, including several Democrats from suburban Long Island, said a 55-cent-per-gallon gasoline price hike would be a hard sell for constituents.

“What do we say to those people who are just trying to get by?” asked Long Island Democrat Todd Kaminsky, who chairs the Senate environmental committee. “That would seem to be a very scary number,” he later added.

Others, though, including a number of climate activists, said they believe the increase could be offset by energy efficiency in other areas and that the ramifications of climate change justify the increase.

Still, lawmakers were worried about the impact at the pump, saying that relatively few of their constituents were able to afford electric vehicles at this time.

Helming said constituents who share these concerns can voice their opposition to the legislation by signing Senator Helming’s petition at nysenate.gov/petitions/pamela-helming/time-pump-brakes-gas-tax.