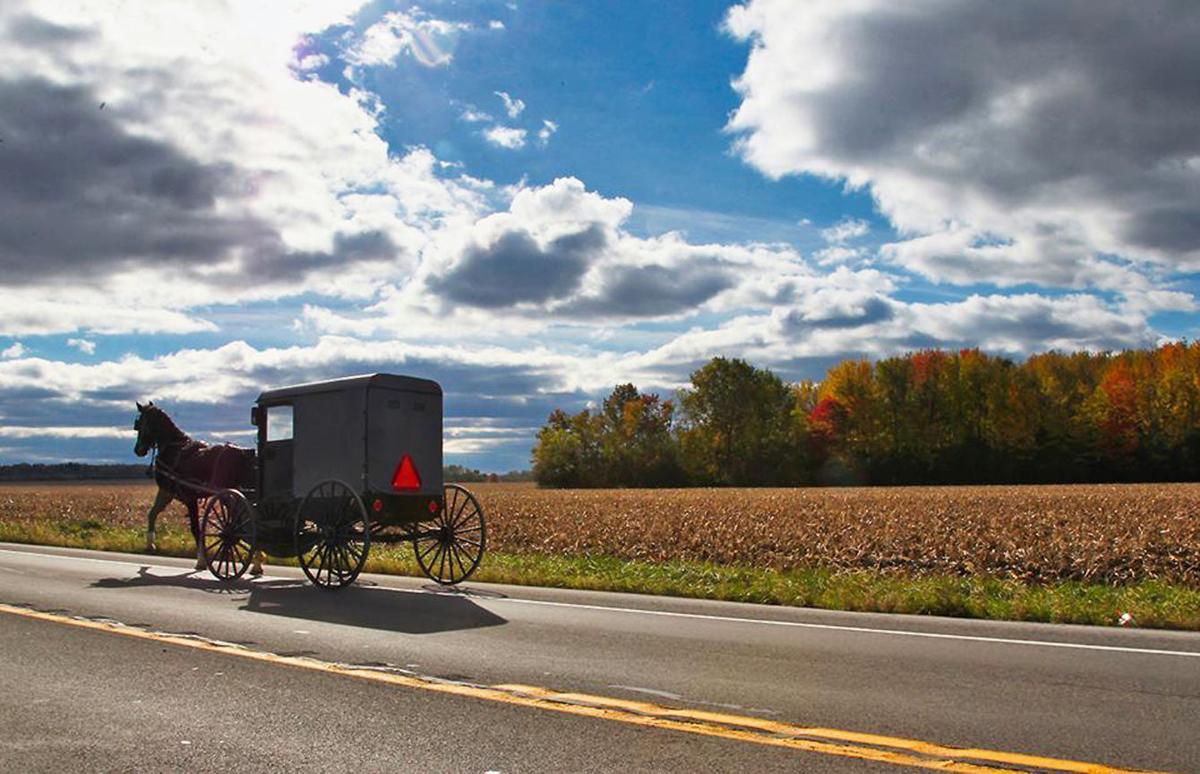 An Amish horse and buggy make their way south on Route 96A in Seneca County. Seneca County Public Health Director Vickie Swinehart said the Amish population’s reluctance to get a COVID-19 vaccine is one reason why the town of Romulus ranks second in New York state as having the lowest percentage of vaccinated residents. 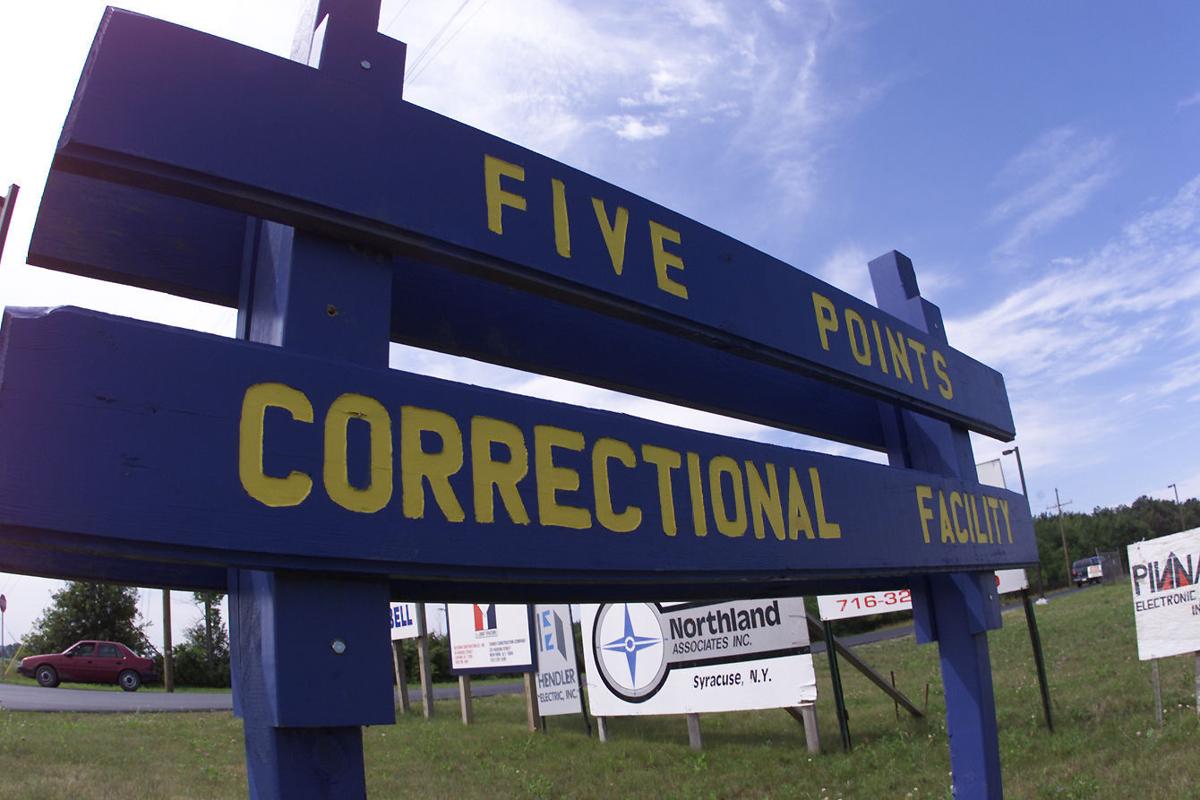 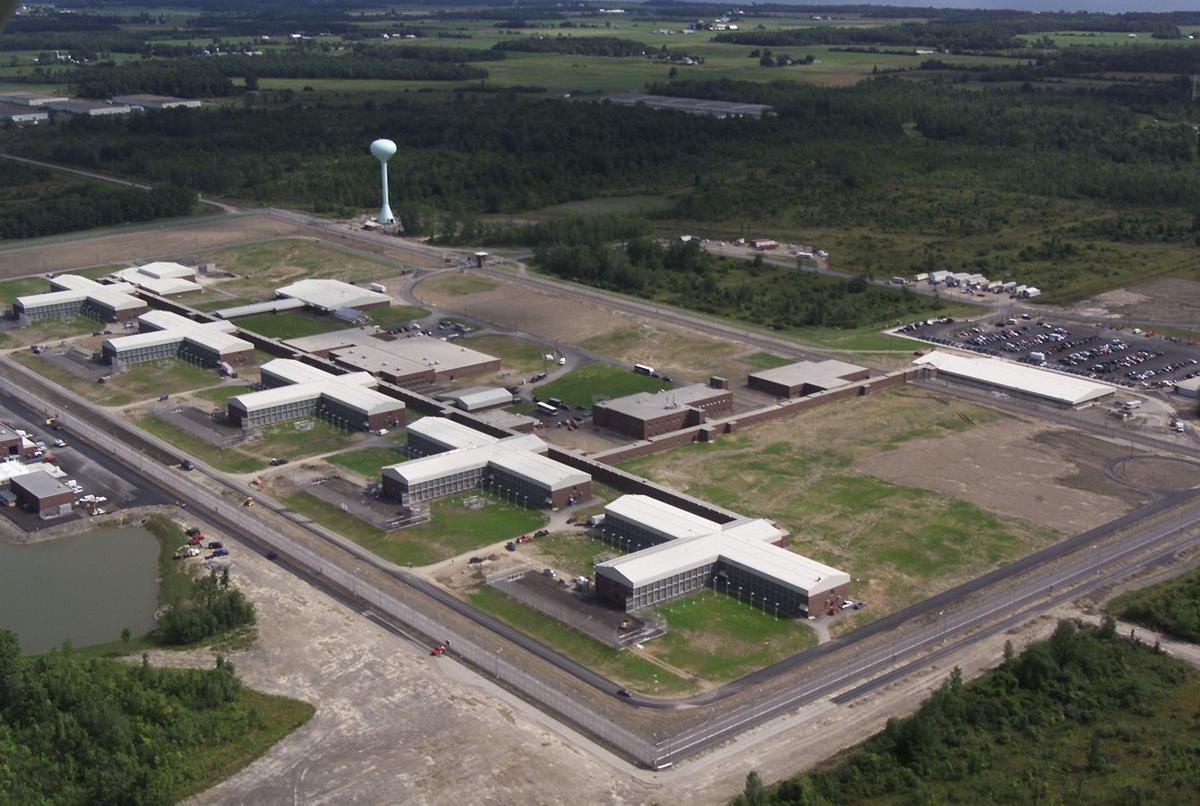 An aerial view of Five Points Correctional Facility in Romulus taken in 2000.

An Amish horse and buggy make their way south on Route 96A in Seneca County. Seneca County Public Health Director Vickie Swinehart said the Amish population’s reluctance to get a COVID-19 vaccine is one reason why the town of Romulus ranks second in New York state as having the lowest percentage of vaccinated residents.

An aerial view of Five Points Correctional Facility in Romulus taken in 2000.

ROMULUS — Five Points Correctional Facility inmates and a swelling Amish population — both reluctant to take the COVID-19 vaccine — are contributing to this Seneca County town’s ranking as the having second-lowest percentage of vaccinated residents in New York state.

As of June 9, just 21.9% of Romulus’ population had been vaccinated fully, compared to 37.2% for all of Seneca County and 59% for the entire state. The numbers come from the state’s vaccination tracker.

Seneca County Public Health Director Vickie Swinehart said her agency continues to hold clinics throughout the county, including rural areas like Romulus, Ovid and Lodi. However, it is not simply a matter of redeploying resources where the numbers are low, as Gov. Andrew Cuomo suggested earlier this week.

According to the state Department of Corrections and Community Supervision, just one-third of the 983 prisoners at Five Points have chosen to be vaccinated. Although they are counted as residents of the town of Romulus, DOCCS is in charge of vaccinating inmates. Swinehart has no role in that; in fact, the number of vaccinated and unvaccinated inmates are not reported to her. That information, according to DOCCS spokesman Thomas Malley, is sent to the state Department of Health. Swinehart said DOH does not pass it on to county officials.

Although DOCCS has completed clinics at all of New York’s prisons, Malley said it is “re-polling all facilities for interest in receiving the vaccine and have additional clinics scheduled for next week.”

COVID-19 cases have been reported in 44 of the state’s 52 prisons since the outbreak of the pandemic. As of June 9, there have been 6,593 inmates with positive cases; 35 have died. For security reasons, DOCS is not disclosing information on the specific facility where the confirmed cases were located.

According to statistics provided by Elizabethtown College in Pennsylvania, a school that has an Amish studies program, there are nearly 1,100 Amish residents in Seneca County, and that number steadily increases each year. Almost all of them are centered in the Romulus/Ovid area, and they live in seven different church districts. While there are no statistics specifically reflecting vaccinations among the Amish population, Swinehart said that she and her staff have not seen any Amish residents attend the county’s vaccination clinics.

The county has advertised the clinics in two local Amish publications and provided information about the safety and the benefits of getting vaccinated to the churches and other places the Amish frequent. There are clinics scheduled at area farmers’ markets and one being set up at Sampson State Park, Swinehart said.

“They haven’t come to our clinics, but some may have gotten the vaccinations elsewhere, from pharmacies or private doctors,” Swinehart said. “The Amish are not totally against vaccinations, but they tend to pick and choose. They do use the health department for routine vaccinations for their children. They are mandatory if they ride public school buses.”

Officials from Elizabethtown College indicated that many members of Amish communities have the mindset that people get sick and then get better — or not — and there is little they can do to keep bad things from happening. It somewhat explains their reluctance to get vaccinated. And, non-Amish are more on board with preventive medicine, while the Amish may look for holistic cures for illnesses as they occur.

Elizabethtown officials give the example of Holmes County, Ohio, where nearly half the population is Amish. While childhood vaccinations have increased in Ohio’s Amish communities in recent years, adults remain more hesitant. They estimate those who have been vaccinated to be in the single digits.

Swinehart said she knows of Amish people in Seneca County who had COVID-19; all of them recovered, she added. It may be another reason that most aren’t interested in vaccinations: They are not perceiving it as an illness that is any more serious than the flu.

It’s not just Amish reluctance in rural areas. A recent poll from the Kaiser Family Foundation found three in 10 rural residents will “definitely not” get a COVID-19 vaccination.

Even without having to deal with a maximum-security prison in Romulus, it’s still a lot for Swinehart and her agency to overcome to increase the numbers of people being vaccinated. It’s not as if she can simply set up a clinic in Romulus and expect the Amish to put aside their reservations. All the county can do is to keep offering information and the opportunity to be vaccinated.

“Ultimately, the more shots we can get into arms, the better,” she said.

Romulus is second on the state list for low vaccination rates. Other towns and ZIP codes on the list are there for many of the same reasons, especially when it comes to the influence of religious beliefs.

Communities where conservative religious groups live — in northern and western New York, Amish and Old Order Mennonites, and in Rockland County and Brooklyn Hasidic Jews — are resistant to vaccinations too.

Monsey, in Rockland County, which is No. 1 on the list for having the lowest percentage of vaccinated residents, has a large population of Hasidic Jews. Additionally, most of these religious groups largely have ignored mandates to wear masks and limit social interaction throughout the pandemic.