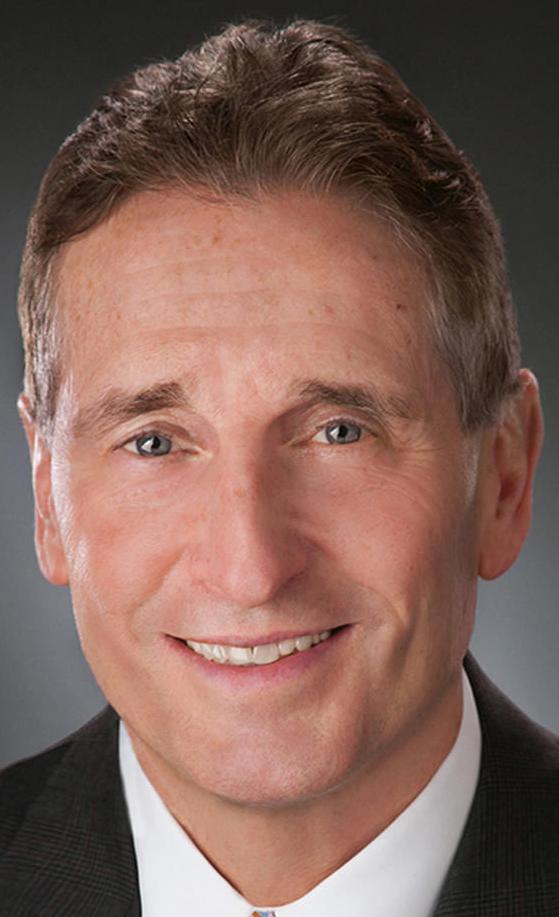 ROCHESTER — Bob Duffy said he won’t be making the decision on when more of the Finger Lakes economic development region’s businesses can reopen from a shutdown that has caused thousands of layoffs across the state.

That is ultimately Gov. Andrew Cuomo’s call, Duffy said in a web conference with reporters from the region on Tuesday.

Duffy, currently president and CEO of the Greater Rochester Chamber of Commerce, said his charge is to “ask questions, listen and pass on to the governor’s team.”

Cuomo has outlined a phased plan to reopen the state, starting with the construction and manufacturing industries, which he said present lower risks when it comes to the spread of the coronavirus.

That reopening could happen in some regions as early as May 15, Duffy noted.

Cuomo announced later Tuesday that he has created a New York Forward Re-Opening Advisory Board to help guide the state’s reopening strategy. The board includes over 100 business, community and civic leaders from industries across the state.

Duffy said he has been speaking with representatives of business and government, as well as health officials in the nine counties in the Finger Lakes economic development region to get their input.

Everyone wants the economy restarted, Duffy said, noting the economic free-fall caused by the shutdown of so many businesses has left gaping holes in local and state budgets because of declining revenues.

“Every day a business is closed there’s no sales tax for the state or the county,” said Duffy, who is also a former Rochester mayor and police chief.

He said state Comptroller Tom DiNapoli is projecting a $13 billion gap in the state budget.

“That just grows by every day, week and month,” Duffy said, adding governments and school districts will have to make cuts, even if additional federal dollars come to New York to help address shortfalls.

The challenge, he said, is bringing people back to work while minimizing the risks of employees getting infected. Both employees and employers share that concern.

Duffy expects that after construction and manufacturing get back to work on May 15, or somewhere near that date, another round of business openings will come about two weeks later.

His suggestion to businesses is that they begin preparing for reopening, including outlining the steps they need to take to protect customers and employees.

But he believes businesses should examine whether they need to bring everyone back into the office.

“I think we reduce the infection rate by keeping remote working going,” he said.

Duffy said Cuomo has ably managed the coronavirus outbreak, which has killed over 17,000 statewide, with New York City the epicenter of the outbreak in the United States.

At his press conference on Tuesday in Syracuse, where Cuomo was visiting Upstate Medical Center, part of the State University system, the governor concurred. Data, not emotion, must be the basis for decisions to restart the economy.

“We want to do it, but we want to do it without infecting more people” and putting additional burdens on the health system, Cuomo said.

On Tuesday, Gov. Andrew Cuomo outlined additional guidelines for the phased plan to reopen the state on a regional basis:

Decline in hospitalizations: Based on Centers for Disease Control recommendations, once a region experiences a 14-day decline in the hospitalization rate, they may begin a phased re-opening.

Industries: After the phase one reopening of construction and manufacturing functions with low risk, there will be a phase two opening of certain industries based on priority and risk level. Businesses considered “more essential” with inherent low risks of infection in the workplace and to customers will be prioritized, followed by other businesses considered “less essential” or those that present a higher risk of infection spread. Regions must not open attractions or businesses that would draw a large number of visitors from outside the local area.

Business precautions: Each business and industry must have a plan to protect processes that lower risk of infection in the business.

Building healthcare capacity: To maintain the phased reopening plan, each region must have at least 30 percent of hospital beds and ICU beds available after elective surgeries resume.

Testing: Regions must implement a testing regimen that prioritizes symptomatic persons and individuals who came into contact with a known COVID-positive person and conducts frequent tests of frontline and essential workers. Regions must maintain an appropriate number of testing sites to accommodate its population and must fully advertise where and how people can get tested. The region must also use the collected data to track and trace the spread of the virus.

Tracing system: There must be at least 30 contact tracers for every 100,000 people. The region must also monitor the regional infection rate throughout the re-opening plan.

Isolation facilities: Regions must present plans to have rooms available for people who test positive for COVID-19 and who cannot self-isolate.

Regional coordination: Regions must coordinate the reopening of schools, transportation systems, testing and tracing with other surrounding regions.