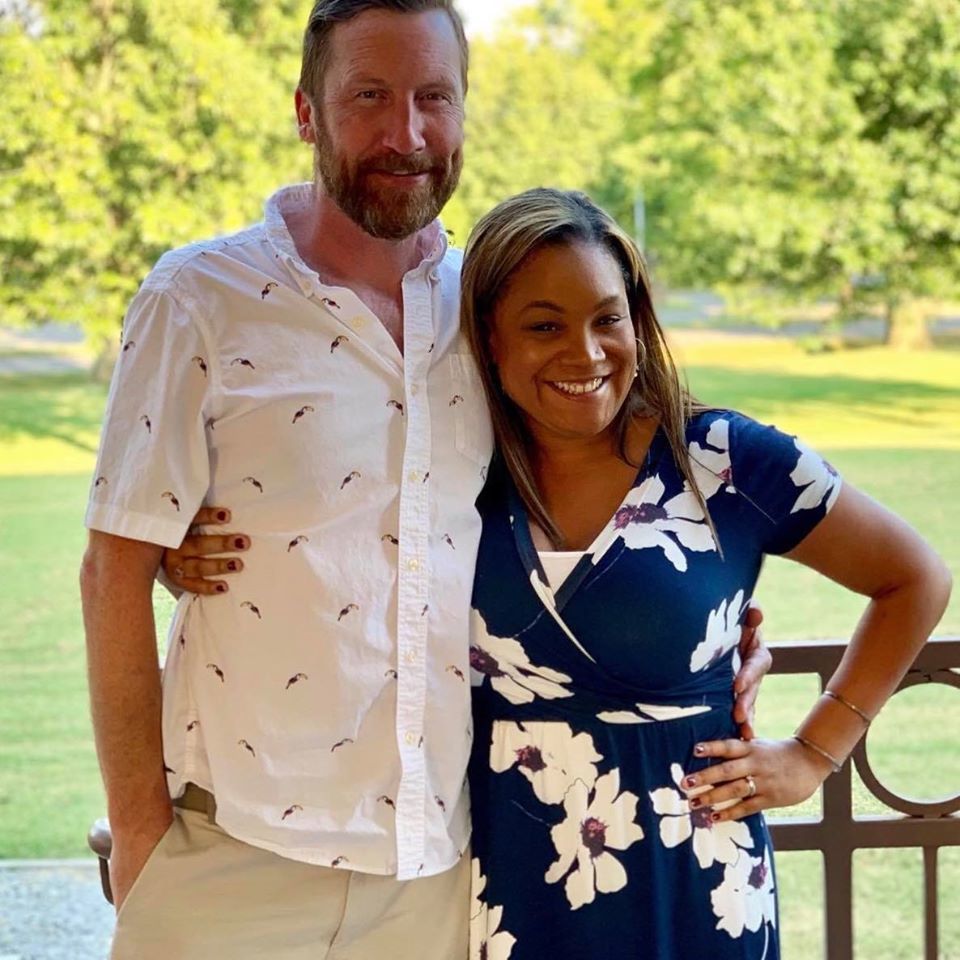 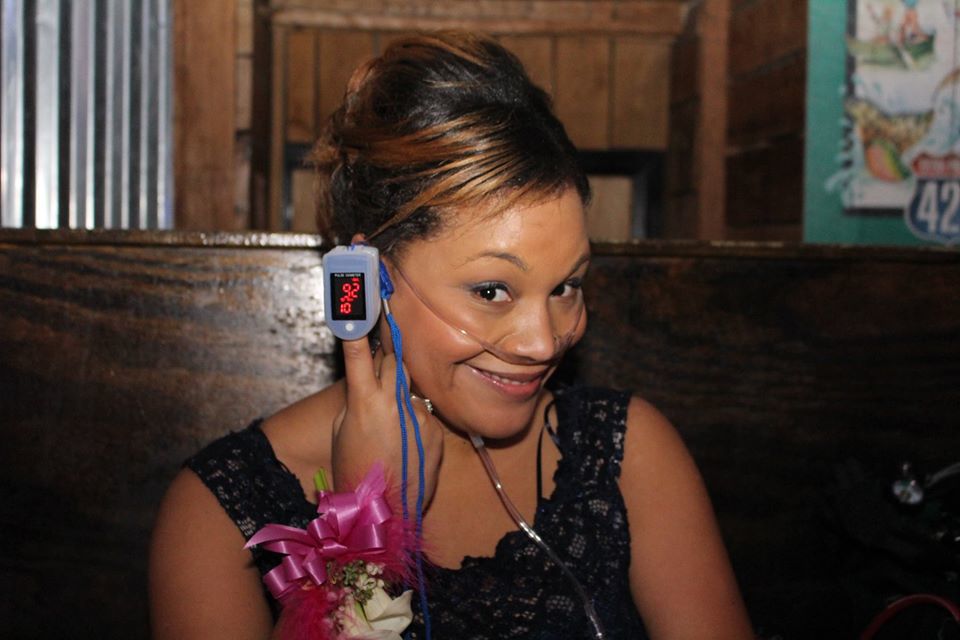 Sara Smith holds up her pulse oximeter during a LAM fundraiser three years ago. 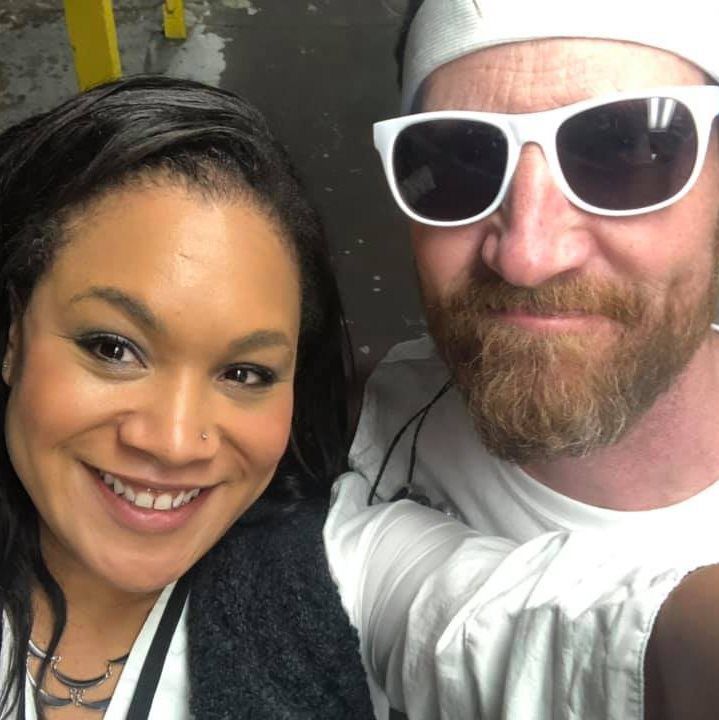 Sara and Dan Smith are pictured in 2019.

Sara Smith holds up her pulse oximeter during a LAM fundraiser three years ago.

Sara and Dan Smith are pictured in 2019.

Imagine being quarantined at home for who knows how long, unable to do any of the things that make life normal. As far-fetched as that seemed a month ago, thousands of Americans are living that existence right now, courtesy of the COVID-19 pandemic.

The Geneva native has not left her Nashville, Tenn., home since March 15. She cannot leave — for any reason. For Smith, it’s a matter of life and death.

Five years have passed since Smith moved from New York to Tennessee to be closer to her friend — and now her husband — Dan.

She had not been there long when she suffered a collapsed lung. As frightening as that seemed, what followed was worse: Smith was diagnosed with a rare lung disease called lymphangioleiomyomatosis, or LAM.

Cysts form on the lungs, and multiply, creating what are akin to holes. The disease is progressive, and there is no cure. It affects only women, most of whom are in their mid-30s.

At the very beginning of 2017, Sara and Dan were vacationing in the Dominican Republic, a getaway planned with the knowledge that Sara’s condition eventually would worsen. She woke up one morning with a cough and an ache in her chest. Eventually, she was admitted to a hospital and diagnosed with a collapsed left lung. However, without an up-front payment of $9,000, doctors would not treat her.

Dan put out a call to Sara’s friends and family. Within 48 hours more than $30,000 had been donated.

She was flown to Nashville as her lung was re-inflated. Six months passed before she regained her health.

“Since the incident in the Dominican Republic, my function has remained relatively stable,” she said, adding that she needs oxygen to help her run or walk long distances.

Sara is the nurse educator for a behavioral health facility in Nashville. She is working on her master’s degree, with plans to become a psychiatric nurse practitioner next year. A family trip was on the agenda for April.

Life seemed about as good as it could get for someone living with an incurable disease. Then came COVID-19, a new strain of coronavirus that attacks the respiratory system.

Two weeks ago her specialist at Vanderbilt University ordered Sara to stay home — not because she was displaying symptoms of COVID-19, but because of LAM.

“At that point I was instructed to stay home ‘as much as possible,’ but was told I could still go to work intermittently,” she said. “Two days later, my instructions were to stay home unless absolutely necessary. I have not left the house since that time.

“Not only does my diagnosis cause compromised lung function, but the medication I am on is an immunosuppressant, so I am considered a high-risk patient.”

“I am trying to be as thoughtful and cautious as possible,” added Dan, who must exit the house for his own job, leaving Sara and the couple’s two dogs alone some of the time. “If something happened to her, I wouldn’t be able to live with it. One way or another we will make it through this.”

The family trip is among the casualties of the current situation.

“It absolutely sucks, to be honest,” said Sara’s sister, Emma (Lawler) Flowers. “ … But my family and I will do anything to keep my sister safe, so if that means we can’t travel for the next upcoming months, then we won’t travel.”

Sara is thankful about one aspect of her confinement.

“I’m very lucky that I have a job that was able to allow me to continue working from home,” she said.

Smith graduated from Geneva High School in 2000 and lived the first 30 years of her life in eastern Ontario County. She graduated from Finger Lakes Health College of Nursing, becoming a registered nurse in 2010. Four years later she earned a bachelor’s degree from Roberts Wesleyan.

She remembers being 16 when she first met her husband. Sara and Ryan Smith, Dan’s younger brother, were friends.

“I’m sure at the time I was just his brother’s dorky friend,” she laughed.

Sara and Dan, also a Geneva native, reconnected when he was home from Nashville one summer. They began dating, doing so for a long period of time, and were married Sept. 1, 2018.

Smith is grateful for her husband’s support, even if she can’t get terribly close to him right now.

“He can still make me laugh until my stomach hurts, and that’s certainly a plus,” she said. “He’s always been extremely supportive, even on my bad days. We play music together, he runs errands without me having to ask, and he constantly reminds me that this is just another part of our crazy story. We have been through so much with my LAM diagnosis, and he has been there every step of the way, even when I have not been the easiest person to get along with.”

Sara says she tries to FaceTime with her friends and family on a daily basis. Not only is she working at home, she continues to pursue her master’s degree. And, she’s started to play the guitar again.

“For me, it’s about trying to forget that I am forced to be in my home and more about making each day fun and different,” she said. “I try not to count the days since there is a probability it could be a couple of months before my risk is low enough for the quarantine to be lifted.”

Until that happens, Smith intends to keep her days filled with work and studies, mixed in with a little downtime. As difficult as it is knowing she can’t leave home right now, she understands what’s at stake if she tries.

“I’m well aware of my risks if I contract COVID-19, and sometimes those thoughts can be overwhelming,” she said. “This is like nothing I have ever been through at all. There is also a part of me that feels guilty because I am a nurse and I want to be one of those helping, not the one who is confined to her home.

“Someone once said, ‘This too shall pass.’ I remind myself of that every day. Luckily, I am surrounded by the best family and friends someone could ask for, and that’s what really gets me through, even on the hardest days.”