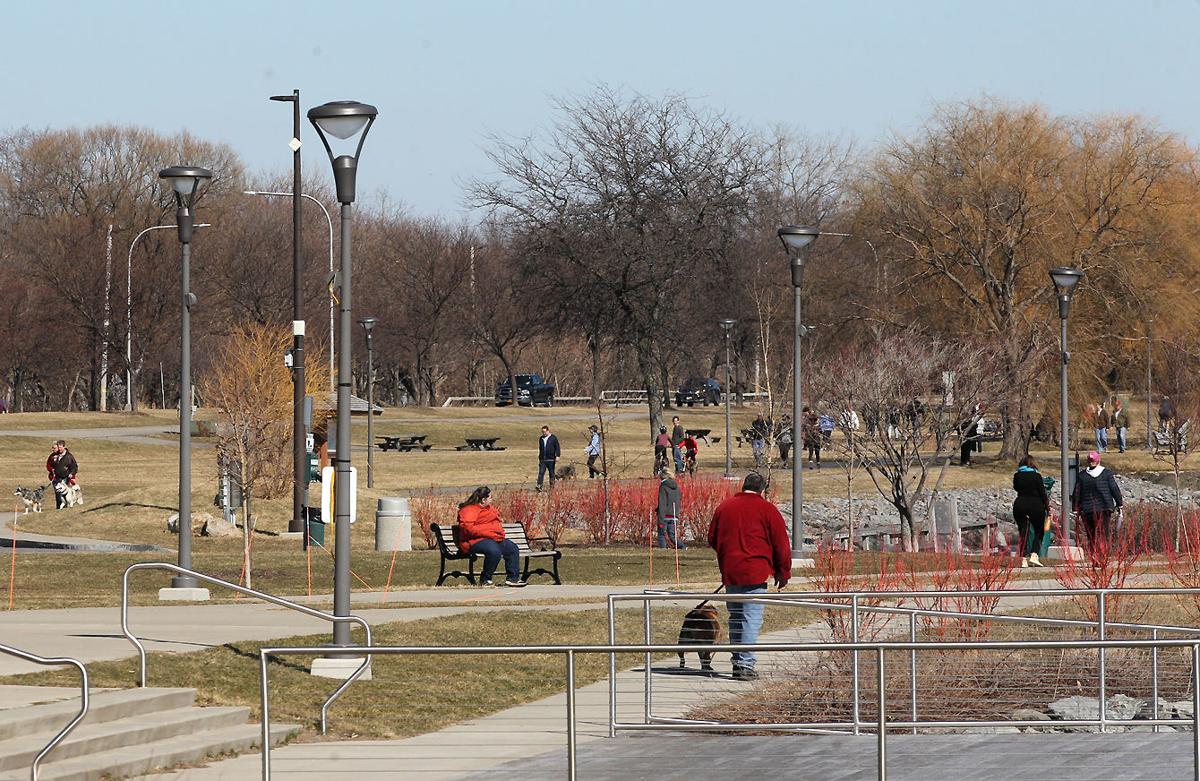 Just a few weeks ago a wave of milder weather passed through and brought many to the north shore of Seneca Lake to escape those winter blues. Now people are walking in the park to get their exercise in with gyms shut down because of the coronavirus.

HOPEWELL — As the number of confirmed COVID-19 cases in Ontario County continues to climb, county officials said they will no longer be releasing geographic-specific information for those cases.

“I am not sharing that information. The cases are from all over the county and the message is for people to stay home,” Mary Beer, the county’s director of public health, said by email Monday afternoon. “If I say where the cases are, some people will think that it is not in their town and will not social distance. The virus is here and we are going to get more and more cases.”

As of Monday afternoon, the county had reported nine confirmed cases including two new ones. While the public health website reported one hospitalization earlier, it was reporting none as of late Monday.

Around the rest of the four-county area:

• There were no confirmed cases in Seneca County, although 32 people in the county were quarantined and being monitored by the county health department.

• There were no confirmed cases among Yates County residents, but one Steuben County resident who tested positive Saturday was under mandatory self-isolation in a Penn Yan residence. Health officials from Yates and Steuben counties are monitoring that person.

Beer and Brian Young, Ontario County’s deputy administrator, responded to the Times after a Stanley-area resident sent an email claiming the county was not up to speed reporting cases and not giving locations of the positive cases.

Young said the county was advised by the state Department of Health to not give geographic information regarding the cases.

“We have the virus in our county and we will get more cases regardless of there they live,” he said. “The most important message we can send to ‘flatten the curve’ is to stay home if you are a non-essential individual.”

Arthritis, COPD, Joint Pain or Mobility Issues on the Stairs?

LEGAL NOTICE Notice of formation of The Brindle and Blonde