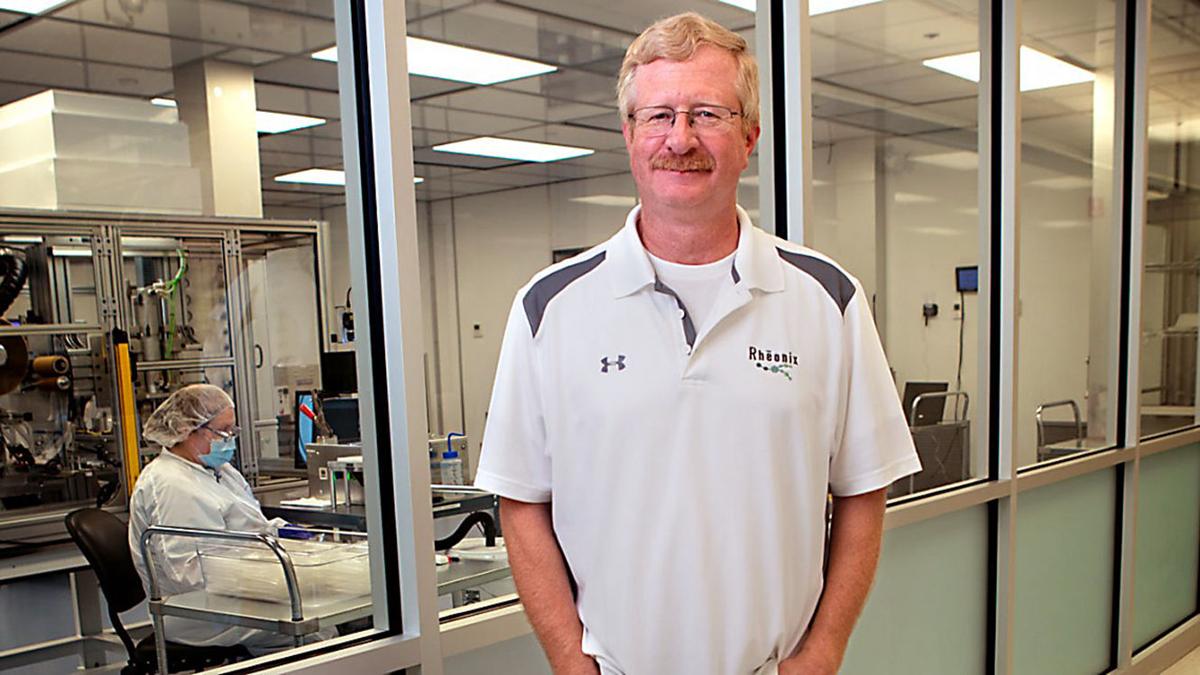 Cornell graduate Greg Galvin, the founder and CEO of Ithaca-based Rheonix, is shown outside his lab in 2015. 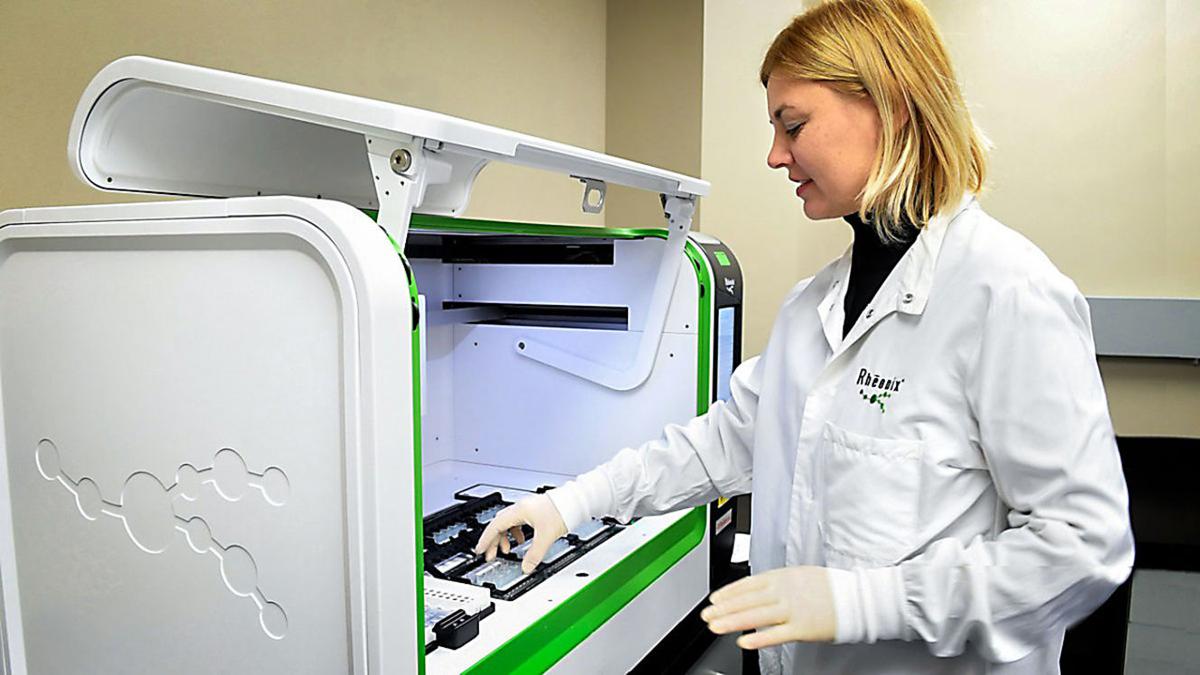 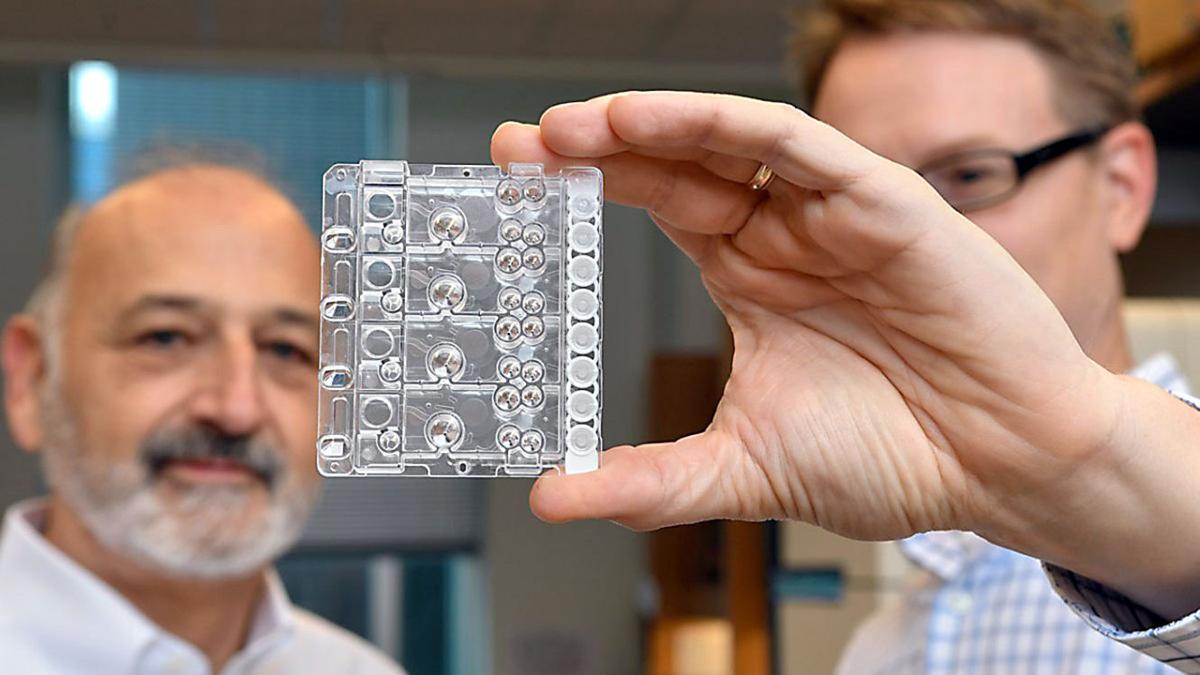 Cornell graduate Greg Galvin, the founder and CEO of Ithaca-based Rheonix, is shown outside his lab in 2015.

ITHACA — Entrepreneur Greg Galvin didn’t factor the pandemic into his business plans for the year. He didn’t expect the shutdowns or the equipment shortages. And, he didn’t plan on quickly pivoting his biotechnology company to provide a quick, accurate COVID-19 test that enabled Cayuga Health System to open one of the first drive-through testing sites in the nation.

Galvin, the 2014 Cornell Entrepreneur of the Year, is founder and CEO of Rheonix, an Ithaca-based company that is ramping up production of a fully automated, same-day test for SARS-CoV-2, the virus that causes COVID-19.

Rheonix’s simple-to-use diagnostic system consists of an assay — a biomolecular analyzer that detects genetic material from a person’s respiratory sample — and a specialized workstation, which does not require a technician or advanced knowledge to operate. The workstation can process up to 24 assays at once.

Since February, Rheonix has grown from 50 employees to 140 and doubled most of its manufacturing equipment. It is now installing 22,000 pounds of assembly line equipment in the company headquarters to meet the national demand for rapid testing.

Production of the assay and workstation has mostly been at the mercy of a crippled supply chain, Galvin says. But Rheonix has been meeting as much of the demand as possible ever since the Food and Drug Administration authorized emergency use of its assay in April.

Rheonix’s early entry into the coronavirus testing market came as the company had already been seeking FDA approval of a similar assay for rapid testing of sexually transmitted infections. The technology needed to produce a coronavirus test was so similar that Rheonix had a working prototype just three weeks after the Centers for Disease Control and Prevention published the virus’s genetic sequence, in February.

Galvin, who earned Master of Science (1982), Doctor of Philosophy (’84) and Master of Business Administration (’93) degrees from Cornell, said it was just a matter of altering the system to detect a different genetic target — a business move that not only made sense financially, but also served the community.

“The sense of urgency was apparent and the need was personal for everyone at the company,” says Galvin, a former member of the Cornell University Board of Trustees. He currently serves on the advisory councils for the College of Engineering and the Department of Materials Science and Engineering.

“But also this ability to develop a product, put it out in our local community and create immediate benefits,” he says, “I think it really helped motivate people.”

Among the first organizations to receive the test were Cayuga Health System in Ithaca and United Health Services in Binghamton, New York. The assays enabled Cayuga Health to open one of the first drive-through testing stations in the nation. “We’ve delivered a total of 14 instruments to their lab,” Galvin says, “which theoretically puts their capacity at over 7,000 samples per day.”

Rheonix is scoring high marks for the accuracy of its rapid testing. Comparative data released by the FDA in September show that, of the 58 molecular assays it compared, Rheonix’s scored the fourth highest in its ability to detect a small amount of viral material in a given sample.

“We were very pleased to see the results,” Galvin says. “We knew our test was very sensitive, but what really surprised me out of that data was how wide the disparity between the different tests actually is. I really didn’t expect the tests to be that different.”

While Rheonix ramps up production of its COVID-19 assay, it will also be seeking FDA approval of a newly developed assay that can target four viruses at once: influenza A, influenza B, respiratory syncytial virus and SARS-CoV-2.

“The physical symptoms of COVID and the flu are very similar, so distinguishing between the two diseases is clinically important because the treatment protocols are completely different for them,” said Galvin.

Although Rheonix is not based on Cornell technology, Galvin says it’s still inspired by his Cornell education.

“Rheonix is an example of the much, much greater number of startup businesses that are created by Cornellians that don’t necessarily use Cornell intellectual property,” says Galvin, a frequent speaker on campus who has created a graduate fellowship to support engineering students. “The university is fostering a lot more entrepreneurial activity than just the number of startups that use Cornell technology. Whether it’s Cornell intellectual property or a Cornell alum, it’s still a Cornell creation.”

This article is adapted from “Alumnus company ramps up production of rapid COVID-19 test” by Syl Kacapyr, public relations and content manager for Cornell University’s College of Engineering.