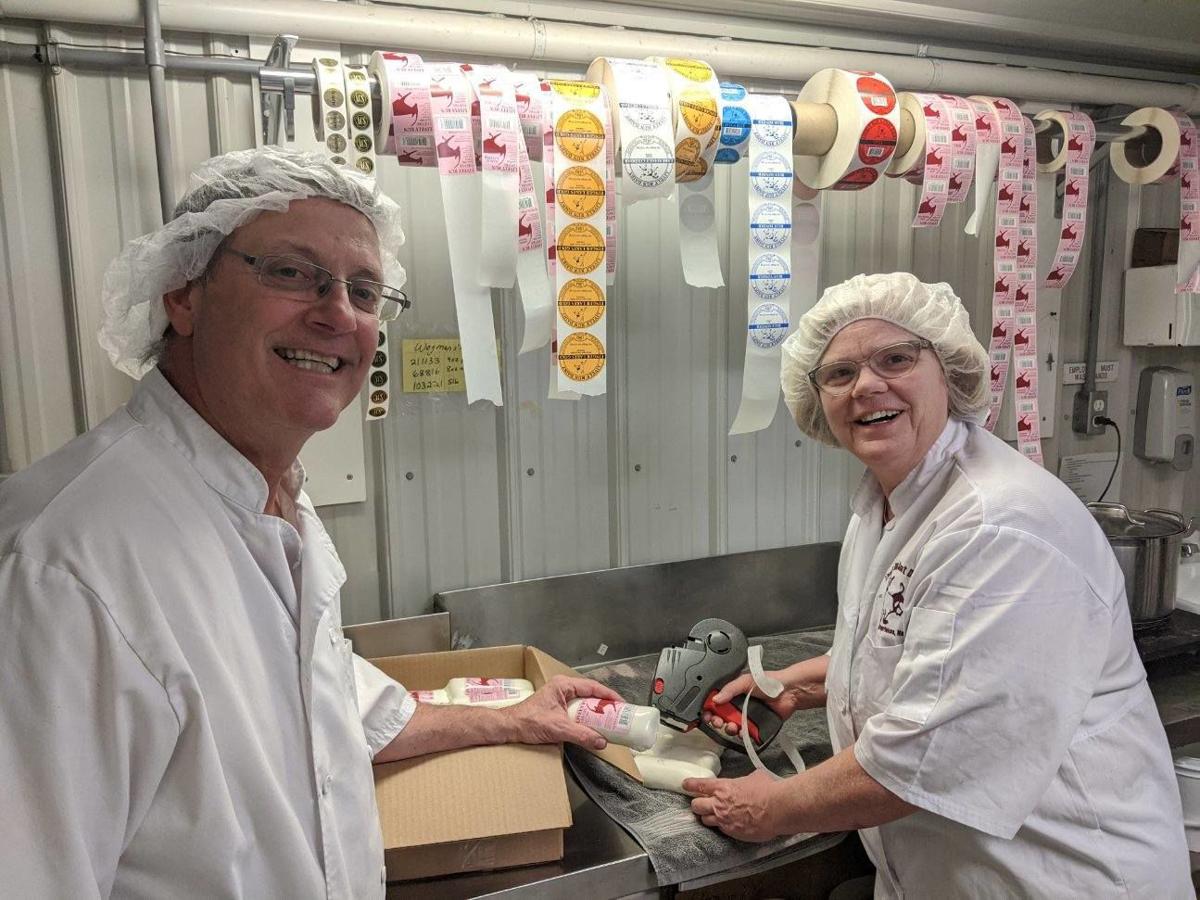 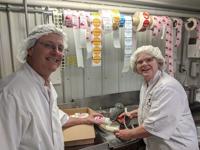 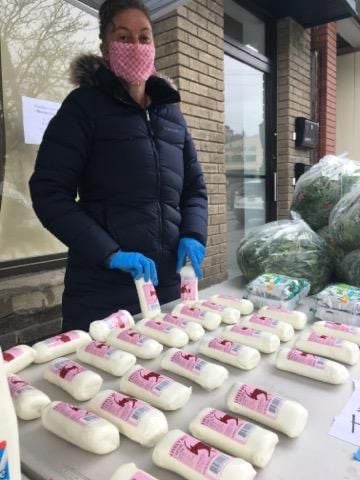 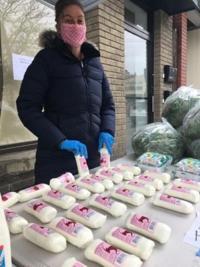 Kadie Salfi of Press Bay Food Hub Pantry in Ithaca with some of the cheese Lively Run Dairy in Interlaken made and donated. 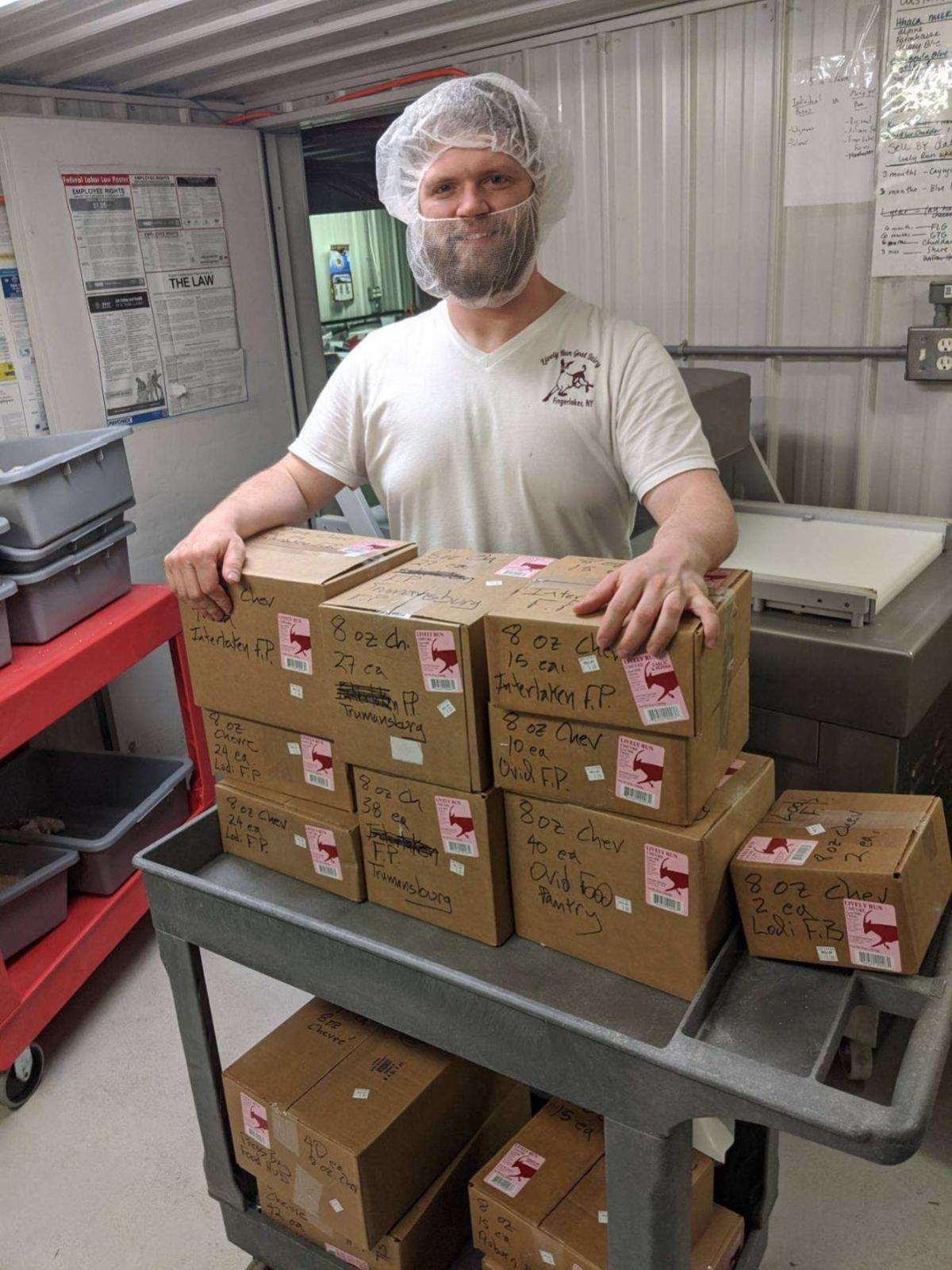 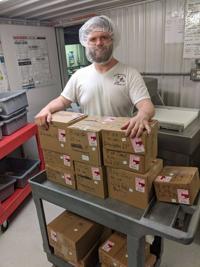 Kadie Salfi of Press Bay Food Hub Pantry in Ithaca with some of the cheese Lively Run Dairy in Interlaken made and donated.

INTERLAKEN — During his regular press conference Monday, Gov. Andrew Cuomo unveiled an initiative to pair farmers who are dumping milk with food banks that could use donations.

It’s an idea Lively Run Dairy has already put into action in less than two weeks.

As the demand for milk from restaurants and schools has disappeared, dairy farms are having to dump milk because dairy processing plants have reached full storage capacity.

To address that Lively Run head cheesemaker Pete Messmer launched a GoFundMe page April 17; in 48 hours the fundraising campaign met its $20,000 goal, so he doubled it. As of Wednesday, over $42,000 has been raised from more than 670 donors — money that will be used to pay farmers for their goat and cow’s milk and to cover production costs for making cheese.

This week, Lively Run marketing director Katie Shaw said the dairy plans to deliver 400 pounds of cheese and expand its growing network of food banks that will receive those donations.

“It was pretty amazing the community support we’ve gotten for this project,” Shaw said. “It’s been incredible.”

She’s hoping state support will come through, too. During the press conference, Cuomo announced the Nourish New York initiative — a plan where the state will buy $25 million worth of fluid milk and dairy products and send them to food pantries around New York.

Shaw noted that Lively Run has been working with The Center for Transformative Action in Ithaca, which can accept tax-deductible donations then funnel them to Lively Run for this project.

“Our bigger plan is to use and pay other cheesemakers in New York state to replicate what we’re doing,” she said. “We want to do it as big as we can.”

The initiative is a win all the way around. Cow and goat milk farmers are paid for their product even though demand has faltered during the COVID-19 crisis; food banks, which are seeing a surge in need, get much-needed donations; and there is no food waste.

This week, Shaw said Lively Run’s 400 pounds of cheese will be made from cow’s milk coming from a Seneca County dairy farm and food bank deliveries will be made Friday. Last week’s donated cheese was made with goat’s milk from Hidden Pastures Goat Dairy in Glenfield, Lewis County.

“He was dumping milk before we reached out to him because of oversupply,” Shaw said.

With the $40,000-plus in donations, which continue to grow, Shaw said the plan is to donate 7,000 pounds of cheese to state food pantries over time. Lively Run, one of the longest operating commercial goat dairies in the country, is not making a profit on the initiative, and donations in excess of production costs will be donated to food banks.

In a press release, it’s noted that to ensure state standards and regulations are being met, Messmer consulted with Rob Ralyea, senior extension associate of the Department of Food Science at Cornell University.

“There are a lot of regulations surrounding milk and its marketing, so we need to make sure we do this all correctly,” Ralyea said. “The benefits will be that a dedicated and hardworking farmer’s milk gets used and hungry families get fed. I think it’s a noble idea.”