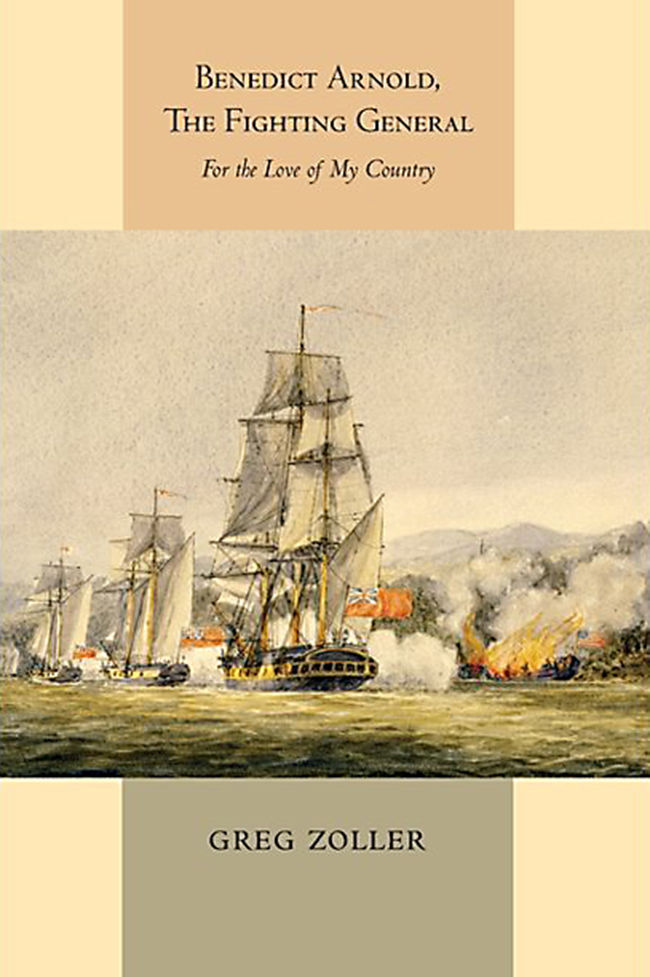 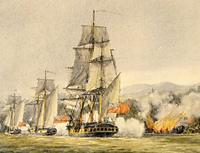 Seneca Falls resident Greg Zoller believes Benedict Arnold “was the greatest war hero in the history of the United States” … “a man of integrity and principle,” who “when he went to the British side during the war was — in his mind — doing what he thought was best for his country. And love of his country was his driving principle.”

I read Zoller’s book, “Benedict Arnold, The Fighting General, For The Love Of My Country.” While Arnold may have rationalized that his actions were in the best interests of America, Zoller does not substantiate his opinions about Arnold’s genuineness with credible evidence.

Until Arnold made the decision to betray his oath of loyalty, he was, indeed, a war hero. Zoller does a good job of portraying Arnold’s heroism prior to doing the things that forever made his name synonymous with the word traitor.

Once the American Revolution was off and running, Arnold proved to be an outstanding military leader. During the autumn of 1775 he led a march through Maine, into Canada, that culminated with an attack on the walled city of Quebec. While the attack was unsuccessful, Arnold’s bravery resulted in much adulation.

His continued leadership qualities were apparent in the Lake Champlain campaign and in the battle of Saratoga, where Arnold was wounded badly. He was promoted to major general because of the way he conducted himself in these and other battles.

Nevertheless, Arnold complained that other officers received credit to which Arnold was entitled. He was accused of corrupt dealings. His lavish spending habits resulted in indebtedness. Arnold resented America’s alliance with France and believed America could resolve its differences with England. He was sympathetic to American loyalists, largely due to the fact that his wife — who aided Arnold’s treacherous communications with the enemy — and her parents were Loyalists.

Even before Gen. George Washington gave Arnold command of West Point in July 1780, he developed a plan to surrender this major stronghold to the British. As for Arnold’s “honorable intentions,” Arnold demanded Britain pay him 20,000 English pounds. (Just one British pound in 1776 is now worth 160 pounds in Great Britain and $210 in the United States). Prior to this deal, Arnold was giving the British details about Washington’s troop movements and French reinforcements.

As soon as he learned about André’s arrest, Arnold fled. André was hanged (this was the same punishment given to Nathan Hale, an American spy apprehended by the British. Hale’s reported last words: “I regret that I have but one life to lose for my country”).

Arnold was further rewarded with a commission as a British brigadier general and a generous lifetime pension. He commanded British soldiers in the raid of Richmond and surrounding localities. Troops under Arnold’s command destroyed much of New London, Conn., and slaughtered American soldiers after they had surrendered following the Battle of Groton Heights. Zoller suggests this slaughter occurred without Arnold’s approval, but there is evidence to the contrary, including a chilling letter Arnold wrote to Washington that warned that if André was hanged, “I call Heaven and earth to witness that your Excellency will be justly answerable for the torrent of blood that may be split in consequence.”

I can’t fault Zoller for not proving his theories. Even if America’s best defense attorneys could devise strategies to exonerate Arnold’s bad name and reputation, I doubt they would succeed.

Zoller recognizes that pursuing history is “fun and interesting.” I liked the way Zoller puts the reader “in the shoes of an early American colonist in the later 1700s” by describing the hardships of what daily life was like, such as, “for most people, home was a one-room cabin with dirt floors and no windows. There were no bathrooms. You went to an outhouse, outdoor latrine or into the woods when necessary.”

Chapter 20, “A Long and Painful Winter for Arnold and America,” is especially noteworthy. Arnold spent five months flat on his back trying to recover while enduring horrible pain from his atrophied wounded leg. Arnold “survived the ordeal but would be crippled and in pain for the rest of his life.” The chapter also describes a time when Arnold “went on the offensive with Congress and he became the first advocate for veterans’ rights. He badgered Congress with his memories of men bleeding and dying during service to their country, while Congress had made no provisions for their widows and children.”

This chapter also discusses a letter Arnold received from British Col. Beverly Robinson intended to persuade Arnold that if he joined the British side, he could help guide America away from France and toward independence under a more benevolent Britain. Zoller notes that, “it wasn’t long after Robinson’s letter that most historians point to evidence of Arnold’s first contact with the British.”

Historical evidence reveals Arnold’s subsequent actions were motivated largely by self-interests, rather than the best interests of America. In his own lifetime, Arnold was vilified not only in America but throughout the world.

After the French statesman Charles-Maurice de Talleyrand met Arnold in 1794, Talleyrand said, “I must confess that I felt much pity for him … for I witnessed his agony.”

“Benedict Arnold, The Fighting General: For The Love of My Country” by Greg Zoller, 2020, 282pp