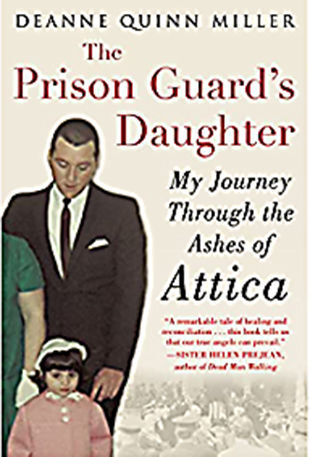 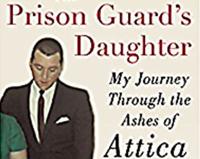 I recently read “The Prison Guard’s Daughter: My Journey Through the Ashes of Attica” by Deanne Quinn Miller, the daughter of William Quinn, the only corrections officer killed by inmates during the 1971 Attica Correctional Facility uprising. Quinn and co-author Gary Craig, a Rochester Democrat & Chronicle investigative reporter who has written extensively about Attica and our criminal justice system, talked about their book recently at Hobart and William Smith Colleges as part of the Colleges’ continuing series of discussions that examine crime, victimization, and justice.

Miller’s memoir reinforced my belief that a jury in 1975 was justified to convict John Hill of murdering Quinn. Hill, who became a TV and film actor as well as a controversial Native American activist after Gov. Hugh Carey announced amnesty for all riot-related crimes, had maintained his innocence. Hill died in 2013.

Several inmates carried Quinn on a mattress to the administration building, where they pleaded with officials to get him to a hospital. Miller learned the consensus among inmates was that Quinn was genuinely concerned for inmates’ well-being. The inmates respected Quinn. One former inmate, who was 5-foot-2 and slightly built when he was at Attica, revealed that Quinn made sure he wasn’t harmed by other inmates.

“He was like a guardian angel,” he said of Quinn.

An honor guard of several hundred corrections officers and firefighters from all over New York led Quinn’s funeral through downtown Attica.

Miller: “When my mom and dad first married, Dad worked as an attendant at West Seneca Developmental Center, a facility that oversaw the care of institutionalized people with a range of disabilities. He grew close to the residents, one in particular, raising money from staff for a wig for a teenage girl who suffered from alopecia … My father left that job after a young boy died in his arms after a seizure. That was too much for him; he told my mother he could not return – it was just too painful.”

“The Prison Guard’s Daughter” also is the story of the formation, endeavors, and accomplishments of the Forgotten Victims of Attica, an organization in which Miller remains involved, made up of surviving hostages and the families of Attica employees who were killed or wounded during the inmate takeover and the retaking of the prison.

Here is a compelling story of tragedy, courage, betrayal, tribulations, perseverance and triumph. We witness the closure process unravel for Miller, other victims’ families, and former inmates who Miller befriended. We also witness the life-altering lessons Miller has learned during a remarkable voyage that crosses racial and criminal justice system divides.

I sensed a powerful father-daughter connection that transcends death. I believe that Quinn, the father of three daughters, would be proud of his entire family and several other people whose memorable stories appear in this book.

As a result of a long, tumultuous and continuing journey, Miller has helped to attain some semblance of justice – for herself and for other previously forgotten victims of the Attica tragedy – while simultaneously not only finding her father, but also finding hidden parts of herself during what became a revealing voyage of self-discovery.

In her book, Miller recalls that for many years after 1971, “Attica scared me. Attica made me anxious. Attica gave me depression. Anything to do with Attica was like a boogie man.” The Prison Guard’s Daughter” is an unforgettable, mesmerizing account of how Quinn overcame her fears and prejudices.

Explained Miller: “Once in my life, I would never have imagined meeting individuals like Richard X. Clark or Frank “Big Black” Smith, much less befriending them. But I did, and my life is better because of it. Yes, they were parts of the puzzle that I was working so hard to arrange, but they also became much more than that. They had suffered, just as those in Forgotten Victims had, and I could not consider them villains as I once did. We shared a pain and experience that others didn’t, but we also shared a humanity. I saw it in Richard’s eyes and heard it in Richard’s words as we sat in that Harlem restaurant so long ago as he explained trying to save the life of my father. I heard it in the many phone calls with Frank, especially in those times when he and I would just pause and sob together, our own union of tears as we realized how alike ‘Big Black’ and ‘Little White’ were.”

During the uprising, Smith, along with a contingent of Muslim inmates, provided protection for the hostages. But because Smith had been a constant presence at the negotiations between inmates and state officials in the period between after the initial uprising and before the retaking, police assumed — wrongfully — Smith had been a riot organizer. The rumor that Smith had castrated a hostage was false.

The New York Times, reporting the allegations brought forth during a civil trial, wrote that Smith “was forced to walk over broken glass, beaten with batons, locked in his cell for four days, burned with cigarettes, made to lie on a picnic table for hours with a football under his chin and threatened with castration and death,” all in retaliation for things that Smith did not actually do.

Miller hopes we will “remember those awful days in a way that ensures we do not make the same mistakes again.”

Quinn was only 5 years old when her father died. As a result of her journey, she now feels “as if I know him, truly know him,” adding that “It has not been easy to reach this point, but I have no regrets. We changed the history of Attica, and that journey has profoundly changed me and how I see the world. That is my personal legacy of Attica.”

“The Prison Guard’s Daughter: My Journey Through the Ashes of Attica,” by Deanne Quinn Miller with Gary Craig, Diversion Books, 2021, 269pp, $20