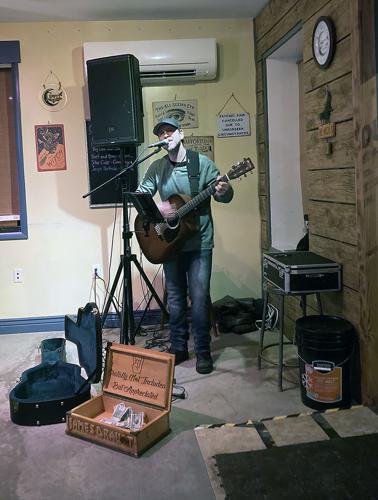 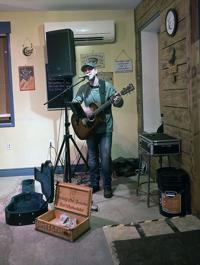 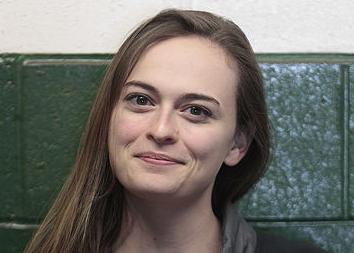 A Phelps girl born and raised, I jumped at the chance to head down to Crafty Ales & Lagers the other night to catch James Draudt’s set. I grabbed a porter (my go-to at Crafty’s) and settled in just as James delivered a Matchbox Twenty cover worthy of Rob Thomas himself.

One thing that struck me about James’ persona is that his face rarely was without a smile. He really gets into it; so much that I couldn’t tell who was enjoying his rendition of “Bad Moon Rising” more — the five or so folks up and dancing, or James himself.

When it comes to hearing covers of familiar songs we know and love, the best attempts are those that blend high accuracy with personal flair. And that’s where James excels.

Crafty Ales & Lagers has a full lineup of musicians this month, so there are plenty of great local acts to support, but James’ show was a real treat. Here’s our conversation:

1) How did you first get into music?

Listening to my parents’ record collection of classic rock and folk rock when I was in my formative years.

2) Name an album that continues to inspire you?

John Lennon, “Imagine.” The honesty, the vulnerability, the hope and yearning, the message, the weight it carries in terms of dimension. The wall of sound the producer created. John was very talented in a raw and honest way. Seeking truth and speaking his truth openly with the world.

3) What are some of your favorite places to play in the FLX?

4) Name a song you play that best represents your sound!

5) Where can our readers catch you playing next?

6) Any advice for musicians looking to get out there and start playing gigs?

My advice would be to attend local open mic nights and get connected with others you aspire to be like. Get tips and leads from other musicians, and then be persistent with venues you solicit your music too until you get a response. I’ve played without pay in the gigging just for an opportunity to be heard. Stay humble, open and kind on your journey.

Abbey Sitterley’s “Sit for a Spell” appears every other Monday in the Times. Have an idea? Contact her at asitterley@gmail.com.

Legal Notice SECOND SUPPLEMENTAL SUMMONS–SUPREME COURT OF THE STATE OF