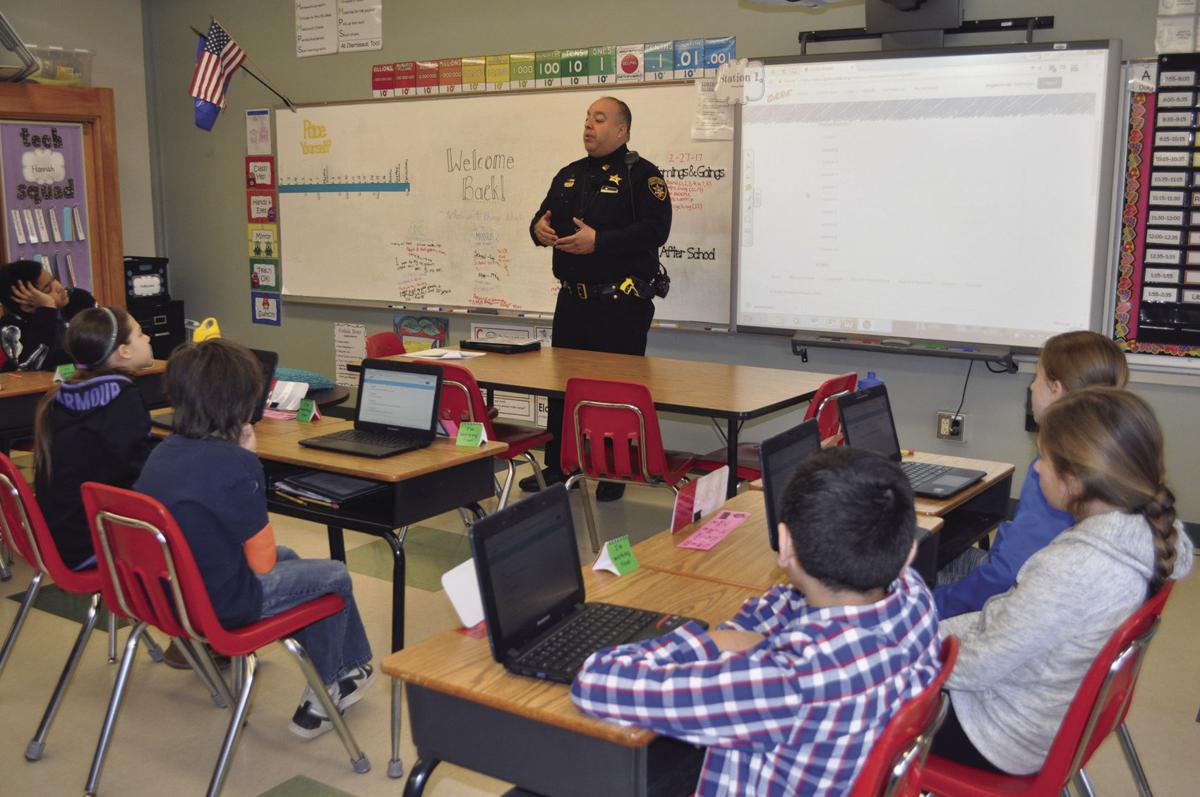 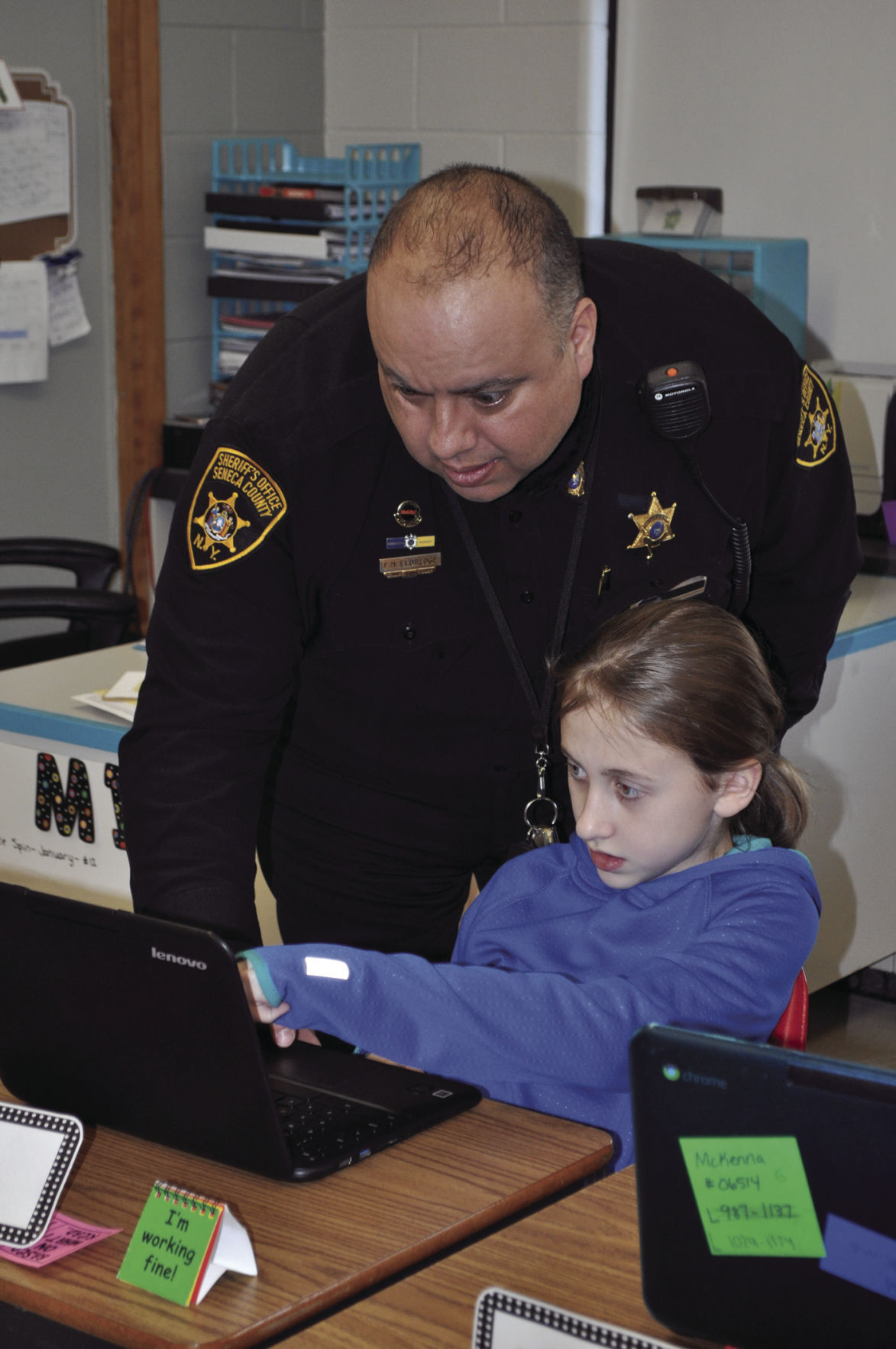 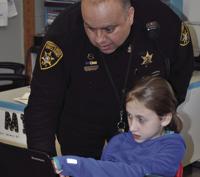 Romulus School Resource Officer Frank Eldredge works with Bailey Sabin, a student in the class. The students are able to access the DARE lessons on their individual Chromebooks. 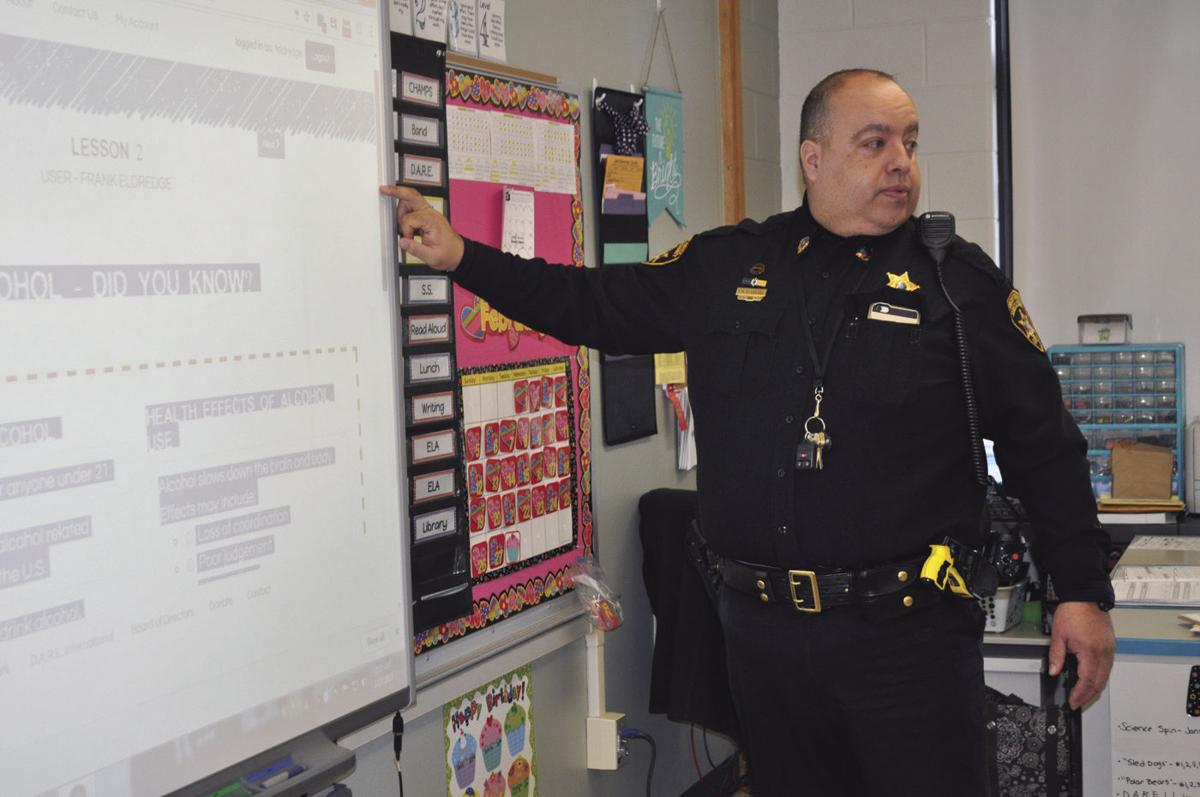 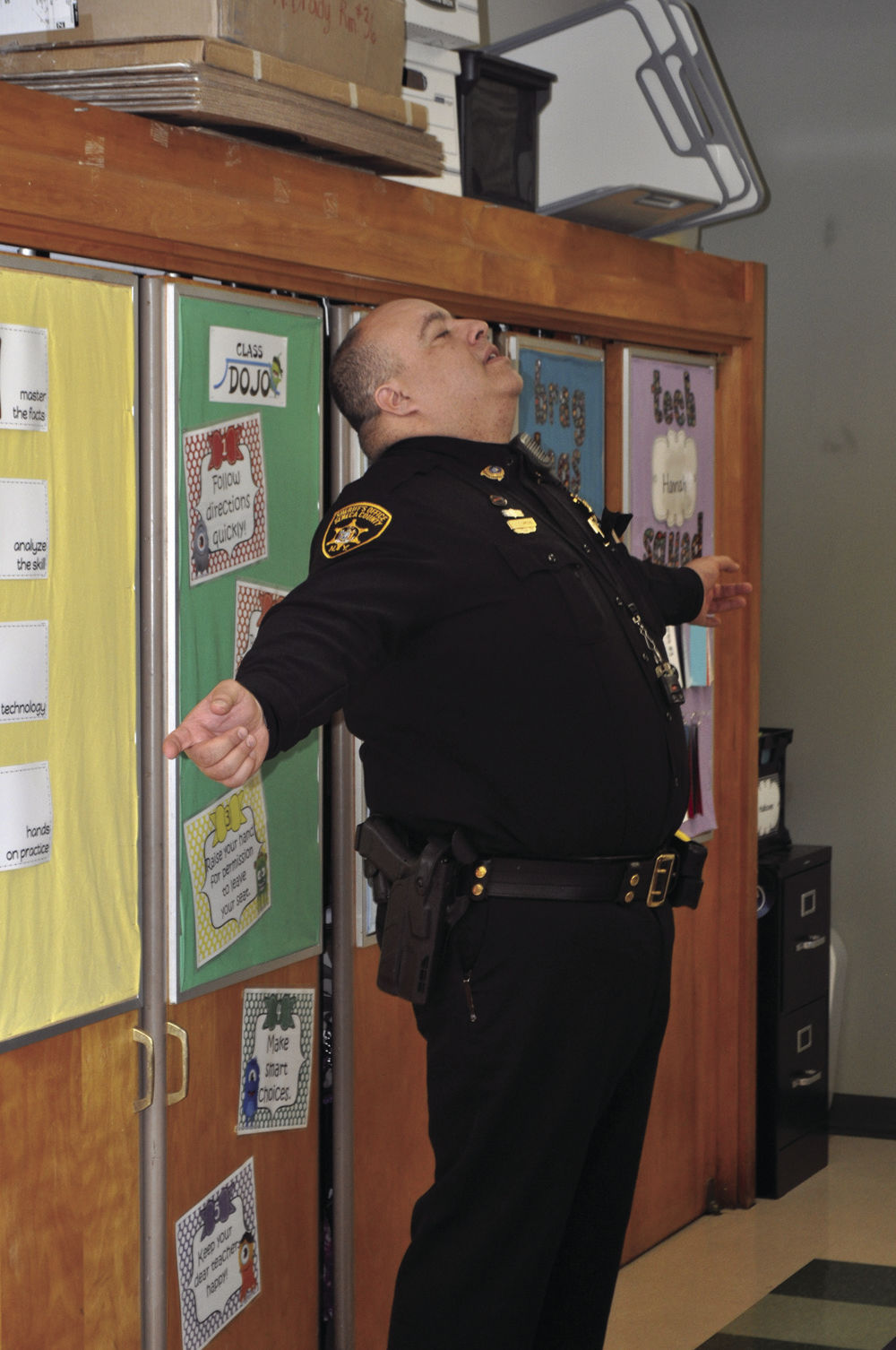 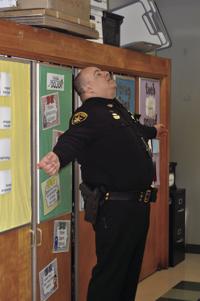 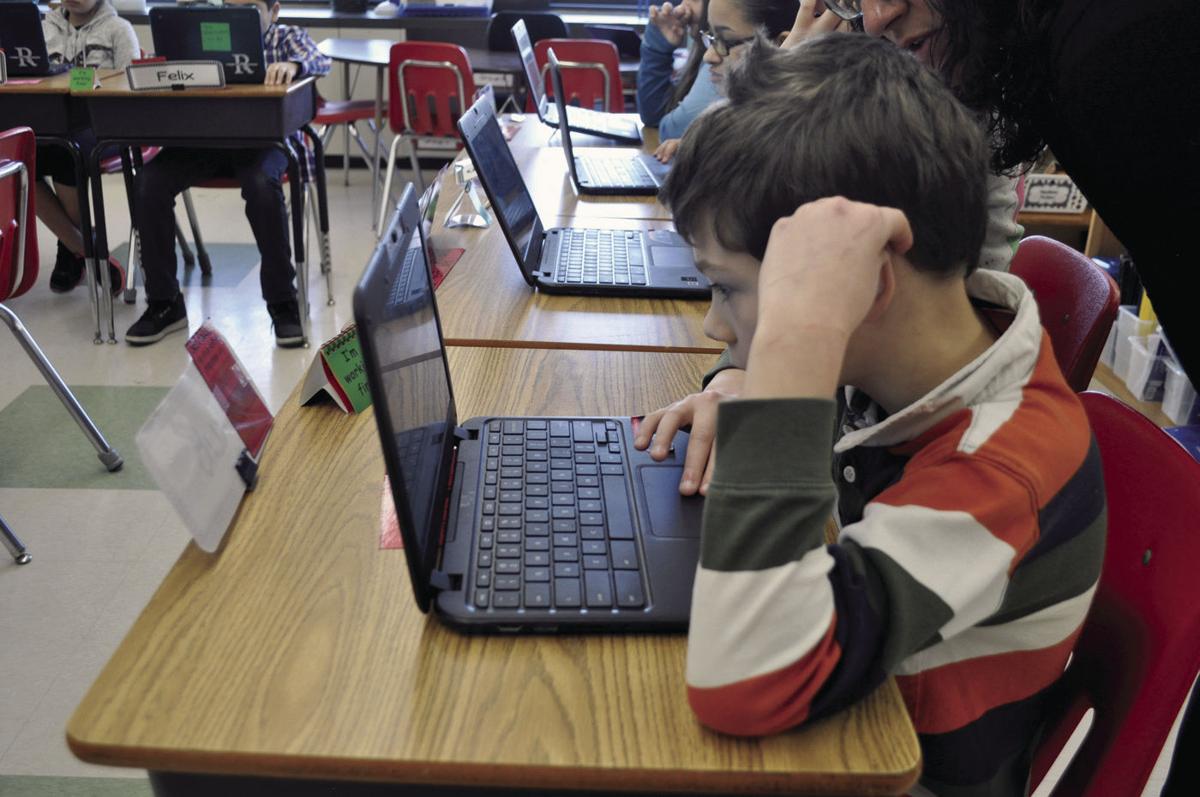 Romulus School Resource Officer Frank Eldredge works with Bailey Sabin, a student in the class. The students are able to access the DARE lessons on their individual Chromebooks.

ROMULUS — Since every student in this school district is equipped with a Google Chromebook, it only made sense for fifth-graders to do their DARE unit online instead of using traditional workbooks.

That’s exactly what is happening in this Seneca County school district this semester, as Romulus becomes the first one statewide to teach the Drug Abuse Resistance Education course online.

“I haven’t heard of anybody else in New York state doing it,” said Karen Simon, an educator with the state DARE Officers Association Training Team. “It just happened to be everything clicked and this works right into what they are doing.”

Superintendent Marty Rotz said it was School Resource Officer Frank Eldredge who heard about the online option at DARE training and initiated bringing it to Romulus.

“We are proud [to be the first district] and we are proud of Frank,” said Rotz, adding Eldredge learned how to administer the program himself and has embraced technology in the classroom.

“The whole school is on Chromebooks so between those and the Smart Boards the technology here is amazing,” Eldredge said.

After Eldredge asked the students if they were all logged in, he began going over the tenets of DARE (Define, Assess, Respond and Evaluate) and discussing how good and bad decisions can both have consequences.

As Eldredge queued up a video to show to the class on the Smart Board, he reminded the students they could also download the video on their Chromebooks if they wished.

Brady likes that duplicate nature of the online course. She said if students are absent for any reason, they can easily go online and watch the lesson videos or do their homework. Eldredge said students and parents alike can also download an app to their phones.

Brady believes the online approach engages this generation of students.

She finds that the students are more engaged when they do their work online and the platform also keeps them more organized.

Eldredge likes that the students’ attention is more focused on him. He said with the workbooks students could sometimes get distracted — erasing wrong answers, for example — but with their Chromebooks they aren’t looking down all the time.

One sign of how digital the unit has become is an alternative to the traditional suggestion box. Eldredge directed the class to find a box and decorate it; he wanted to encourage feedback and questions from students who might be shy asking a difficult or personal question in front of their peers.

Although the class will still make the box, Brady also raised the possibility of setting up a Google form online for students to submit their questions anonymously.

“That way I won’t recognize your writing,” she said.

Simon, who provided some educational input on the program, said part of her concern initially was if the focus on online learning would detract from youngsters working in groups and solving problems together.

“I wondered if using the digital device would take away from student to student contact, but they worked that in,” she said.

Simon also noted that as districts move in directions like Romulus has — where they are taking different platforms online — they will find that the online version of DARE education will really work for them.

“I do see this an option for schools definitely — especially if they are comfortable with technology,” Simon said.