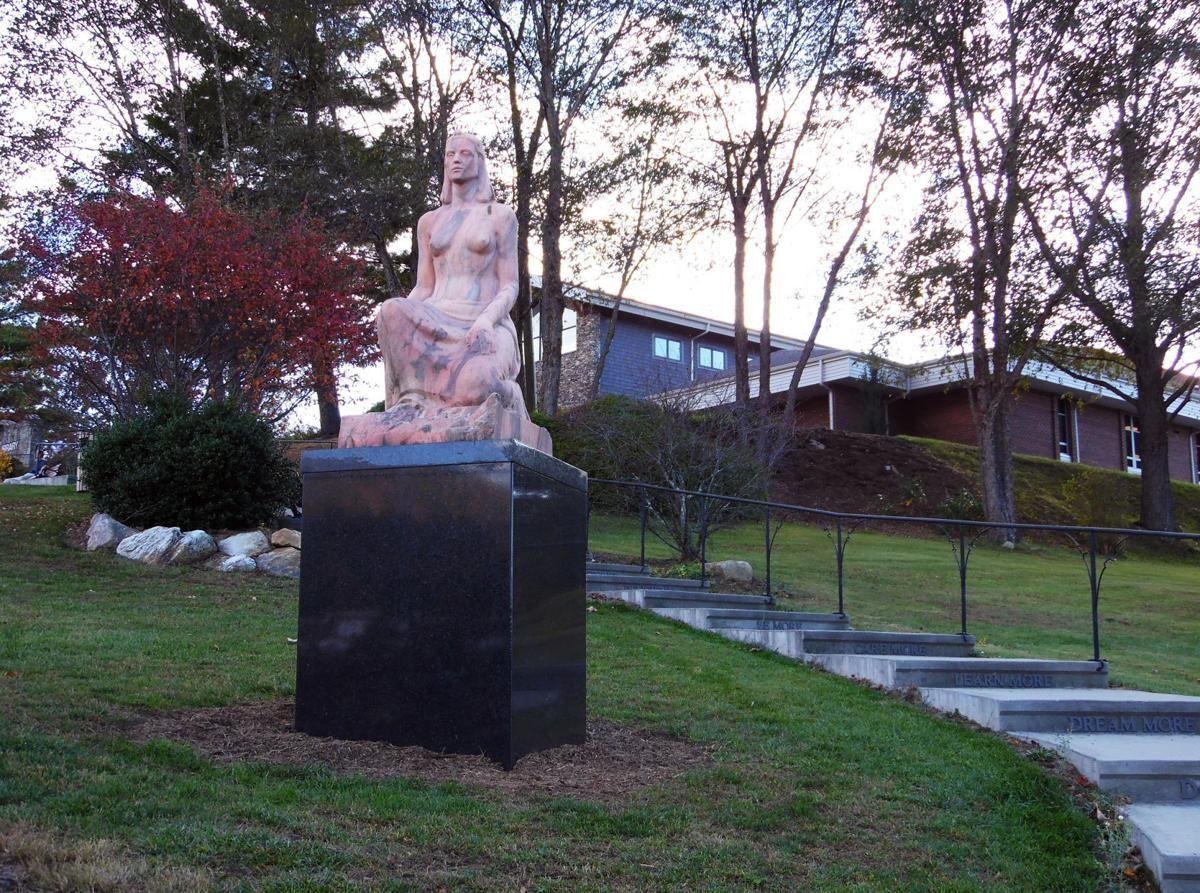 The “Peace” statue in West Jefferson, N.C. was the precursor to Geneva’s similar statue but rejected because of the black veins in the marble. 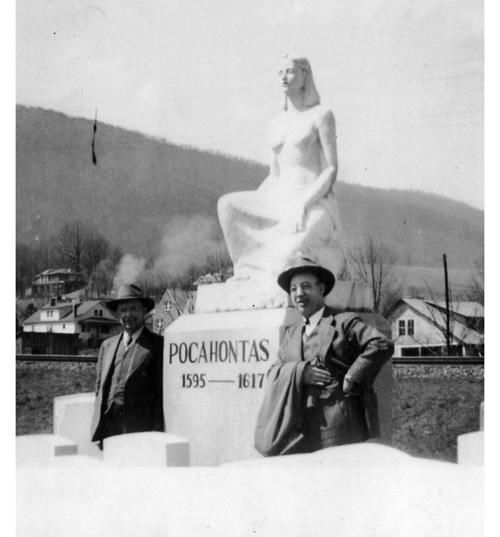 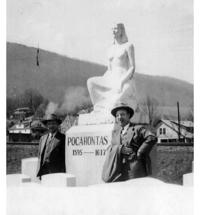 The North Carolina Peace statue was named Pocahontas and is shown here at Ashe Memorial Works with owner W.B. Reeves who purchased it from the Georgia Marble Company in 1939. Mr. Reeves is on the left, with an unidentified man.

The “Peace” statue in West Jefferson, N.C. was the precursor to Geneva’s similar statue but rejected because of the black veins in the marble.

The North Carolina Peace statue was named Pocahontas and is shown here at Ashe Memorial Works with owner W.B. Reeves who purchased it from the Georgia Marble Company in 1939. Mr. Reeves is on the left, with an unidentified man.

The Peace statue in Pulteney Park is a beloved, and sometimes decorated, part of Geneva. Did you know she has a twin sister in North Carolina?

In the mid-1930s, the Geneva Central Council of Veterans pursued getting a memorial monument for the city. The Works Progress Administration provided $10,000, probably through the Federal Art Project. A young artist in Buffalo, Jean MacKay, was hired to create the monument at a time when few women were sculptors. She made a classical figure of a woman kneeling with her sword in the ground to symbolize peace.

The model was completed in 1938 and sent to the Georgia Marble Company for carving. MacKay reviewed the statue before completion and rejected it. She felt that dark veins running through the face and body ruined the sculpture. Peace was carved again, at no cost to the city, and was dedicated on Memorial Day 1939. The marble plaque on the sidewalk in front of the statue reads: “Erected to the memory of Geneva patriots who served our nation in her wars that freedom might remain our most cherished heritage.”

What does a marble company do with a large statue that’s been rejected? They sell it to someone else.

In 1946, a writer for “Our State” magazine drove through West Jefferson, N.C., in the northwest corner of the state. He saw the original Peace among headstones in the show lot of Ashe Memorial Works, but she was on a base engraved, “Pocahontas 1595-1617.” (I never fully understood how the Geneva statue represented peace, but it definitely doesn’t look Native American.) The writer found the owner, W.B. Reeves, and inquired about the statue. Reeves bought it from the Georgia Marble Co. in 1939. When asked why, he replied, “Oh, I don’t know. Just liked the looks of the thing, so there she sets.”

West Jefferson is a small town in Ashe County in the Appalachian Mountains, bordering Tennessee and Virginia. In the 1940s, the county was called, as it had been for a while, “a lost province” of North Carolina. Poor roads and steep mountains cut West Jefferson off from the rest of the state and its larger cities. Paved state roads and the rise of automobile tourism slowly brought more people to the area.

In the 1940s, the statue caught the eye of an artist passing through town. The “Our State” article included a quote from Arthur S. Covey, a member of the National Academy of Designs in New York. A painter of murals for the 1939-40 New York World’s Fair, he said, “It is my belief that (it) would rank with much of the sculpture that was shown at the New York World’s Fair.” Current Ashe County historian Don Long says, “She was the grand art in the county” for many decades.

No one in West Jefferson knows how the statue was named “Pocahontas,” but she was a local icon for decades. As with her sister in Geneva, people would occasionally paint and decorate her, usually around Halloween.

Around 1980, the memorial company changed owners and the statue was sold to a family in Lincolnton, N.C., 90 miles away. When the head of the family passed away in 2015, they were open to selling the statue. In 2016, the town of West Jefferson purchased the statue for $5,000 and placed it in a park on West Main Street.

Photos of the statue can be found on Facebook. From her perch she looks down at summer street festivals, and is listed among the top 10 places to take a selfie in the area. West Jefferson has become a tourism destination and an arts community, but Peace’s sister is still “the grand art in the county.”

John Marks is curator of collections at the Geneva Historical Society.