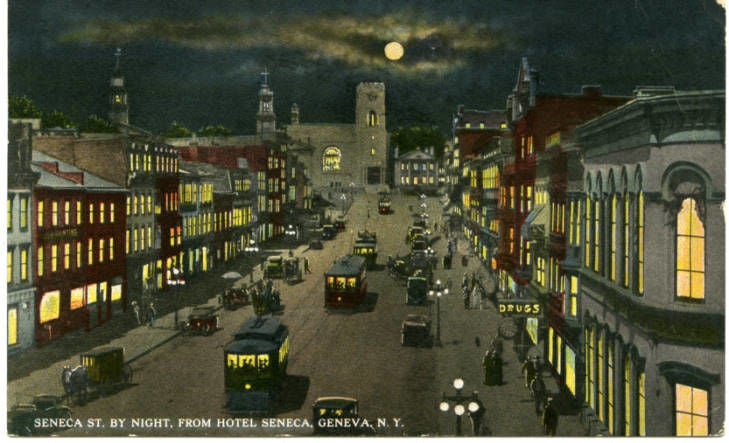 Geneva’s Seneca Street at night, circa 1920. 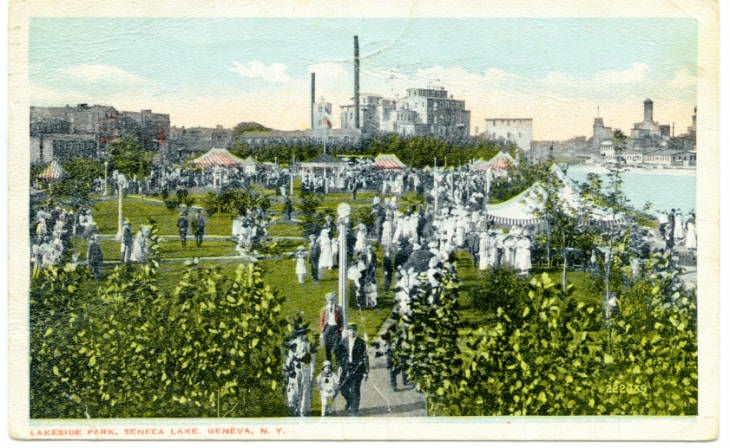 Lakeside Park in Geneva circa 1920, a popular place for families to stroll. 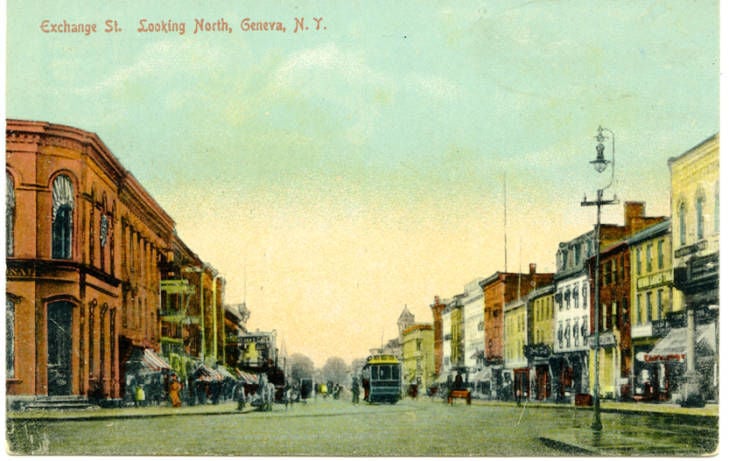 Exchange Street in Geneva, looking north, about 100 years ago. 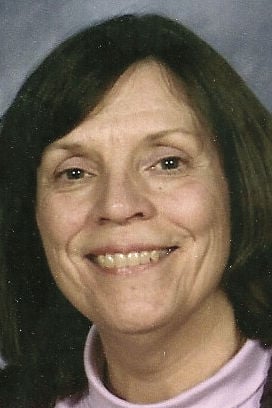 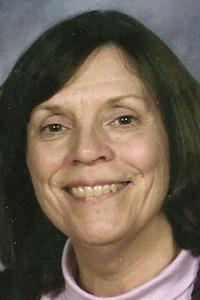 Geneva’s Seneca Street at night, circa 1920.

Lakeside Park in Geneva circa 1920, a popular place for families to stroll.

Exchange Street in Geneva, looking north, about 100 years ago.

Today, Geneva has a population of not quite 13,000, but in 1921 Geneva had almost 15,000 residents and was one of the most vibrant communities in the Finger Lakes.

The Geneva of 1921 was what was known as “an area of dominate influence,” meaning people from surrounding communities came to Geneva to shop. Rather than make a daylong trip to Rochester or Syracuse, people living in Seneca, Wayne and Yates counties would drive to Geneva to shop for Christmas gifts, Easter outfits, shoes and more. If you look at a picture of downtown Geneva on a Saturday afternoon in the 1920s there is hardly a parking spot available.

What made Geneva a hub for economic and social activity?

Geneva was on the main line of the Lehigh Valley Railroad; plus, the Auburn branch of the New York Central went through Geneva. There were two local and interurban street railway services — the Geneva, Seneca Falls, Auburn Railway, and the Rochester and Eastern Railway of New York State — that would take you to neighboring cities for business or to visit family and friends. Geneva is on the main state highway (Route 5) between Buffalo and Albany. The city is situated on the 67-mile stretch of U.S. Route 20 that runs concurrently with Route 5 at the northern end of Seneca Lake. Route 20 runs from Newport, Ore., to Boston.

The Geneva of 1921 was a place where cars and horses still shared the streets. There were auto dealers that sold Ford, Chevrolet, Chandler, Cleveland and Scripps-Booth automobiles. There were 45 auto-related businesses in the 1921 directory, though some were listed under more than one category — i.e. sales, repair, tires. At the same time there were five different liveries, stables, hitching sheds and horse sellers listed, six blacksmiths and farriers, three manufacturers and repairers of wagons, and a harness maker.

Geneva was a city where homes and businesses were being built. The city directory listed a long list of contractors, including Frank Trickler, J.E. Finn, J.G. Henry, Jardine Bros., Fairfax Bros. (decorators), W.H. Frautz and Sons (masons) and John A. Pontius (sheet metal work). Geneva had three architects, one of whom had an advertisement listing many of the buildings he designed.

Some of the businesses in the directory are ones you seldom see any more: two basket makers, a blank book manufacturer, eight boarding and rooming houses, a corset shop, 38 dressmakers, three flour mills, a house numbering contractor, a hat manufacturer and restorer, five ice dealers, 10 millinery (ladies hats) shops, and 25 nurserymen. In 1921 there were the same number of music teachers as there were lawyers: 17. The book also listed the names of 66 incorporated businesses.

There was even a category for “Talking Machines.” It took a minute to figure out they meant phonographs and they were sold in furniture and jewelry stores, but there were nine listed.

There was an E.J. Broderick listed as “Overseer of the Poor,” a job title I do not see today. Each local school listed the name of every teacher, and what subject or grade they taught; if you were the principal, it listed your name and address. Parochial schools listed the priests in charge, but the teaching nuns were listed as “5 nuns” from the order of St. Joseph and their names were not given. Associations, clubs, fraternal organizations and societies all listed their officers, and when and where groups met. It appears privacy was not quite the issue it is today.

The directories also gave tips on what there was to see and do in the Finger Lakes area. The 1921 edition stated that geologists claim there were only a few areas in the world that had the same land formations and natural beauty as the Finger Lakes and they were in Scotland, England, Switzerland and Patagonia. The book did not state specifically where in those countries the comparable area was located. The directory then listed only five of the Finger Lakes: Seneca, Cayuga, Keuka, Owasco and the “smallest,” Canandaigua. This leaves out all the “little lakes” like Honeoye, Canadice, Hemlock and Conesus, and two larger ones, Skaneateles and Otisco. This seems to present a different idea of what represented the Finger Lakes in 1921 than we have today.

Looking back 100 years with the help of a single book won’t give us an in-depth look at what Geneva was like, but it does offer a snapshot of what life might have been like a century ago in this place we call home. If you are interested in looking at Geneva City Directories you can find them online at https://nyheritage.org/collections/geneva-ny-city-directories.