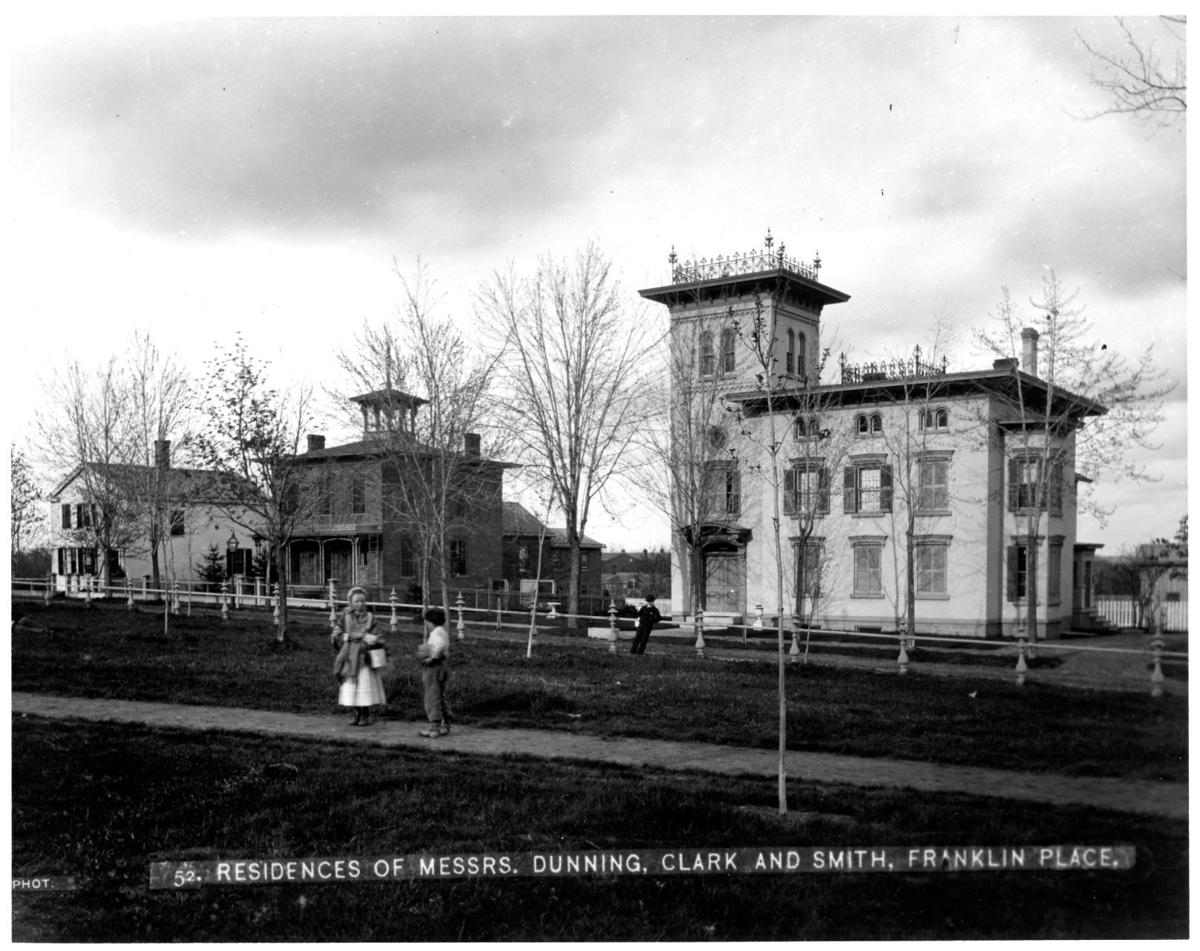 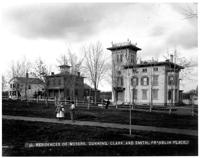 The Dunning, Clark and Smith houses — looking east from Genesee Park in Geneva. 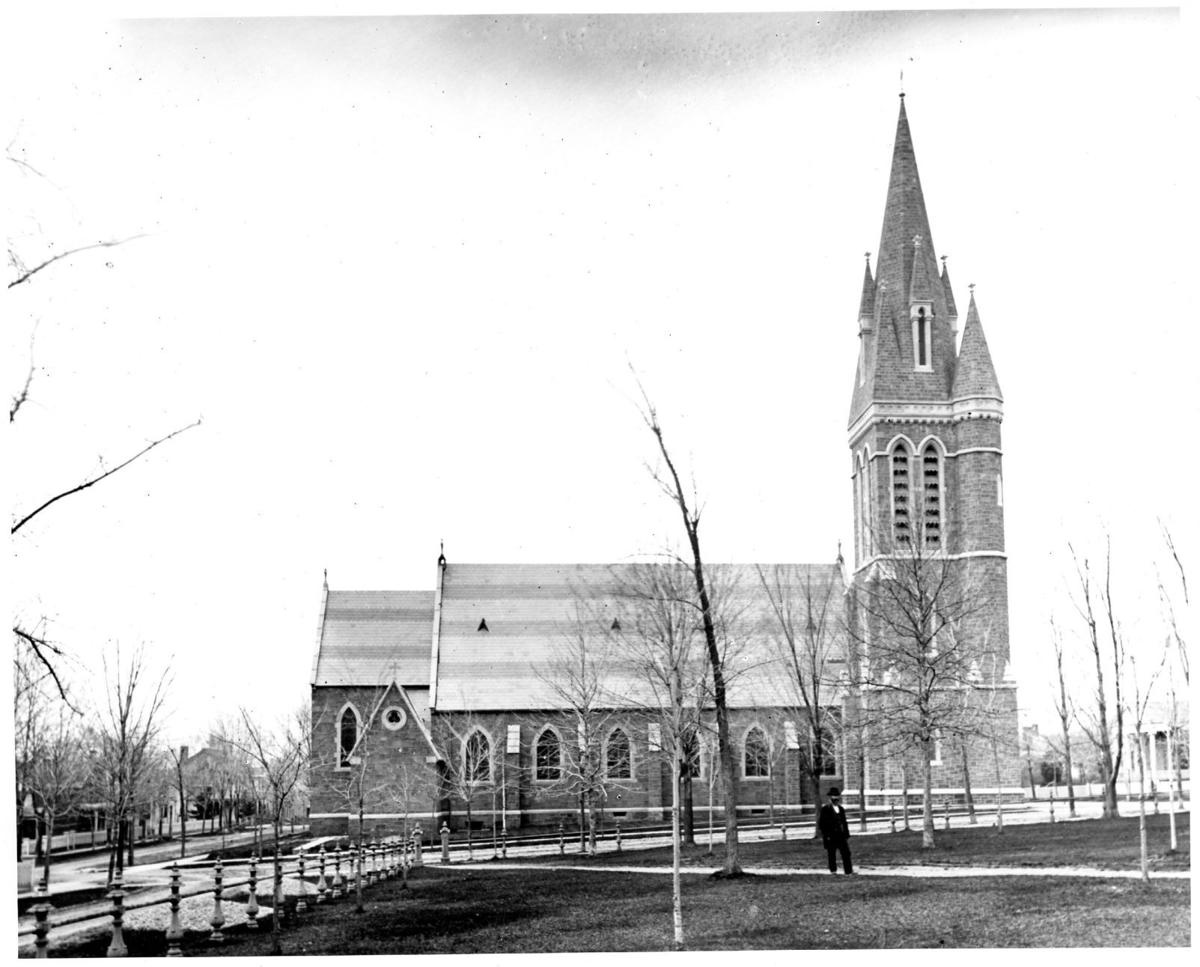 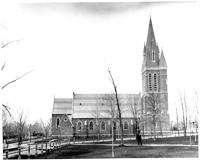 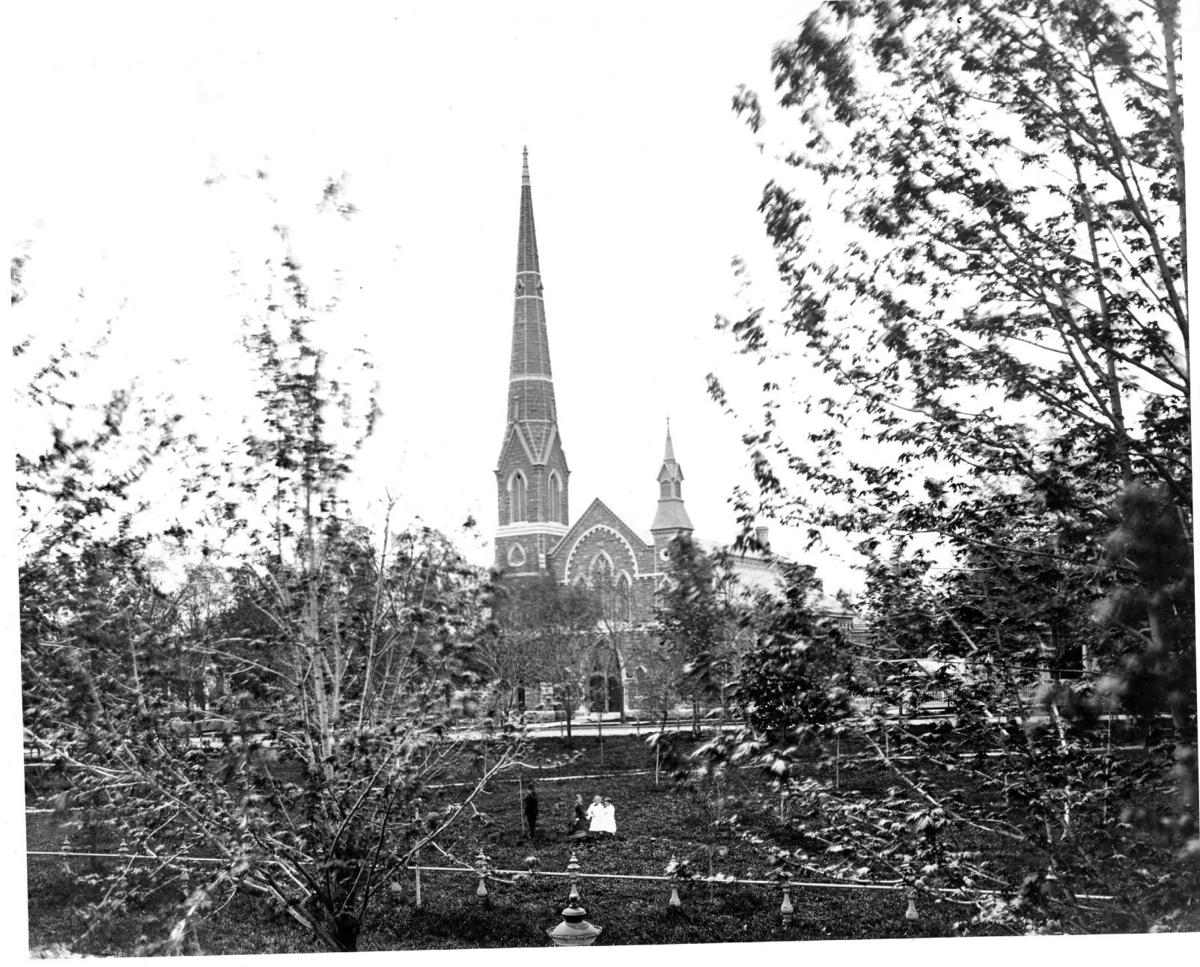 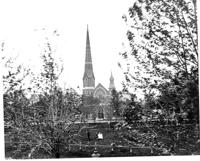 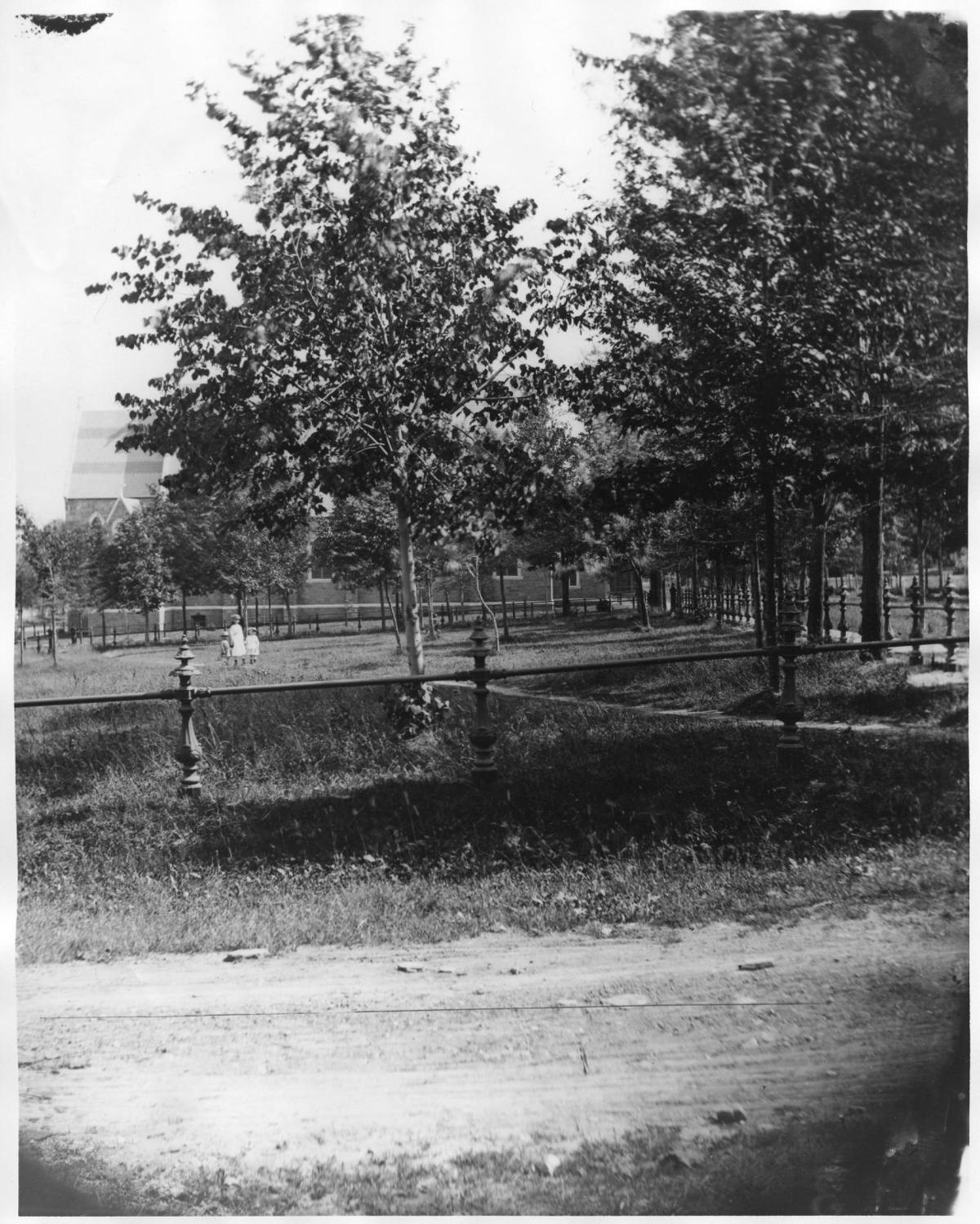 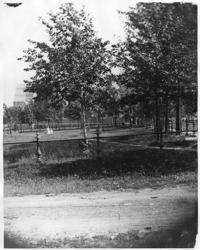 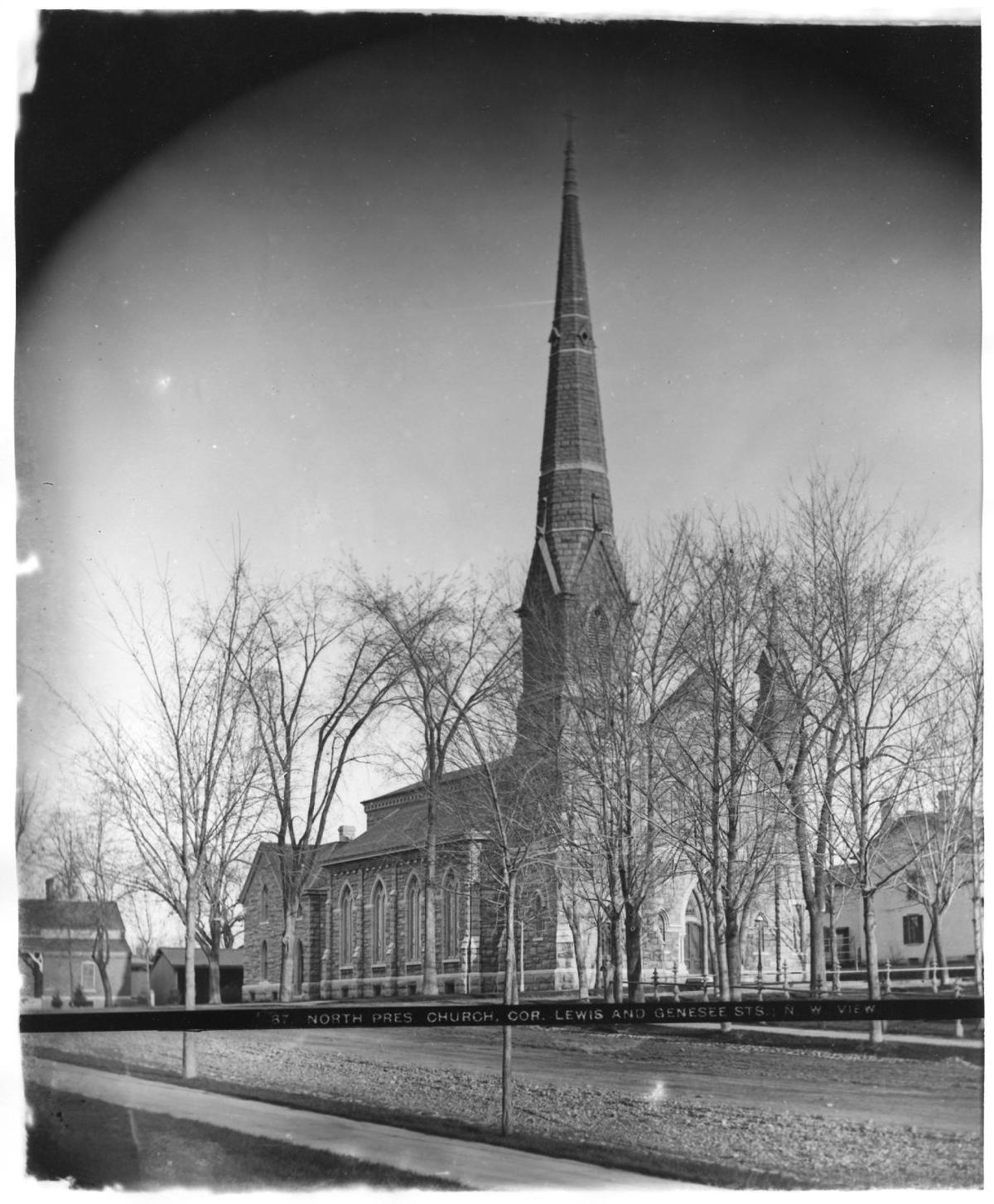 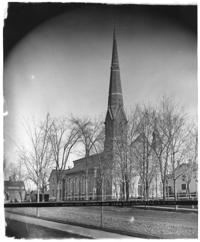 The view from Genesee Park looking northwest across the park towards North Presbyterian Church.

The Dunning, Clark and Smith houses — looking east from Genesee Park in Geneva.

The view from Genesee Park looking northwest across the park towards North Presbyterian Church.

Many communities have a public square, but Geneva has two.

The first square was Pulteney Park, which was laid out on one of Geneva’s earliest maps (1793). At the time the square was located in the most populous part of the Village.

The second square, Genesee Park, came about at the request of residents living in the Genesee Street area. The city continued growing and in 1840 a group of Genesee Street citizens petitioned the Village of Geneva for a more accessible public square. Land was set aside for the purpose of a public square and given to the village in 1849 by Joseph Fellows, George Barkley and Almira Hall, the widow of Sanford R. Hall. At that time the square was named Franklin Park; when the property transfer was completed in 1853 the park was renamed Genesee Park.

The land came encumbered with several conditions, which if not met required the land be returned to the original grantors or their heirs. Both the village minutes of the Geneva Board of Trustees, and historian, George Conover, confirm that the conditions included the land be kept open for all citizens and used as a public square; a fence be erected and maintained; trees, shrubs and flowers planted and maintained; plus walkways installed. No building was to be erected on the square and improvements to the park were to be voluntarily made by individuals.

There is some anecdotal evidence concerning the fence around Genesee Park in an April 11, 1956 letter to the editor of one of the Geneva newspapers. S.H. Merrill wrote that as a young boy (he was born in 1878) he overheard a conversation mentioning that Wm. B. Dunning, the president of the New York City Iron Works who owned a large home on the park’s east side, had his company manufacture and erect the iron fence around the park. Merrill also remembered hearing that if the fence was ever removed or left unrepaired the property would revert to its original grantors or heirs.

The one stipulation that appears to have caused the most difficulty was the requirement that the grade of the road and sidewalks north of Lewis Street and east of the park (a stretch of Genesee Street from Lewis to several houses north of what used to be North Presbyterian Church) could not be changed without agreement of the grantors. This may have been why it took until 1853 for the deed to be finalized, as it appears in 1849 the road grade was lowered and Barkley was not pleased. The property was not formally transferred until the road grade was returned to the level it was on Jan. 27, 1849 according to the Village minutes of Sept. 5, 1853.

The Feb. 15, 1867 Village finance report printed in the Geneva Daily Gazette reports expenses of $50 for improvements to Genesee Street’s road bed and gutters, $50 for the park fence and $25 dollars to plant trees.

Genesee Park was the site of many public celebrations including Decoration Day (Memorial Day), Emancipation Day and musical entertainment. According to the Aug. 12, 1884 Geneva Advertiser, on Emancipation Day Frederick Douglass arrived with his second wife, Helen Pitts Douglass (from Honeoye) on the early train. He spent 30 minutes on the balcony of the Franklin House greeting people then proceeded with the crowd to the square, where he gave an impromptu speech before the orator of the day, W.H. Johnson, spoke.

In 1956, according to the April 3 issue of the Geneva Times, a suggestion was made by Public Works Commissioner Walter Curtis to turn Genesee Park into a parking lot since parking was very limited on Sundays due to the services of North Presbyterian Church and St. Peter’s Episcopal Church. This idea was very poorly received by aldermen, commissioners and Mayor Erle Rogers, who received many phone calls against the idea. There were also letters to the editor of the Times protesting destruction of the park. The idea was abandoned.

Genesee Park is evidence of the importance of a gathering place, green space and the commitment of residents from the 1800s to the 2000s to their neighborhood. It is Geneva’s other public square.

Osburn is the Geneva City Historian and may be reached at Kdosburn2@gmail.com