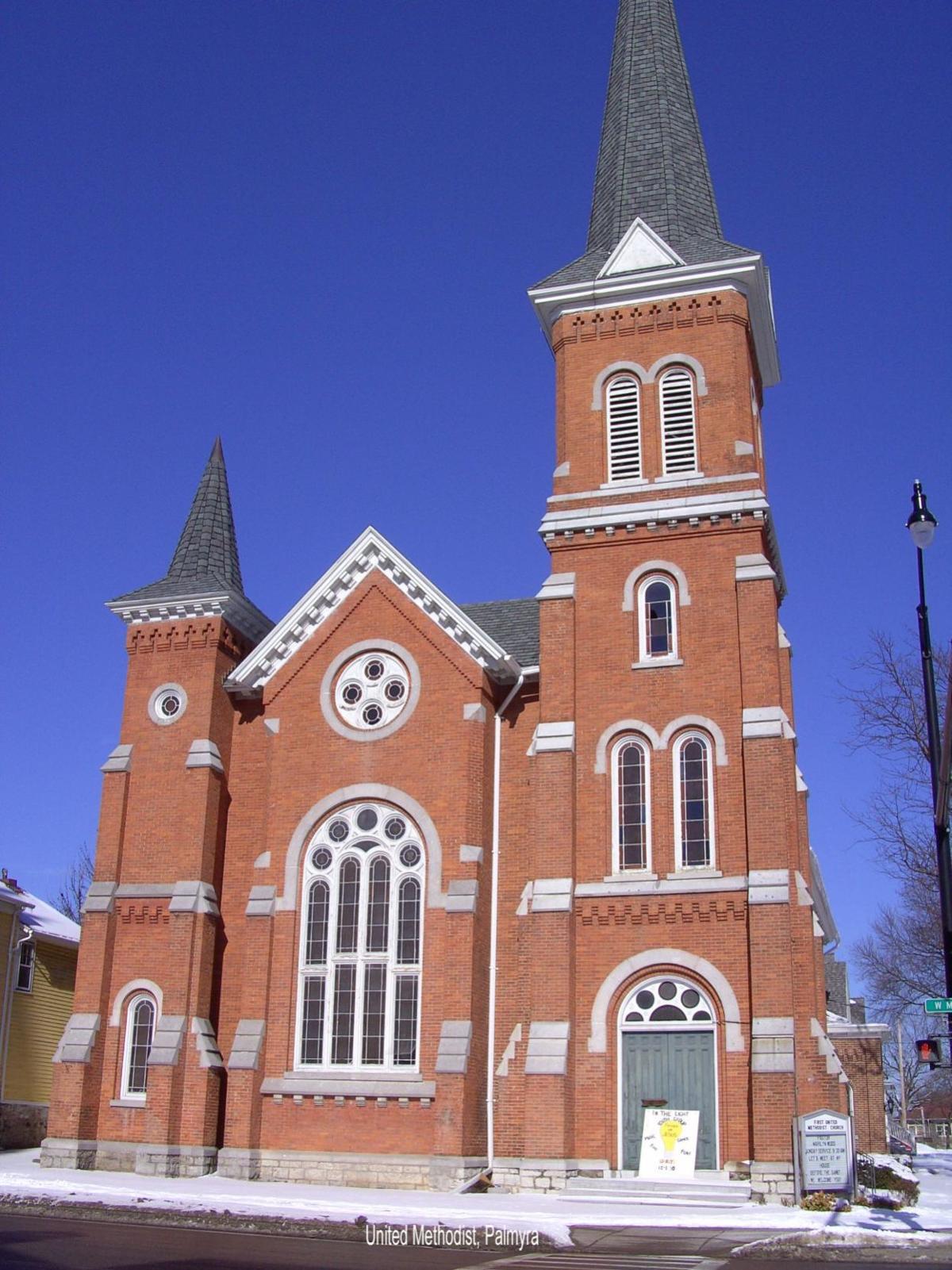 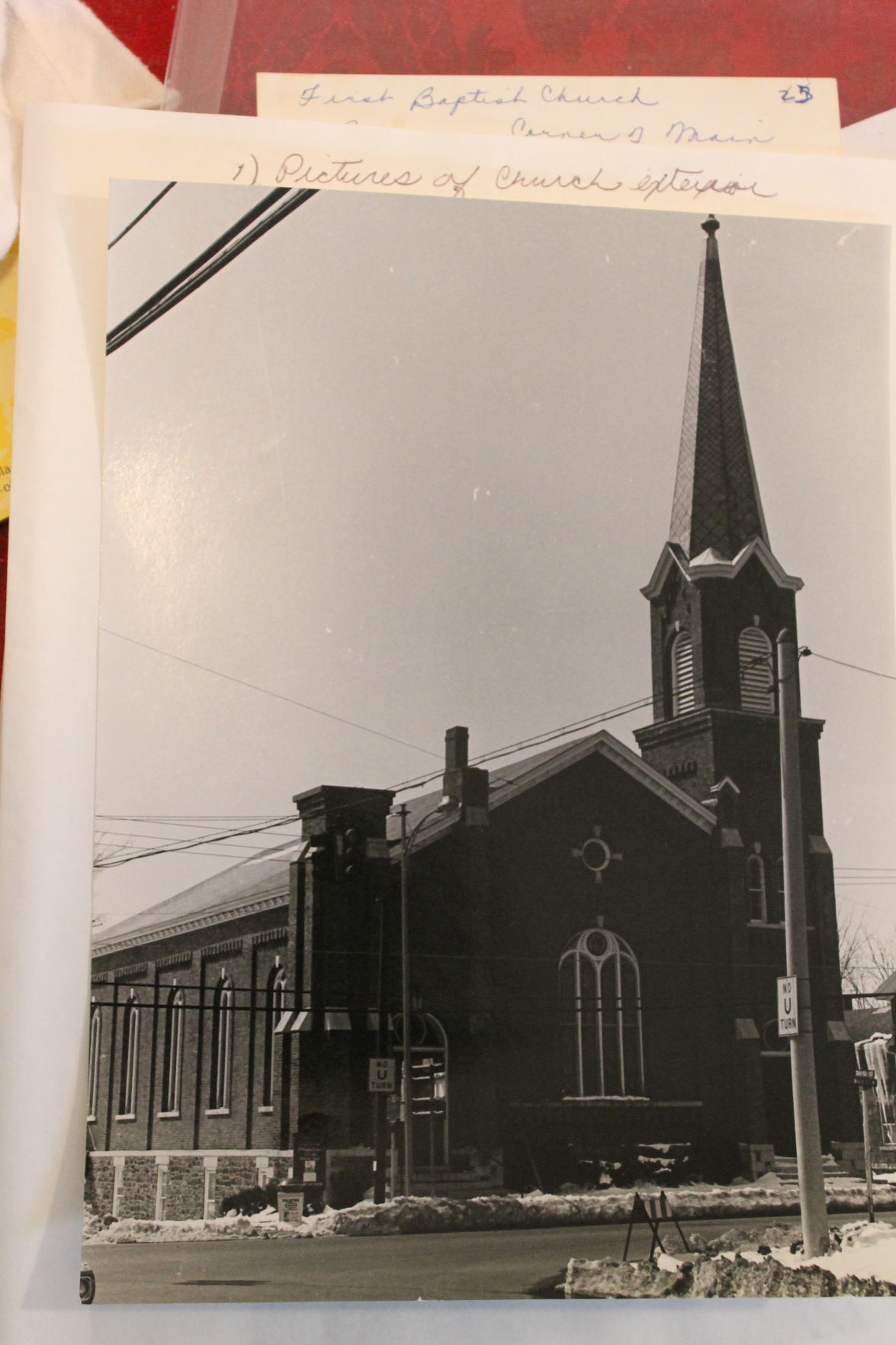 Below is an old picture of the First Baptist Church on the four corners in Palmyra. 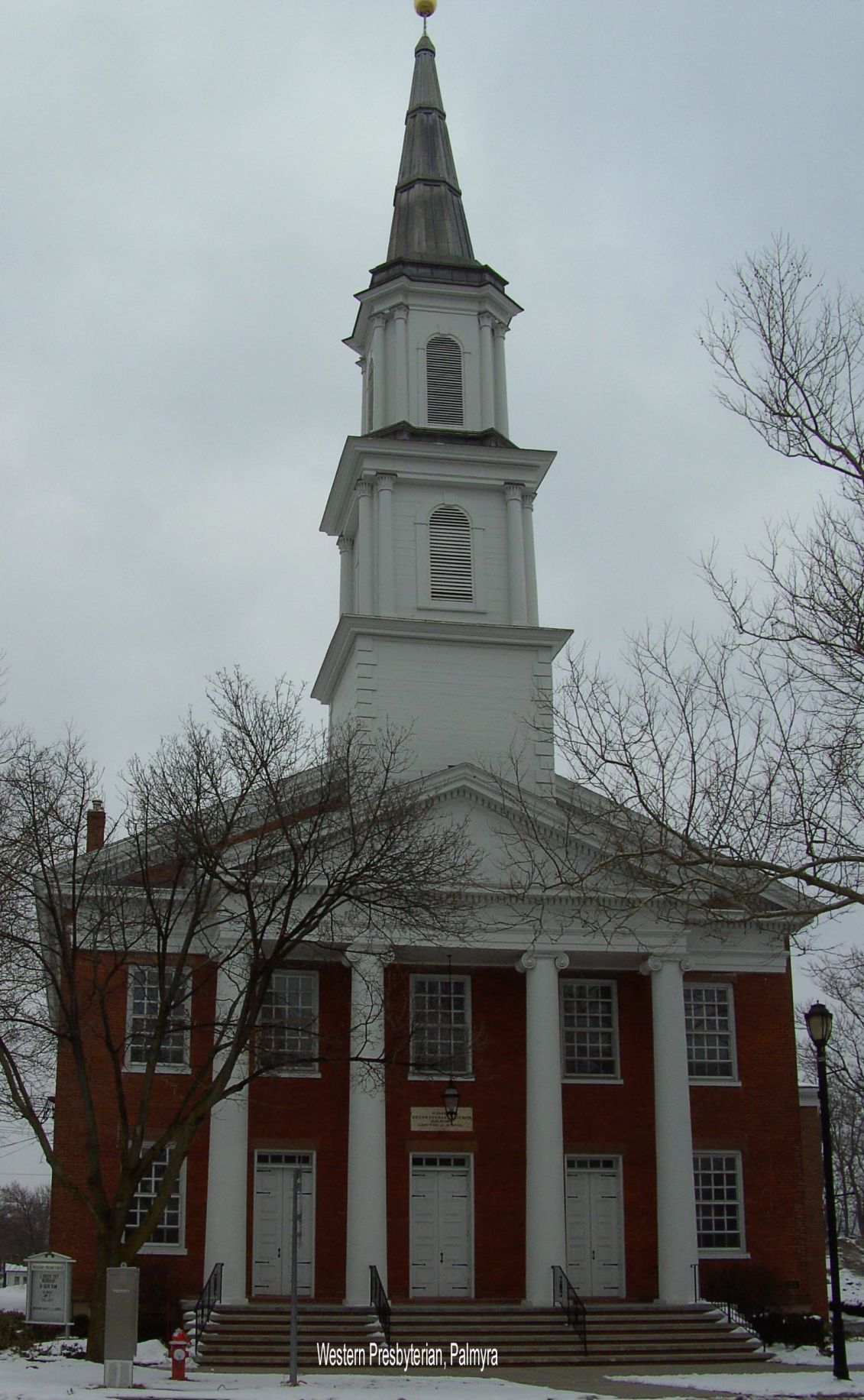 The Western Presbyterian Church in Palmyra. 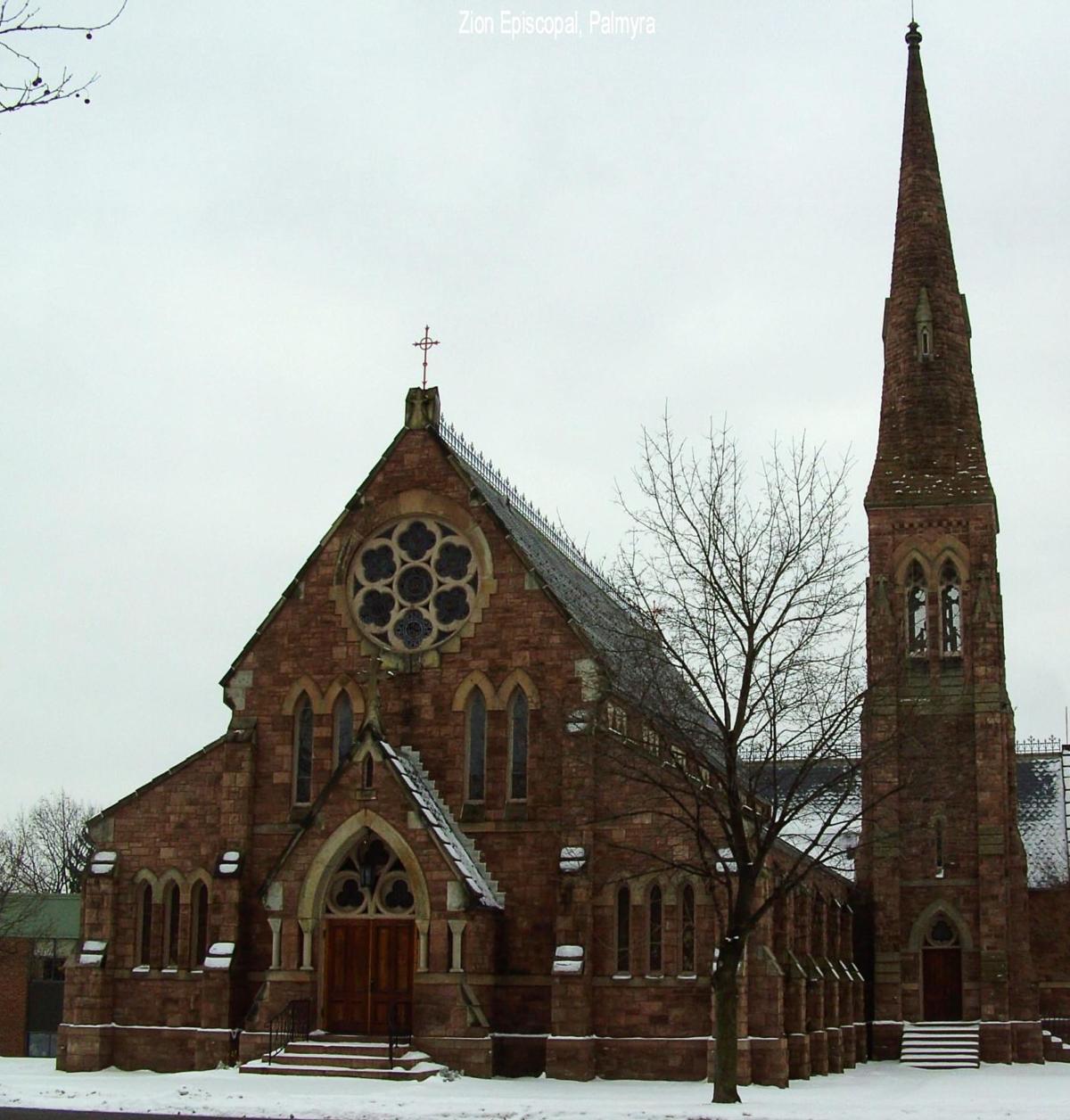 Below is an old picture of the First Baptist Church on the four corners in Palmyra.

The Western Presbyterian Church in Palmyra.

It was not a new thing that had just happened. In 1938, when the cartoon came out, there had been four churches on four corners for 70 years. Ripley’s cartoon just documented the uniqueness of the location. The number of churches in a small area has given the intersection the nickname “God’s Corners.”

The centralization of churches started in 1827 when the Zion Episcopal Church, organized in 1823, decided to build a wooden, two-story building on the southeast corner of Main Street and Canandaigua Road (Route 31 and Route 21 South). The 40-foot-by-35-foot building with galleries on three sides was built to Bishop Hobart’s design and was consecrated by him on Feb 1, 1828. In 1870 the church decided to build a new, larger building and hired a New York City architect. Made of Medina sandstone, the new building was 52-feet-by-120 feet and was built over the foundation of the previous building. There is a tree stump in the basement from a tree which was cut down to make room for the new church. A 20-foot-by-33-foot chapel was built on the Canandaigua Street side near an ossuary built by then pastor, John Webster, a former carpenter. In 1873 a tower 18 feet square and 125 feet tall was given by George W. Cuyler and built by Mr. Jones after the mason arrived from England. He went on to build other prominent stone buildings.

The second arrival on the four corners was the Presbyterian Church. It separated from the East Palmyra Presbyterian Church in 1817 and began meeting in the Union Hall on Church Street. The church continued to meet there until the Hall burned about 1830. In 1832, the congregation began work on a new brick church on the northeast corner of “God’s Corner.” The lumberman, Guerdon Smith, cut and prepared 22 44-foot sticks in four days for the building’s framing. The said “sticks” were 8-by-10-by-44 feet. They were cut and shaped with hand tools and delivered on site in four days. It was dedicated in 1834 and is now the oldest church building still in use as a church building in the town of Palmyra. It is one of very few churches in Wayne County that still has its original balconies. In 1849 Clarissa Hall and Leonard Jerome, grandparents of Winston Churchill, were married in the church. Some believe the building served as a stop on the Underground Railroad, although church historian Betsy Lewis says the only evidence she has located in extensive research is the fact that one of the pastors, Horace Eaton, 1848-1879, was an ardent abolitionist.

A new brick church, 90-feetby-52-feet, with a 120-foot-tall spire, was erected in 1871 and dedicated in March of that year. This church was known for its stance on slavery. In a 1845 church meeting the congregation passed a resolution stating: “We cannot co-operate with the American Baptist Home Mission Society while it stands pledged to appoint slave holders for missionaries…. We consider American Slavery a system of aggravated wrong, injustice and oppression, subversion of the benevolent principles of the gospel.” During the Civil War, 27 church members enlisted and were in battle. This is the newest building on the four corners. In 2015 the First Baptist Church closed and reopened as the Fellowship Baptist Church. In 2016 it reopened as Shepherd’s Heart Fellowship and in 2018 became the Canal Town Community Church.

The last congregation to arrive were the Methodists. The Methodist Church organized as a Society in 1822 and built a frame building on Johnson Street, close to Vienna Street. In the early days on Johnson Street one of the members in winter hitched up a sleigh and went around the neighborhoods gathering people to attend church. The sleigh had boards around the sides for ladies and children. The men stood on runners around the outside, holding hands across the sleigh to keep from falling. The member would make several trips, bringing 30 people to church each trip.

In 1847 the building — sometimes called the “Old Chapel” — was moved to Cuyler Street, south of the Jairus block (about where the bowling alley is.) In 1866 the congregation purchased land on the last and northwest corner (formerly the site of Palmyra’s first tavern) and built a two-story brick building 85-feet-by-52-feet with a wing 69-feet-by-34-feet and a 150-foot-tall spire for a total of $26,000. Over a three-day period of celebration and preaching, about $7,000 was pledged to dedicate the church debt free on Oct. 31, 1867. Sadly, this church closed in June 2019 and is now for sale.

Four churches on four corners ought to be enough for anyone, but, remember, this is God’s Corner. Within a two-block radius are three more active churches, two former church buildings, and the location of another building used for church services. But that is a story for another time.

A retired school librarian, Jorgensen volunteers at the Wayne County Museum of History and elsewhere. She has written a book titled “The First Hundred Churches.”