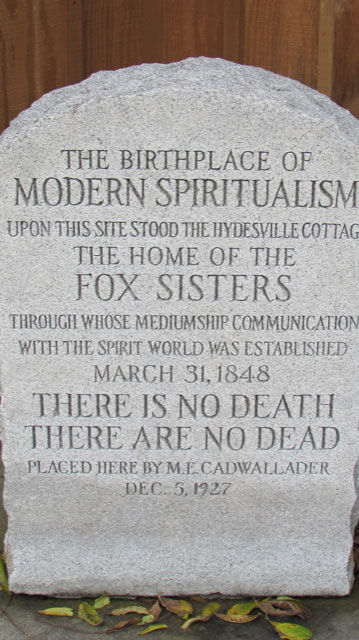 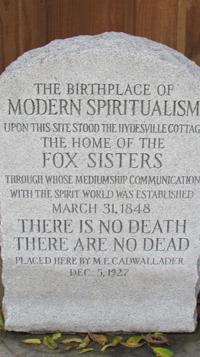 A memorial stone in honor of the Fox sisters is on Hydesville Road in Newark. 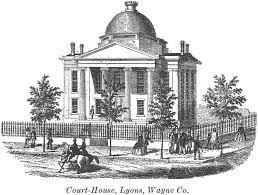 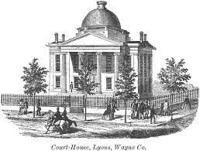 The majestic Wayne County Courthouse was a filming site for the cult film “The Lady in White.” 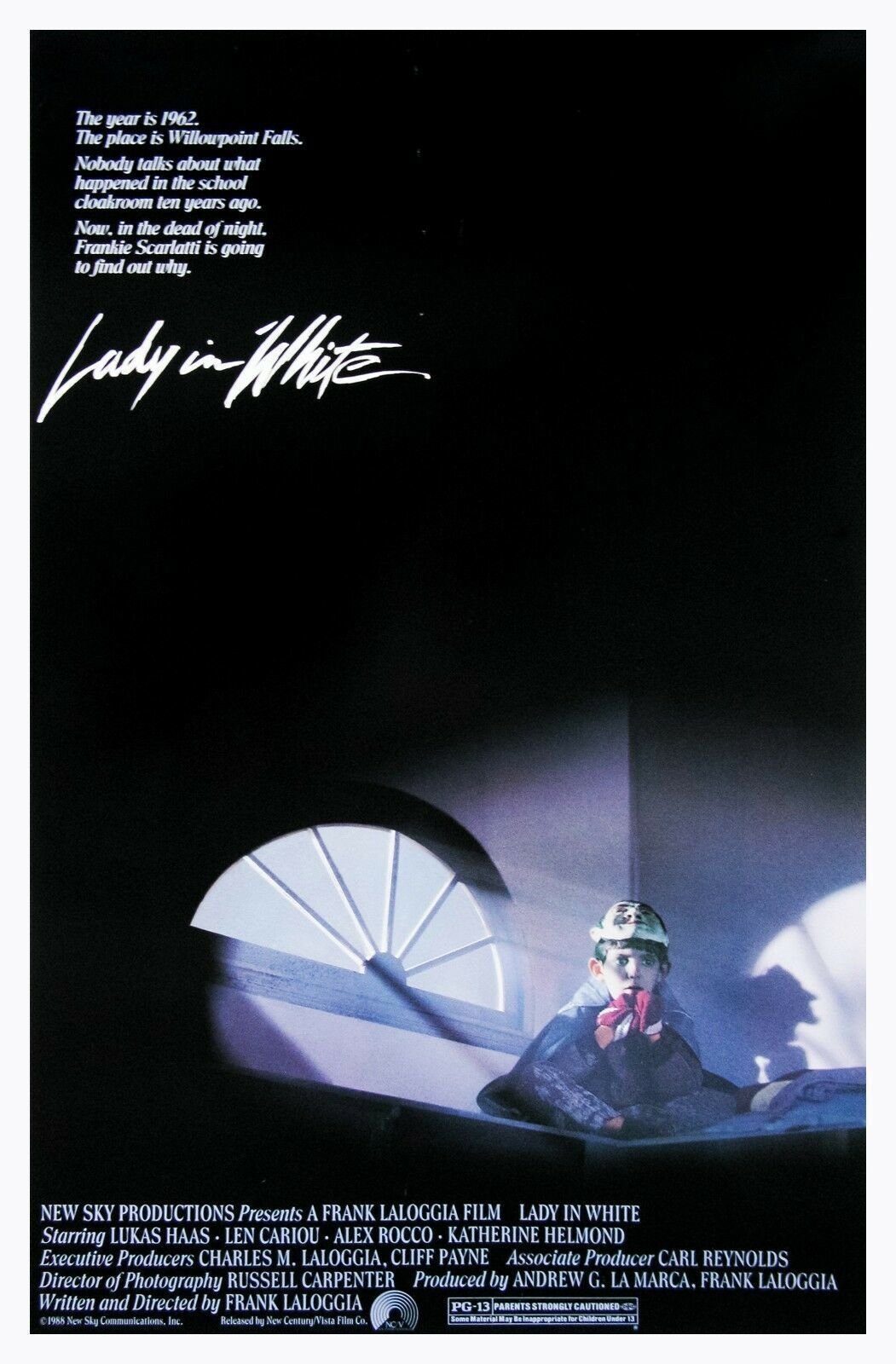 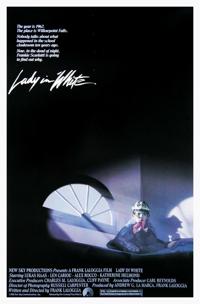 A movie poster for the thriller “Lady in White” film, portions of which were shot in Lyons and Wayne County. 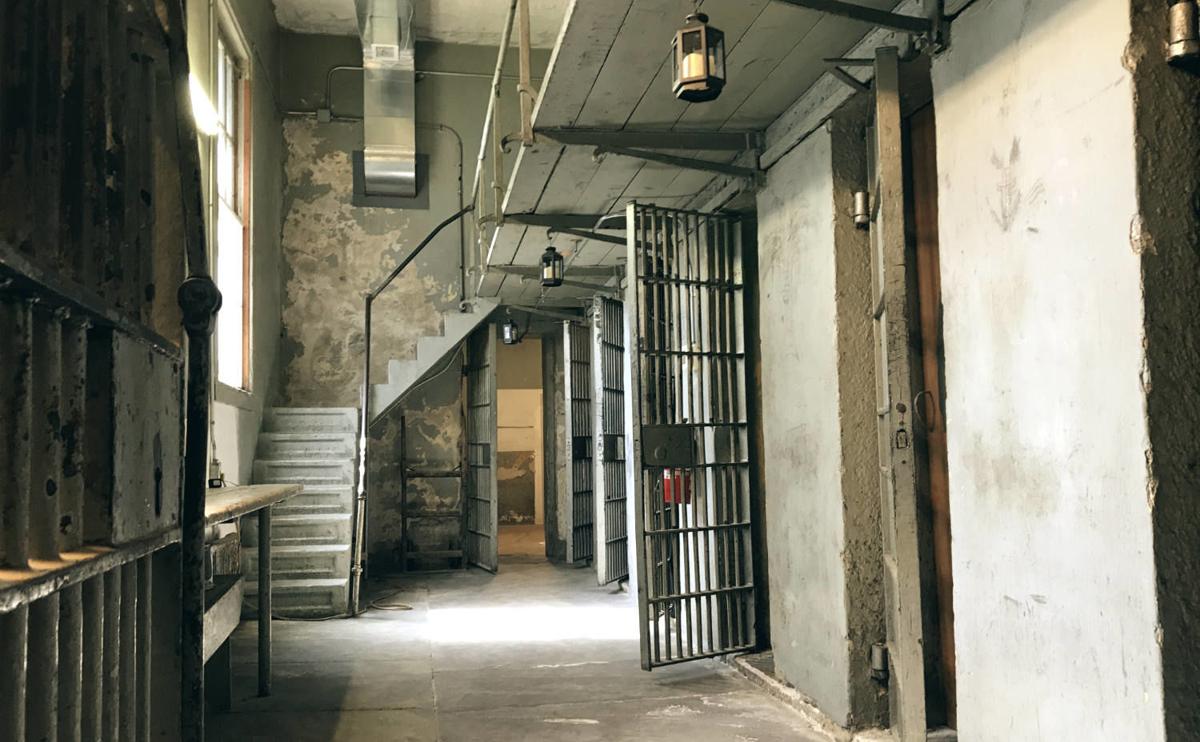 The Wayne County Jail Museum in Lyons will be the site of the “Terror Behind Bars” production Oct. 29-30. 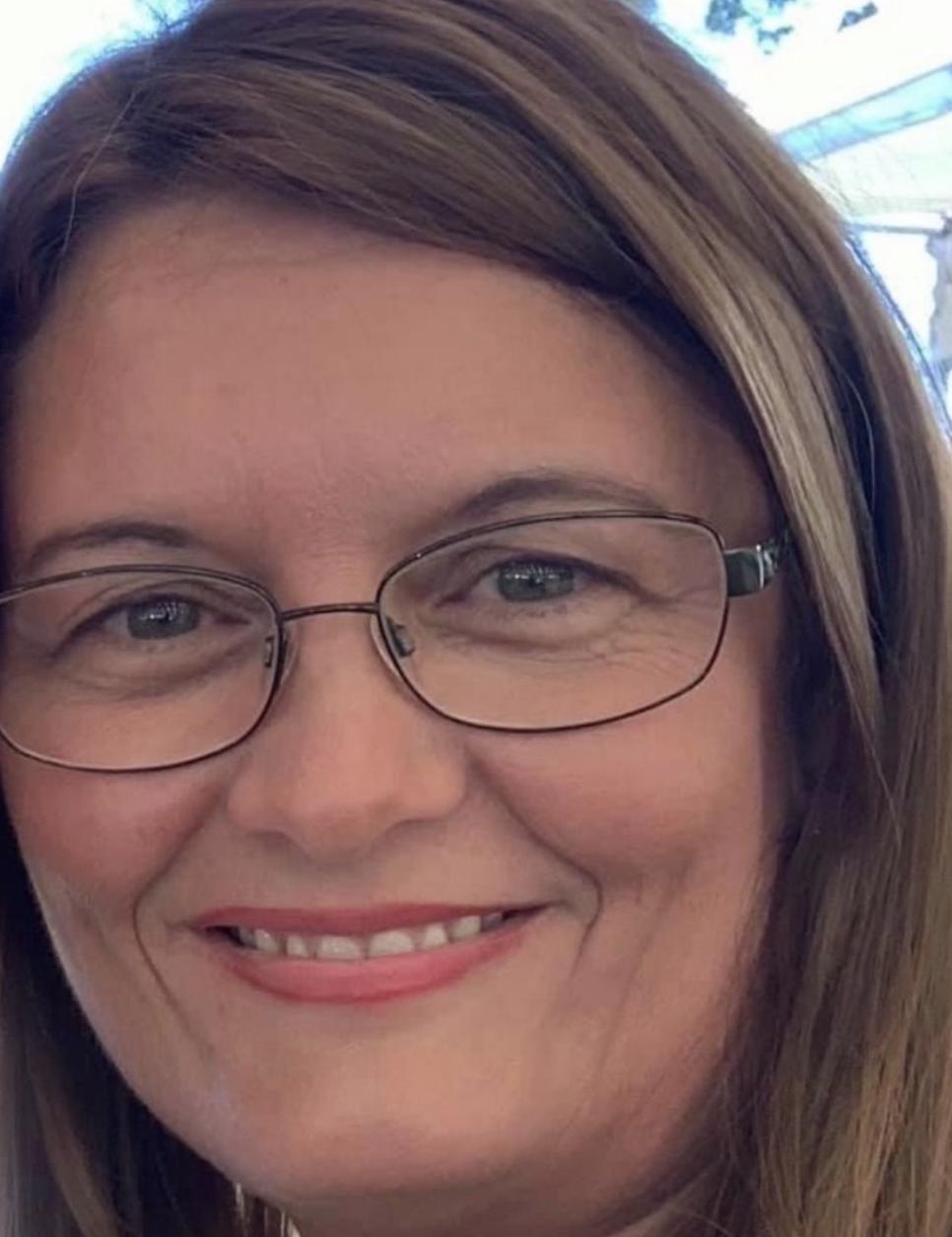 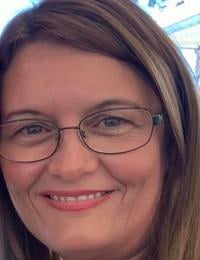 A memorial stone in honor of the Fox sisters is on Hydesville Road in Newark.

The majestic Wayne County Courthouse was a filming site for the cult film “The Lady in White.”

A movie poster for the thriller “Lady in White” film, portions of which were shot in Lyons and Wayne County.

The Wayne County Jail Museum in Lyons will be the site of the “Terror Behind Bars” production Oct. 29-30.

When you think of October, I bet you think of the same things I do: autumn winds, acorns, pumpkins, colored leaves and Halloween.

As Lyons Town Historian, I also think about the supernatural: haunted houses, horror stories, murders, asylums and the morgue. OK, so maybe not all that. However writing this article made me consider what does Lyons have that is so frightful? What are we hiding from our past that would make our children scream or cause us to run so fast that we lose our breath?

Each town has something from the historical files that we’ve forgotten about, something we wanted to forget about. However, it’s the perfect time to remember these hauntings, crimes and strange events that have become part of our history. So for my horror story, I’m going to share some of the haunting stories that we’ve sealed behind the vault doors at the Wayne County Historians’ office of Peter Evans.

Wayne County is made up of 15 towns: Arcadia, Butler, Galen, Huron, Lyons, Macedon, Marion, Ontario, Palmyra, Rose, Savannah, Sodus, Walworth, Williamson and Wolcott. Within several of these towns we have six villages including Newark, Palmyra, Red Creek, Sodus, Sodus Point and Walworth. Many hamlets are within these towns as well, and they all hold stories. So let’s dig in and see what we find.

A well-known family in the Newark area starts us off with the rappings from behind a wall that yielded the voice of Charles B. Rosna. Who was he? Margaretta and Catherine Fox could tell you. On March 31, 1848, two young sisters used this form of communication to convince their family (including older sister Leah) and others that they were communicating with the dead. They soon became world famous, known as the Fox sisters.

Modern day spiritualism was born because of what these sisters claimed they could do. However, would they have ever known they had this strange ability if it wasn’t for Rosna, the peddler buried in the cellar wall? Of course digging was done immediately after the girls told his story. But due to flooding, it was continually put on hold. It was not surprising that Rosna was not found, because he wasn’t meant to be discovered until 1904.

Tourists came from all over the world to see the stone wall at 1510 Hydesville Road in Newark. That same wall is now concealed in a modern building that preserves what remains of the historical site’s foundation. Would you have been scared to know that the girls were communicating with the dead? Did a spirit really haunt the home? Well, time would soon tell us the truth.

Long after the Fox sisters died, young children playing in the remains of the old home accidentally witnessed the crumbling of the cellar wall. A fake wall? What a discovery! After all this time the Fox sisters may have been telling the truth. Back then, everyone assumed they should dig, not look behind a fake stone wall. Authorities were called and buried within a hidden third stone wall of the cellar were the human bones of Charles B. Rosna, and his tin box (now on display at Lily Dale Museum).

Years before, he had communicated with the Fox sisters, trying to tell the world about his tale. Rosna was a peddler, 35 years old with a wife and children. He was on a house call at the address when he claims he was murdered there by John C. Bell. The motive was the (approximately) $500 that he had in his pocket. Rosna was laid to rest in an unknown, private location. The mystery was solved, but do you believe it? The proof was discovered, but can we now believe in the haunting of spirits and rappings as a form of communication?

Now, let’s visit Lyons. Are you ready for the tale of a gruesome murder? Probably not, however, let me tell you the tale of the “Lady in White.”

The story is based on a version of the Lady in White legend, concerning a woman who supposedly searches for her daughter in Durand-Eastman Park. How does this impact Lyons? We made history for our part in the filming of this haunting tale. Lyons is the county seat for Wayne County and is home to the Wayne County Courthouse. Originally built in 1824, the first courthouse and jail was a two-story brick building in the village square of Lyons. It was rebuilt in the mid 1850s. Constructed at the end of the Greek Revival period, it features a crowned dome, long stately entrance columns and a classic flight of stone steps. Its interior details are equally beautiful, with raised garland designs at the ceilings, and the large old courtroom on the second floor preserved for the most part in its original appearance.

The 1988 film was a supernatural mystery film directed, produced and written by Frank LaLoggia. The plot follows a schoolboy in 1962 upstate New York who becomes embroiled in the mystery surrounding a series of child murders after he witnesses the ghost of a young girl who was murdered in his school’s coat closet. Much of the filming took place in Lyons, which took advantage of the appropriate local lore and scenery.

“Lady in White” became a cult film, although it bombed at the box office despite great reviews from critics. Lyons has beautiful scenery that draws certain types of movies to our area. Unfortunately, even the horror movie “Slugs” (about killer slugs on the rampage in a rural community), was a failure at the box office; a fair amount of that film also was set in Lyons. Judge these films for yourself; they are available at most local public libraries. Seeing a film on the big screen, however, is priceless, especially when it was partly created in your hometown or neighboring community. Watch for a special showing at Ohmann Theatre in Lyons of “The Lady in White;” check their website at Ohmanntheatre.com for details.

There are a few museums that may also be of interest during the spooky month of October.

The Historic Palmyra William Phelps General Store & Historic Palmyra Historical Museum on Market Street in downtown Palmyra is said to be one of the most haunted places in the Finger Lakes. At this museum, guests can explore the 23 rooms of the old hotel that was moved to its current location at 132 Market St. after a 1964 fire killed a young mother and her six children. Visitors may encounter the ghostly laughter of the children as they run from room to room, playing hide and seek. If you don’t hear the children, maybe it’s the local bartender or his barmaid. Many war heroes or canal workers are also said to be haunting the halls of this building that was built in 1826. Do you dare enter? For more information on this haunted museum call (315) 597-6981.

The Wayne County Jail Museum in Lyons, that sits on the hill of Butternut Street, has so much to offer. On Oct. 29 and 30, between 6 and 9 p.m., stop in for “Terror Behind Bars — A New Wayne County Haunt.” According to Museum Director Rhea Hayes, this is a new twist on the Museum’s beloved past attraction “The Haunted Jail.” For more than 100 years, the old jail and sheriff’s residence housed an array of inmates, some of whom were doing hard time behind bars. Attendees will walk though the dark jail and experience the terror of when all hell breaks loose. Visit waynehistory.org for more information on this exciting museum and to learn more about the hauntings of Wayne County.

Guest is the Lyons Town Historian, a member of the Wayne County Bicentennial Committee and director of the Lyons Main Street Program.