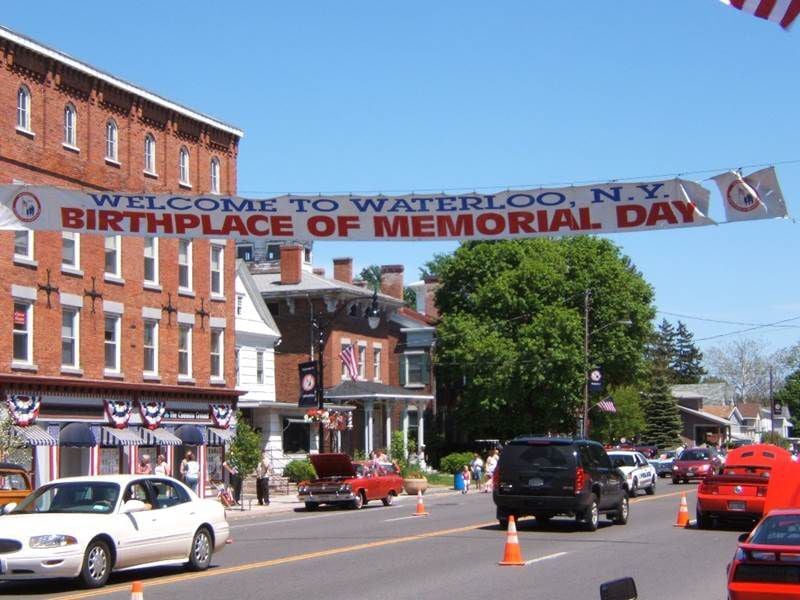 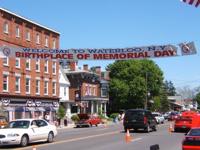 A banner proclaiming Waterloo the birthplace of Memorial Day hangs over Main Street in 2018. 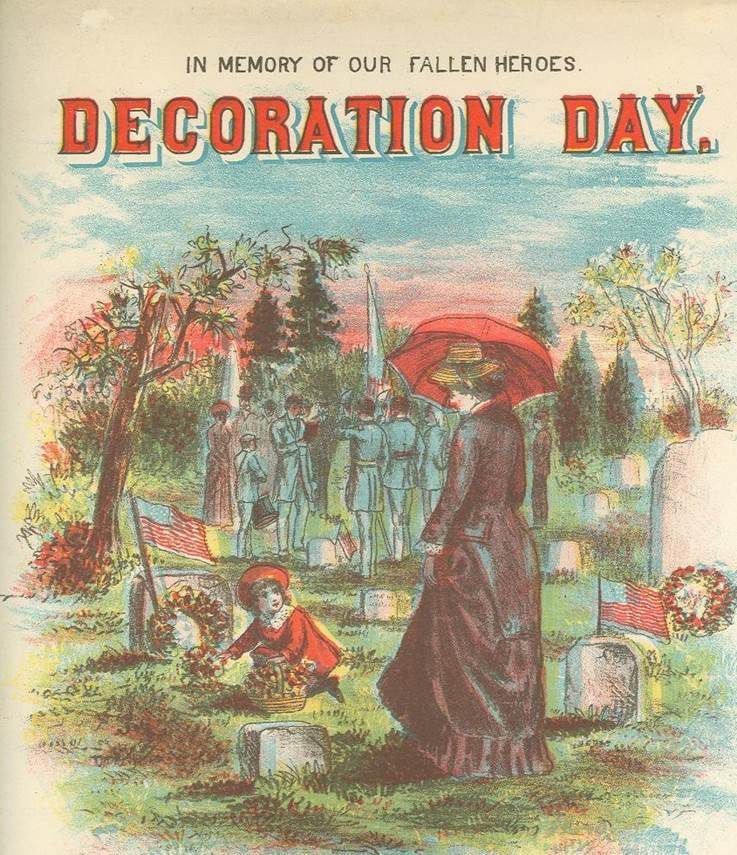 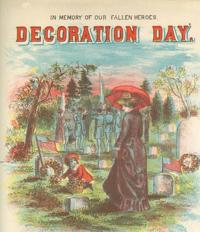 An old postcard commemorating Memorial Day, which was previously known as Decoration Day. 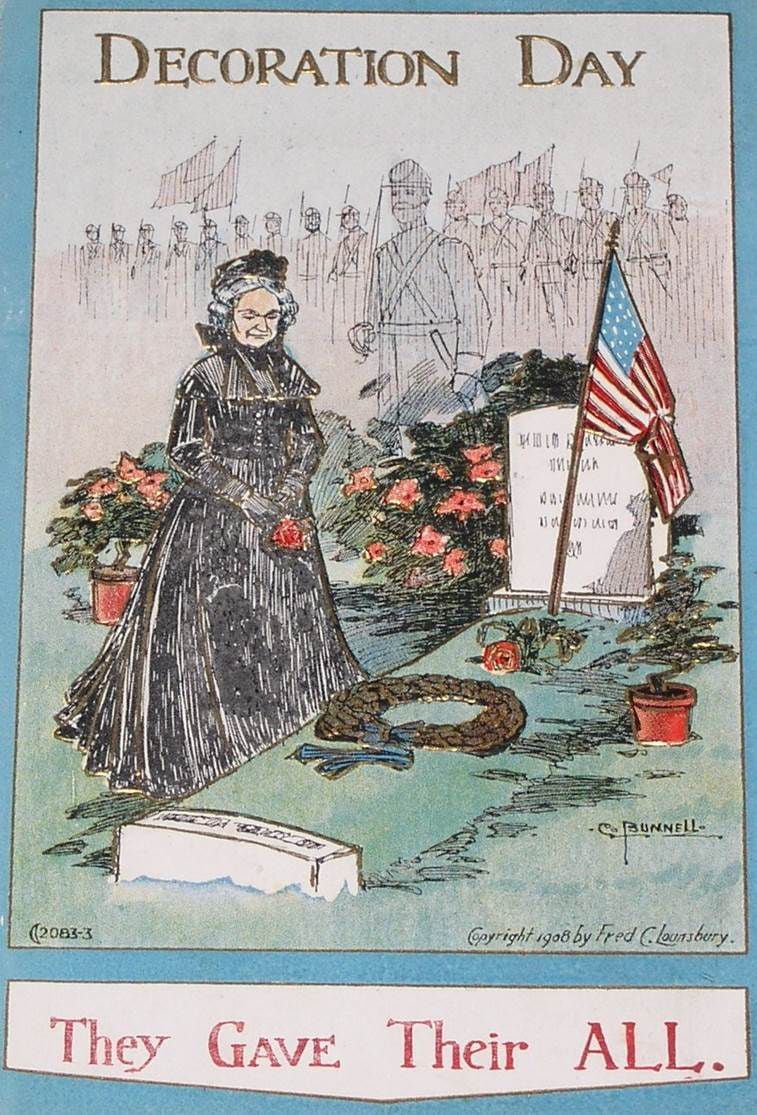 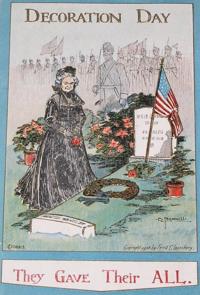 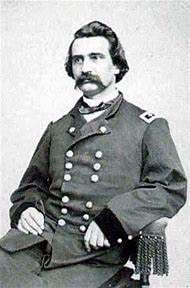 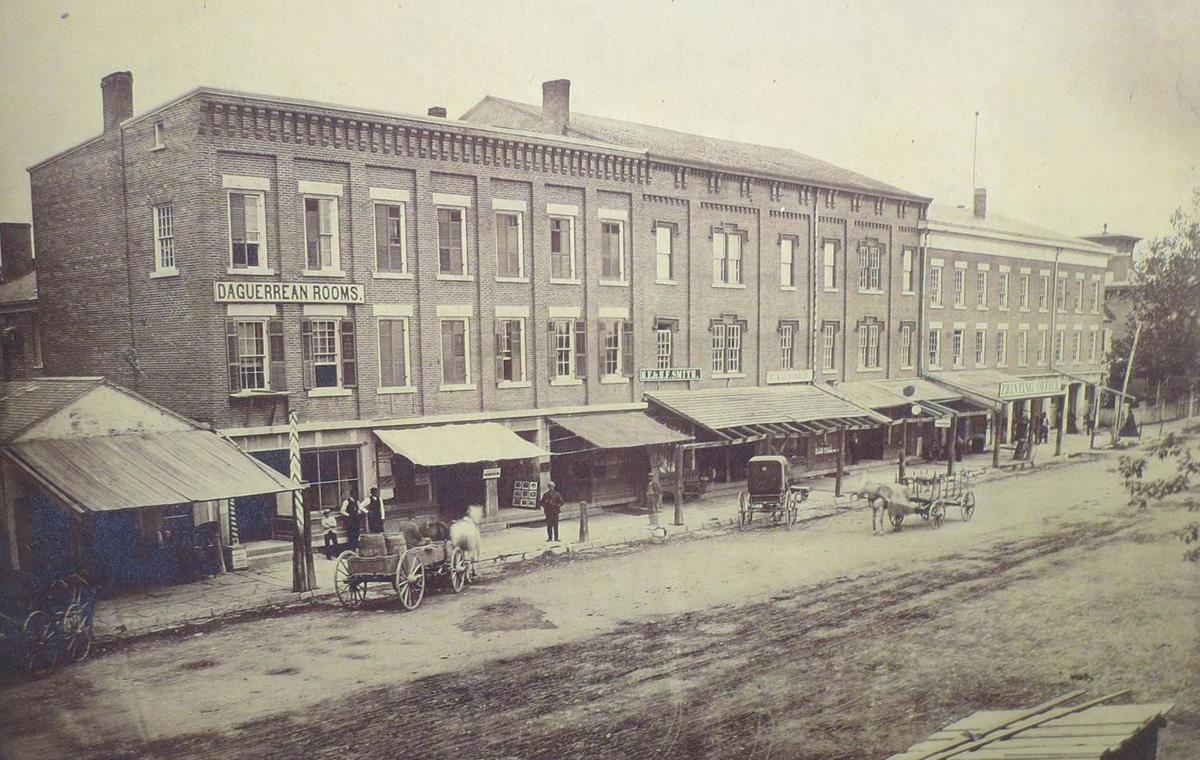 East Main Street in Waterloo in 1866.

A banner proclaiming Waterloo the birthplace of Memorial Day hangs over Main Street in 2018.

An old postcard commemorating Memorial Day, which was previously known as Decoration Day.

East Main Street in Waterloo in 1866.

Memorial Day is officially a day of remembrance for those who have died in our nation’s service during wartime. For many Americans, however, Memorial Day weekend marks the unofficial beginning of summer.

That is not so in the Seneca County community of Waterloo, which has been officially recognized as the birthplace of Memorial Day. On May 30th each year — regardless of which day of the week that date occurs — Waterloo residents gather for a parade and solemn cemetery event. This is perhaps just one of several things about Waterloo as the birthplace of Memorial Day that you might not have known.

Probably all local residents know the basic information regarding Waterloo as the birthplace of Memorial Day. It was on May 5, 1866 that the events took place there, inspired by local druggist Henry C. Welles. Businesses were closed and people marched to the three cemeteries in the village and placed flowers on the graves of Civil War dead. Similar events took place one year later.

But there is much more to the story.

First of all, when we say that Waterloo was the birthplace of Memorial Day, this national holiday we celebrate today was actually first known as Decoration Day. The preferred name gradually changed from Decoration Day to Memorial Day after World War II. The official name of Memorial Day was proclaimed by federal law in 1967. Then the Uniform Monday Holiday Act of 1968 moved Memorial Day to the last Monday in May starting in 1971.

Another less well-known fact is that several places other than Waterloo claim to be the birthplace of Memorial Day. In the summer of 1864 in Boalsburg, Pa., women put flowers on the graves of their own Civil War dead from the nearby battle of Gettysburg, as well as other battles. In April 1865 some women in Vicksburg, Miss., went to the cemetery to decorate the graves of soldiers. In May 1865, women in Winchester, Va., formed the Stonewall Jackson Memorial Association and decorated all the graves in the Confederate Cemetery. On April 25, 1866, women in Columbus, Miss., went to Friendship Cemetery — the burial ground for the battle of Shiloh — and laid flowers on both Union and Confederate graves. On April 29, 1866, in Carbondale, Ill., 219 Civil War veterans marched to the Carbondale Woodlawn Cemetery, where General John A. Logan (national commander of the Grand Army of the Republic, the national organization of Union veterans of the Civil War), gave the principal speech.

With all these other places claiming to have founded Memorial Day, how can Waterloo assert itself as the birthplace of this national holiday?

Probably a major reason why Waterloo was recognized officially as the birthplace of this national holiday is because a planned event first took place on May 5, 1866, and has continued every year since. Another factor is the direct connection of the Waterloo events to General John A. Logan’s General Order No. 11. In that order, Logan (the national commander of the GAR) instructed all local GAR posts nationwide to conduct some kind of decorating on May 30 of the graves of “comrades who died in defense of their country during the late rebellion, and whose bodies now lie in almost every city, village, and hamlet churchyard in the land …”

Henry Welles had worked with John B. Murray, who was the Seneca County clerk at the time and had been a colonel in the Civil War. Murray was a good friend of Logan’s and Murray had told Logan about what Waterloo had done in both 1866 and 1867.

Something that you might not know about that May 5, 1866, event was that it was an oppressively hot day. Given that fact and that people in those times wore extensive — and warm — clothing, and that the ceremonies at the three cemeteries were “somewhat long,” it should not be surprising that “several persons were exhausted before the ceremonies were closed.”

Welles was among them and it is said that he never recovered from the effects. He died in July 1868.

It was in 1915 that Moina Michael began the practice of wearing red poppies on Memorial Day to honor those who died serving the nation during war. Shortly before Memorial Day in 1922, the Veterans of Foreign Wars became the first veterans’ organization to sell poppies nationally. Two years later, their “Buddy” Poppy program was selling artificial poppies made by disabled veterans. In 1948, the U.S. Post Office honored Michael for her role in founding the national poppy movement by issuing a 3-cent stamp with her likeness on it.

To help re-educate and remind Americans of the true meaning of Memorial Day, Congress passed the “National Moment of Remembrance” Resolution in December 2000. It asks that at 3 p.m. local time all Americans “voluntarily and informally observe in their own way a moment of remembrance and respect, pausing from whatever they are doing for a moment of silence or listening to ‘Taps.’”

Let us all hope that our Memorial Day weekend this year will be like the first Memorial Day in Waterloo — “beautiful; the birds gaily singing; the air sweet with the perfume of flowers; the trees resplendent in their green foliage; all nature seemed to be fitted for this sacred duty.”

Hopefully, each of us will enjoy the upcoming weekend. If you haven’t already planned to pause from your relaxation to reflect and honor all soldiers who have died in service for our country, you can still do so at 3 p.m. on Monday, May 28 — the National Moment of Remembrance.