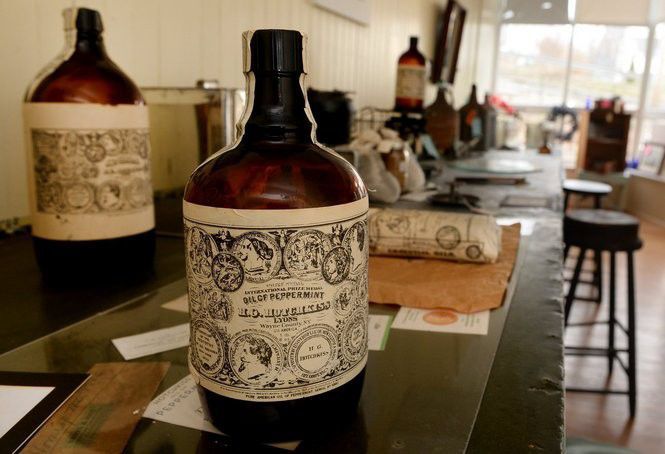 Peppermint oil in the bottling and labeling room at the Hotchkiss Museum in Lyons. 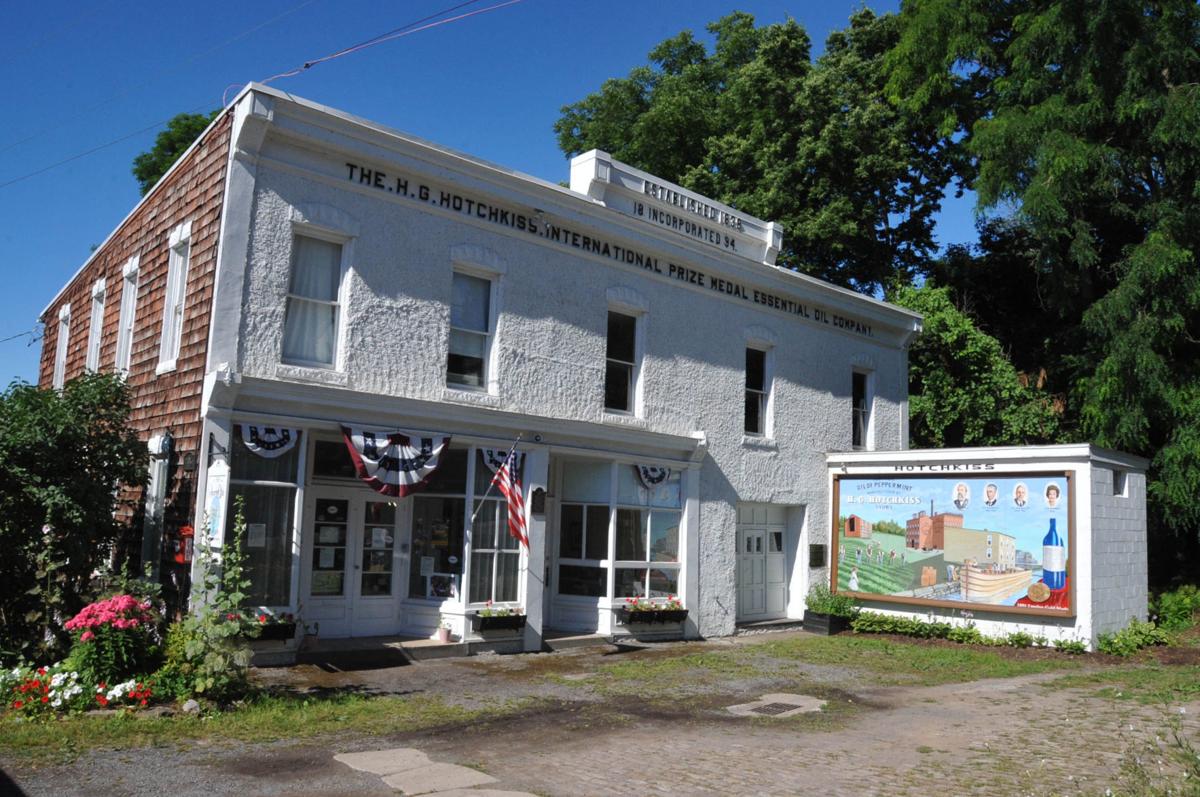 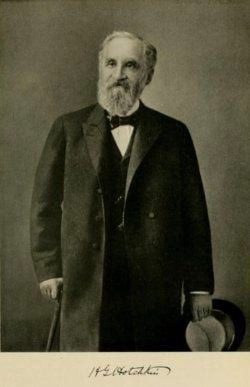 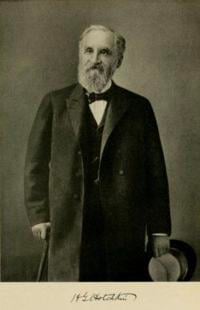 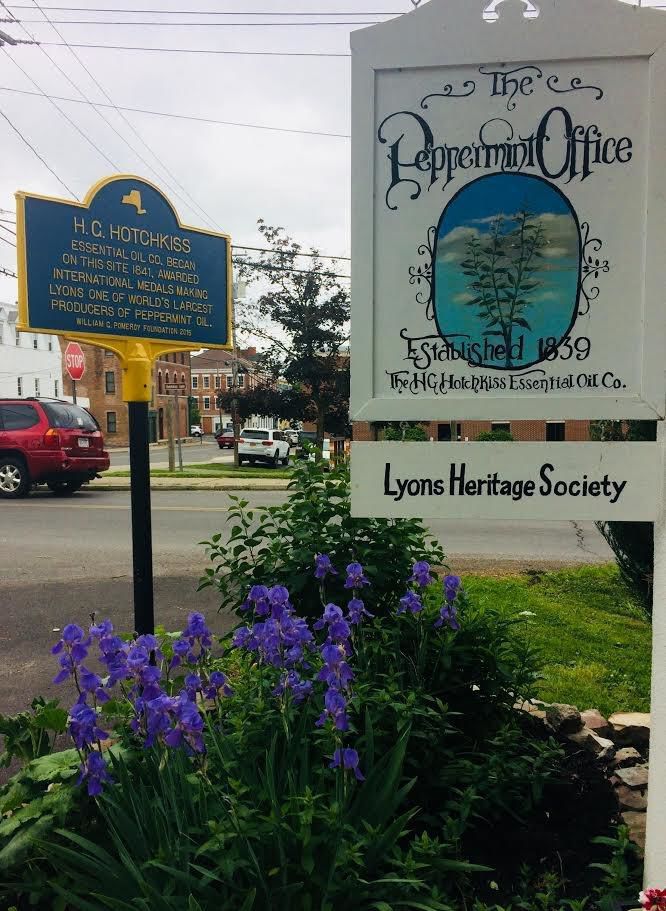 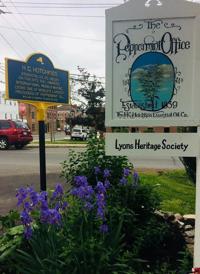 The historic marker (above left) recognizes the one-time importance of Lyons as the peppermint capital of the world. 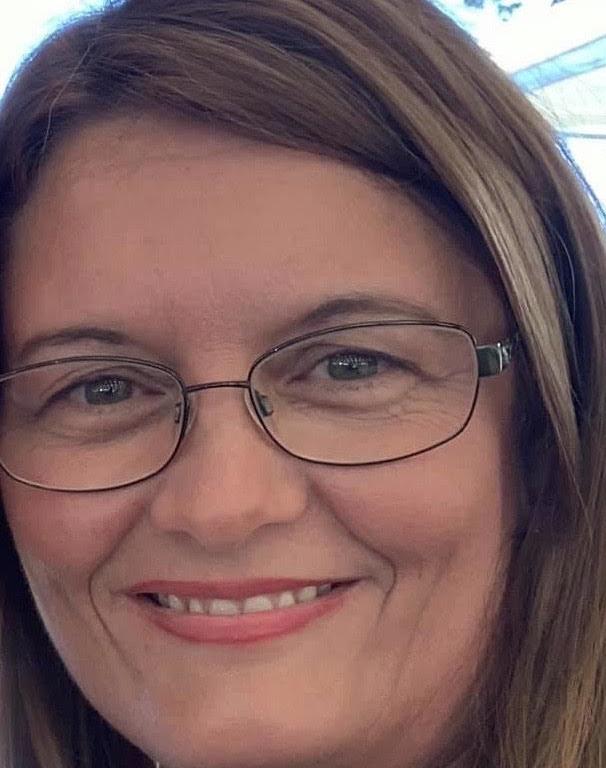 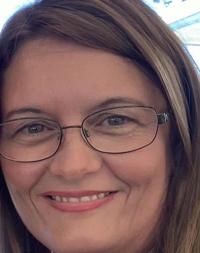 Peppermint oil in the bottling and labeling room at the Hotchkiss Museum in Lyons.

The historic marker (above left) recognizes the one-time importance of Lyons as the peppermint capital of the world.

First settled in 1789, Lyons was formerly known as “The Forks” because of the confluence of the Canandaigua Outlet and Ganargua (Mud) Creek that formed the Clyde River.

That quickly changed in 1796 when Charles Williamson, a land agent, gave the settlement the name of Lyons. He claimed that the water outlets reminded him of the Saone and Rhone rivers in Lyon, France. It would be about 43 years later before one of our more famous residents would make his impact on our community.

Hiram Gilbert Hotchkiss was born on June 19, 1810 in Oneida Castle, Oneida County, New York. In 1839 Hiram and his brother Leman opened a general store in Phelps. Soon thereafter a Yankee peddler by the name of Jim Burnett, from Ashfield Mass., discovered wild peppermint growing. Burnett, remembering how the Massachusetts farmers cultivated the plant and made oil, gave it a try. Soon, some local farmers were also trying their hand at crude “stilling.”

As small quantities of the oil accumulated, the farmers began taking it along with their wheat to the Hotchkiss store, where Hiram accepted jugs of the oil in trade for goods. Soon, the brothers had accumulated 1,200 pounds of peppermint oil. Because of the Erie Canal, Hiram decided to take an oil sample to New York City, where he learned that the distribution point for essential oils and the largest supplier was in Mitcham, England. Disappointed, he returned to Phelps but quickly decided to send his sample to Hamburg, Germany to be tested — where it was found to be the purest in the world with the best flavor. Domestic oil wasn’t as good as European oil and there wasn’t a large market for it in the U.S., however orders started to come in from Europe for Hotchkiss peppermint oil. The first order was for 2,000 pounds to Rotterdam, Netherlands.

In 1841, Hiram started a second business in Lyons. Three buildings would comprise the company. The first building was originally built in 1812 by the Leach Brothers. Hiram rented the building for use as an office and eventually purchased it in 1884. This is the building we have come to know as the Hotchkiss Peppermint Museum. The second building, on the north side of Water Street, is where Hotchkiss established the Hotchkiss Essential Oil Company. This space was used for bottling as the business expanded. The third building, built in 1862, is known as the vault and bottling building and was constructed when the business was booming. The original cornerstone from that building is available for viewing at the Peppermint Museum; the structure was eventually replaced by the Department of Social Services in 1970.

During the product’s heyday, local farmers were encouraged to grow peppermint and Hotchkiss himself had three large fields — on Leach Road, Pilgrimport Road and Forgham Street in Lyons. During the 1850s-1890s peppermint was the largest cash crop in Wayne County.

As the business took off, the peppermint oil was bottled in dark blue, lipped glass that held 21 ounces and manufactured by Ely Glass Works in Clyde. The bottles were blown for the company from its own molds. Several other glass companies were used in later years, including Reed Company in Rochester.

The standard for quality of the Hotchkiss peppermint oil has been a well-kept family secret. The entire process of its preparation has remained very similar to the original recipe used by the first Hiram Gilbert Hotchkiss.

Peppermint oil has many uses — as dentifrices, ointments, cold remedies, gum, pharmaceutical products and for making confections. To obtain your own Hotchkiss peppermint essential oil you can contact the museum’s Peppermint Shoppe at (315) 879-7617 or Dobbins Drugs in Lyons at (315) 946-6691.

For more than 140 years the purest, best tasting peppermint oil in the world was processed and sold by the H.G. Hotchkiss Essential Oil Company of Lyons. Today, we try to keep the memories from that era alive as we celebrate every July with “Lyons Peppermint Days,” a festival that brings our community together and invites surrounding neighbors to enjoy our rich peppermint history.

Currently, the Peppermint Museum is closed for the winter, but it will soon reopen once the pandemic passes — hopefully at the end of May or in early June. An open house is being planned for “Path Thru History,” which usually takes place on Father’s Day weekend.

To learn more about the Hotchkiss family or the Peppermint Essential Oil of Lyons, please contact the Lyons Town Historian at lyonstownhistorian@gmail.com or the Lyons Heritage Society at (315) 879-7617.

Guest is the Lyons town historian.

1838: Brothers Leman and Hiram Hotchkiss started their business in Phelps.

1860: Hiram is producing one third of the peppermint oil in the U.S. and dominating in trade

1891: - Fire breaks out on second floor where workers are making crates

1982: Company is sold to William Leman and Company of Bremen, Ind.

1987: Hotchkiss building is named to the National Register of Historical Places (it’s said to be the only building of its kind in the U.S.)

1991: Building is donated to Wayne County by Anne Hotchkiss

2011: Wayne County gives the building to the Village of Lyons; it's then turned over to the Lyons Heritage Society