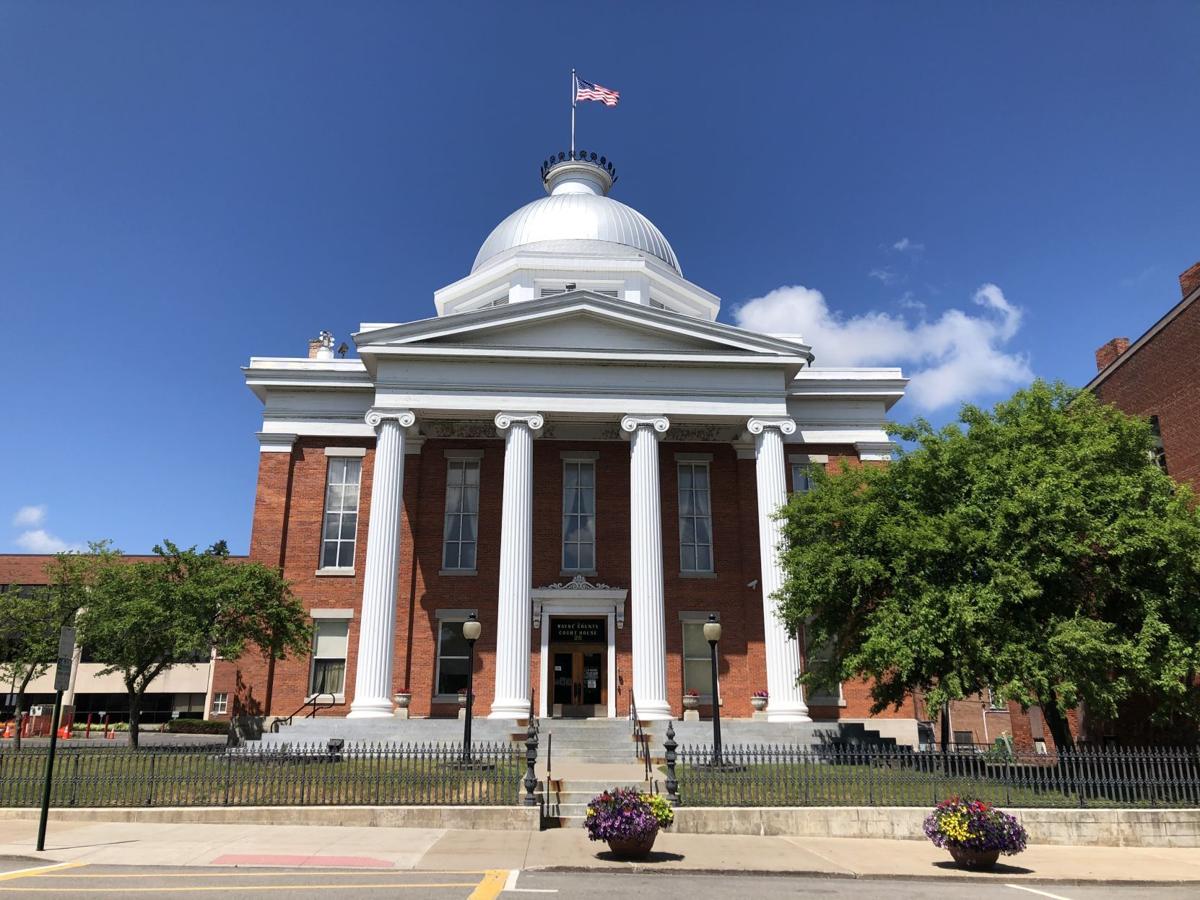 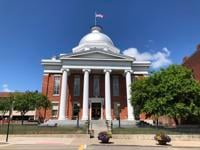 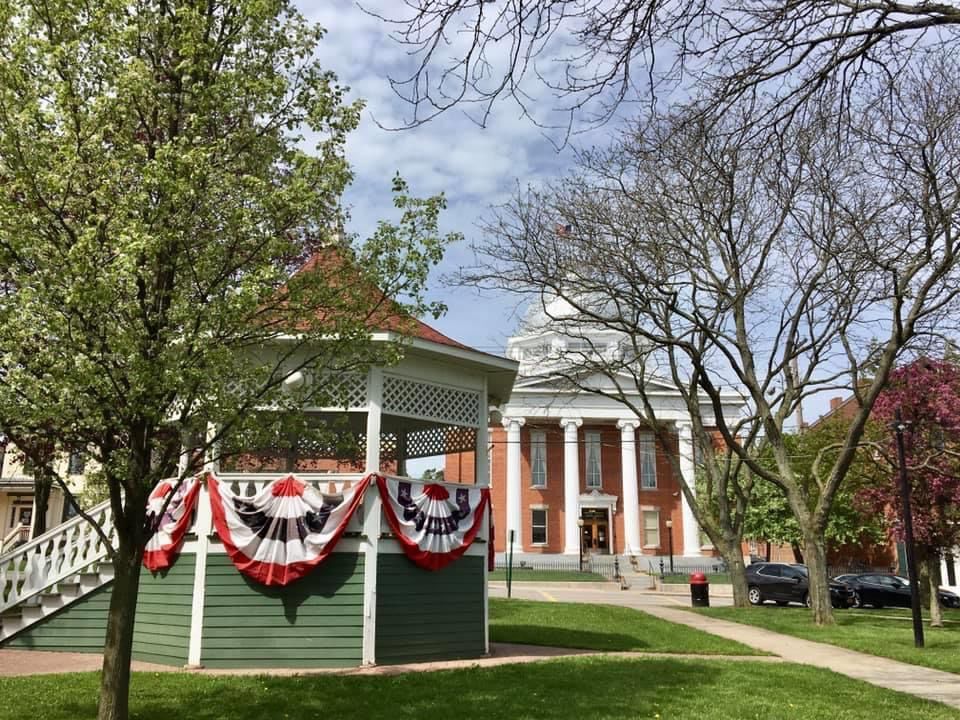 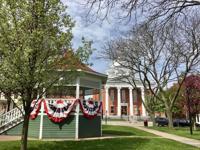 This is the second courthouse constructed in the Wayne County seat of Lyons. On April 11, 1853, it was decided that a new courthouse would be built on the north side of the public square. It opened in 1854. 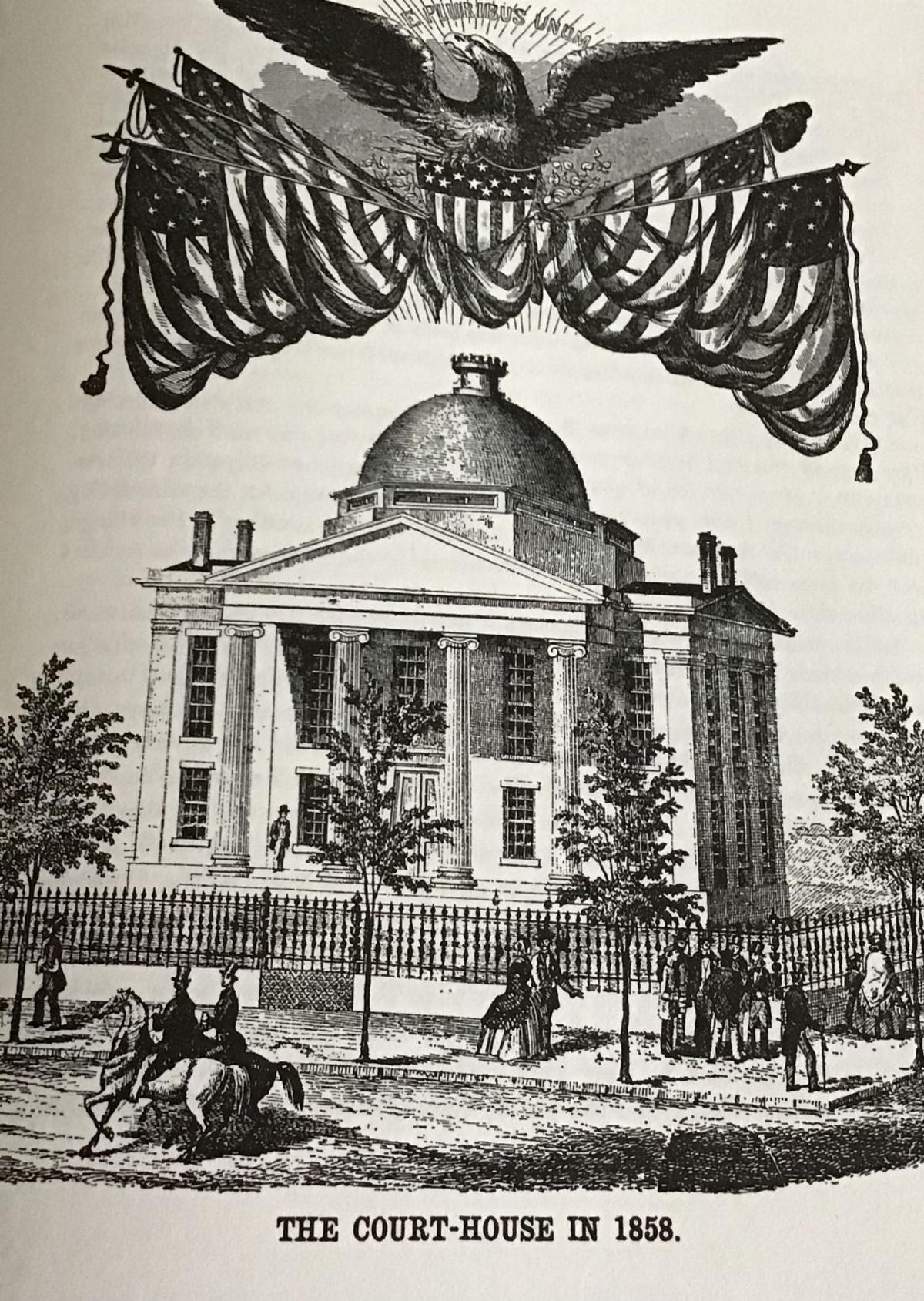 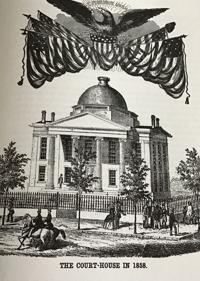 An artist’s rendering of the Wayne County Courthouse in Lyons in 1858. 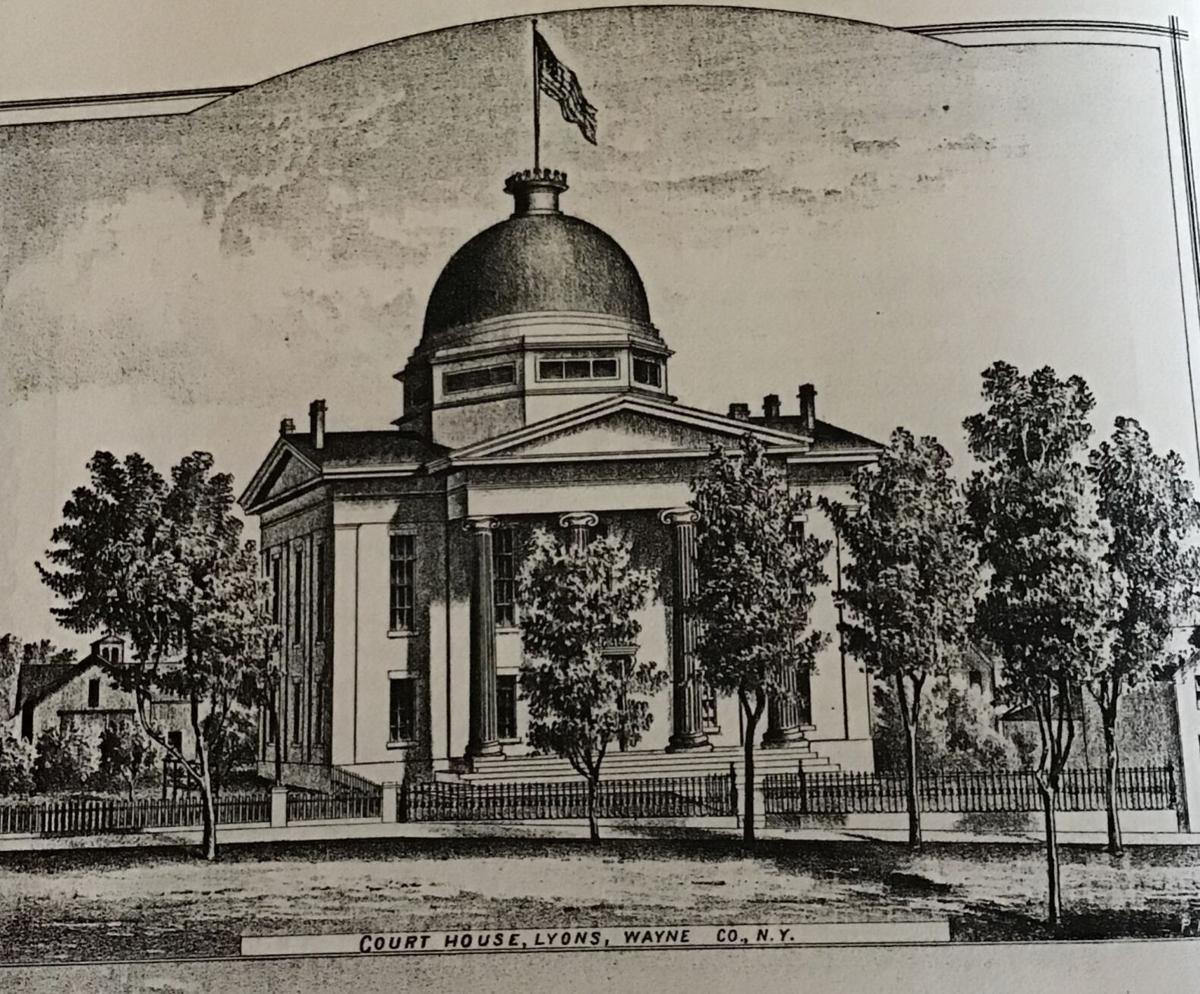 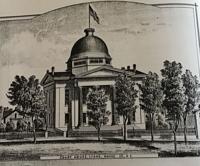 A pen and ink drawing of the Wayne County courthouse in Lyons. 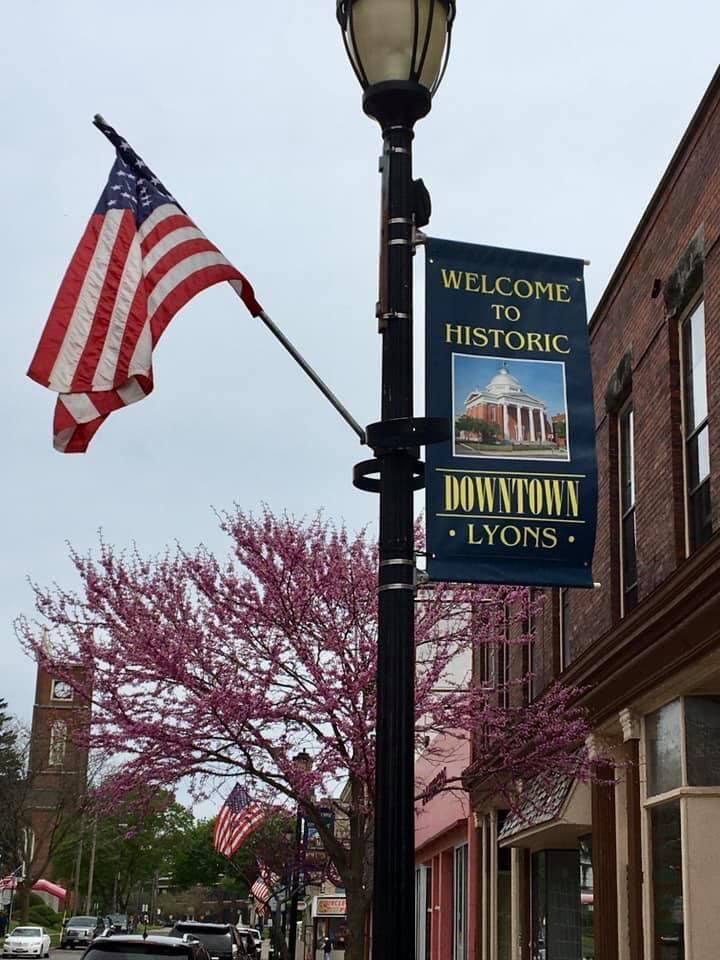 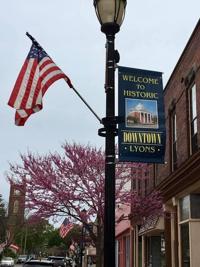 Decorative flags in downtown Lyons feature a photo of the Wayne County courthouse. 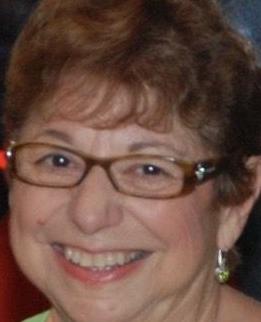 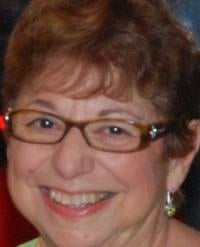 Patty Alena is director of the Lyons Peppermint Museum

This is the second courthouse constructed in the Wayne County seat of Lyons. On April 11, 1853, it was decided that a new courthouse would be built on the north side of the public square. It opened in 1854.

An artist’s rendering of the Wayne County Courthouse in Lyons in 1858.

A pen and ink drawing of the Wayne County courthouse in Lyons.

Decorative flags in downtown Lyons feature a photo of the Wayne County courthouse.

Patty Alena is director of the Lyons Peppermint Museum

In anticipation of the Wayne County Bicentennial year in 2023, I thought this might be a great time to explore why Lyons was chosen as the county seat. Why Lyons you might ask? How are county seats, let alone state capitals, selected?

If you look at today’s map (and I say today’s), you might deduce that a capital or county seat is chosen due to its location. And, of course, you might be right in assuming that in many cases.

However, you need to put yourself back in time when that capital or county seat was selected. A good example is New York state. Why Albany and not Syracuse? Which one is more centrally located? Syracuse, of course. But in the late 1700s, when some capitals were chosen, was western New York settled yet? At that period of time, Syracuse wouldn’t have been considered.

What cities were settled and growing at this time? Well, of course, New York City — and then there was Albany. New York City was considered, but government officials favored a more centralized seat. Albany at the time was situated where western, southern and northern New York could connect by way of the Hudson and Mohawk rivers; there was no canal to connect western New York and Syracuse. By 1890, the canal was widely used and Syracuse was chosen as the permanent site for the state fair. Why? It was centrally located.

That being said, Lyons became the county seat of Wayne County on April 11, 1823. The reasons are many: centrally located, water and transportation with the Erie Canal, a booming population and influential citizenry.

However, the selection wasn’t without some controversy. Wolcott wanted the privilege, too. So, what advantages did Lyons have over Wolcott?

• It was centrally located.

• It had water transportation (the Erie Canal).

• Its growing population. By 1825 and the completion of the Erie Canal, Lyons had doubled its population.

• Its industry and business.

Let’s take a look at the latter. Jacob Leach, a local businessman and canal contractor, was instrumental in the selection of Lyons as the county seat. Leach was a charter member of the first Bank of Lyons and a member of the Ontario County Assembly. The latter helped in the formation of present day Wayne County. Leach, a miller and a distiller by trade, was also instrumental in the construction of the Erie Canal. He contracted sections of the first canal construction and later sections of the Enlarged Erie Canal.

A commission to designate the county seat’s location was formed in 1823 and comprised of William Ford (Jefferson County), Oliver Ashley (Greene County) and Samuel Strong (Tioga County). They were chosen to ensure impartiality. Both villages, Lyons and Wolcott, provided prominent residents to plead their cases but in the end the commission proclaimed Lyons as its choice.

A second effort to change the seat

However, by 1896 renovations were again needed, and it was a perfect time for other towns to vie for the county seat. Both Newark and Palmyra took the opportunity to promote their towns. The citizens of Newark raised $50,000 to build a new courthouse there if it became the county seat. However, under the leadership of S.B. Gavitt, the president of Gavitt National Bank (it merged with Lyons National Bank in 1933), $17,000 was raised and converted into gold coins and dramatically presented to the Board of Supervisors as a gift to the county for courthouse renovations.

“On April 12, 1897, Mr. George Koester, Lyons Supervisor placed on a table before the county Board of Supervisors, a gift of the entire sum needed of additions and improvements to the courthouse ($17,500). Lyons remained the county seat.”

On Saturday, April 17, 1897, The Marion Enterprise reported: “Lyons people won the day by placing before the Board of Supervisors $17,500 in gold to be used in the repairs if the county buildings could be retained. This was a ‘hand with two jacks and an ace’ winning for Lyons by a vote of 8 to 7. Although Newark loses the county seat she saves $50,000 and wins $17,000 for the county by her effort. All should now bow to the inevitable and let the matter drop.”

The citizens of Lyons were elated. According to the Newark Courier, “the people of Lyons celebrated their victory over Newark in the Court House matter Tuesday evening, 13th, by firing a cannon. The town was ablaze with fireworks, and a large delegation of enthusiastic citizens headed by the Twenty-seventh Regiment Band, marched through the principal streets. According to all accounts they had one grand jubilee in Lyons on the night of the 13th. Many would not go home till morning, but when morning came, some of them were unable to go home. It is said that a large ambulance force was required to take care of the disabled.”

And that is how Lyons was chosen to represent Wayne County as its county seat!

Alena is a member of the Lyons Heritage Society and director of the Peppermint Museum.

Andrea Evangelist, “A Look at Lyons: History and Images of Lyons, New York"