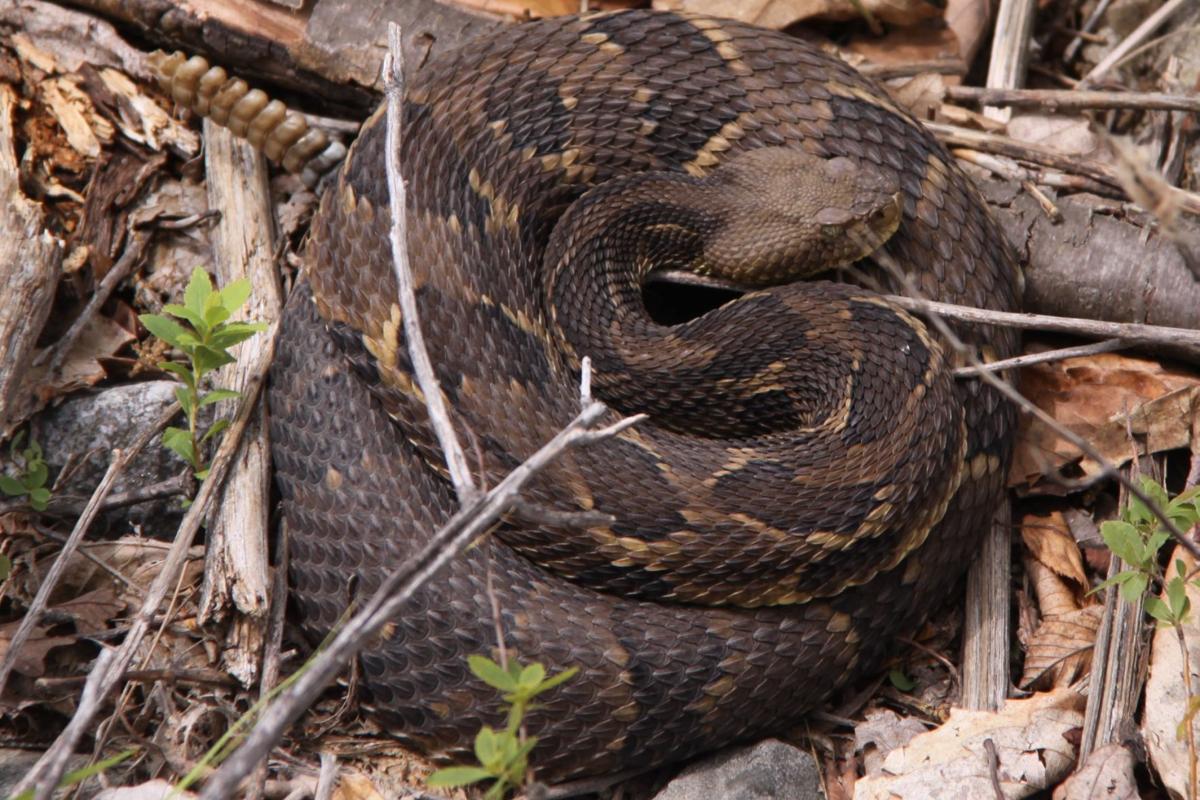 Rattlesnakes were not at all unusual in Yates County 200 years ago. 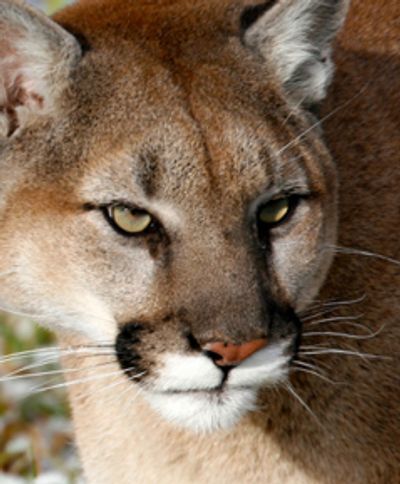 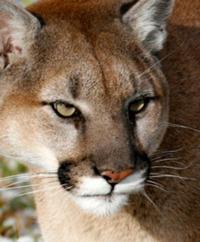 Now extinct in these parts, the Eastern cougar once ran rampant in the Finger Lakes and Yates County — and commanded a hefty bounty.

Rattlesnakes were not at all unusual in Yates County 200 years ago.

Now extinct in these parts, the Eastern cougar once ran rampant in the Finger Lakes and Yates County — and commanded a hefty bounty.

Although native to the region, bear sightings in the Finger Lakes often cause a flurry of excitement on social media. That’s true especially among visitors to the area, or when the bears happen to wander into more urban areas, such as the one sighted in the city of Geneva last month.

The first non-native settlers to Yates County had plenty of run-ins with bears, including a Mrs. Lennox, who lived in a log cabin near what is today the east side of Main Street in Penn Yan. A black bear broke into the family’s pigpen. Although her husband ran, Mrs. Lennox was determined to save their pork supply. She hit the bear with a frying pan, breaking it. The bear fled and the pigs were saved.

Many early residents could recall a close scrape with a bear. Although bears were a source of annoyance to these early residents — especially because of their preference for carrying off pigs — many of these settlers came from areas that also had bears so they were used to them.

It should come as no surprise that another nuisance was the squirrel, which ate huge amounts of cereal crops. Deer, while a plentiful source of meat and hides, ate from fields and fruit orchards to the irritation of early settlers. Foxes and coyotes — still present in the Finger Lakes — ate small animals, such as chickens.

Native Americans who had occupied present-day Yates County only hunted for what they needed, usually deer, and largely left other creatures alone. Non-native settlers, starting around 1788, took a different approach and sought to eliminate the animals. Hunts for bears, deer and squirrels were frequently organized to reduce the damage they caused to livestock and crops.

The animals that were native to Yates County and caused trouble for early residents would surprise many residents and visitors today. The most unnerving was probably the Eastern cougar, usually referred to by early residents as a panther or catamount. In fact, some New York state counties paid bounties for each cougar killed, the last being Hamilton County, which paid its last in 1894. Yates County paid $15 for its panther bounty in 1811, which roughly translates to $300 today.

The nocturnal big cats sometimes provided unwelcome company for early Yates residents traveling at night, especially in wooded areas. Calvin Clark, traveling in the town of Italy at the beginning of the 19th century, was forced to use his last bullet to kill a panther. In 1820, another Italy resident named Stoddard believed he heard a woman crying in the woods, only to find it was a panther. Some of these cougars went so far as to get remarkably close to houses, trapping people indoors until they moved on. Due to the danger posed to livestock, panthers were hunted with abandon and eliminated from the area, although sightings continued in parts of the state. In 1853, Tioga County hunters killed a panther that measured 11 feet long. The Eastern cougar has been declared extinct, although people in the Adirondacks occasionally report sightings today.

Wolves kept early Yates residents awake at night with their howling, particularly in the town of Barrington around Chubb Hollow and Crystal Springs. Flocks of sheep and herds of cattle were under constant threat. Stafford Cleveland claimed in his history that “thousands” fell victim to wolves, to the point where it became pointless to own sheep. While one could lose all his sheep and some cattle to wolves, bears were still pilfering pigs from their pens and foxes raided for poultry. The harm to livestock again caused the county to pass a bounty. The wolf bounty, like that for panthers, was up to $15 by 1811.

Many early residents left behind stories of dealing with wolves. Lois Pattison Spencer, who moved to the area near Kashong in 1788, recalled riding her horse many times to visit another family, and on the way back, as darkness fell, the howl of wolves came from both sides of her path. Alexander Porter of Italy Hollow once took his grain to the Friend’s Mill on the Keuka Outlet, west of Penn Yan. En route home, he was surrounded by wolves. Sadly, his horse became exhausted and he was forced to leave it behind to the wolves and run to the nearest home. In 1801, Jacob Arnold was nearly killed near Sherman’s Hollow Road when surrounded by a pack one night; neighbors hearing his shouts arrived to scare off the pack. Jesse Davis, a young surveyor in the Town of Jerusalem, worked with Joseph Jones after moving to the area in 1791. One night Davis and Jones found themselves surrounded by wolf howls, only to hear panther screams in the distance. They were forced to carry burning torches to keep the animals at bay. And one young couple wrote that when going out to attend church revivals at night, wolf and panther sounds accompanied them the entire way.

Both panthers and wolves could be frightened by lighted torches, but it was not guaranteed protection. Traveling with a dog was ideal, but a large pack of wolves would be unfazed by a dog. Travelers had to exercise extreme caution. After an exceptionally large, organized wolf hunt in 1811, the animals largely retreated from the county. But there was one more life-threatening creature that early residents had to contend with: the rattlesnake.

‘Crawling with snakes’The timber rattler is native to the area, although rarely seen now. Yates County was positively crawling with snakes, both venomous and non-venomous, when settlers began moving in. Around 1790, a family named Dayton moved to the area with the Universal Friends. Mrs. Dayton, attempting to knock a snake out of a tree on the west side of Seneca Lake, made a pile of wood and swung at the snake with a stick. When the snake fell into the lake, Mrs. Dayton’s perched slipped also, and she fell down the embankment into the water. Her tumble resulted in a compound fracture of her leg, which was tended to by the Public Universal Friend. Without pain relief or antibiotics, Mrs. Dayton’s injury was dangerous, although she lived many more decades.

Rattlesnakes enjoy sunny, rocky areas. According to early histories of Yates County, the western side of Barrington and the town of Italy, with its hills and dense forest, were particularly plagued with rattlers. A Mrs. Hooker in Italy at the turn of the 19th century claimed to have seen a pile of rattlesnakes as large “as a bushel basket,” and another Italy resident in the same era stated that he had eliminated 314 from his property. An early resident in the area near Crosby in Barrington found nine in one day. A Mrs. Fuller, who moved to the town of Middlesex in 1816, recalled counting 11 rattlesnakes on her property, and that a child in the McNair family was bitten by one. Although the little girl did not die, she was severely injured and paralyzed for some time.

Although the Public Universal Friend was the resident healer in the 1790s, one of the followers of this sect, Castle Dains, claimed he could heal rattlesnake bites. Dains knew of a plant in the woods that would heal the bite. It is probable he was looking out for the Eryngium yuccifolium, long believed to cure rattlesnake bites. (Obviously, a trip to the hospital and antivenom is necessary if bitten by a rattler). The real hero to early Yates residents, though, was the wild hog. Running through the woods and unbothered by its venom, the hogs supplemented their diets by hunting the rattlesnake. Over time, the rattlesnake population dwindled as these hogs feasted on them and the increasing human population killed them. Like the panther, the rattlesnake still haunts parts of New York state, although not on the level early Yates residents encountered.

The Yates County you would have seen 200 years ago would have been unrecognizable for many reasons. One was the flora and fauna you would have encountered outside your door, and the extreme caution you would have to take just for a trip to the woodpile or a ride to church. With the state of nonexistent or primitive medicine, every journey was a risk long ago in these parts.