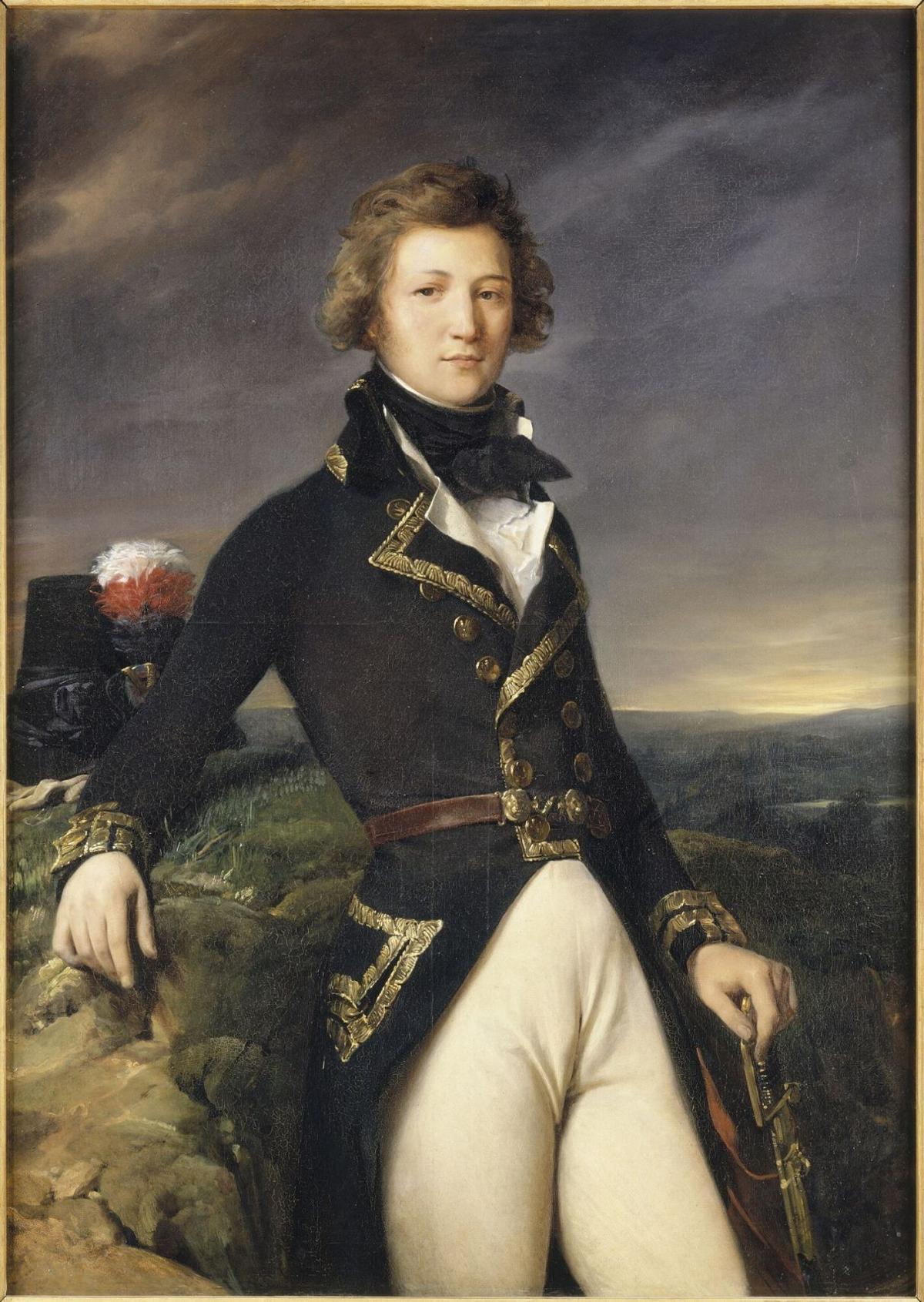 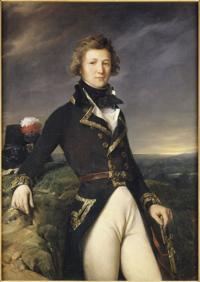 A 1792 portrait of Louis Phillippe, who visited Yates County years before he was installed as king of France. 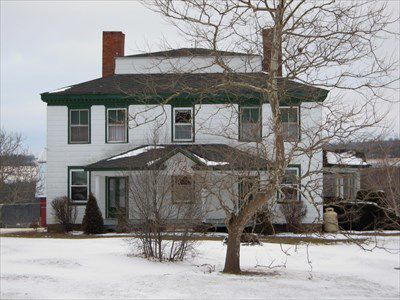 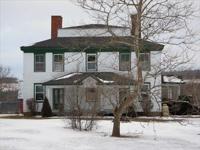 The Potter Mansion on Voak Road was constructed around 1790. Its owner, Benedict Arnold Potter, hosted the future king of France (Louis Phillippe) in 1797. 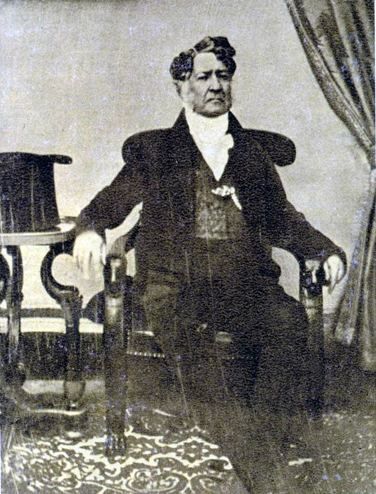 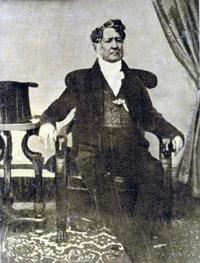 A 1792 portrait of Louis Phillippe, who visited Yates County years before he was installed as king of France.

The Potter Mansion on Voak Road was constructed around 1790. Its owner, Benedict Arnold Potter, hosted the future king of France (Louis Phillippe) in 1797.

A recent letter to the Yates County History Center questioned why a particular house in Potter does not have a historic marker, noting that it had been a stopping place for the Marquis de Lafayette.

I knew the Marquis traveled through the area during his epic 1824-25 tour of the United States, but did not stray south of Geneva. Curious, a devoted volunteer (Sue Stork) and I delved into the history of the home in question, and found something even more extraordinary than a visit from “America’s favorite fighting Frenchman,” who did manage to stay in many places in the United States.

On Voak Road, a rural thoroughfare through the Town of Potter, stands what is known as the Potter Mansion. Built around 1790 by the unfortunately named Benedict Arnold Potter, the rambling Georgian-style house remains an impressive example of 18th century architecture. A center-hall style house, it features a fireplace in every room, an unusual luxury in 1790. A towering two-and-a-half stories, with eight main rooms (and even a secret, hidden one), it is large even by today’s standards. It dwarfed the modest cabins most Americans occupied in that period. Potter intended to turn the half-story attic into a Masonic lodge, but never finished the project.

Potter was the son of Judge William Potter, a wealthy Rhode Islander and follower of the Public Universal Friend, a charismatic religious leader who claimed to be the embodiment of a genderless spirit. Founders of the Friend – including the Potter family – were the first non-native settlers of Yates County, arriving between 1788 and 1790. It was shortly after this arrival that the younger Potter (who wisely went by Arnold) made huge land purchases totaling 42,000 acres, including the township that today bears his name, and built his grand home.

The Potter Mansion is an important part of Yates County history not just for its age and beauty, but also because of its interesting connection to this enigmatic religious leader. More surprising, though, is the home’s tie to the French royal family.

In 1789, just before the mansion was constructed, France erupted into revolution. The aristocracy and royal family toppled, and many were executed. Aristocrats who were able to flee France did, with some ending up in the United States. A few traveled through western New York, en route to Canada. This is what attracted at least one French nobleman, the Duc de la Rouchefoucauld-Liancourt, to visit and stay at the Friend’s home.

Around the time of the Duc’s visit to the Friend, Arnold Potter traveled to Philadelphia on business. While there, he met another French aristocrat in exile. Louis Phillippe, Duc d’Orleans, was only about 23 years old. Although related to the royal family, Louis Phillippe and his father had supported the French Revolution. Louis Phillippe even joined the French military that had deposed the Ancien Regime, but their support did not spare his father from execution. This, paired with the unsettling radical turn the revolution took, prompted Louis Phillippe to flee. For several years, he strayed through other parts of Europe, including Switzerland, where he taught school; London; and northern Scandinavia. Assisted by American statesman Gouverneur Morris, he found himself in Philadelphia, where Potter encountered him. Potter, who enjoyed entertaining important guests, immediately invited the young aristocrat on an extended visit to his home. Louis Phillippe, sad about an unsuccessful romance with Abigail Willing of Philadelphia, accepted.

It was 1797 before Louis Phillippe could take Potter up on his offer of hospitality, however. Joined by two brothers and a few servants, Louis Phillippe set off to see the backwoods of the new United States. The young men wore buckskin clothing and carried silk suits in their luggage, just in case. After stopping to visit George Washington, they trekked through the wilds of 1790s Tennessee, Kentucky and West Virginia, and wended their way as far south as New Orleans. They witnessed bar brawls and stayed in grimy taverns, where they were fed repulsive food. At one point, Louis Phillippe, tormented with bedbugs, jumped into the Tennessee River. The group visited a Cherokee reservation and witnessed a lacrosse game. Eventually, they headed north and found themselves in western New York.

First visiting Niagara Falls, which Louis Phillippe’s artist brother later recreated in an oil painting, they then went to Rochester, which Louis Phillippe remembered as a “mud hole.” They traced their way around the Finger Lakes, stopping in Avon and Canandaigua and even sailing down Seneca Lake. Louis Phillippe’s brother wrote, “We have spent fourteen nights in the woods, devoured by all kinds of insects, soaked to the bone, unable to get dry, eating pork and sometimes a little salt beef and corn-bread.”

From Potter to King of France

Finally, they arrived at the Potter Mansion, with its spacious rooms and ample fireplaces, which must have been welcome relief after the drafty and rustic cabins and taverns where they stayed in most places. According to local lore, Louis Phillippe, an avid fisherman and hunter, enjoyed spending hours angling in Sugar Creek behind the mansion. For a time, the branch of the stream he preferred was even called “Phillippe’s Creek” by the locals. Another piece of lore indicates that a young girl in Potter fell in love with him and died unmarried after he left.

Eventually the group made its way to Elmira and back down to Philadelphia. He and his brothers returned to France, and in an odd turn of fate Louis Phillippe became king in 1830. His cousin, Charles X, was overthrown in the July Revolution and Louis Phillippe was installed on the throne. Styled Louis Phillippe I, King of the French, he was on the throne for 18 years before being deposed in 1848 for being too authoritarian.

In the years after the future king’s departure, the Potter Mansion was a tourist stop. Arnold Potter died in 1810 and eventually the memory of the future French king’s visit faded. However, more than 50 years after his visit to Potter, Louis Phillippe’s grandson sent a portrait of the king to the Potters and wrote a letter thanking them for their kindness to Louis Phillippe, who had spoken well of them. (There is evidence that Louis Phillippe also sent a church bell to one of the wild Kentucky towns he briefly inhabited). Although he was known as a despot during his time as king, Louis Phillippe held fond memories of his travels through the rough, backwoods parts of the United States.

In an interesting footnote, two of Louis Phillippe’s grandsons went on to join the Union Army and fight in the American Civil War. It is evident that although he was not suited to rule, he spoke well to his family about his time in America, and that included his brief sojourn in Yates County.

Noel is executive director of the Yates County History Center.