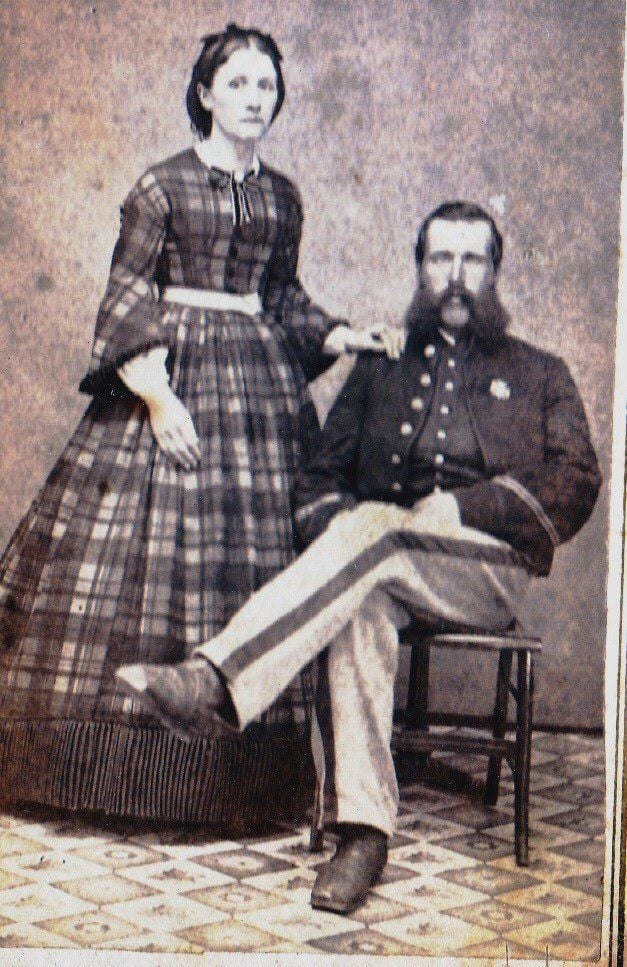 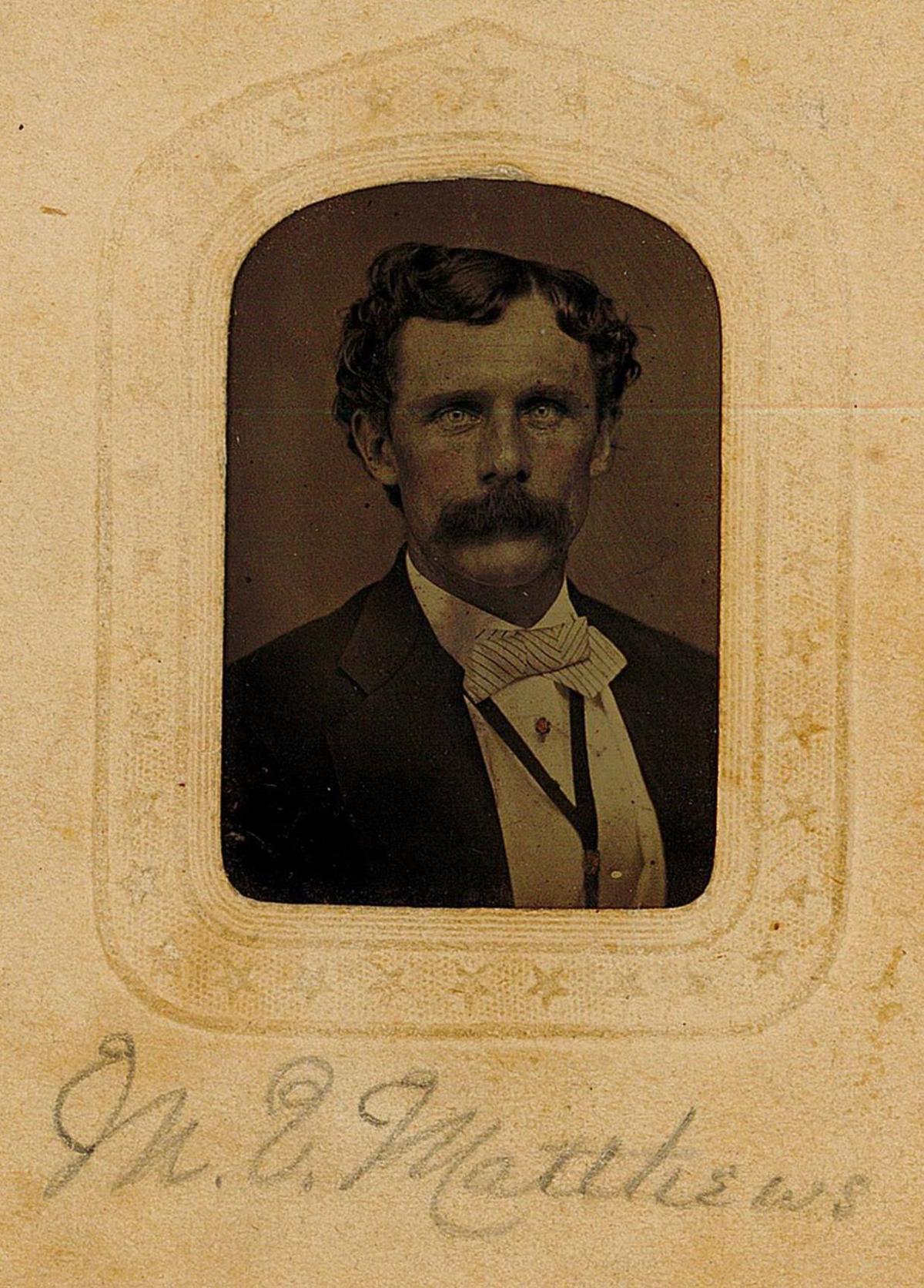 Martin Van Buren Matthews served as a skilled craftsman during the Civil War. 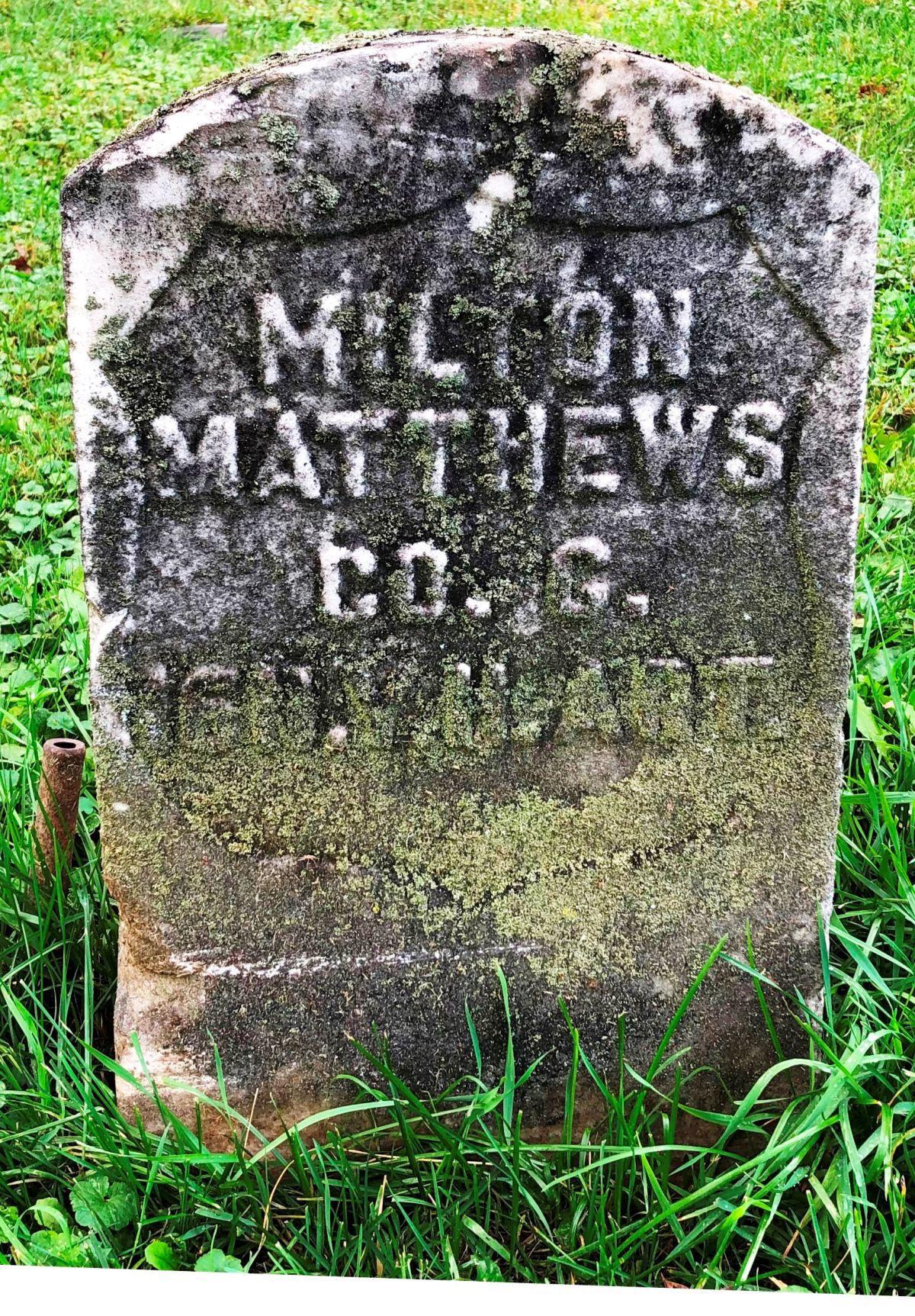 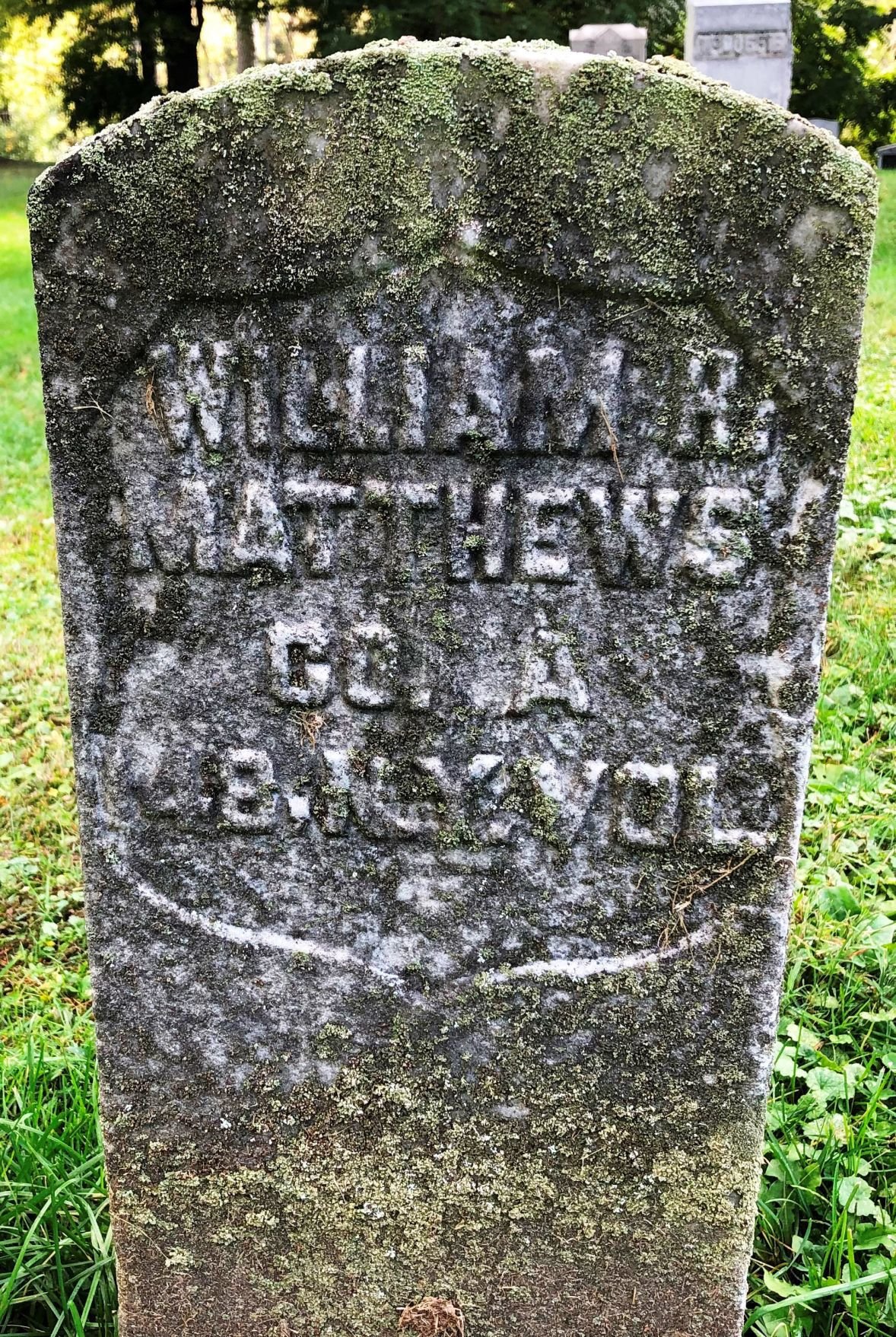 William Matthews enlisted in 1862; he was only 15 and lied about his age.

Martin Van Buren Matthews served as a skilled craftsman during the Civil War.

William Matthews enlisted in 1862; he was only 15 and lied about his age.

All the photos are provided by Roberta Fisher.

For this Veterans Day weekend, it is appropriate to write about the Matthews brothers of the Canoga area who served in the Civil War.

George B. and Hannah Shirtz Ruthrauff Matthews had six sons and one son-in-law who served in the Civil War.

George B. Matthews (1800-1884) was born in New Jersey. When he was just a young boy his parents and siblings moved from New Jersey to the Canoga area. His wife Hannah S. Ruthraff (1808-1884) was born in Pennsylvania. They had seven sons and two daughters. George died on Dec. 8, 1884, about two months after his wife Hannah had passed on Oct. 11, 1884. George was a farmer in the town of Fayette for most of his life.

Second oldest son Martin Van Buren Matthews enlisted on Aug. 20, 1862 {span}at age 24{/span} as a private in Co. I 50th Engineers. He was an artificer (skilled craftsman). He was mustered out of service on June 13, 1865 at Fort Berry. Martin was born March 25, 1838. After his Civil War service he lived in Washington, D.C. and died there about 1883. He and his wife Virginia had two sons and four daughters.

Third oldest son Hiram Eddy Matthews enlisted at age 22 on Oct. 23, 1861 as a private in Co. K 19th NY Infantry. He was later promoted to the rank of corporal in the 3rd NY Artillery. He was discharged on June 2, 1863. Born Oct. 11, 1839 in the town of Fayette, he married Jennie Jones of Union Springs on July 3, 1863. They had a son and a daughter. Following the war he was a farmer in the Springport (Cayuga County) area.

The sixth oldest son was William Henry Matthews. Probably lying about his age (saying he was 18 when he was really only 15), he enlisted on Aug.14, 1862 as a private in Co A 148th NY Volunteers. This means that William and his brother George were both serving in the same company. He died of typhoid on March 18, 1864 at the Yorktown hospital and was buried in Yorktown. The two brothers who served in the same company were the only brothers to die during the war. William Henry Matthews was born Dec. 10, 1847, making him apparently only 16 at the time of his death.

The son-in-law who served in the Civil War was Henry S. Ruthrauff, husband of Emma V. Matthews, the fifth child of George and Hannah Matthews. Henry S. Ruthrauff was born Oct. 10, 1837 in the town of Fayette, the son of Henry and Susan Seibert Ruthrauff, and moved to Seneca Falls as a young man. He married Emma Matthews at the Waterloo Presbyterian Church on Nov. 27, 1859, and enlisted at age 26 as a private in Battery D 3rd Light Artillery on Feb. 17, 1864. He was discharged from service on Aug. 27, 1865. The 1870 census lists Ruthrauff as being a grocer in Seneca Falls. The 1894 county business directory lists him as a contractor and builder, living at 123 Ovid St. in Seneca Falls. On Sept. 16, 1921 he resigned as superintendent of Restvale Cemetery in Seneca Falls after completing 22 years of service. He died on Oct. 16, 1925, and his obituary indicated that he had been a police officer for 10 years. The obituary also stated that he was one of the eight original members of the Cross Post of Civil War veterans still living in 1925 (out of the original 400 Post members). His wife, Emma V. Matthews Ruthrauff, died on Aug. 20, 1920; she and Henry S. had been married for more than 60 years.

The other son-in-law of George and Hannah was William S. Blakeney who married Mary C. Matthews. Roberta Fisher, a descendant who lives in Seneca Falls, said, “While it seems a slew of Matthewses went off to war, the family story was that William Blakeney, who married Mary Matthews, the sister of all those boys, paid to be exempted from the service.” (The Conscription Act passed by the U.S. Congress called for registration of all males between the ages of 20 and 45, including aliens with the intention of becoming citizens, by April 1. Exemptions from the draft could be bought for $300 or by finding a substitute draftee.) Fisher added that the $300 he paid was “a hefty price back then.”

“My father (Sterling P. Fisher) took me to the Canoga Cemetery to show me the Matthews brothers’ graves when I was young,” Fisher said. “I’d forgotten about them until my daughter, Janina, met up with the man who became her husband. Matt Enger was very interested in the Civil War and I took them there.”

In recent years Fisher has pursued learning more about her ancestors’ military service and enhancing the status of their gravestones in the Canoga Cemetery.

Since Veterans Day is a federal holiday honoring military veterans, it is noteworthy that this one Seneca County family had six of its seven sons (with the youngest son simply too young to serve) and one of its two sons-in-law all serving in the Civil War. As Seneca County historian, I am not aware of any other Seneca County family that has ever had that many veterans.