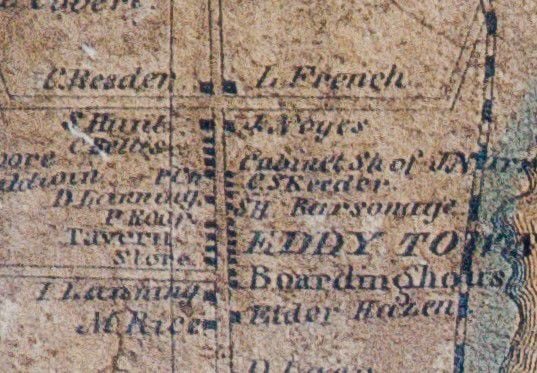 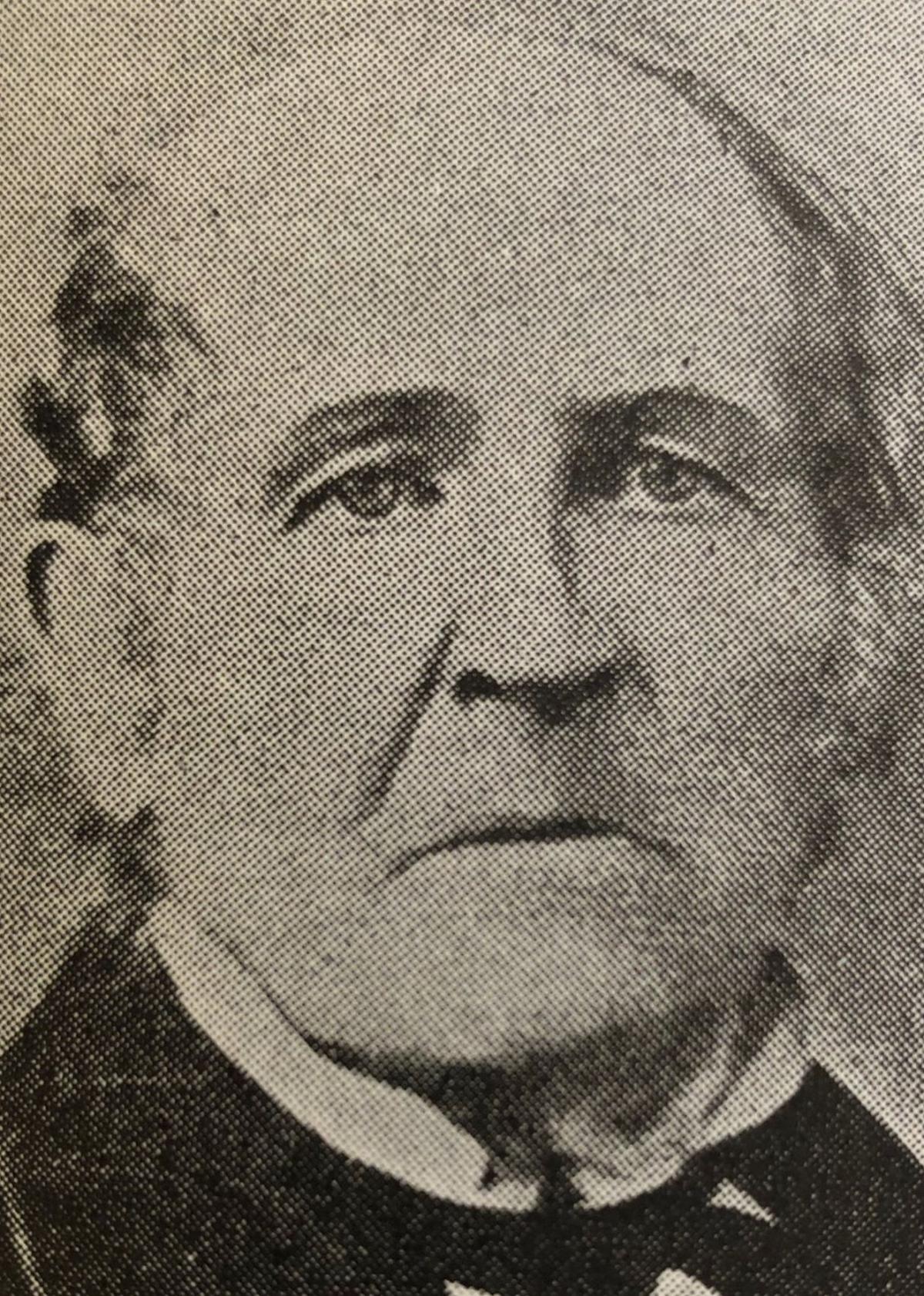 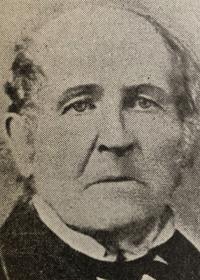 Isaac Lanning of Lakemont, Yates County, was a community pillar in the early 1800s and an abolitionist. 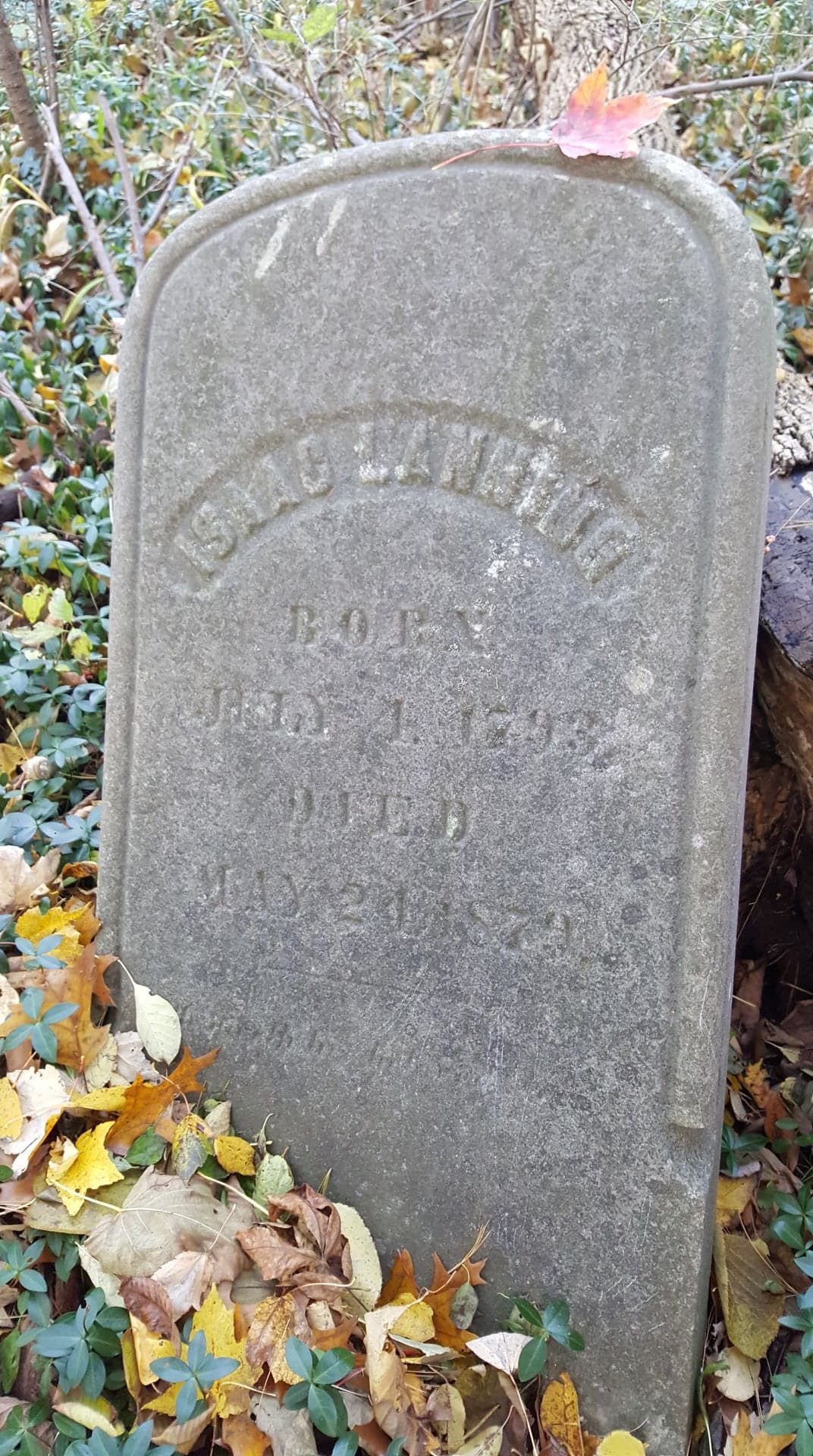 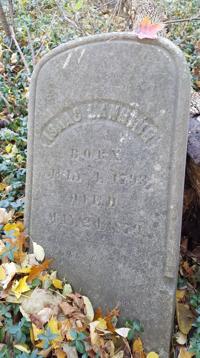 Isaac Lanning of Lakemont, Yates County, was a community pillar in the early 1800s and an abolitionist.

Today, the hamlet of Lakemont sits quietly along the Lakemont-Himrod Road in the southeast portion of Yates County. Part of the Town of Starkey, Lakemont began its life in the 1790s and was originally named Eddytown after its founder, William Eddy (it was not renamed Lakemont until 1902).

Eddytown was soon populated by families moving from Connecticut, Vermont and New Jersey. It was one of these New Jersey-born residents who was later involved in a terrifying incident that illustrated the political and social problems being played out on the national stage, right there in Eddytown.

Isaac Lanning was born July 4, 1793, in Suffolk County, N.J., and moved to Eddytown as a 13-year-old boy. He attended the log school in the hamlet and trained to be a blacksmith. At 19, he enlisted in the military and left to fight in the War of 1812, which came close to home as the British attacked New York state from the Canadian side of Lake Ontario. After the war, he returned to little Eddytown and married Catharine Swarts, moving with her to a log cabin on the west side of the Lakemont-Himrod Road near Beam Road. For the rest of his life, Lanning hovered around this intersection, finally building a new, frame house on the corner and a blacksmith’s shop, where he operated the first blast furnace in Yates County.

Lanning became an important figure in the Town of Starkey and in the whole county. He was the town’s supervisor, the county’s Overseer of the Poor, tax commissioner and loan commissioner. By 1831, Lanning had joined the Anti-Masonic Party, running for sheriff on that platform. The Anti-Masonic Party sprung up after the strange 1826 disappearance of William Morgan, a former Mason turned critic of the society. The Anti-Masonic Party espoused anti-elitism in politics and many prominent and founding members were also staunch abolitionists. Lanning may have disapproved of slavery before his involvement in the party, or been influenced by the abolitionist tone of the party’s newsletters. No matter where his opinions originated, he was actively fighting slavery from Eddytown.

One morning in the summer of 1830, men from far-off Virginia sped through the hamlet on horseback. They were looking for six men who had escaped from slavery in Virginia and were suspected to be in Yates County. Lanning, who was known to hide freedom seekers in the community, acted at once. He knew exactly where the men were; it is likely he arranged for them to be there with a network of fellow abolitionists. He dispatched his young neighbor, John Royce, to warn three of them who were working in Milo fields owned by Silas Spink. He told Royce to send the men to Henry Bradley in Penn Yan, another staunch abolitionist.

Lanning himself joined Patrick Quinn and Abner Chase to warn the other men, two of whom were working for Zenas Kelsey and one at Red Mill. Unfortunately, they were too late. The Virginia slave catchers had already abducted the men. Catching up to them, Lanning said, “You won’t take them back.” The slavecatchers pulled out weapons, to which Lanning replied, “You had better put up your swords, for they are not going to be taken back till you show your authority. There has been kidnapping enough in the State of New York already.”

The men were lodged in an Eddytown tavern and a crowd of 200 people assembled. The next day, the local justice of the peace reluctantly admitted the slavecatchers had the law on their side. Before they left New York, the Virginians looked for the men who escaped from Spink’s farm. They were given false tips by Starkey residents and looked in vain. Unable to find the missing men, they returned to Virginia. The names of the men who escaped the slavecatchers and those who were captured went unrecorded, although their decision to escape was difficult and fraught with danger.

How did these slavecatchers end up in tiny Eddytown and why were they permitted to abduct these men? The answer goes well back into the history of slavery in America. Starting around 1700 in Southern colonies, slave patrols were required to roam the woods at night, looking for escaped slaves. Anyone caught was brought back to their enslaver, often with dire consequences. In 1793, Congress — which was dominated by men from slave states — passed the first Fugitive Slave Act, which gave federal support and aid to enslavers by allowing them to retrieve freedom seekers, even from states where slavery was illegal. The same Act proclaimed that anyone caught aiding or abetting freedom seekers would be fined $500, a sum worth almost $13,000 in 2020. The Act was strengthened in 1850.

It was this Act that provoked the business of slavecatching, where men would be hired to head into Northern states and kidnap the escaped. People made a whole career of this legally sanctioned kidnapping. There were many instances where slavecatchers also abducted Black people born in free states. And although it may seem that slavecatchers would usually head to cities or well-populated areas, scenes like the one in Lakemont happened in tiny settlements all over the rural North. Because of this, freedom seekers were not truly safe until they reached Canada. The notable Jerry Rescue in Syracuse on Oct. 1, 1851 — when townspeople led by Jermain Loguen, who himself escaped slavery, rescued a freedom seeker caught by slavecatchers — is a famous example, but there were many similar, earlier instances that have not made history books. This is what Lanning referred to when he stated that there had been kidnapping enough in New York.

The Fugitive Slave Act not only provoked slavecatching, it also spurred the abolitionist cause. While some Americans at that time disapproved of slavery, the Act coalesced them into a more formal organization and brought others into the movement. Abolitionism became heated in New York, with churches starting to preach against slavery, anti-slavery groups forming and abolitionist newsletters finding their way into homes across the region. Some abolitionists went further and aided freedom seekers by providing transportation and places to hide. Many of these, like Loguen, had escaped bondage themselves. Others were well-known businessmen or politicians right here in New York state. But many remain largely unknown to history, such as Lanning and his neighbors in tiny Eddytown.

After the slavecatching incident, Lanning ran for sheriff. His first wife died and he married twice more, raising a family of eight children and never leaving Eddytown. In acknowledgment of his abolitionist feelings, he named his youngest son Seward, after William Henry Seward of Auburn, Lincoln’s secretary of state. Lanning died in 1879 and is buried just a few hundred yards from his home at the intersection.

Isaac Lanning is one of the figures discussed in the new exhibit on Yates County abolitionists and freedom seekers at the Yates County History Center. Call (315) 536-7318 to make an appointment to view the exhibit.